If you're cycling or walking around Southwold, here's a point of faint interest, perhaps? Be warned, though, there's nothing here selling anything so you might want to bring a picnic.

The remains of St Andrew's Church are pre-17th century and date from more prosperous, mercantile times. 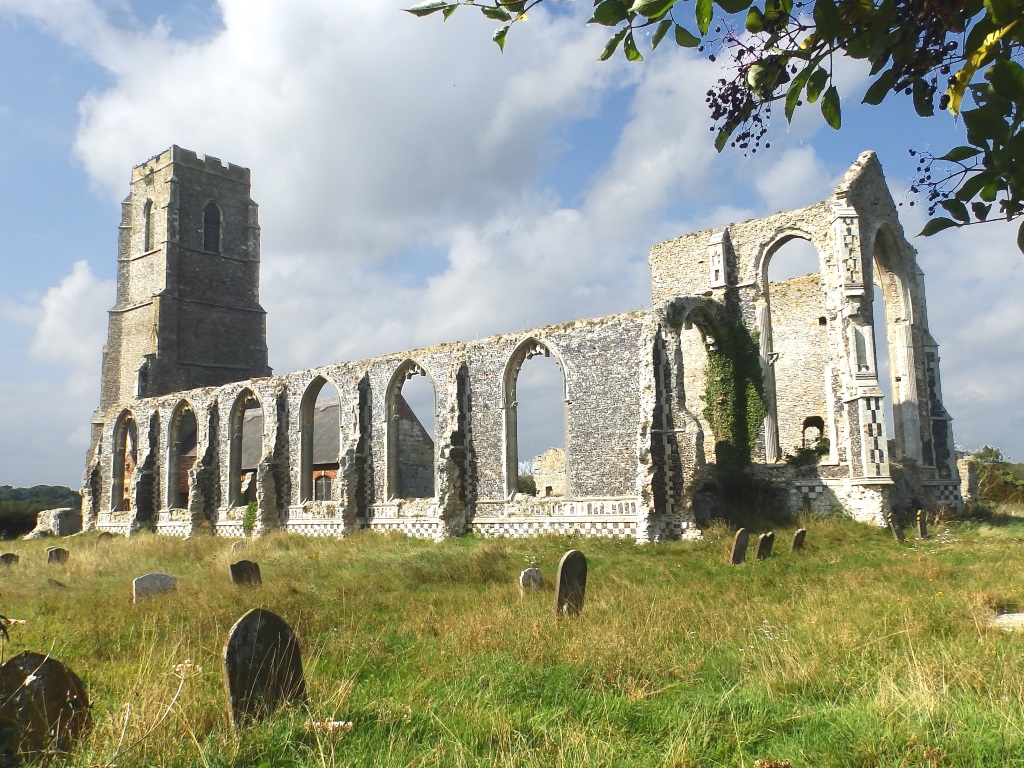 Times when this was all a port and times before the North Sea chewed up the landing quay before starting to nibble on the cliffs.

Follow the signed diversion to get to the beach, the obvious track prohibits pedestrians and there are warning signs of danger of death by dying! Strange?

Not so because if you're not such a big scaredy-cat, the track brings you here. Careful now, if you want to check out the fragile cliffs from above, you don't want to end up dead by dying! 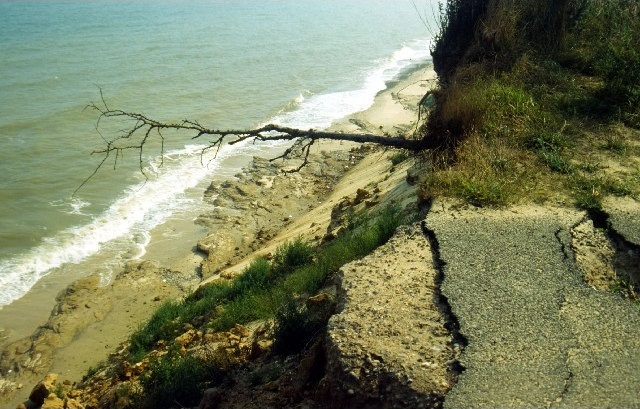 Estimates vary about how long it is back to the church, as little as 25 years some reckon. The towel has been well and truly thrown in on the erosion front since any form of defence is likely to shift the problem down to the much more significant Southwold and nobody would be wanting that now, would they?

Remember the hilarious Monty Python sketch 'The First Man To Jump The Channel'? No? Well, some of it was filmed down there and no, SlyBob never really got them, neither.