Up in North Norfolk, it's hard not to like Holt even if Budgen™s' parking is prohibitively expensive[1] meaning you skinflints shan't be spending more than a couple of hours here. 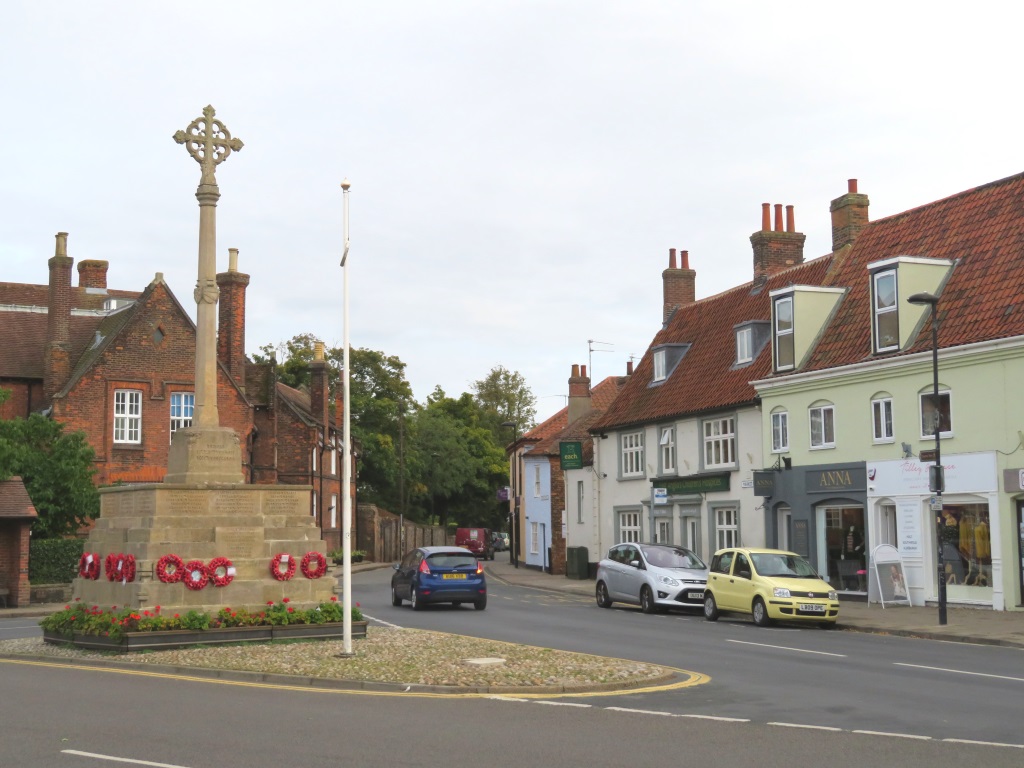 Budgen™s? No? Never heard of them, neither. If you're from north of Leeds, a chain of small, definitely not budget supermarkets that sit somewhere between Sainsbury™s and Waitrose™.

Each one is locally and independently run, however that works, although Tesco™s are in the process of swallowing them up and it's known how that greedy conglomerate works, right shoppers?

[1] That's assuming it's been rebuilt after burning down in June 2020.

Speaking of budgets, there's very little here if you're on one and the courtyard and high street shopping could best be described as 'frivolous'. 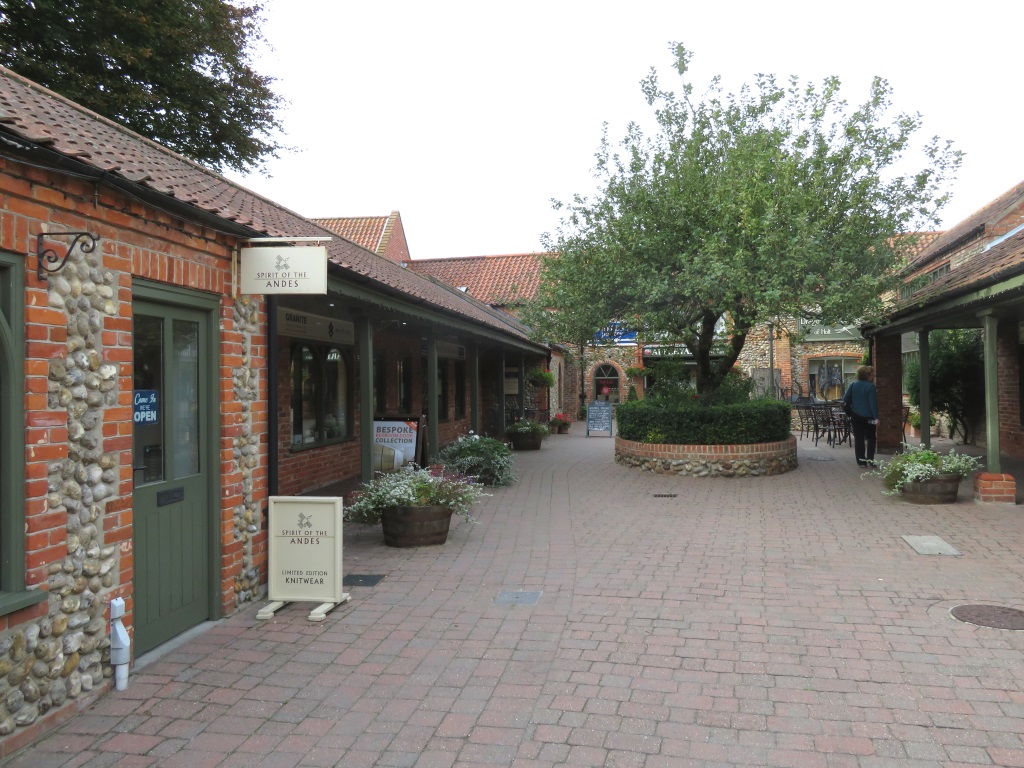 Spirit of the Andes™ did a nice line in alpaca knitwear so, yes, it's a little bit that kind of place and Holt is the single reason why Fakenham has no visitors even though they've got a Tesco™s.

To confirm Holt is that kind of place, head along the high street to Bakers & Larners of Holt[1], a proper old-skool department store with most of your departments covered. 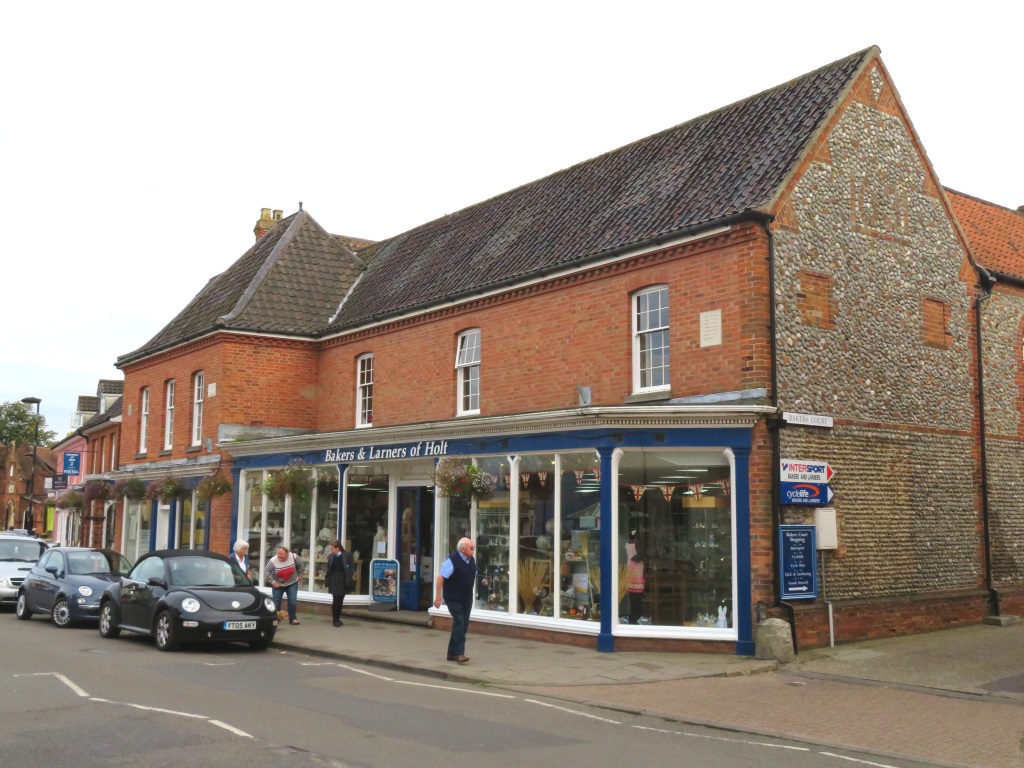 The staff are formal, all in fear of a Captain Peacock type strutting between floors, probably, but they're all fairly free although this was just before closing.

The food hall just about meets their 'Exceptional'[2] claim and they even run the local Budgen™s, at least they do until Tesco™s invade or when it burns down.

[1] Just in case you're confused as to where you are today.
[2] Their words, not SlyBob's.

There's old-skool of a different kind over the road, a newsagents that smells just like the ones they used to have in the '70s... 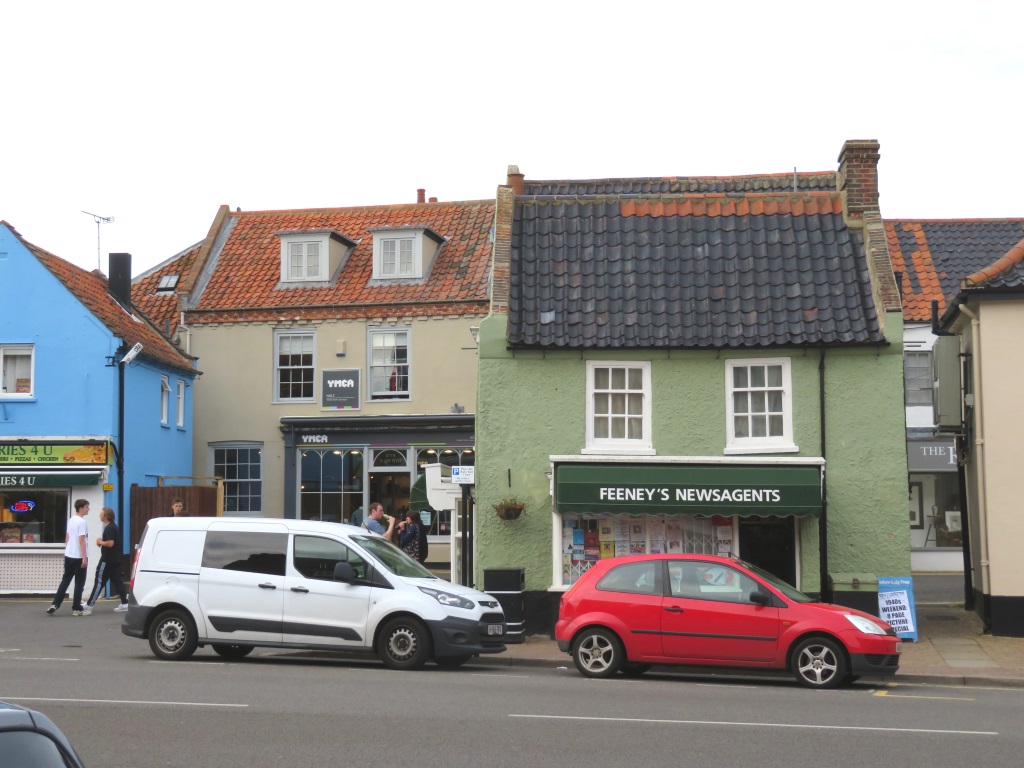 The narrow streets, lanes and courtyards opposite the Kings Head are home to most of the posh shops. Cobbles abound on the walls in this area and this traditional, regional, building material is none more evident than along Albert Street. 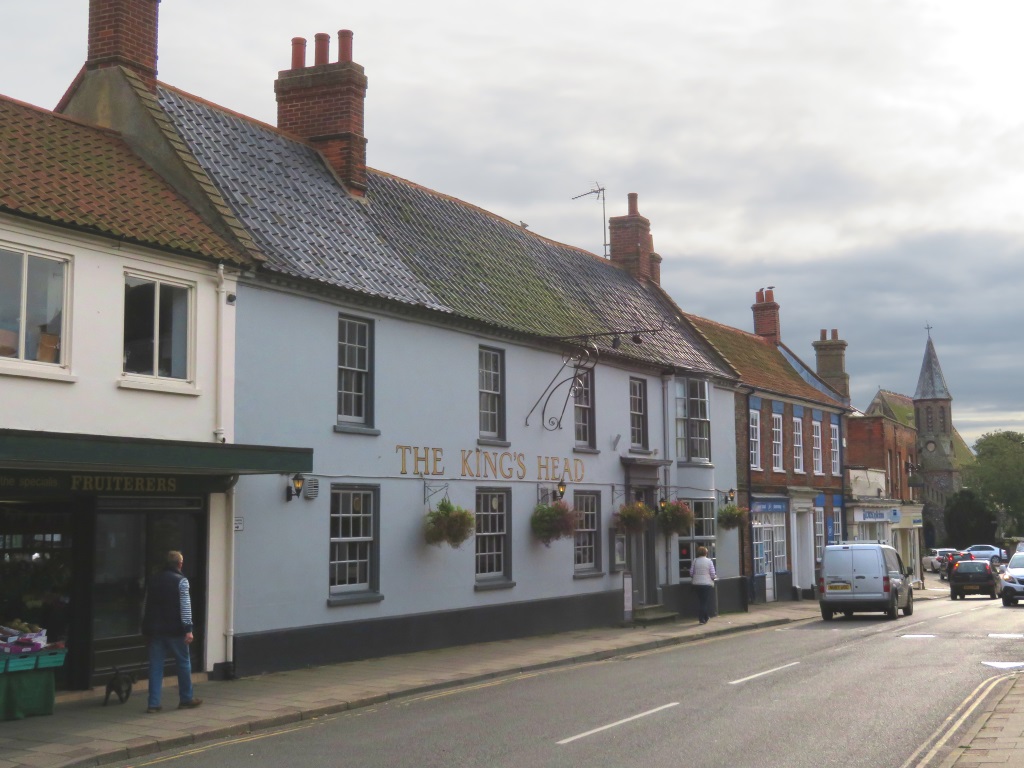 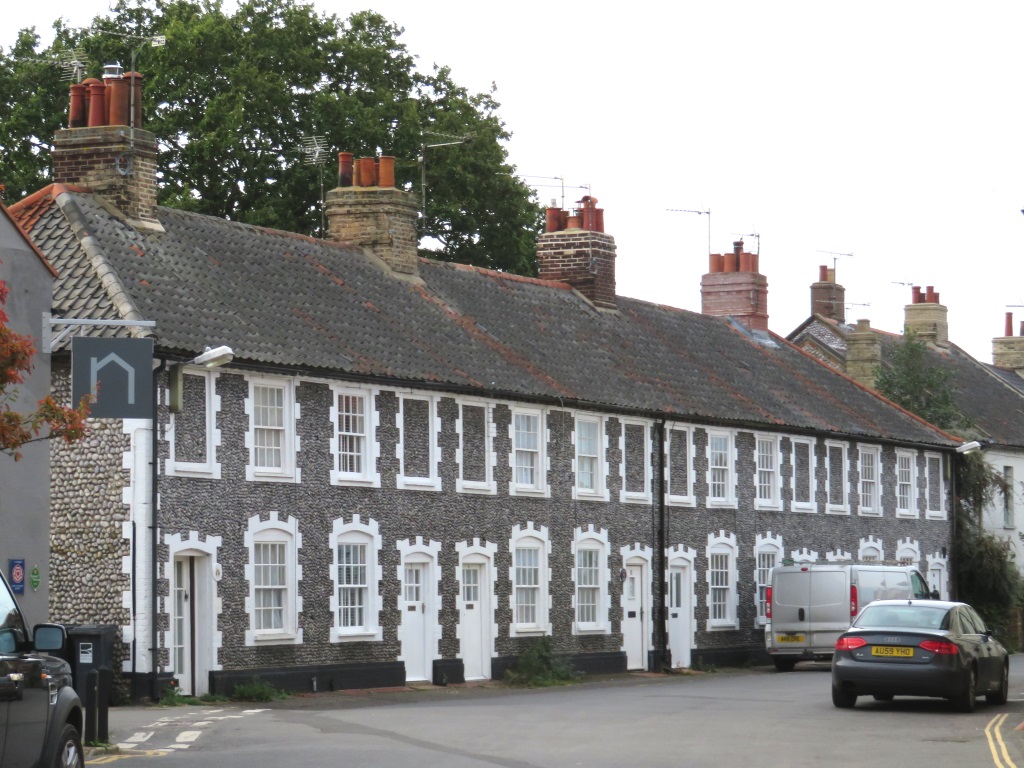 This terrace looks to be lived in but most of the other buildings have been adapted for the retail, the recreational and the remedial. This is now the local optometrists but if you've paused for a pic because it has particularly caught your eye, they're unlikely to be getting any of your business, eh? 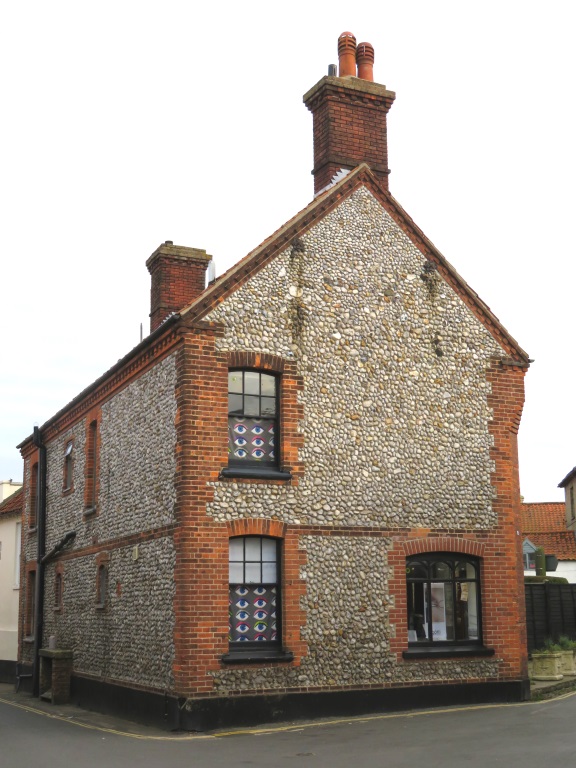 World famous, in Norfolk, and an institution in Holt. 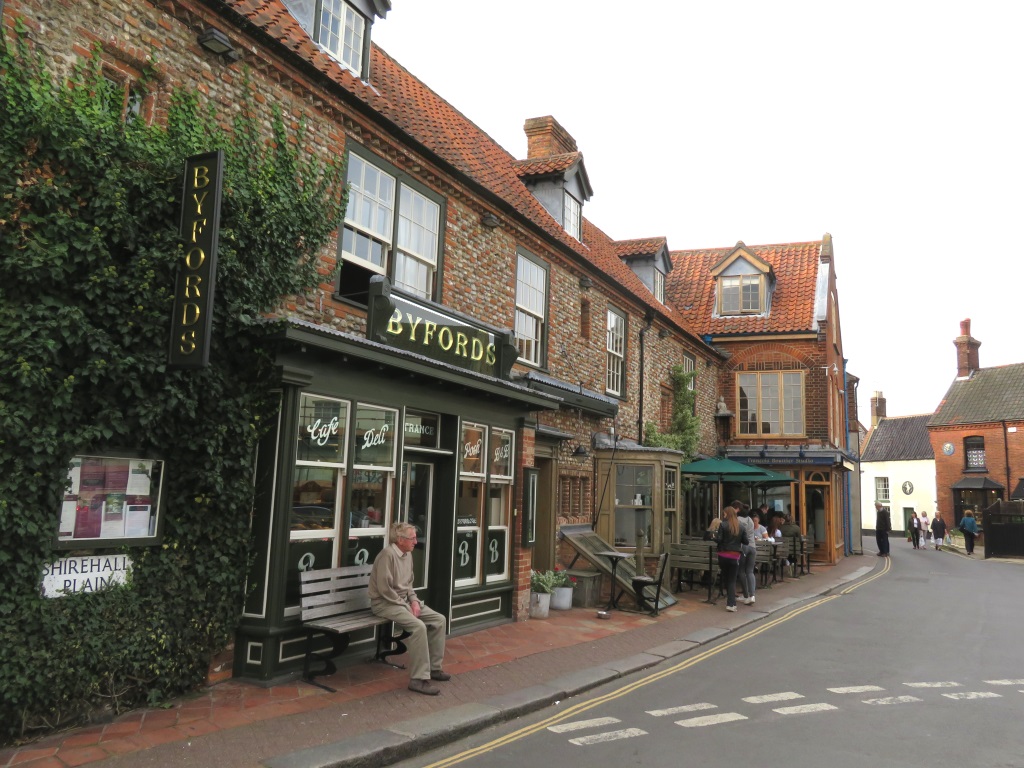 They also do 'posh' B&B and they're queuing out of the door most days.

Just the three rooms but run by Byfords, see above, who provide the breakfasts. The restaurant downstairs used to be a straightforward steakhouse that's since been ditched and switched to something for everyone.

That comes as no surprise since SlyBob stayed here once, you see, and 'well done' to them for their interpretation of medium rare.

Holt is the end of the Poppy line for the North Norfolk Railway, a heritage steam operation that runs the five-or-so miles from Sheringham.

You're sold on the steam but you might have to make do with a diesel, either this one or a big, scary locomotive one that they used to have in the '70s on the way to the newsagents. 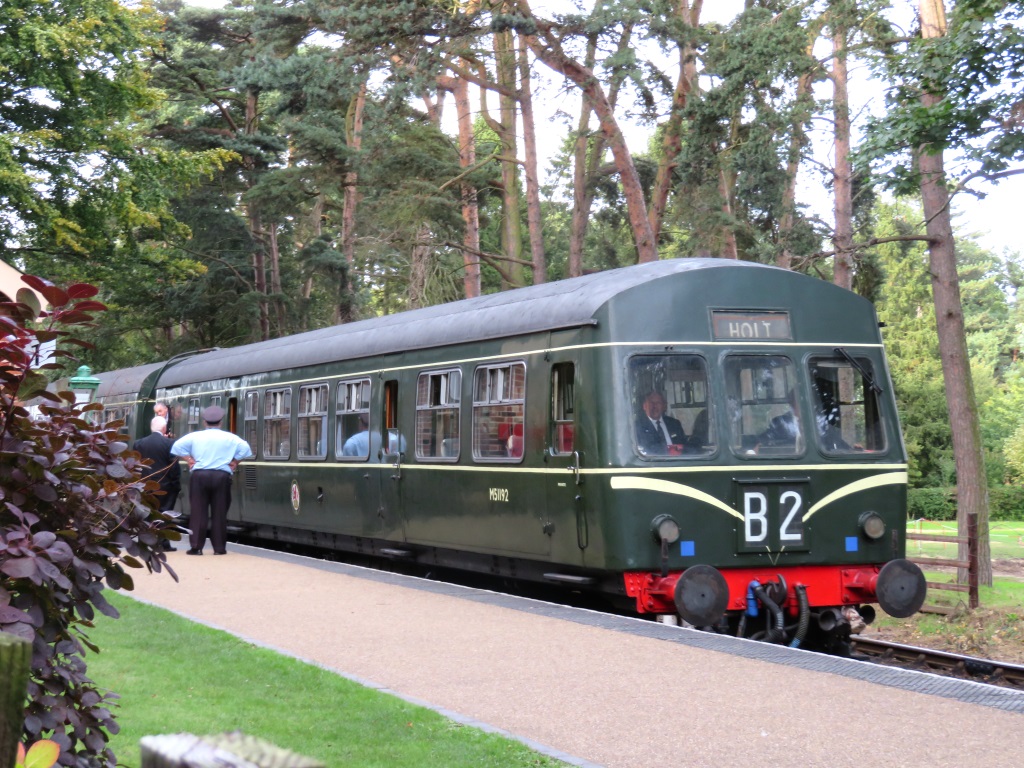 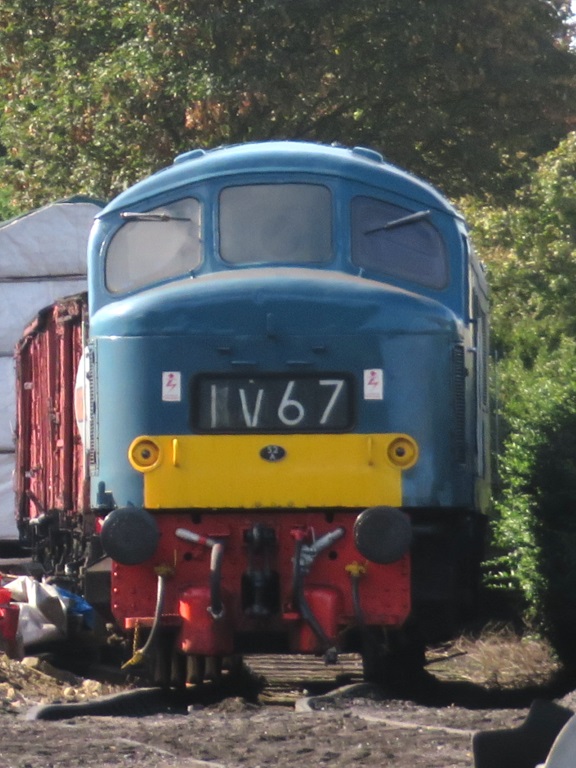 The station is more than a mile from town and along the way, you'll pass the reason for this town's swankiness, probably. 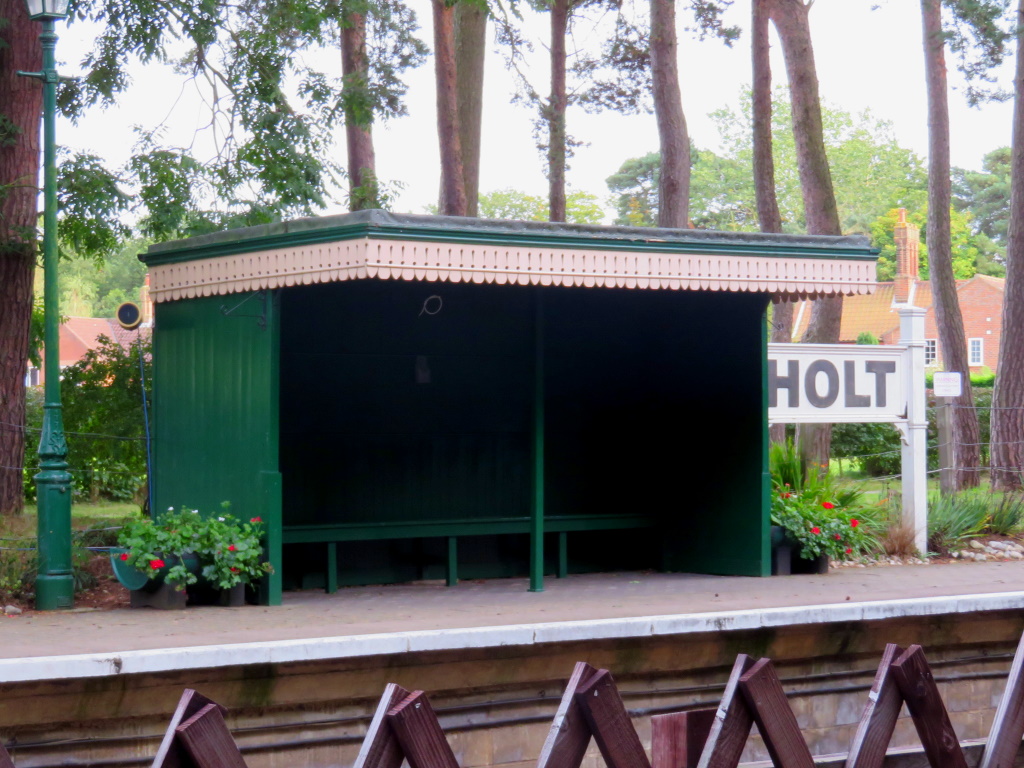 Gresham's School is no Eton or Harrow but it's in the top 30 of independent boarding schools in the UK, they say. Visiting parents and teenagers with too many tenners account for the alpaca knitwear and in a former life, Bob used to live with a bloke who went there. Let's call him 'Roger', say, and you might want to pull up a chair...

Oxbridge, no doubt, beckoned but Roger's B and two Cs meant we ended up sharing the same higher education provider and a house. He bagged an interview with one of the Big Four accounting firms even though this was a full year before he'd finish with a disappointing Desmond.

There were other candidates that day, one of them was at Oxford with a Geoff as good as in the bag and some casual chit-chat ensued...

(Rog) Where are you studying?

Oxford replies with the name of some college or other then... 'And you?'

Ooof! A low blow there from Oxford but he wasn't finished...

Once again, Oxford replies with the name of some private school or other that definitely wasn't Gresham's...

(Rog) Oh! Isn't that a comprehensive?

Hey, it made Bob laugh and it was that kind of quick thinking that copped Rog the job, either that or a flash of the old school cravat that one of the interview panel also just happened to be wearing that day.

This was an early lesson in how the world works and despite it being over 30 years ago this still needs sorting out and  Corbyn's just the man, eh?