It's pronounced 'Tyne' not 'Tin' but there is a metallic connection. Like a Gaelic Klondike, yup, 'There's gold in them thar glens' and there's a mining operation just two miles away trying to get at it.

Someone else has struck gold and while it's hardly the Golden Horseshoe, the size of their car park suggests the Green Welly Stop is the place to stop. 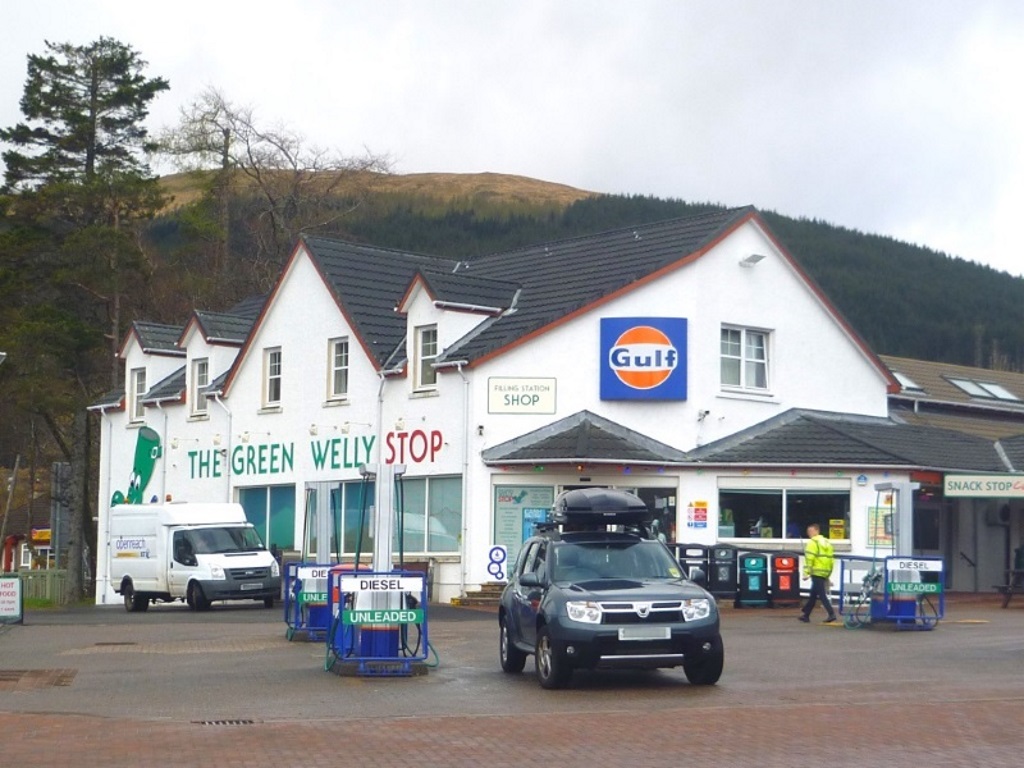 At the smaller of the two cafés, they're doing a mid-morning sausage roll as in sausage(s) in a bun[1], as they're inclined to call it here.

The young Lithuanian lass, or wherever, hasn't picked up on this dialected nuance and you'll end up with the pastry version that's as sickly as one last seen being sucked in a sleazy snack-bar on the banks of a misty  River Tyne.

There are other options to eat nearby but here also has a monopoly on tartan knick-knacks, whisky and outdoor clothing. Oh! Don't forget the petrol with your gift-wrapped shortbread.

[1] It's still not known what to ask for if you do want a sausage roll.

Here be a major transport intersection, the A85 west to Oban and the A82 north to Fort William. Two trains too, Lower and Upper going to the same places and this is the smallest place in the UK with, get this, two serving stations.

You'll end up in Tyndrum if you're on the West Highland Way, you know, the 100-mile long trek from Milngavie to Fort William? This is likely to be day four and as you head north to Bridge of Orchy, your first day within touching distance of some proper mountains.

The volcanic looking Beinn Dorain stands imposingly alone. There's often a zigzag or a path up the back but no, you do just walk straight up it and the wobblies[1] are being got just looking at that! 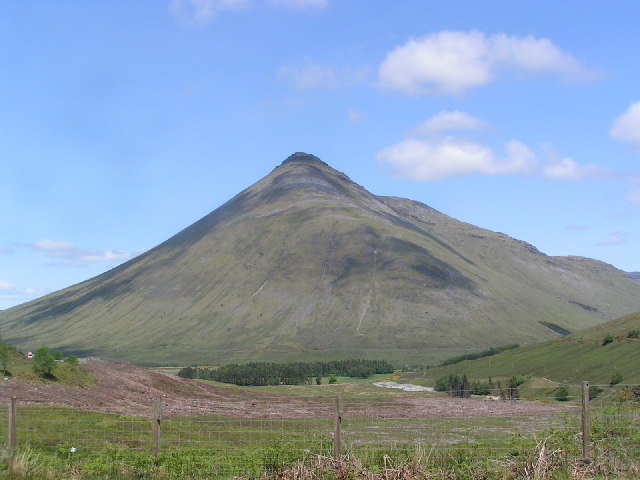 There's a 'tradition' of tooting those doing the West Highland Way, particularly by those what's already done it. A stretch of the path hugs the A82, you see, on the way up to Bridge of Orchy but don't be alarmed, it's just something they do.

Unless that is, you too have stopped walking up hills that are way too high and have taken to driving far too slowly these days. Just you wait and see.

Set back slightly on the main road through, sit yourselves outside from where you can spot a stag, they say.