That's what was asked to a shaven-headed fella in a cassock but he had absolutely nothing to say on the subject or for that matter, anything else, actually.

Yes, of course, this is Buckfast Abbey, manufacturing HQ of Buckfast™ Tonic Wine or 'Bucky' or 'Wreck the Hoose Juice' or 'Coatbridge Table Wine' as it's come to be known, particularly in and around the Glasgow area. 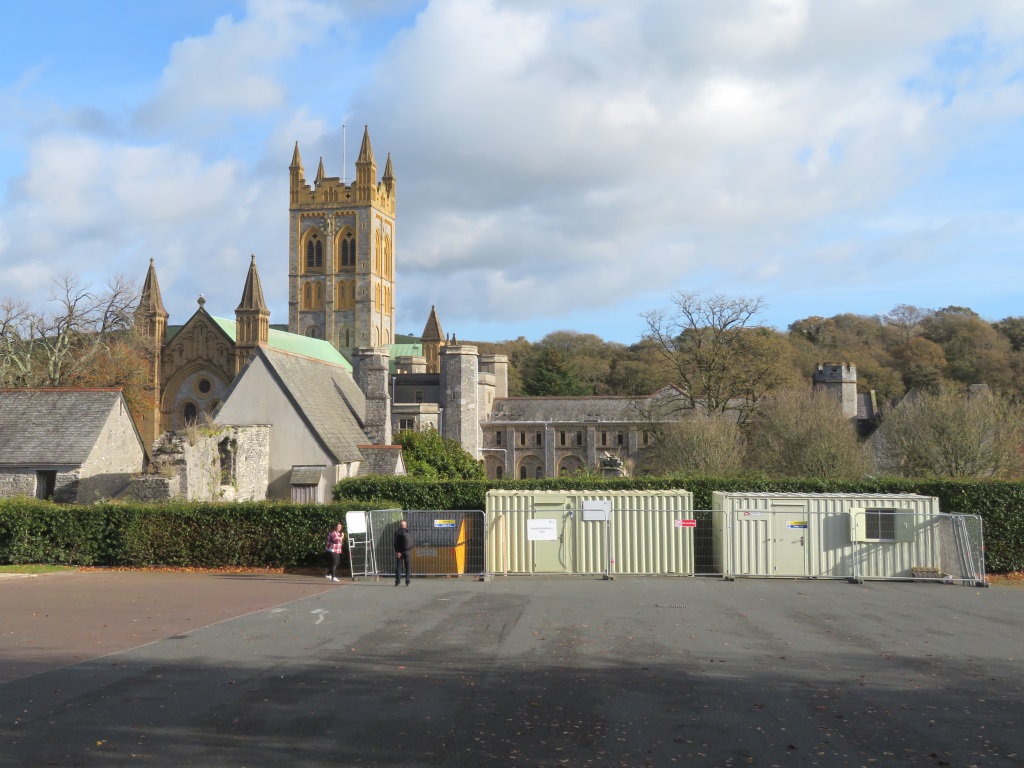 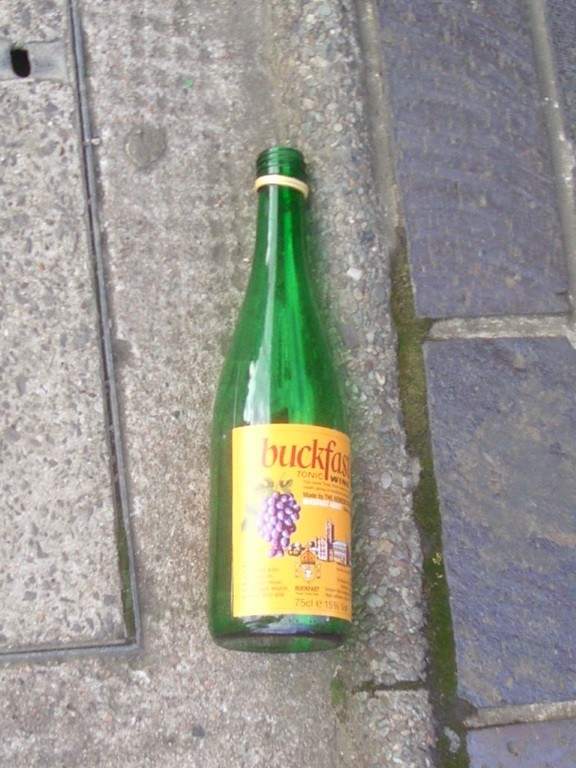 Not so much sold on the healthy nowadays, it's thought they still make it here in a purpose-built facility that's hidden behind but what's the secret to this fluid's success?

Generic, sweet, imported base wine is infused with herbs and caffeine and at 15% ABV, that's what's thought to account for some, well, 'over-excitedness' in young people, particularly in and around the Glasgow area.

This bunch of Benedictines are just another order who have form with the booze. The blokes of Burnley are the world's biggest consumers of the French produced liqueur Bénédictine, the taste acquired during World War I by Lancashire regiments posted over there[1].

It's not known why Buckfast™ has been adopted, particularly in and around the Glasgow area, but, it has to be said, it really is rather moreish.

[1] Yes, that episode of QI has been watched, as well.

The small town of Buckfastleigh, itself, is a couple of miles away from the abbey and, on arrival, you might well think you're up in Lancashire, say, since mills were a big thing here until the early 20th century. 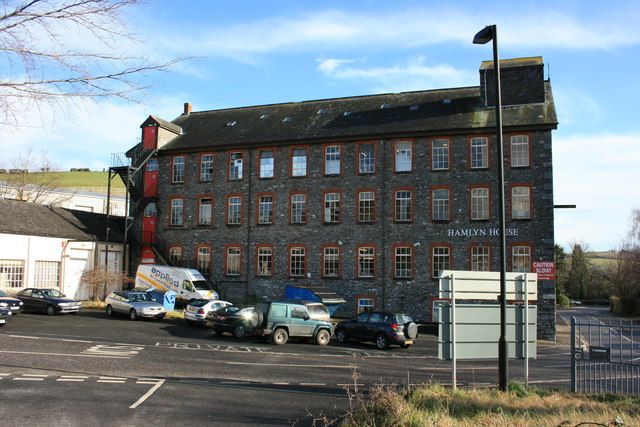 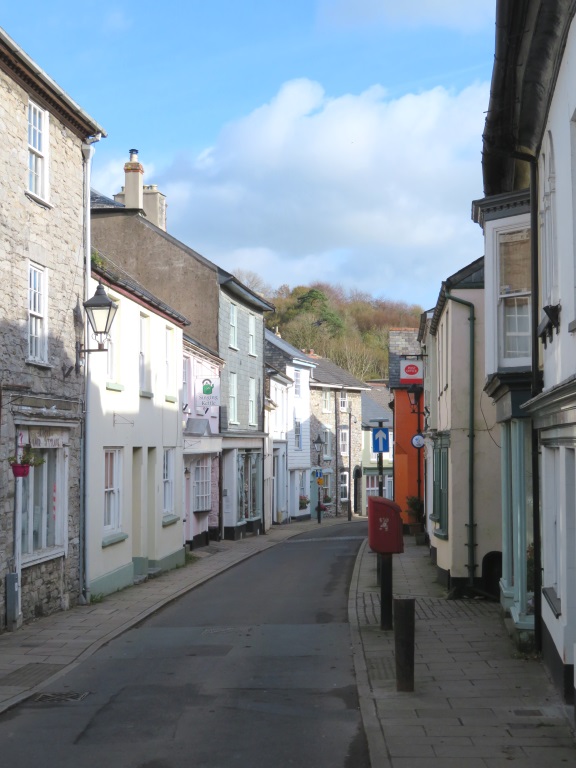 All things paper, wheat and wool are still available in town with a wide selection of providers catering for the tourists that come in their numbers to stroll the narrow streets that it just feels wrong to have people driving down.

In 1965 the brewery decided this former pub was no longer viable but didn't decide to tell the landlord until the last minute. 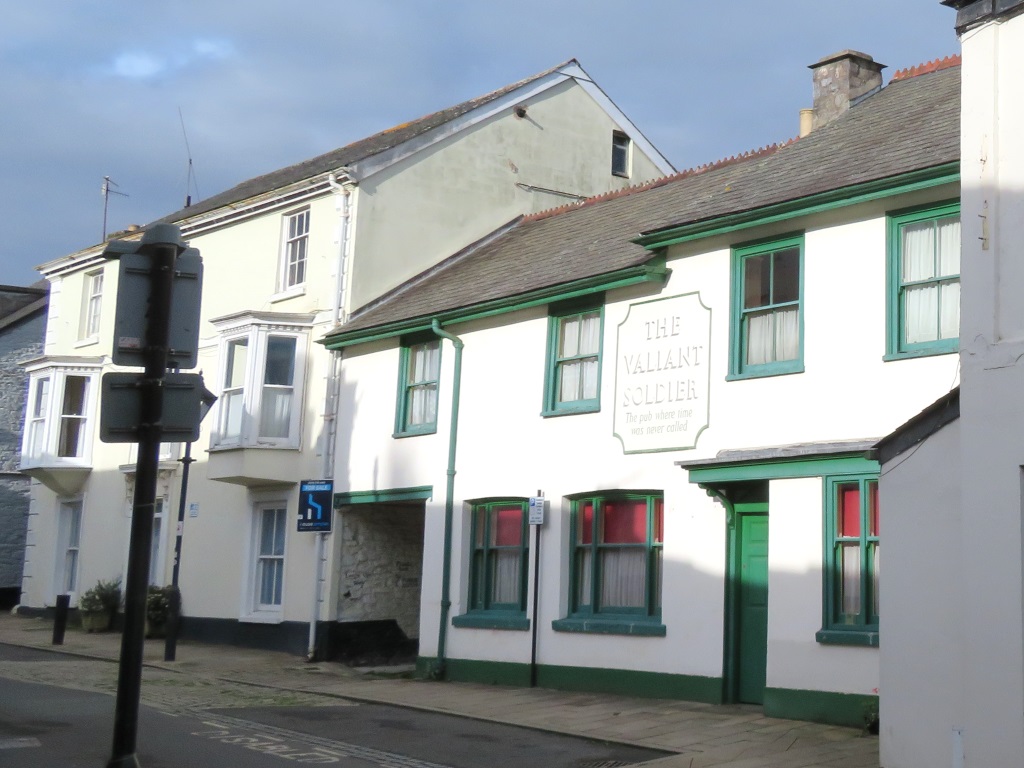 As an act of defiance, and after the last customer had left, he simply locked the door of the bar and went to live upstairs with his soon-to-be-widowed wife who stayed, herself, for the next 30 years.

Only when she died and it was put up for sale were the untouched contents discovered and it's a 1940-50s themed museum now with the opening times suggesting they like a lie in.

'The pub where time was never called...' and what with the name hints at a tragic tale from World War I involving an unlucky Tommy and an unfinished pint but the truth is much more economical.

The original, high and wide doorways are where the wool would once have went and things are largely untouched since the 19th century with special thanks to the A38 Devon Expressway for bypassing the need to widen here. 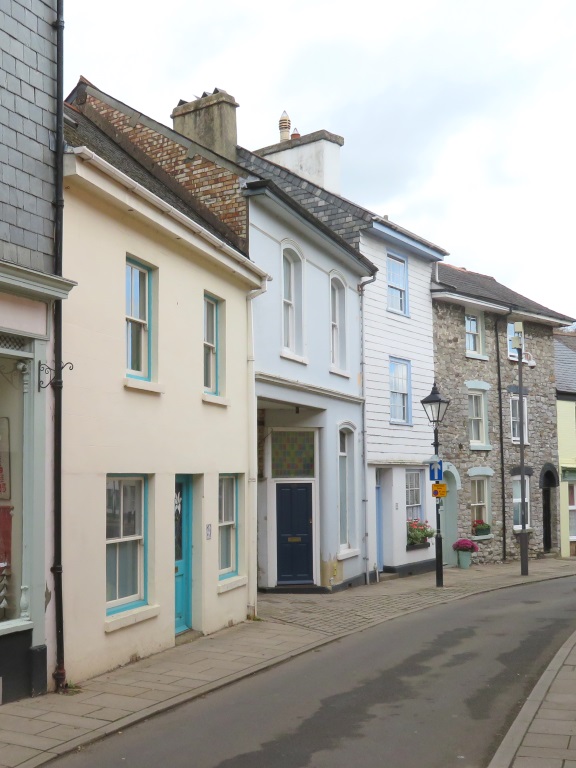 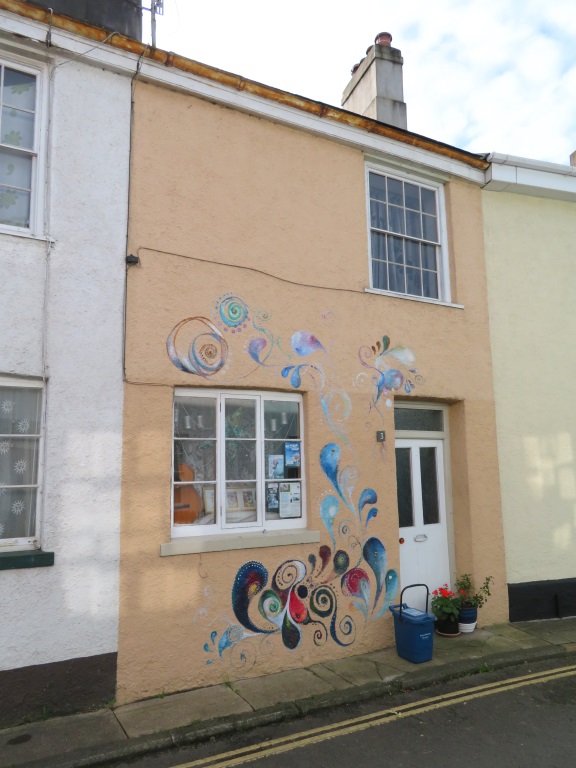 There's a slightly artsy, dare it be said 'New Age', feel to the place and it's becoming crystal clear that's definitely a thing in this part of South Devon.

Saying as the Valiant Soldier's closed, this is the pick of the three remaining pubs here, probably, with free directions to Plymouth. 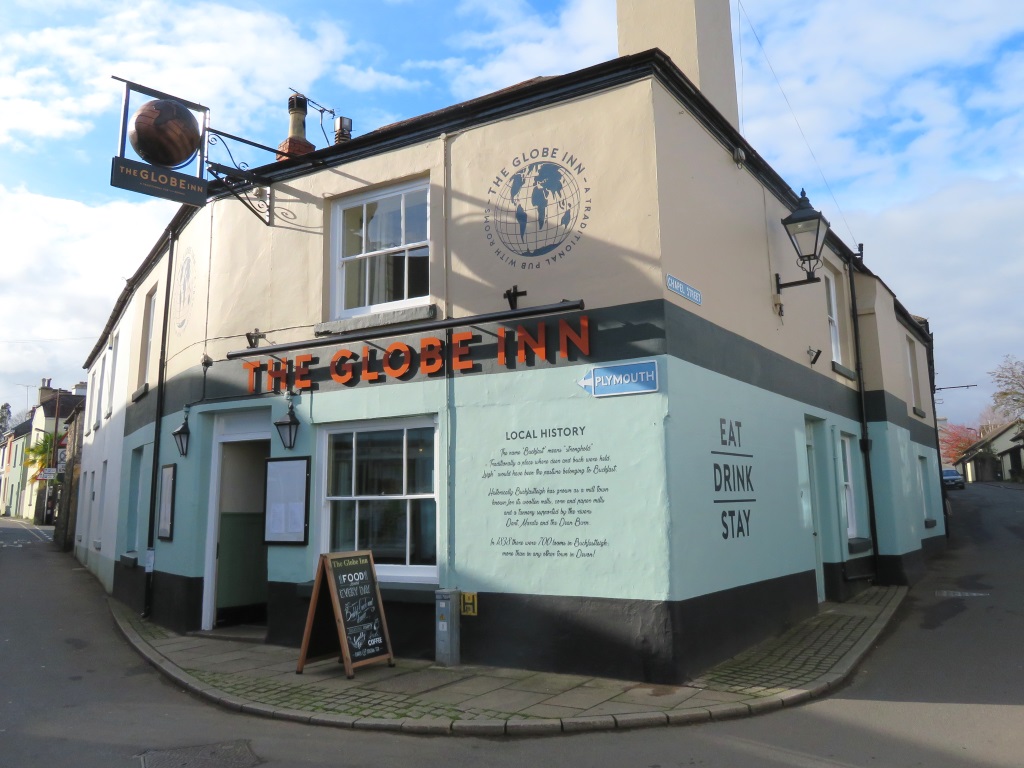 Now with added dining and lodgings, they actually do call time here because it's the law, you see.

Another reason to visit is the South Devon Railway, a heritage, steam-powered operation that runs eight miles to Totnes and is the longest in, get this, the South West! 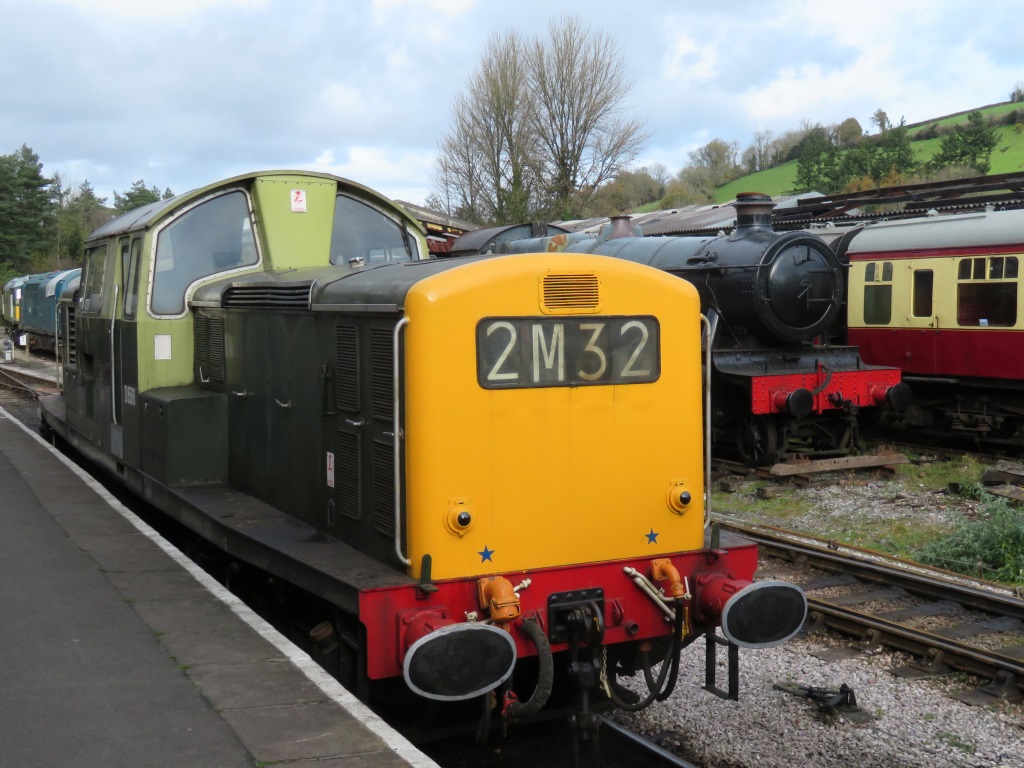 It's a 10-minute trot from town and can be found under the busy A38, not that anyone's fanatical about these things, honestly, they just keep following you around so while you're here...

The station was closed in 1958 and not, as first presumed, under so-called 'Dr'  Beeching so things only sat empty for 10-or-so years until the steam started up again. 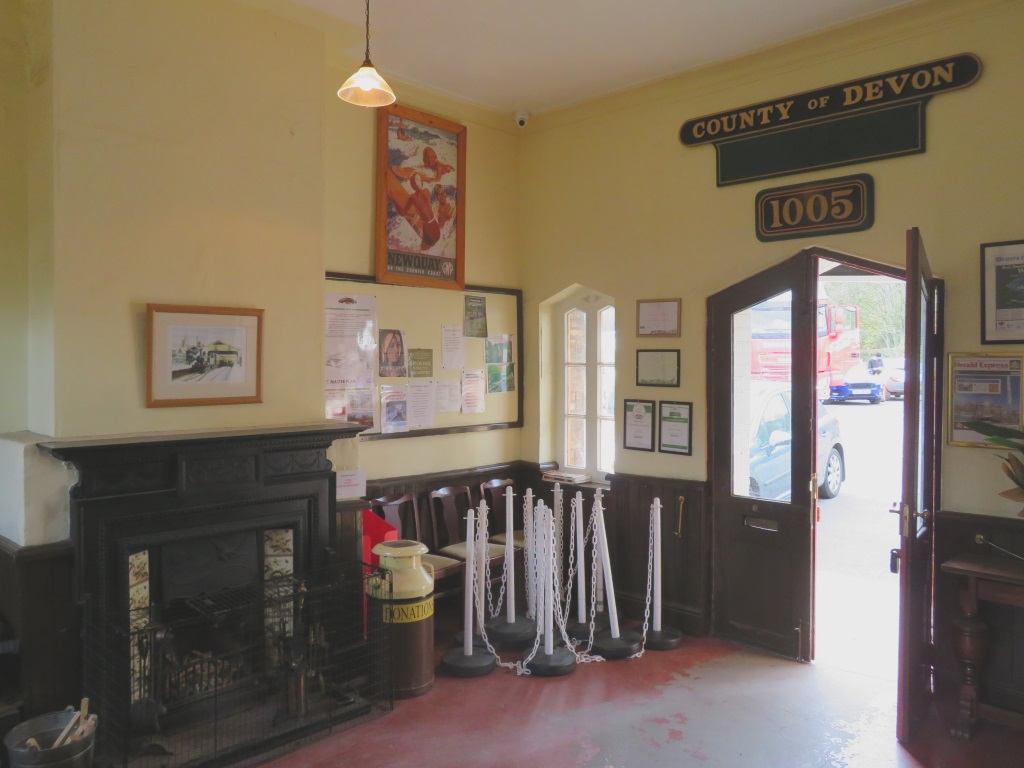 That means everything's remarkably well preserved right down to the interior of the ticket office, which it's thought you're allowed to snuck in.

It's out of season, you see, so there's nothing much happening, locomotion-wise, until the weekend and there's a man behind a closed sign painting something big and metallic in the small museum in the old goods shed. 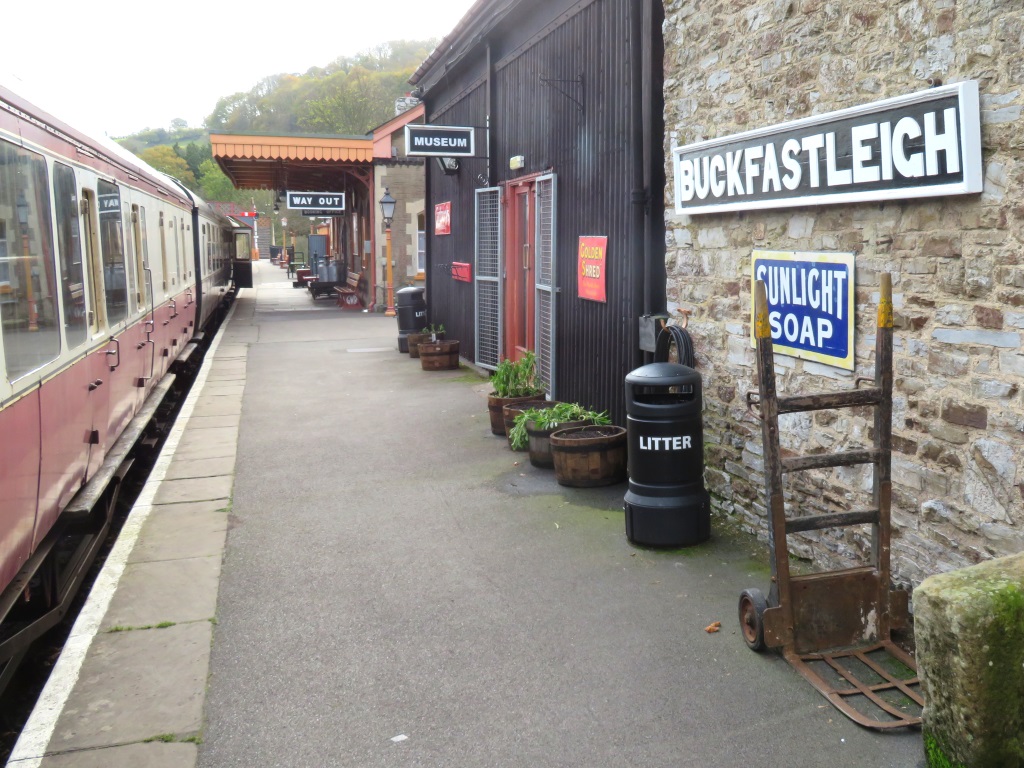 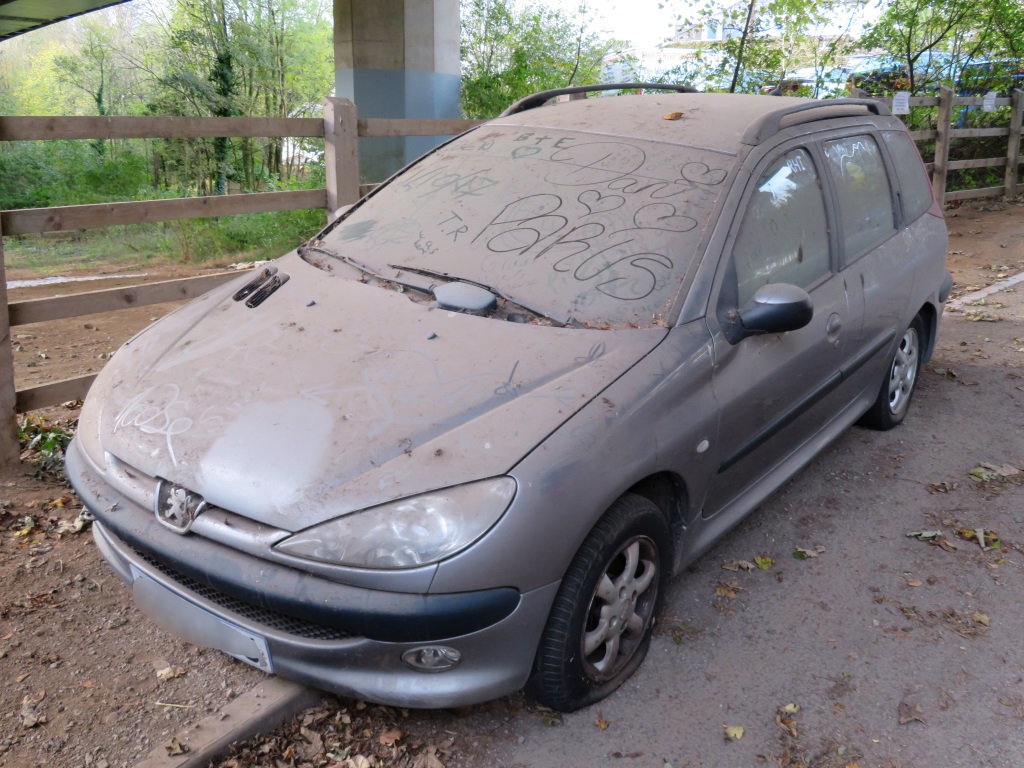 The branch line used to run another couple of miles up to the slightly more significant Ashburton and there was talk of restoring the link. There was, however, a slight problem with the proposal in that it now had the A38 on it and isn't the only thing here that was abandoned recently.

You know when it was said no one's fanatical about these things, honestly. Well, maybe one individual is and just a little bit more than they'd previously realised.

An unusual taxonomic pairing, granted, but throw in some terrapins and here's a ready-made episode of Wildlife on One. Fun for all the family and they're right next to the train station.

This is right on the edge of Dartmoor National Park here and the easiest way to get there definitely isn't by the narrow roads up through the village of Holne Take the more minor road that starts near Ashburton, which at least has the occasional white line down the middle.

Pulling over to walk up, what is believed to be called, a ' Tor' in these parts, there's evidence there might be company. 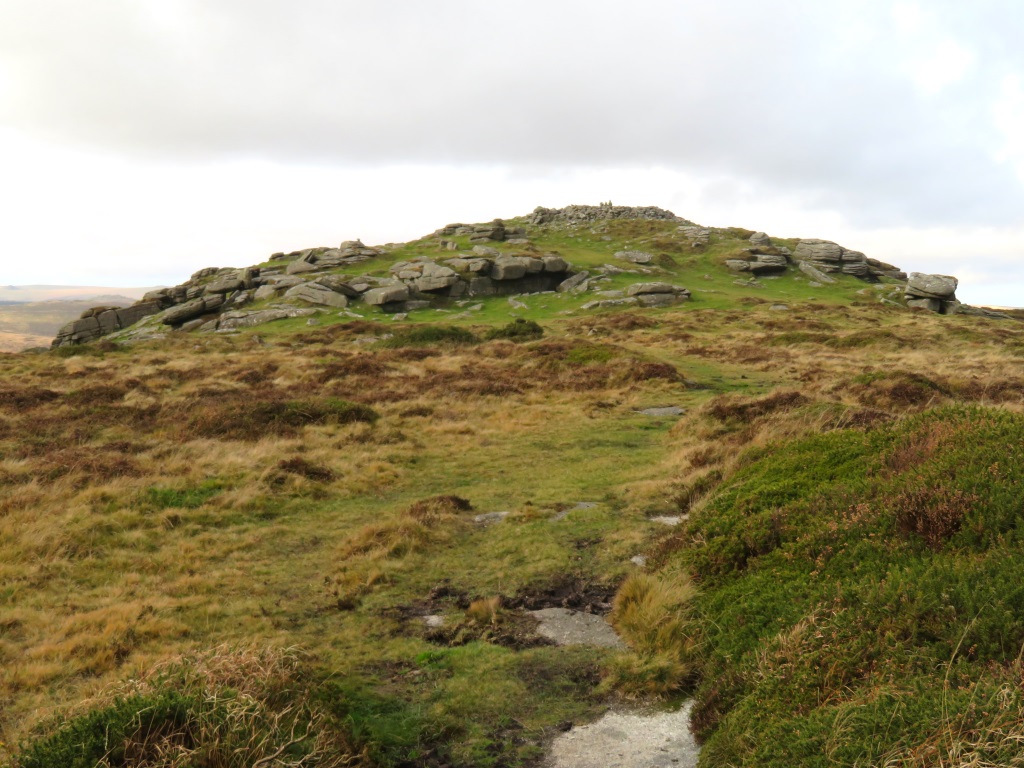 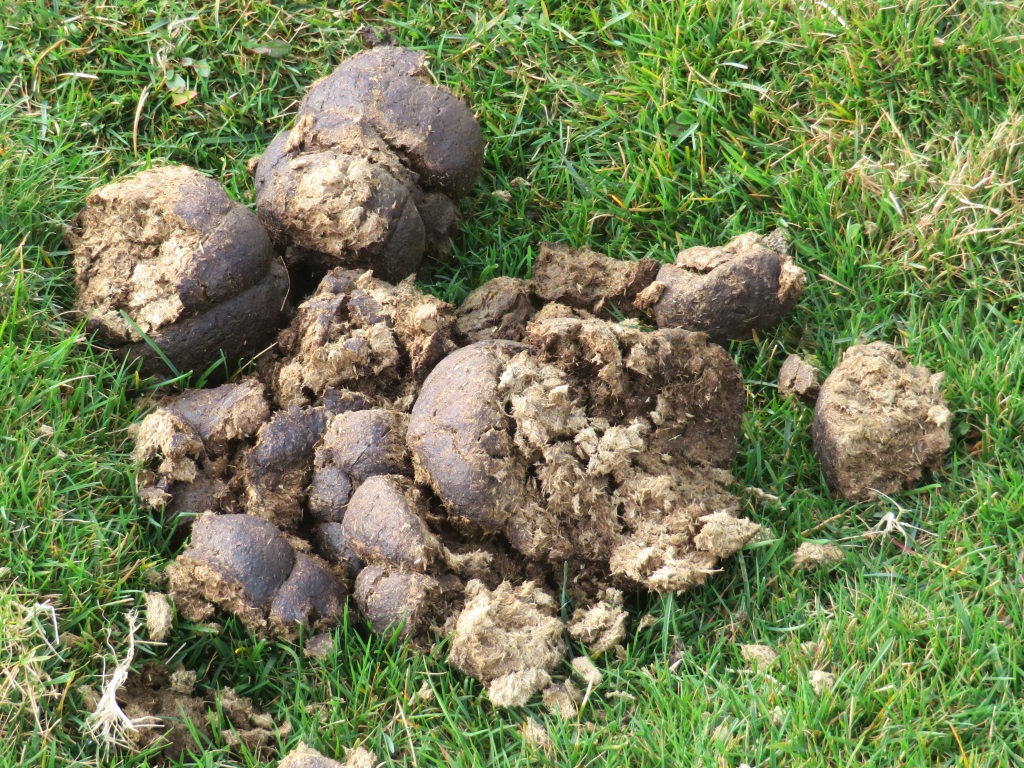 Dartmoor ponies, of course, and there are believed to be around 1500 of them in the 300+ square miles of upland. 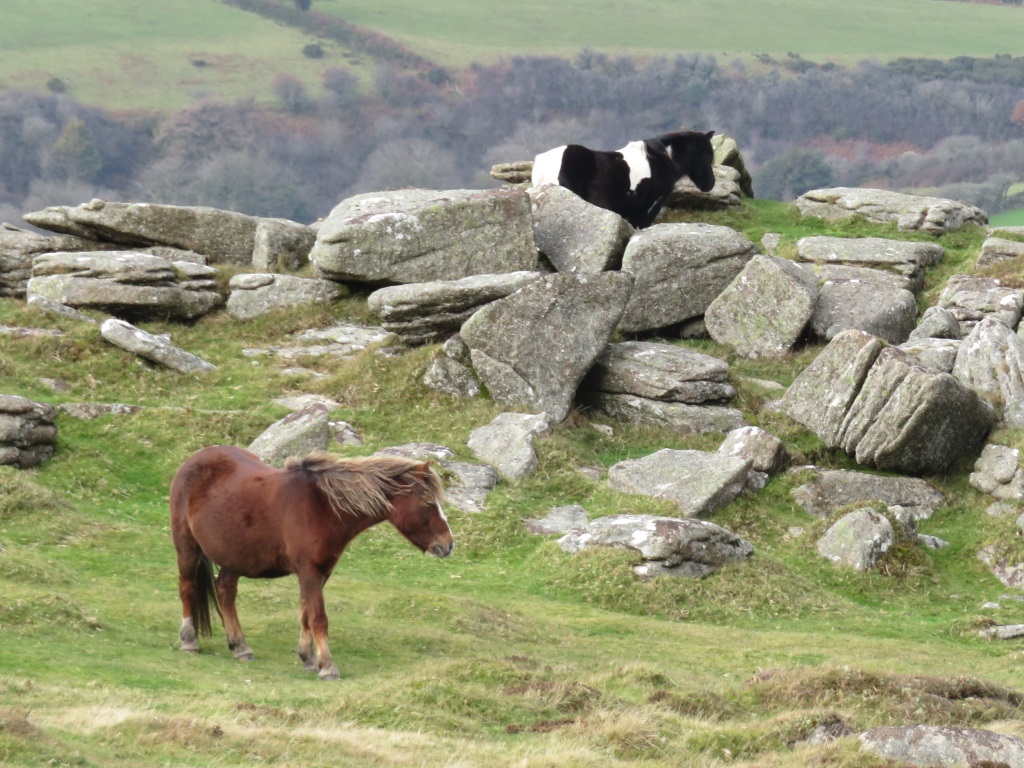 Even though they're essentially wild, they're actually owned by 'commoners', mostly farmers, who have grazing rights on the moor that's useful conservationally, they say. They're not overly bothered by your presence but you're advised not to pat or feed them, they can kick and bite, you see, although you can get your own back if they do...

To keep the numbers manageable, the foals are brought back down to earth during an annual ritual called the 'drift' where they're sold at market presumably not to haul truckfuls of granite or tin, these days.

Working down a mine isn't necessarily the worst option since they're not that economical to run and there are no takers for around 400 of them each year so they're sent to slaughter.

It's said they provided Sunday dinner for the lions in the local zoos but there's a very different consumer now and you can do the biting... into the burgers and sausages at local farmers' markets!

The commoners argue that their herds need to be sustainable while opponents find the very thought simply indigestible. There's a push for taffety to become a Devon delicacy but this pair of protein munching hypocrites don't even want to think about it.

There's simply something about a tiny horse that just makes you grin. In fact, after a couple of bottles of 'Bucky' for breakfast... Ere wee horsie, dae yi'll waant some chips? A loue ye, yer mah best pal!

If that makes no sense, translations are provided  here.