Thriving urban greenspace that covers 860 acres with 17 miles of cycleways and footpaths.

Ten years in the planning and £25m of National Lottery™ funding later, Falkirk's Helix Park[1] opened in 2013. This eco-oriented transformation of unused land, just west of the M9, provides a network of foot and cycle paths running through reclaimed wildlife habitat with a big focus on connecting previously cut-off communities.

There's a little bit more to it than that but more on that in a minute. Back then, and not visiting until the following spring, things were still a little bit, erm, work in progress.

The yet to open Visitor Centre and café meant your only option was, that most traditional of all the Scottish cuisines, a 'Hog Roast' van and that being 2014, none of that 'pulled' stuff, neither, since that wouldn't catch on for another year.

[1] The shape as seen from the air, supposedly, but you're not totally convinced and DNA about that.

The wildlife had yet to take up residence, neither, apart from this hissing, but otherwise, mute Cygnus. A bit of an attitude he had and nobody's getting past but there's no point fighting back. 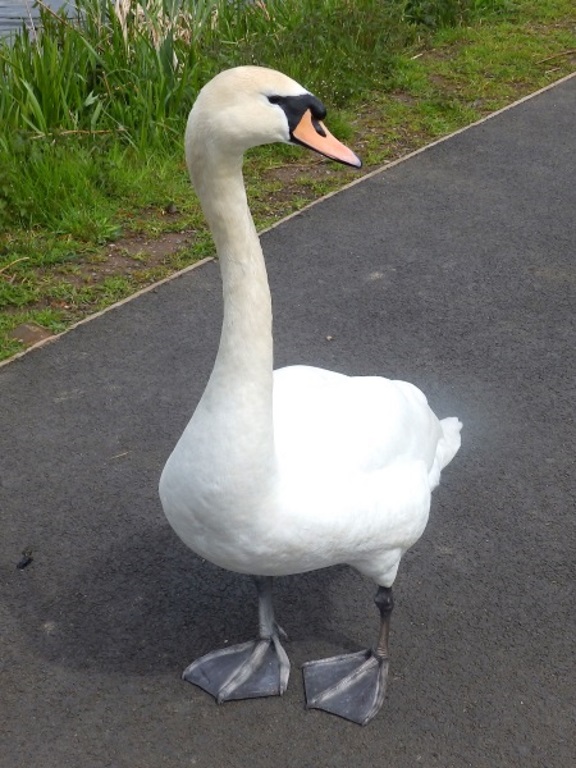 He could break your arm in a jot and even if you did win, you're still not allowed to eat them, apparently.

Nearly three years on and it looked like this fella was still here, seriously, it's thought to have been the same one but, fast-forwarding another couple of years, there's no sign of the Queen's Sunday dinner today.

More recent work to the south includes a reedbed pond and another that looks to be more leisurely. The rewilding will take a while so things are still a little bit landscaped so that will have to wait until next year.

The Forth and Clyde Canal used to run east to Grangemouth docks from here but there was a problem with the proposed restoration of this watery link... it now had a motorway on it. 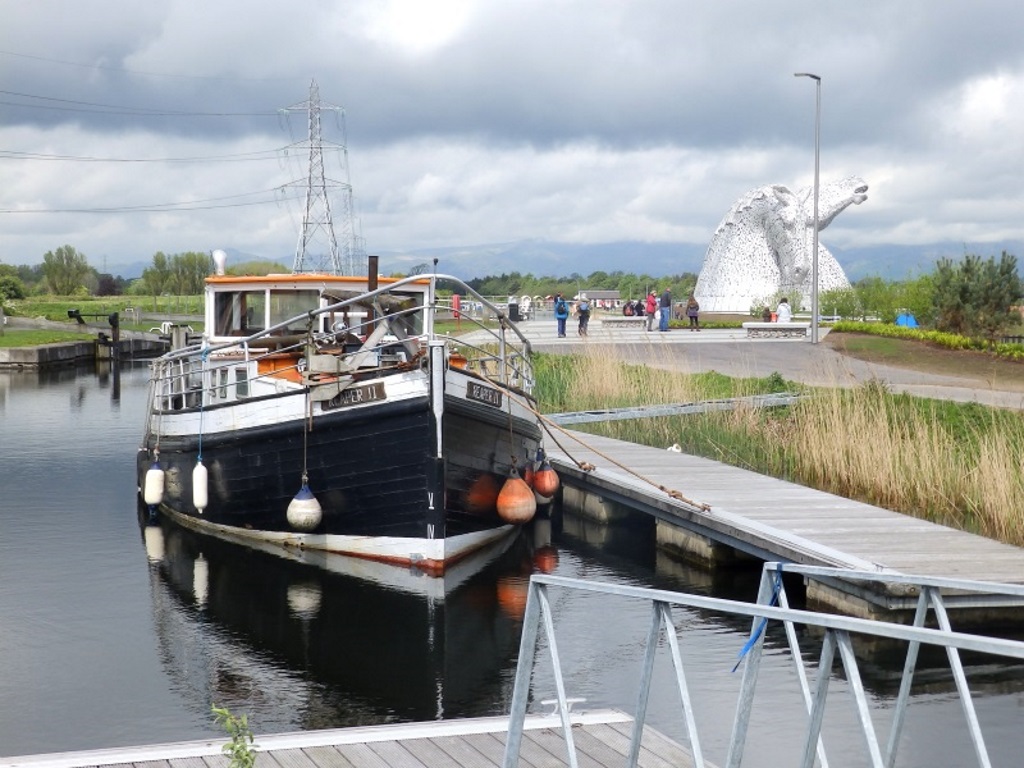 No problem, just dig a new, kilometre-long stretch north to the River Carron and from there you can get to Grangemouth. Since that's nearly the North Sea that way, far better to head west about three miles to the Falkirk Wheel and all of its ups and downs.

Canal boats are a fairly niche pastime and that's not really going to get the visitors in? So what's that glinting in the background? Why it's only the Kelpies!... like you didn't know already.

These 30-metre high sculptures were created by Glasgow-based artist Andy Scott and are the main attraction here for most people. They are, quite frankly, fantastic! 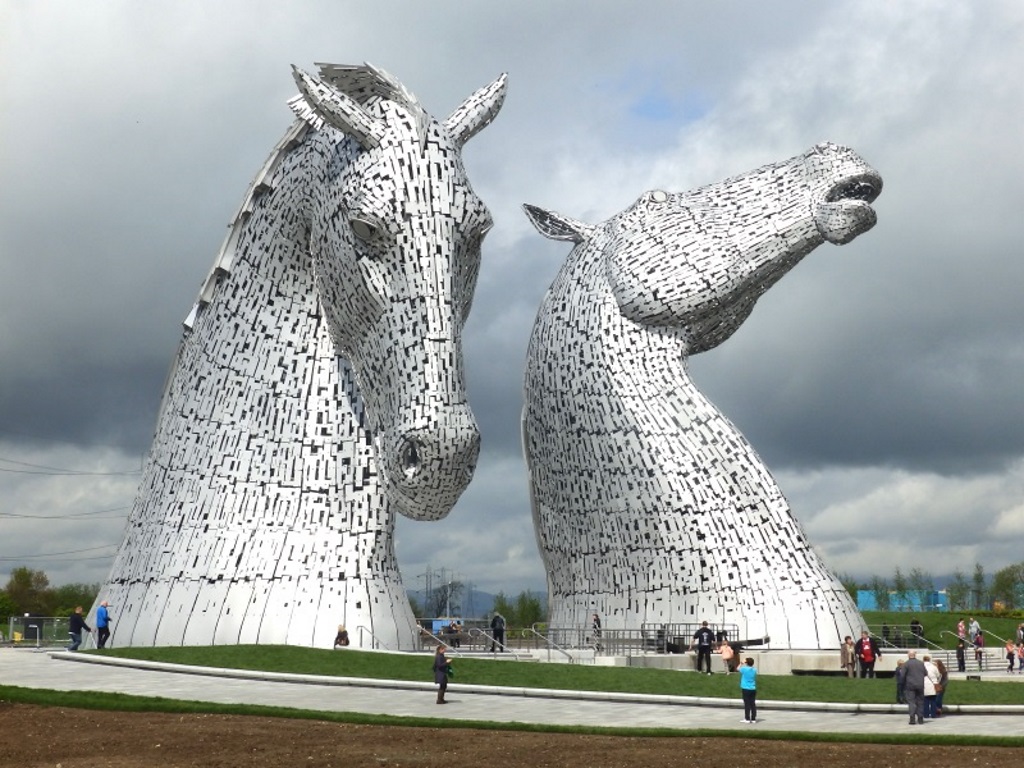 Now, SlyBob are no strangers to big and bold bits of public artwork with the Angel of the North[1] on this pair's doorstep but what does the Angel really represent?

According to artist Antony Gormley... (to) 'serve as a focus for our evolving hopes and fears.' Eh? Another Place, another one of his works, the figures on Crosby Beach... 'human life is tested against planetary time.' Beg pardon?

These are a nod to the Clydesdale, literally, the workhorses of the past in this industrial belt and they've been made mythically Celtic. Simple as that and, just for once, the fact that they're fathomable makes them even more fantastic!

They are, however, possibly too good? With the Visitor Centre and café now open, occupants of the neighbouring industrial estate are complaining about being able to get in and out. 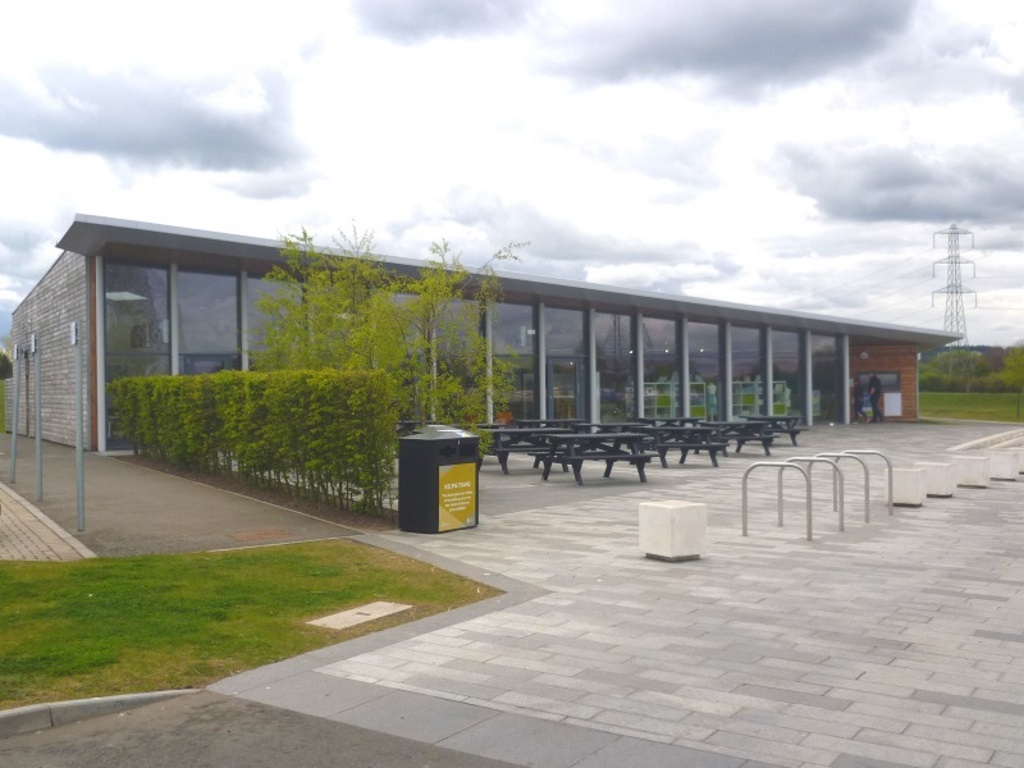 You're advised to arrive by public transport but you can always use Falkirk Stadium for the overflow and that looks to include most matchdays.

Just the 19th best-supported team in Scotland, since you ask, slightly worse than Raith Rovers but way better than Berwick Rangers.

Like giant Meccano™, the reflection of the light is almost religious and just like the real ones, they shapeshift as you circle them. 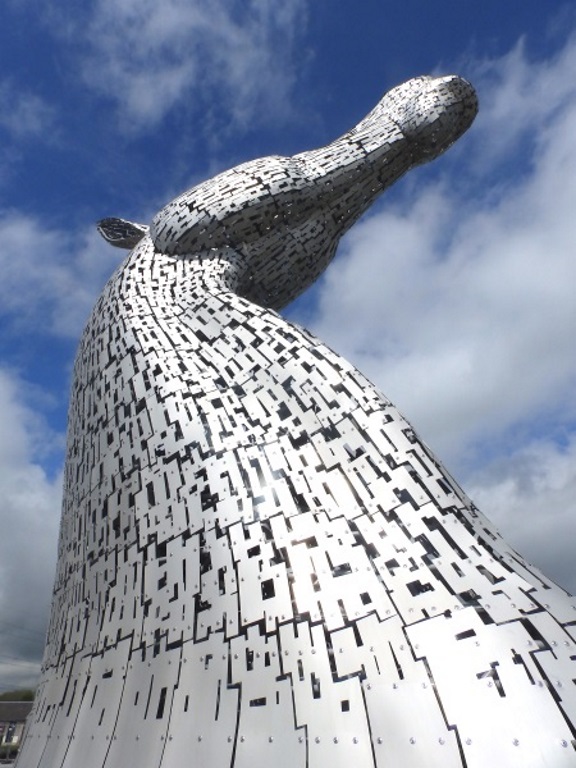 There are guided tours inside to get at the nuts and bolts but back outside, a slight downside.

In 2014, getting up close wasn't a problem but today there's some jostling required. Why? The phenomenon now known as... the 'Selpie'!