North of Buenos Aires City Centre, there's a fine bit of public artwork near Recoleta's Parque Carlos Thays. Unusually for these parts, he wasn't the architect of some revolt or other, just a plain old architect.

The metal petals of the Floralis Genérica close in the evening when it glows red from inside. They reopen each morning in a 20-minute unfurling that's all based on some light-sensitive switchery. 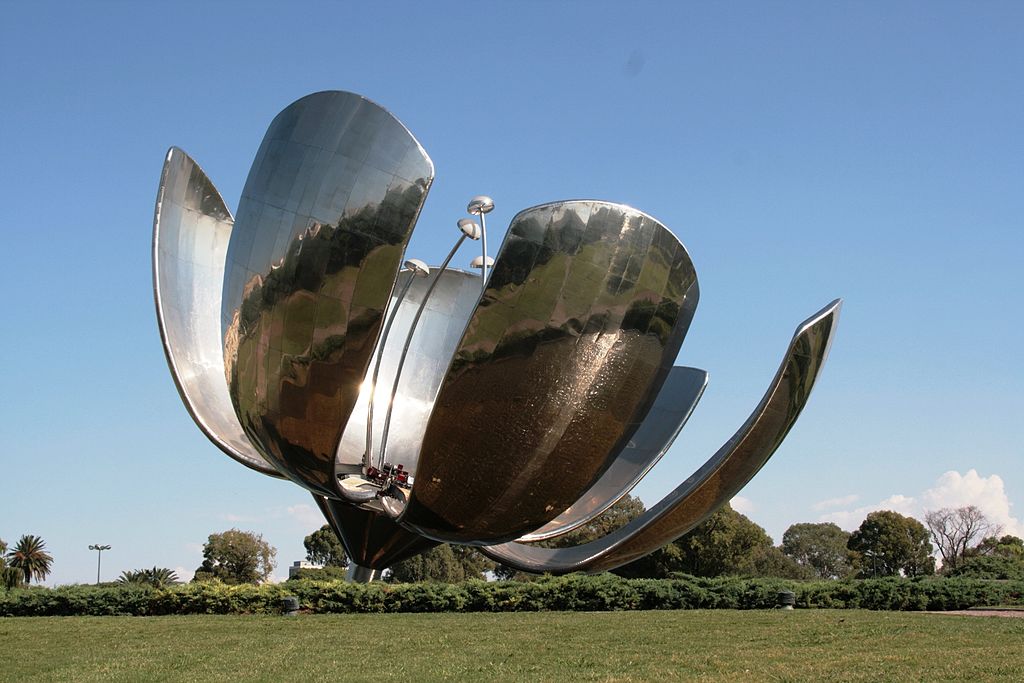 At least they do now, between 2010 and 2015 they didn't do and the thing stood permanently open.

The installers botched things up back in 2002, you see, and it was switched off to prevent permanent damage from the malfunctioning mechanism. It did come with a 25-year warranty but the contracted company had since been nationalised and that inexplicably delayed the repairs.

Given they've had revolutions here over a lot less, the park could well have been renamed after whoever kicked off first following this fiasco.

A collection of Latin American art from the 20th century to the present making it much more modern than advertised but how Yoko Ono qualifies isn't quite clear.

Maria Eva Duarte was born in 1919 but the abject, rural poverty meant that at the age of 15, she bleached her hair and said... 'I'm off to Buenos Aires to make it in the movies ma!' The films didn't quite work out but by 1944 she was one of the highest earning actresses on radio with an adoring audience, apparently.

She sidled up to the suave looking Secretary of Labour at a charitable function one night and in 1945 she was signing the register as Eva Perón and strangers in the street started to call her Evita.

The wedding night might have come sooner but Juan Perón had just spent some time in the clink, some uppity generals generally unhappy with him being politically popular with the working classes. She campaigned for his release and on his release, he only went and put a ring on it.

That's the abridged version, anyway, and you can find all of this out amongst the squawking schoolkids at the Museo Evita. This unexpectedly distracting attraction is in a palatial mansion that, appropriately enough, served as a women's refuge in the 1940s. 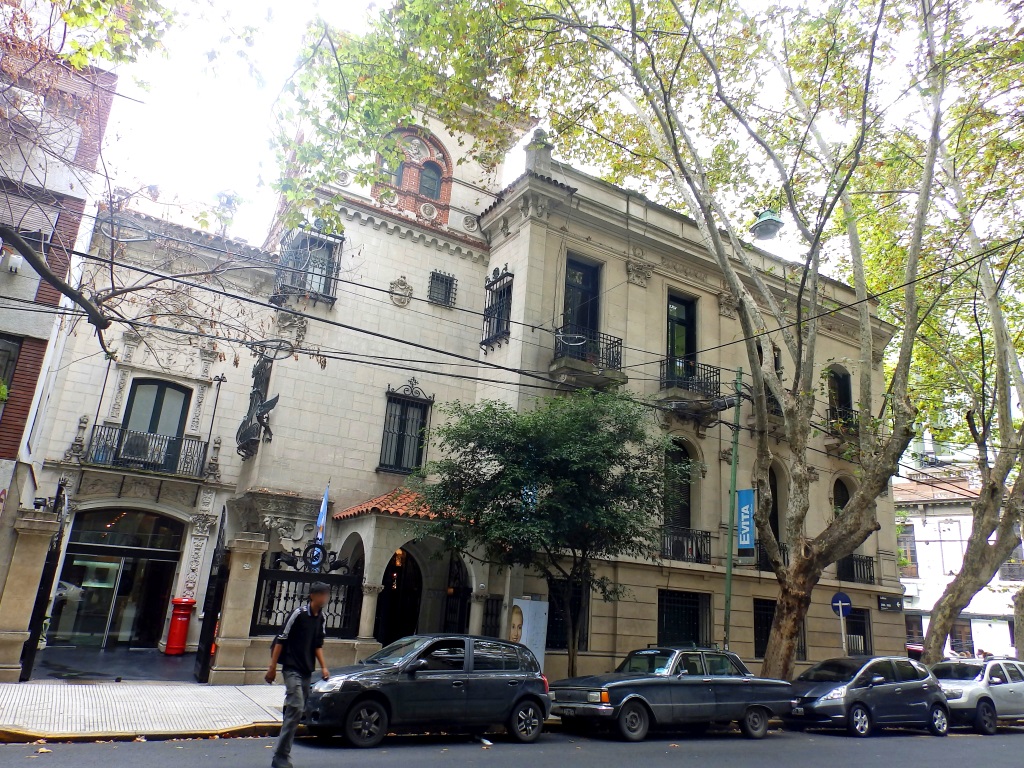 It's  closed on Mondays but there's also some unexpectedly gruesome video of her supposedly mutilated corpse but more on that in a minute.

Café\bar that does an unusual thing around here, the simple sandwich. There's outdoor seating on your way to the Evita museum and no, you don't really need that 2nd, large, lunchtime glass of Malbec.

The year 1946 saw Juan elected president in what is thought to be called a landslide and Perónism was born with Evita very much key to the brand. She worked with the trade unions campaigning for workers' rights and supported women's suffrage through her Female Perónist Party although that name isn't particularly catchy.

Unlike the working classes, however, the military and the bourgeoisie weren't so keen and were no doubt delighted at her early death in 1952, aged just 33 of cervical cancer.

A state funeral followed and 10 days of unprecedented, official mourning. She's here now, entombed in one of the near 5,000 family vaults in the Cementerio de la Recoleta, a maze of avenues and side streets for the deceased. 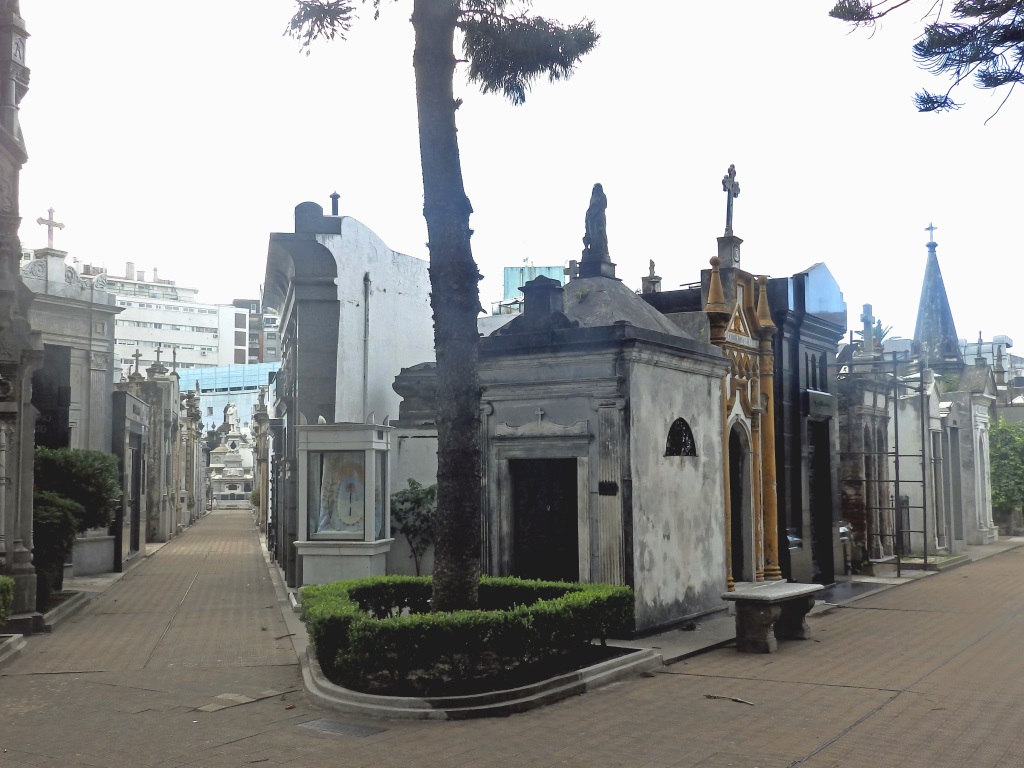 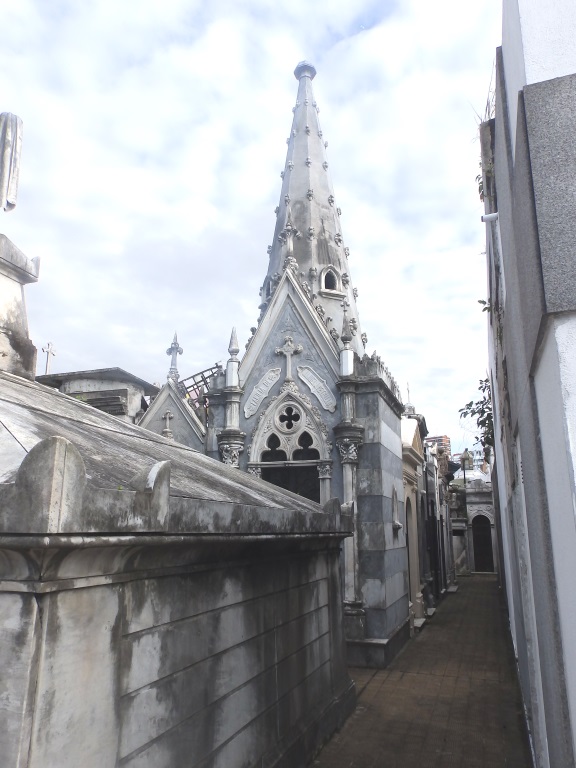 You're free to explore, just remember to turn back when you reach the building site at the bottom. 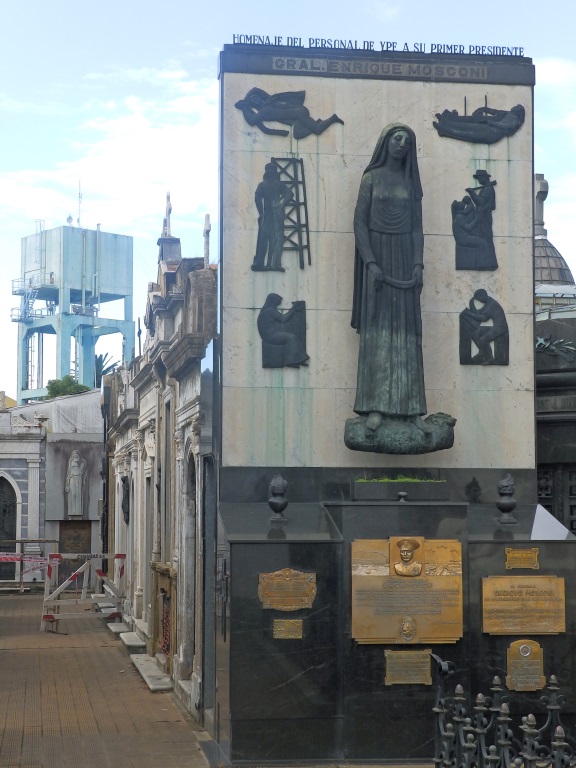 How she ended up here, however, is another story...

Remember them uppity generals from earlier? In 1955 they only went and organised a military coup, as you do. Juan Perón had cheesed off the church once too often and he ended up in Spain, via Venezuela, in exile.

Evita's corpse, which had lain on display for over two years at the country's main trade union's headquarters, also 'disappeared' and the very mention of Perón in any form would have you imprisoned.

She wouldn't be seen again until 1971, mysteriously reappearing in Milan of all places. Juan brought her back to Spain where his new wife didn't seem to object too much to him keeping her in the dining room.

It was at this time that the theories concerning the supposed mutilations started to appear although some are more mythical than others. Had she been damaged in transit or simply stored upright for too long? Were they inflicted intentionally by her enemies or accidentally by over-enthusiastic admirers?

There's one theory that suggests a particular individual's behaviour could best be described as erm, inappropriate?

Juan Perón returned from exile to regain power in 1973 then promptly died in office in 1974. His new wife must have been a real fan, she arranged for Evita's return to the family tomb under which she now rests in a secure compartment. 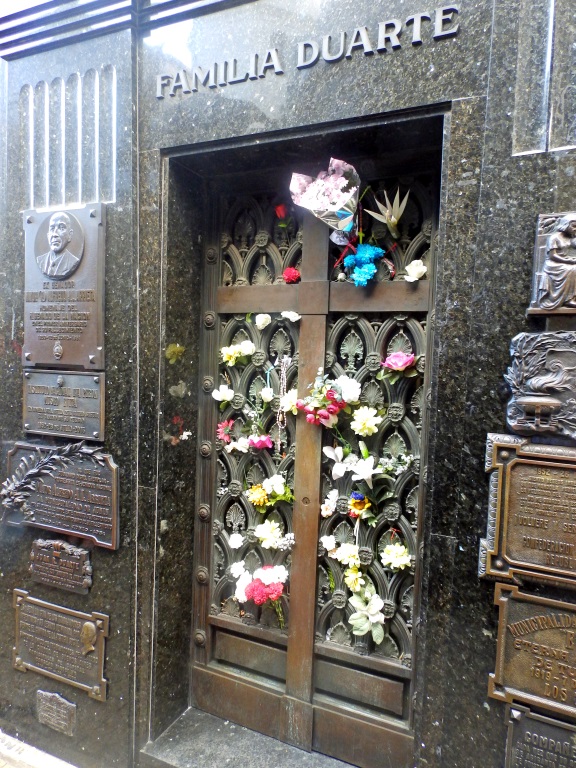 Phew, that's quite some tale and do you know what?

You put some words and music to that sunshine and you've got yourself a show!