There's often a smaller, posher neighbour to the traditional seaside town and so it is with Gorleston-on-Sea, right enough on the sea and just below Great Yarmouth.

It's what Lytham St Annes is to Blackpool, what Frinton is to Clacton, on-Seas, and up in North East England, why it's only Whitley Bay's... Oh! That one doesn't always work.

It's in complete contrast to the glitz of Yarmouth, which wasn't found to be all that great[1] despite their good old pier and two-mile beach. 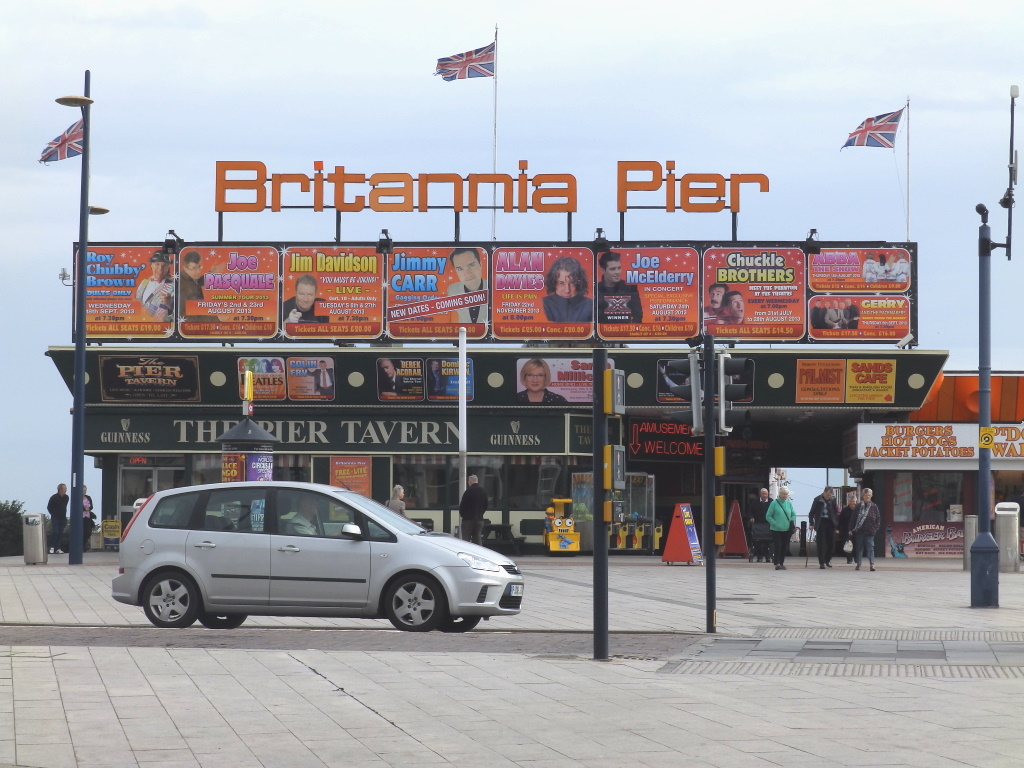 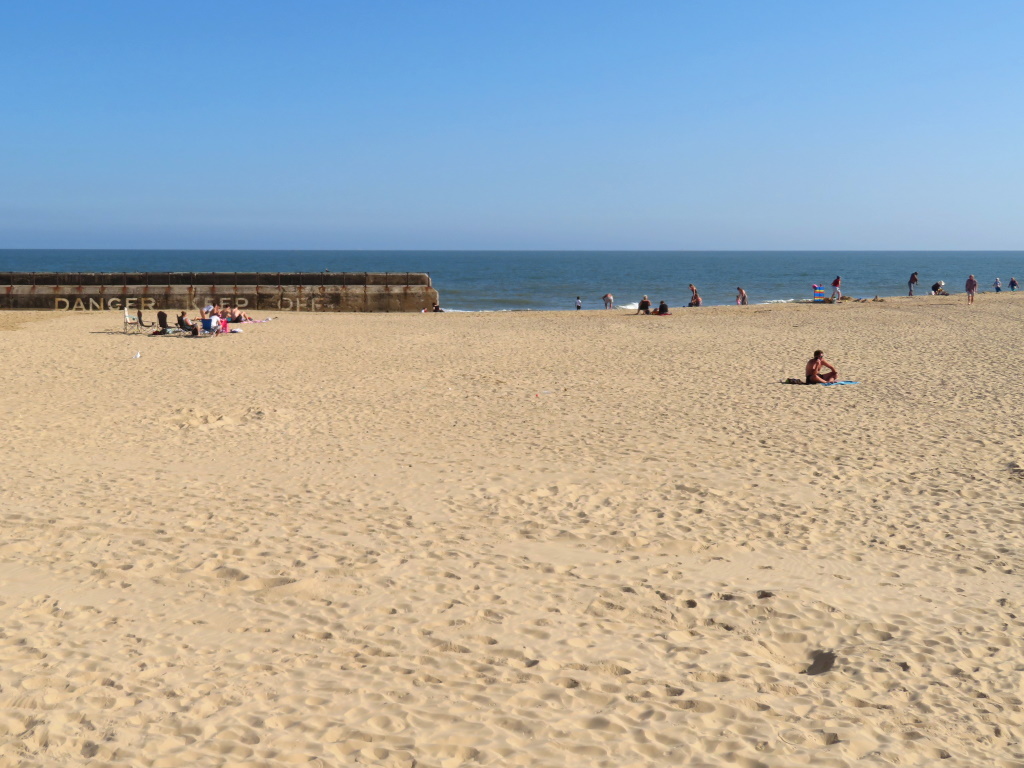 That runs south into some industry before normal service is resumed and Gorleston's splendid stretch of sand doesn't run out until Corton but more on there in a minute.

[1] Not such a pair of seaside-loathing snobs as you might think who found Skegness more than acceptable, actually.

Separating things from Yarmouth, here be the mouth of the Yare, the river, of course, and you can walk out to the end of it where there's not just a tide but quite often a wake to worry about. 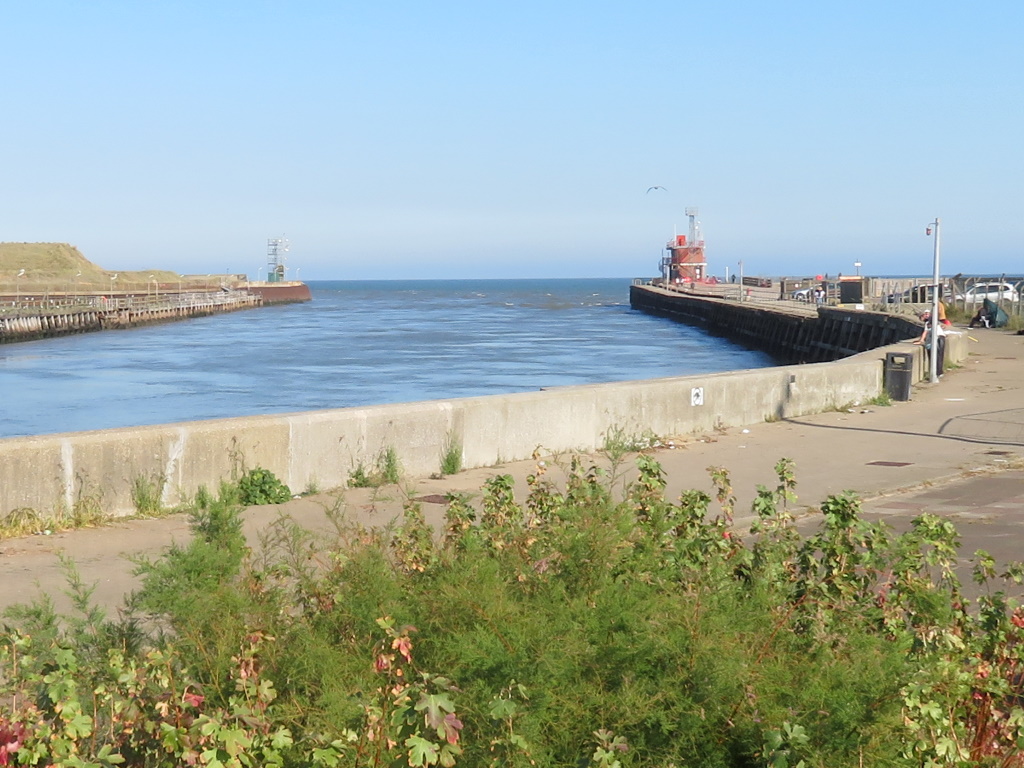 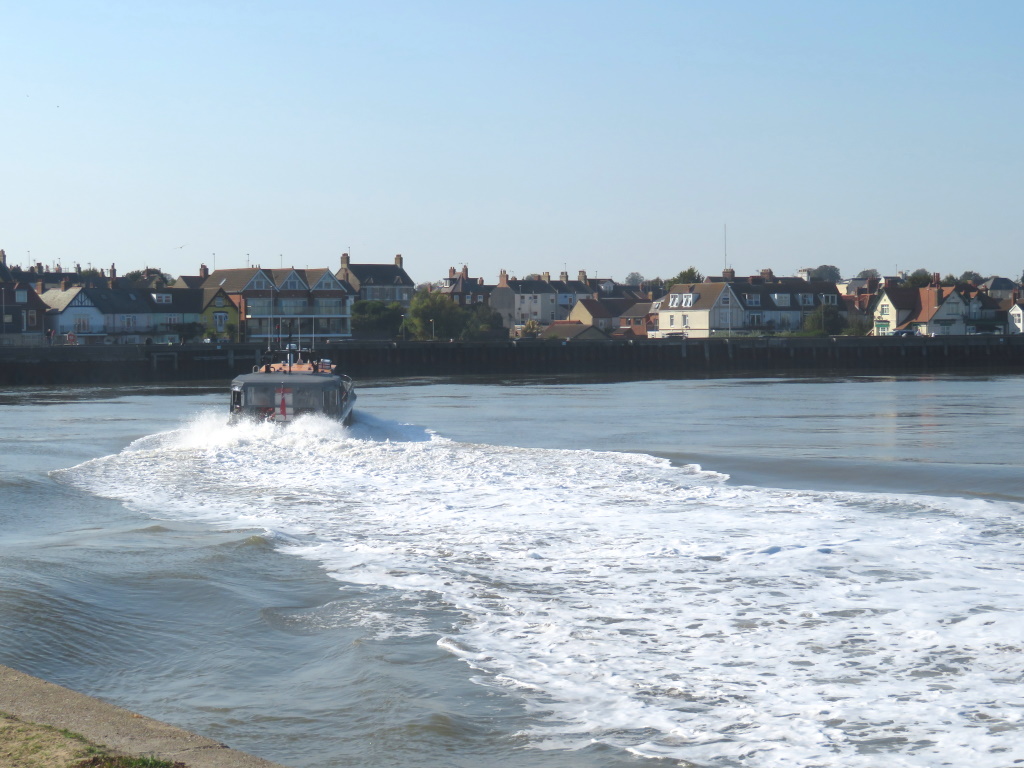 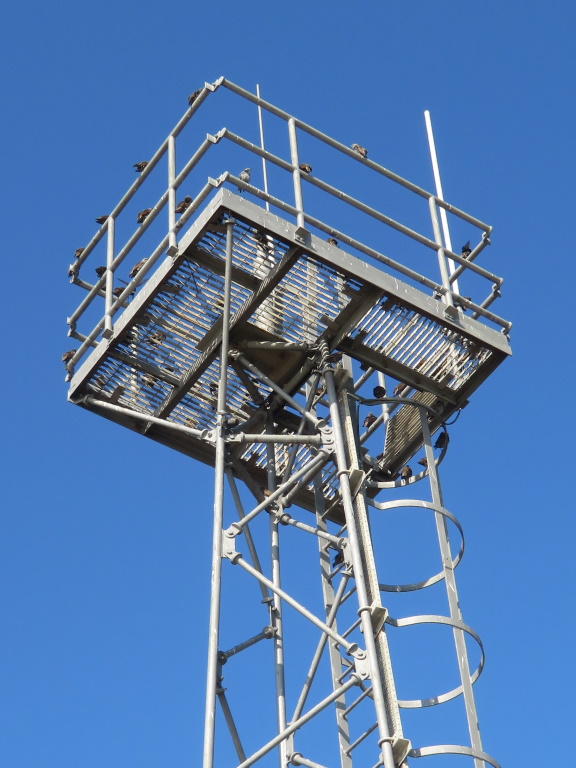 Channelled up and down to a big-old basin at Breydon Water, RSPB™-types can be seen twitching there furiously, when in season. The best on offer in Gorleston, however, are the starlings, all along the watchtower they are, and members of one of those massive murmurations come twilight, maybe?

When not being perched on, the tower is there to guard the coast but look a little closer at the building and there's a bold claim being made by a plaque. 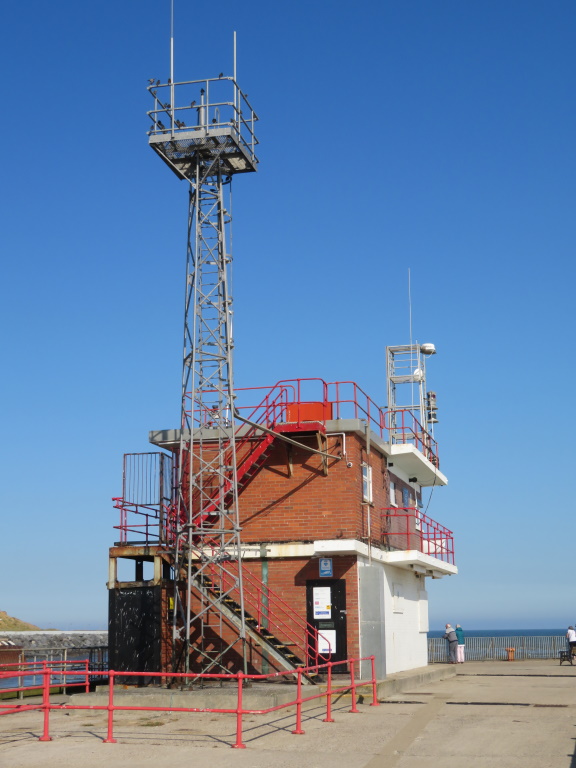 "Near this spot in the summer of 1896, the pioneering American cinematographer Birt Acres shot what is believed to be the first moving picture footage."

The first moving picture footage? That's up there with Edison and Bell man and all on a pier in Gorleston?

Look a little closer, though, and it might have been the cameraman and film maker Arthur Melbourne Cooper, whoever he was, and it seems they're not quite sure.

Look a little closer, though, and that's the first moving picture footage... "in East Anglia".

Interesting enough but that's now slightly disappointing although it's hardly Gorleston's fault. SlyBob simply got too excited by reading too quickly and it now appears to be just another example of a bold tourism claim, the widest flywheel in the West Midlands, for example.

Remember Corton? Well, it's worthy of a mention, maybe, as you'll pass it on your way south soon after crossing the state border. The sand, sure enough, has just about run out and the terrain marks the start of the shingle and salt marsh that's much more typically Suffolk. 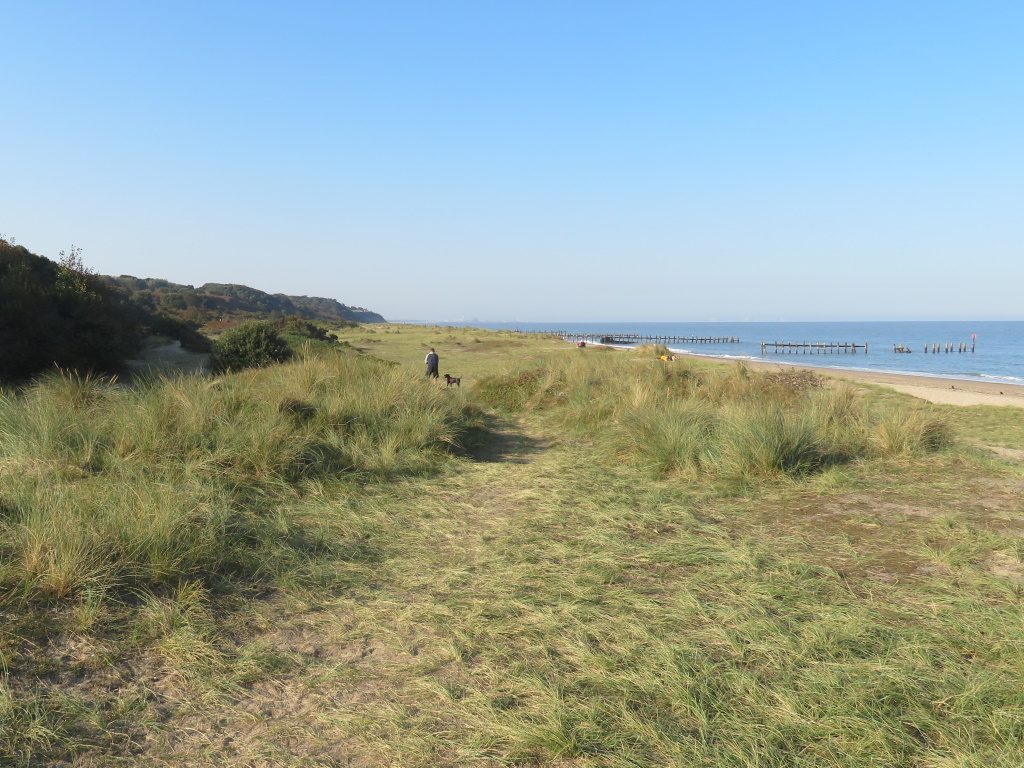 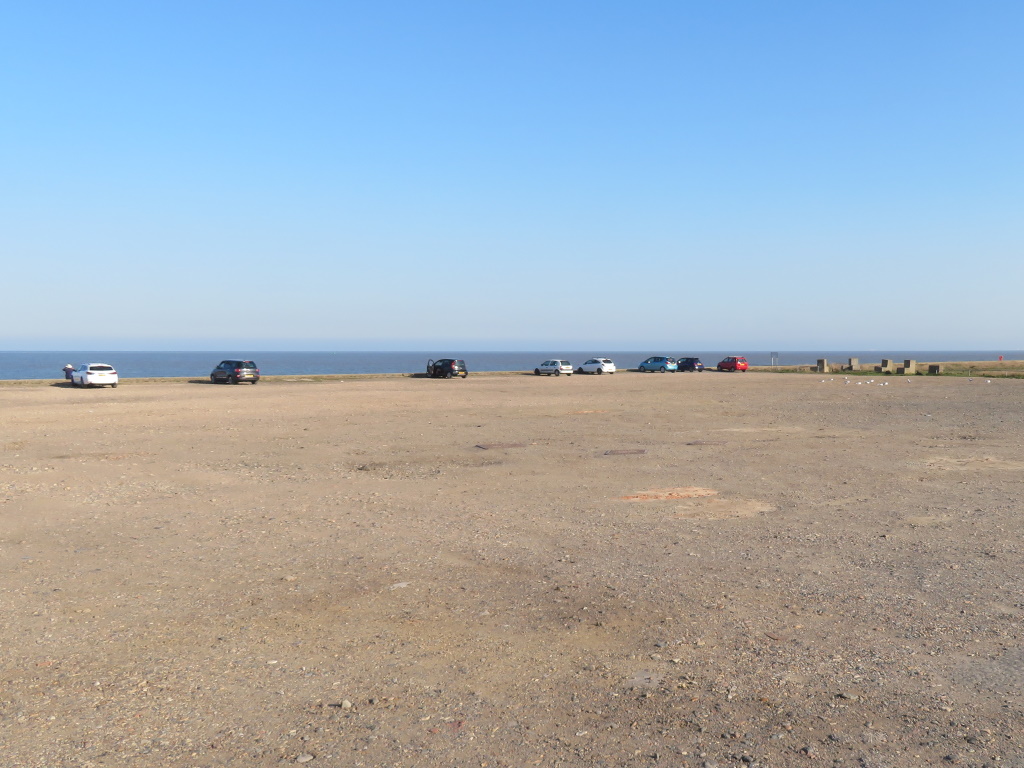 Dogwalkers and bracing strollers look to be the target audience so that doesn't really explain why there's more parking available here than there is in the whole of Great Yarmouth?

Meanwhile, back in Gorleston, the clifftop gardens might not be up for some annual blooming prize or other but other old-skool attractions are still evident. 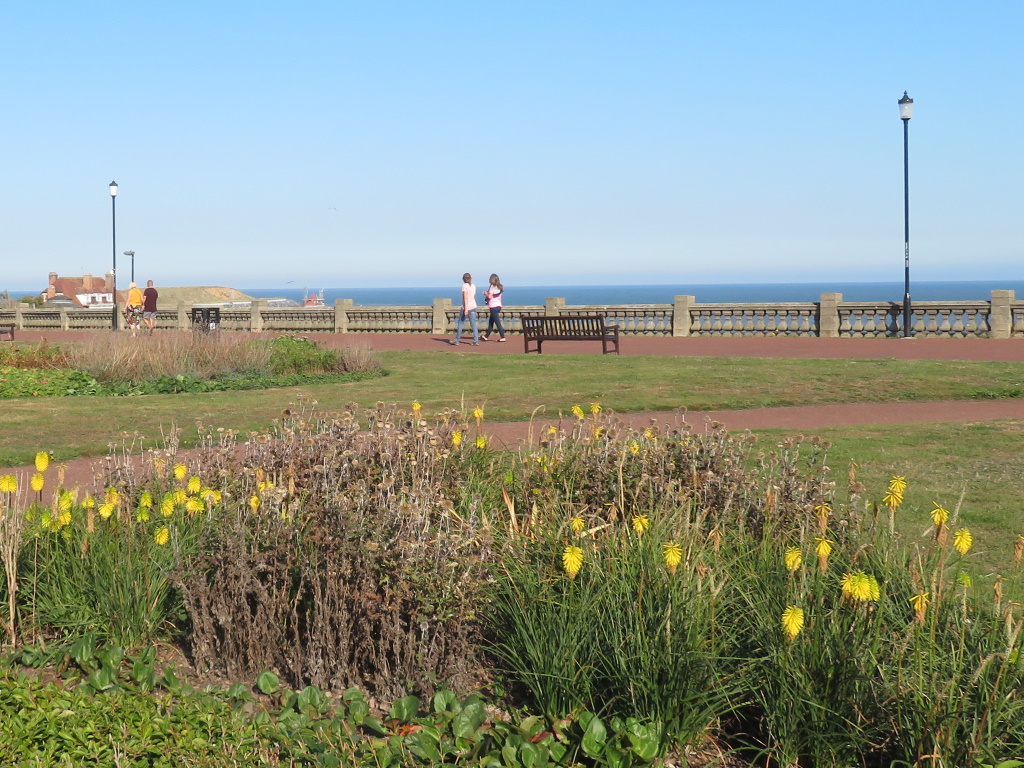 A bandstand in the pier, or is it the promenade?, gardens and the Edwardian-era Pavilion Theatre but the good old paddling pool hasn't stayed quite so rooted in the past. 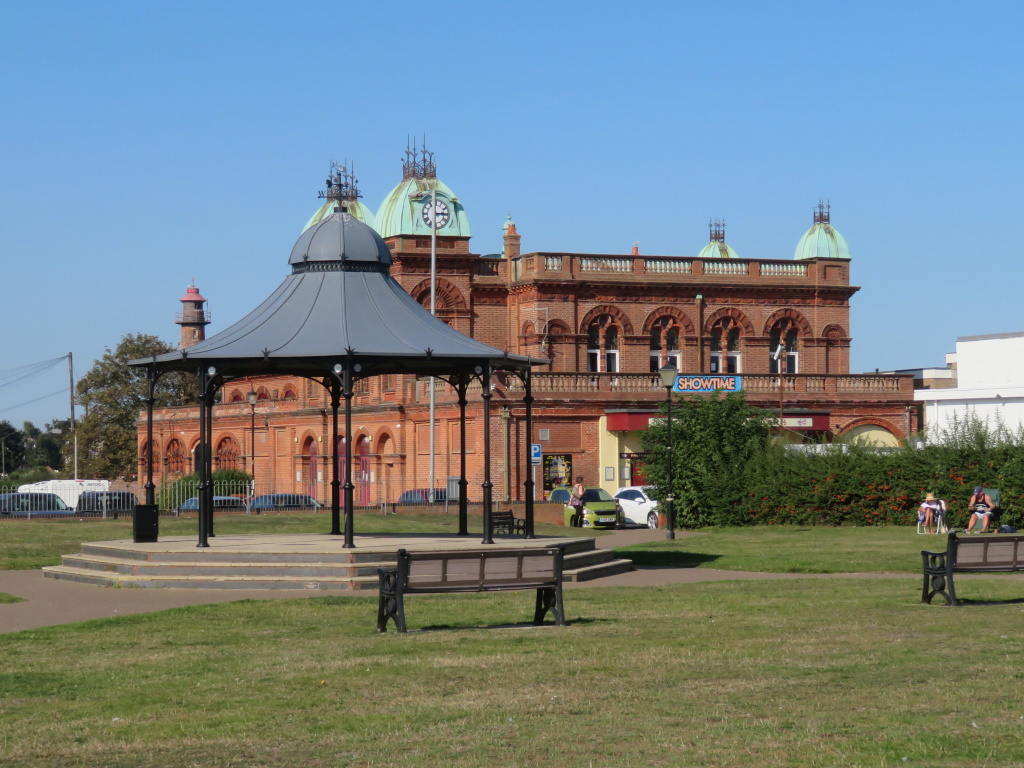 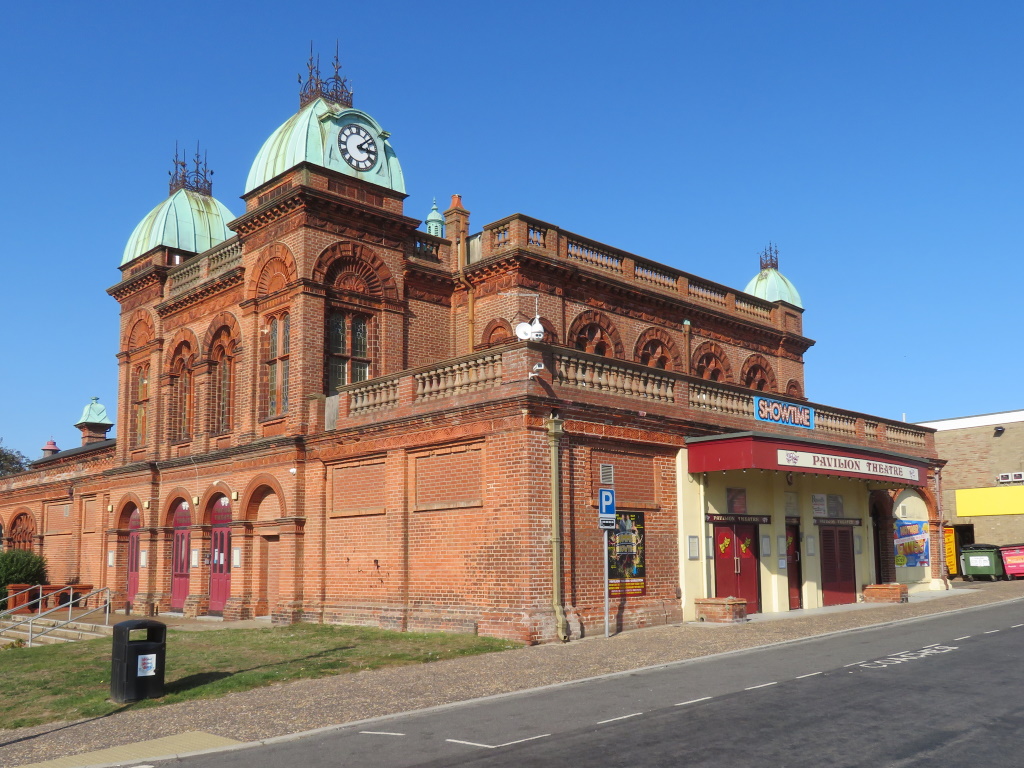 It's now promoted as a wet play area, not shown, with 'fountains' and 'jet streams' and is what some pen-pusher at City Hall saw as progress, probably.

Remember that film Yesterday? No, not the film you watched yesterday, the film  Yesterday, you know?

Struggling musician wakes from a coma to find an altered reality in which the Beatles never existed. He had slept through an unspecified cataclysmic event, or something, so he borrows their songs and international superstardom beckons. Hey, it could happen?

Roll and coat it in rom-com and with the true nature of happiness over success thrown in, it's got Richard Curtis, quite literally, written all over it. Famed director Danny Boyle, however, chose somewhere charming but still slightly gritty like Gorleston with the backdrop not quite so picture postcard as Curtis' other output.

The Pier Hotel provided the platform for a rousing rooftop performance to 5,000 extras on Gorleston beach, half of whom would have been halfway to Corton, surely? 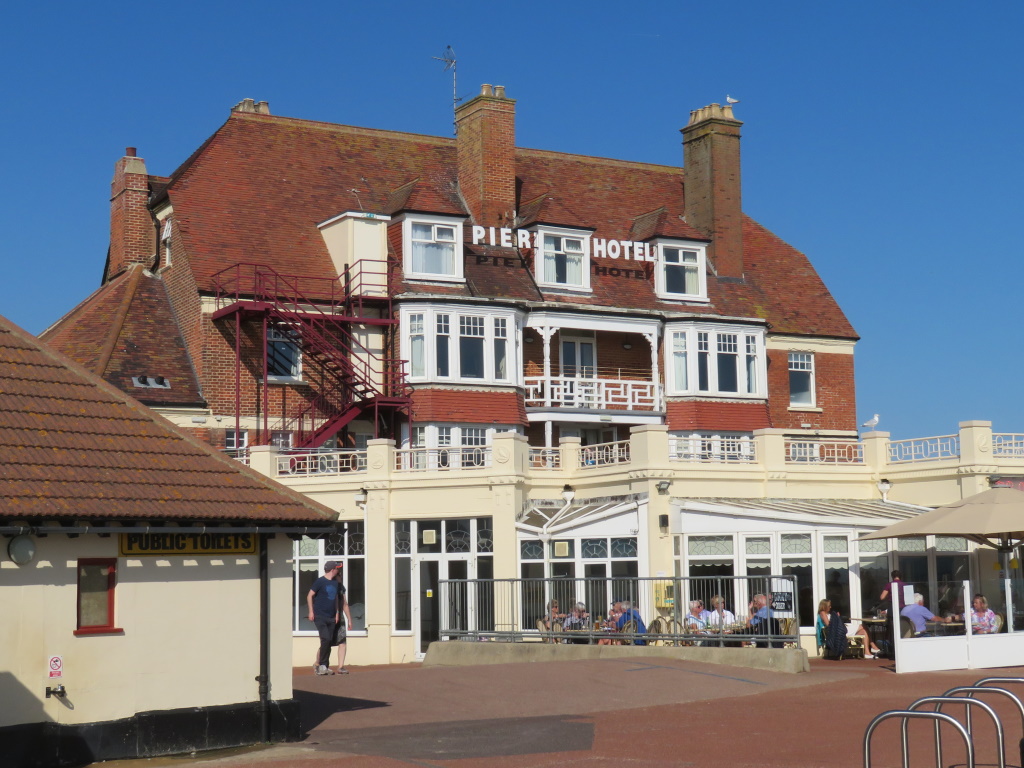 The film's reception was mixed, the cataclysmic event conveniently forgotten about, but there's enough of the Beatles, and Suffolk, to warrant a solid *****.

Boyle picked up some single obscure award or other but one thing's for sure... stick to the singing Sheeran!

He might have four Grammys but he ain't picking up no Oscar anytime soon.

Outdoor seating beside the beach is perfect following the lifting of restrictions during you-know-what. The film Yesterday may not have turned out to be a total turkey but they're turning it out here by the plateful.

Famously famous in Norfolk, of course, have as a main course or proper chunky bits in a super-sized sandwich with not a Twizzler™ in sight. Bootiful.