Can you believe this intrepid pair of explorers have never ventured into Wiltshire? It's accidental, actually, having got lost in the Cotswolds Water Park before heading under a motorway near Swindon, but here's another hill and there's now known often to be something of interest up there?

This should have all been about Royal Wootton Bassett but nothing much there was found to write home about, military funeral repatriations and a big Sainsbury™s excepted.

There would appear to be enough to warrant a Tourist Information with a caff and a mini cinema in it, all quadrupling up as Malmesbury Town Hall. 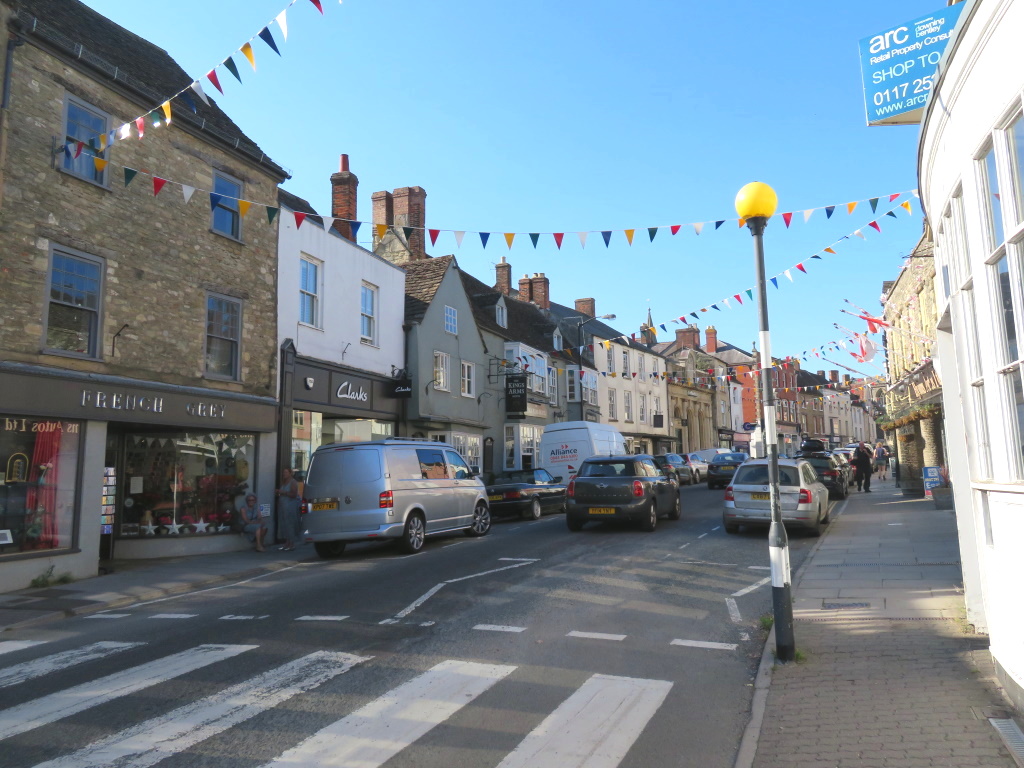 Snuck out of the car park to the main road up and in where there's a right whiff of the Cotswolds about the place, a claim that's borderline at best boundary-wise.

Nevertheless, the sloping high street is a treat with the, now to be expected, indie traders and eateries although it's good to see Clark™s seem to be shifting some shoes in these parts.

Things lead up to Malmesbury Market Cross, a late-15th-century structure with, on closer inspection, a few saints and the crucifixion well represented. 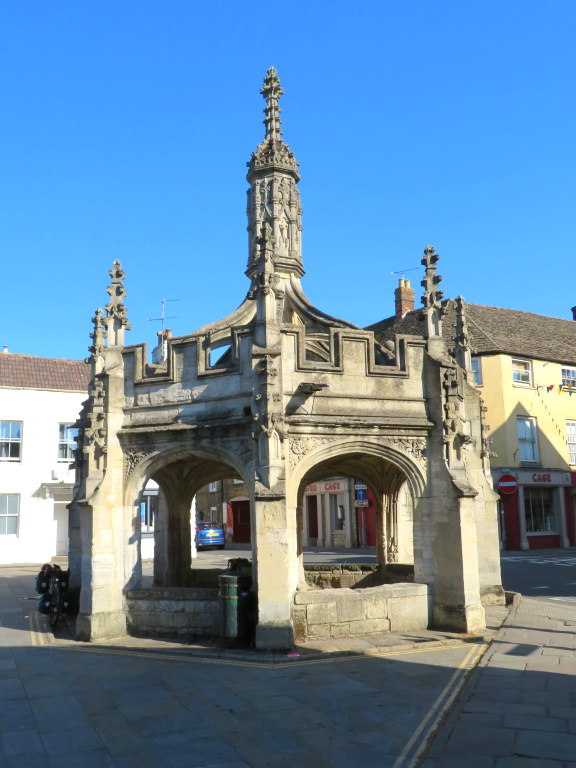 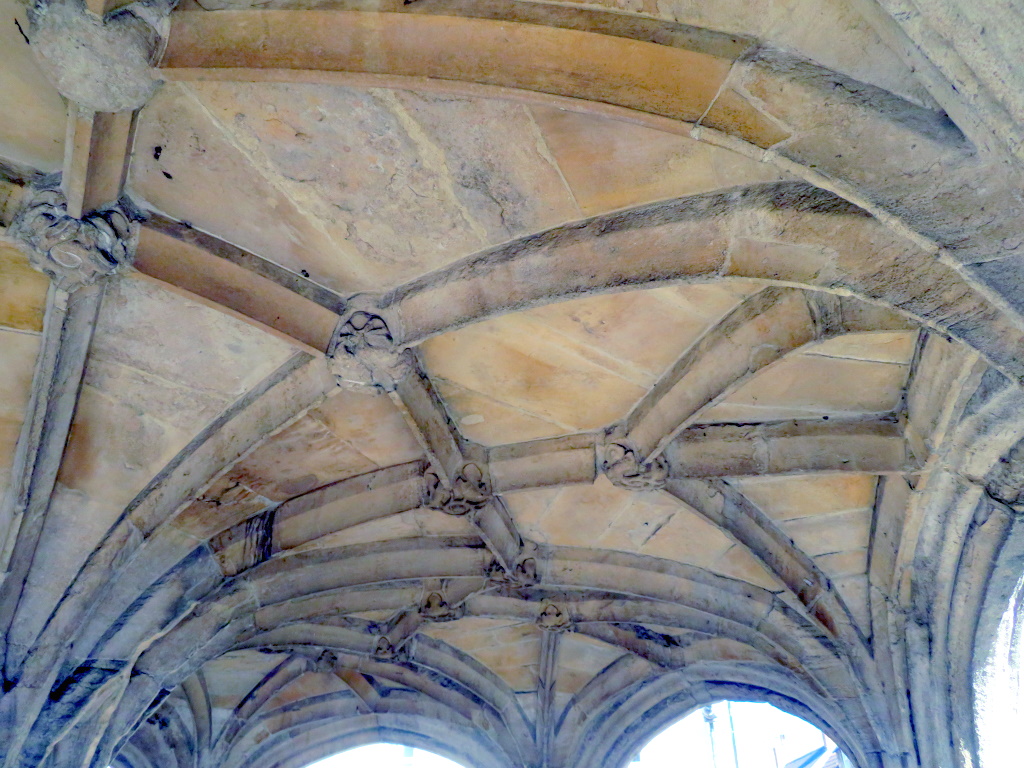 There's a Normanesque, possibly vaulted, ceiling to it but for what purpose this sophisticated stonework?

It appears to be, quite frankly, just showing off and a simple shelter would surely have sufficed? It's not known to whom this statement of superiority was directed but what is known is there was plenty of ready-made material available.

A bit of the Market Cross was knocked off by a bin lorry and can be found in the small museum next to the town hall. That sits side-by-side with a JMW Turner, no less, as well as artefacts highlighting the town's not insignificant history but more on that in a minute.

That negligent dustman probably wasn't paying attention to oncoming traffic at this tight right or was simply distracted by the sight of a 12th-century abbey? 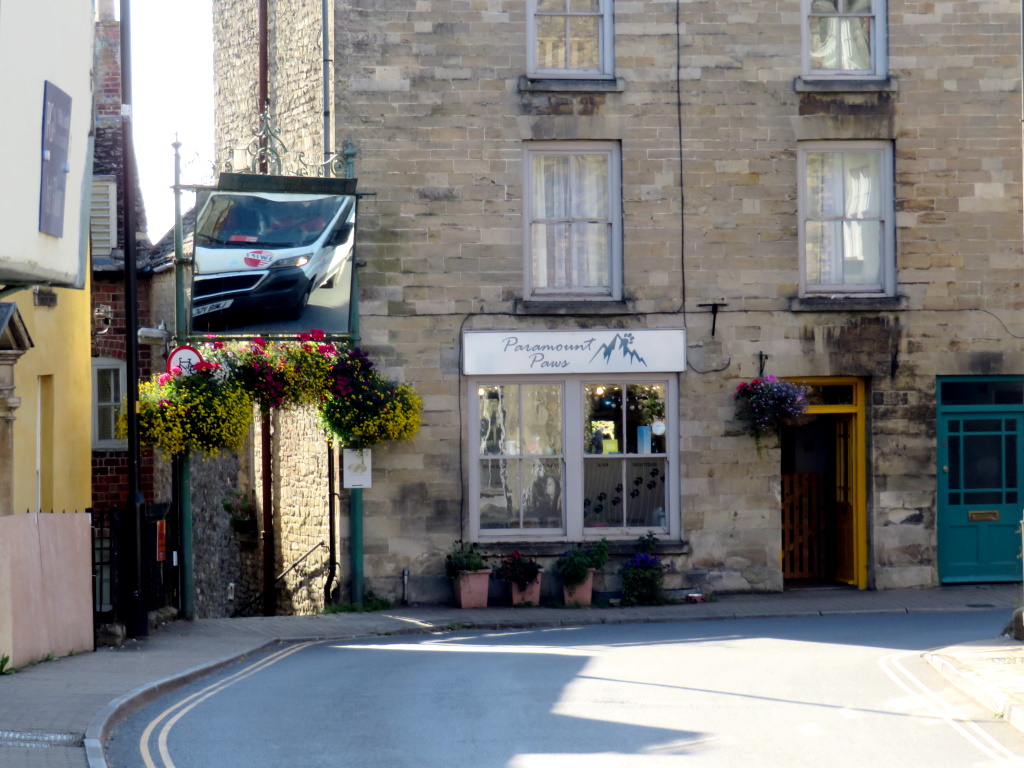 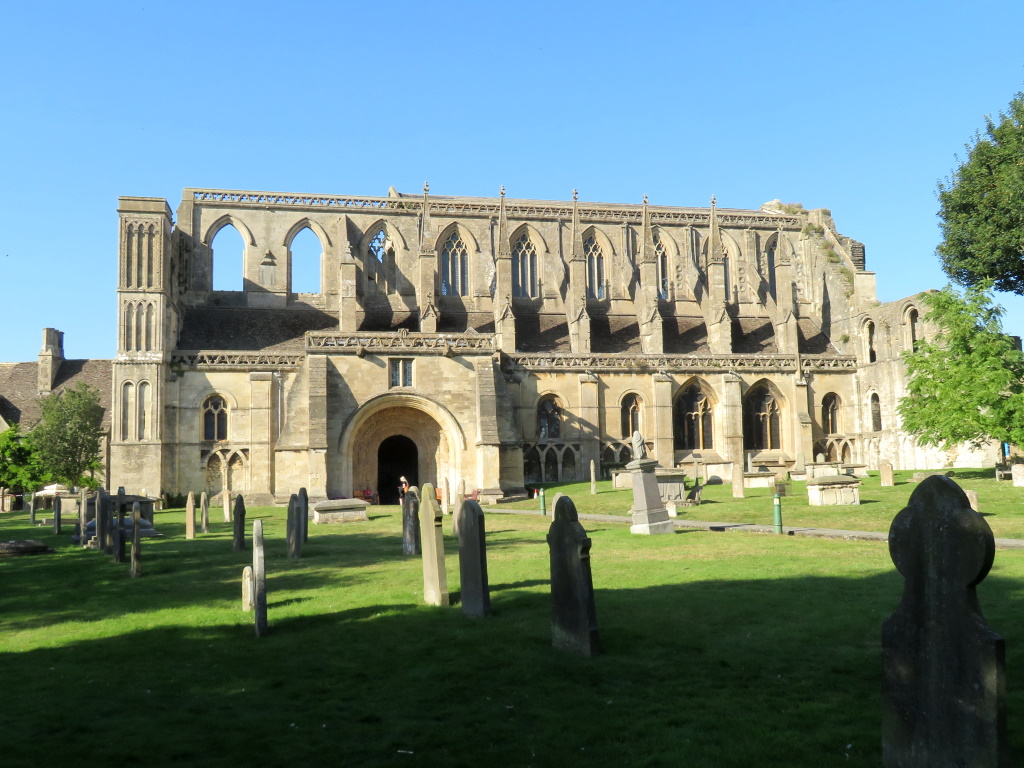 This Romanesque, they say, whopper established Malmsbury as a bit of a player worshipping-wise and masons from France were imported for those final, fiddly touches.

This erased an earlier, Anglo-Saxon effort but there was no need for Henry VIII to get his demolition team in when he invented the word 'dissolution'.

A severe storm several decades earlier had already left it partially ruined, you see, with the now homeless monks moving elsewhere but, on the plus side, at least the town got a new Market Cross out of it.

The abbey is free up close and round the back to gawp at a wall but there's a lady in a booth restricting access to the Abbey House Gardens unless you part with some pounds. 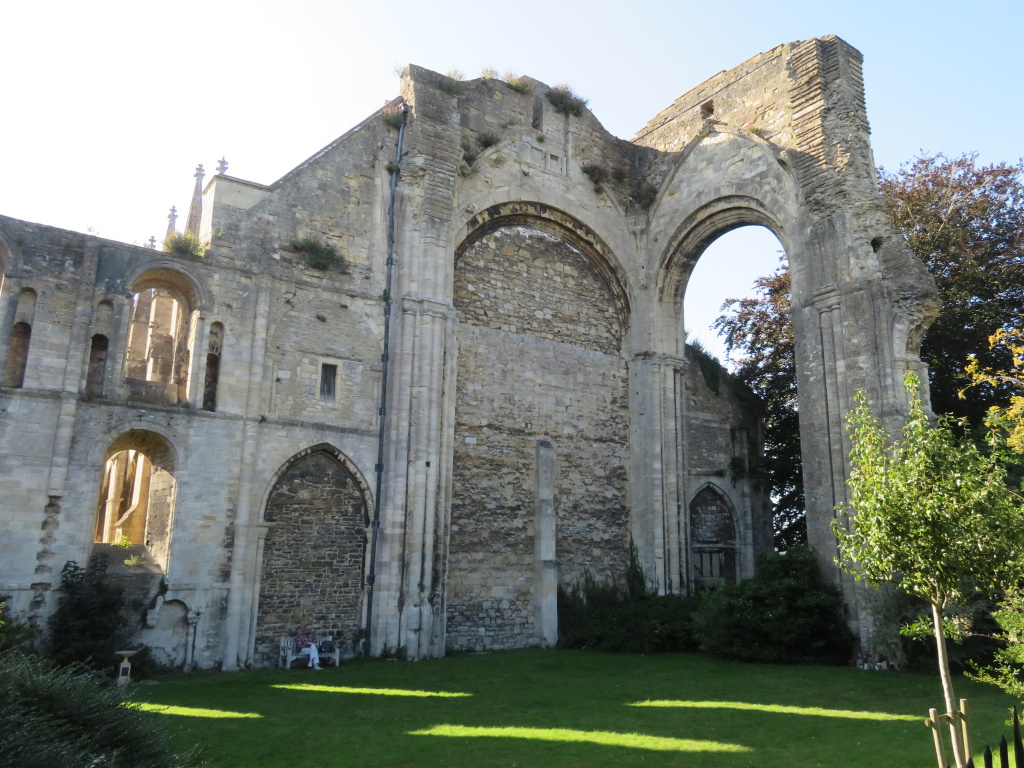 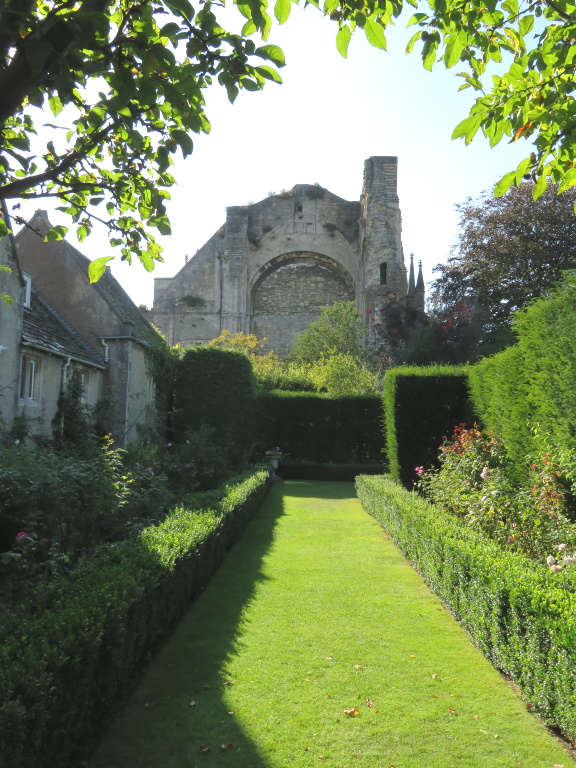 They're gardens in the grounds of an abbey, alright, snapped up by a wealthy family in which to build a mansion, not shown, when the freehold suddenly became available back in Tudor times.

That makes them not quite as old as the abbey but can still be dated back to... 1996!

Yes, it wasn't until then that husband and wife team Ian and Barbara Pollard had transformed the site and opened it all up to the public. It was a remarkable achievement, really, taking just two years and made all the more remarkable by the fact they had a habit of doing it in the nuddy.

Yes, the Naked Gardeners even featured on TV and it goes some way to explaining why that bed of nettles has been left to run riot, ouch, and careful with those shears now! 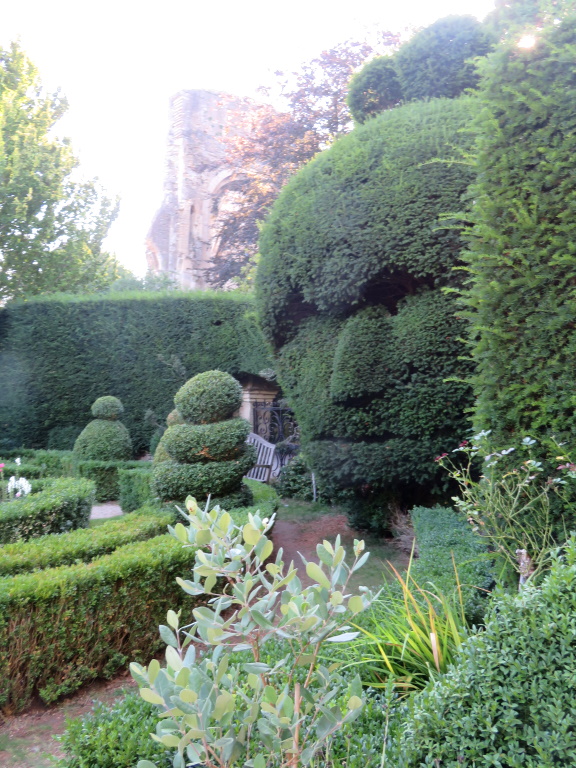 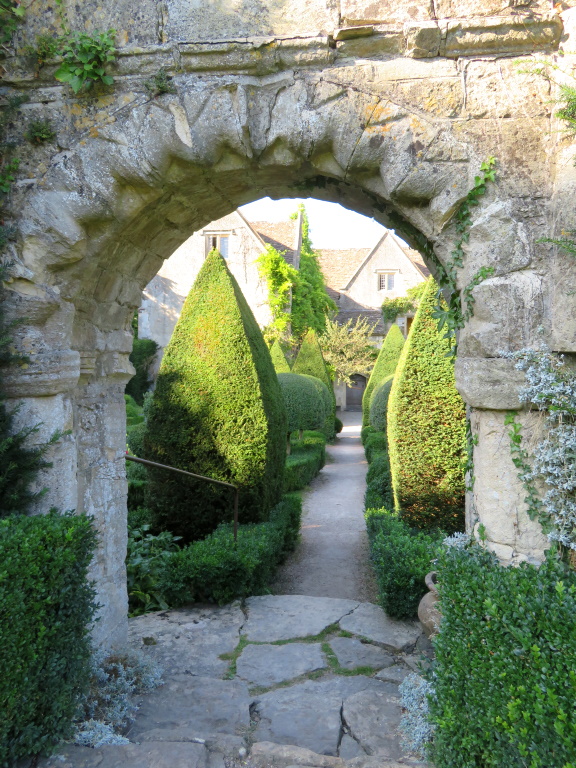 Highlights include some top topiary and strategic reveals but best of all can be found below.

The terrace behind the mansion, still not shown, has paths leading down to the River Avon, not that one. 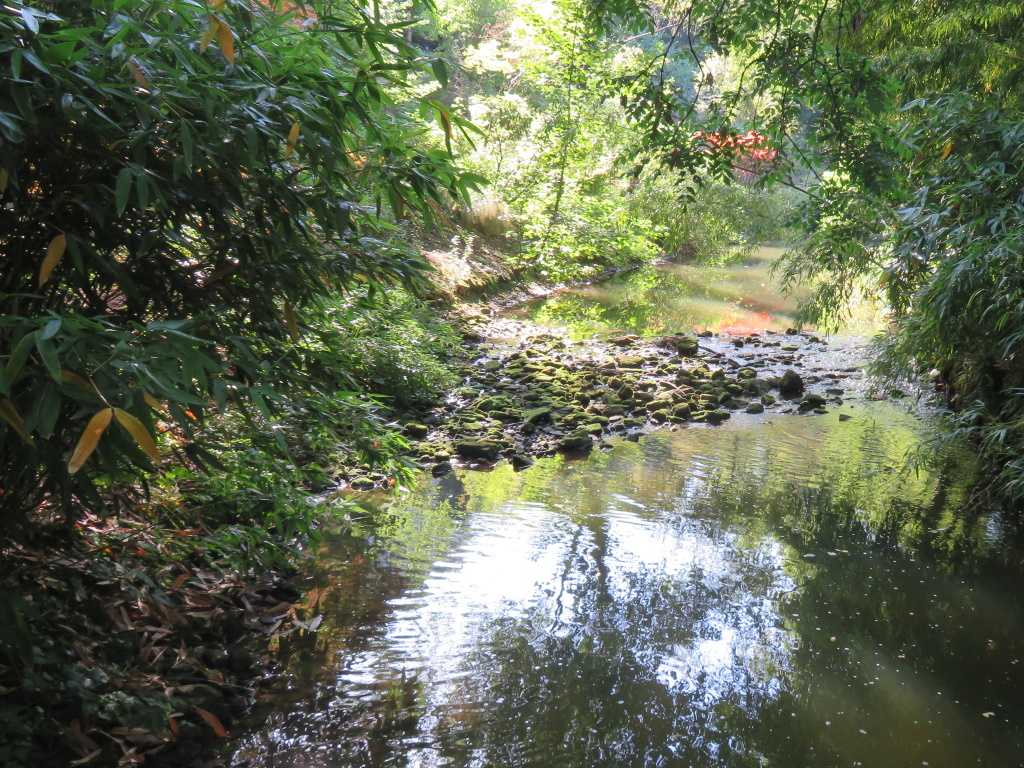 There's more fine work here to create a tranquil setting and a young girl doing some meditation agrees, probably. She's not quite so relaxed these days, though, doing her dinger, no doubt, as the whole place can now be filed under permanently closed. Well, not quite.

Ian Pollard died in 2019 and with the upkeep no longer viable, enter a pair of wealthy Americans who promptly shut the gates to concentrate on a boutique hotel conversion. That's slightly unfair, they've since reopened the gardens but only on every other Saturday during 2022 with the proceeds going to charity. Things, by their own admittance, weren't 'quite ready' and there was already evidence of that six months earlier.

Let's call it delightfully ramshackle in parts, say, something SlyBob seem to be moths to a flame to and we're looking at you, Little Spain in, Palma.

Not content with purchasing the gardens, Yanks Kim and Whit Hanks now also own the Old Bell Hotel, an hotel with an old bell above the door. They're no strangers to Malmesbury with the Hanks' family tree traced back to a local mill owner.

They're no strangers to hospitality, neither, with a wedding-oriented resort in Texas so it's now all Cowboy Stew and Collard Greens in the Bell's kitchen? The Ploughman's Lunch is definitely off the menu, probably, where are they going to source a decent cheese from in the USA?

The graveyard in front of the abbey contains the headstone of Hannah Twynnoy who was mauled by, get this, a tiger, in the, get this, White Lion pub. Seems she had poked it with a stick once too often but barmaid's wages back in 1703 wouldn't have covered the cost and Horrible Histories, no less, don't even know paid for it, neither.

The graveyard was once also home to the remains of the Anglo-Saxon King Æthelstan but there are rumours that he now lies somewhere underneath the gardens but who the heck he?

Only the first King of England, they argue, having nobbled the Northumbrians, quelled the Cornish and convinced the board of Wessex United that a merger with Mercia Albion would be good for the share price.

That now explains the name of the museum but his link with Malmesbury is tenuous, at best, other than being a big fan of the church and the original Anglo-Saxon building being home to his battle-dead cousins. Originally buried in what would become the abbey, was he unceremoniously moved by the Normans or even the Tudors as a political statement of intent?

Nonsense or not, the new owners might have to be careful where they dig that new BBQ pit.

There's one final feature in a raised, stone tank chock-a-block full of some not-so-coy carp. 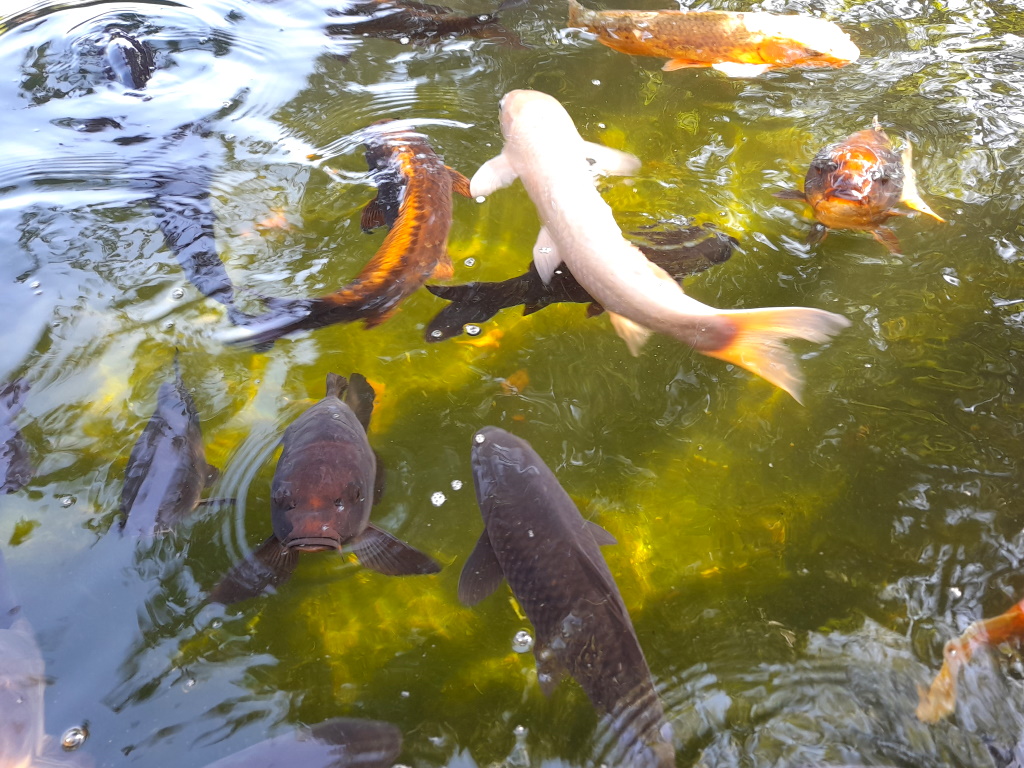 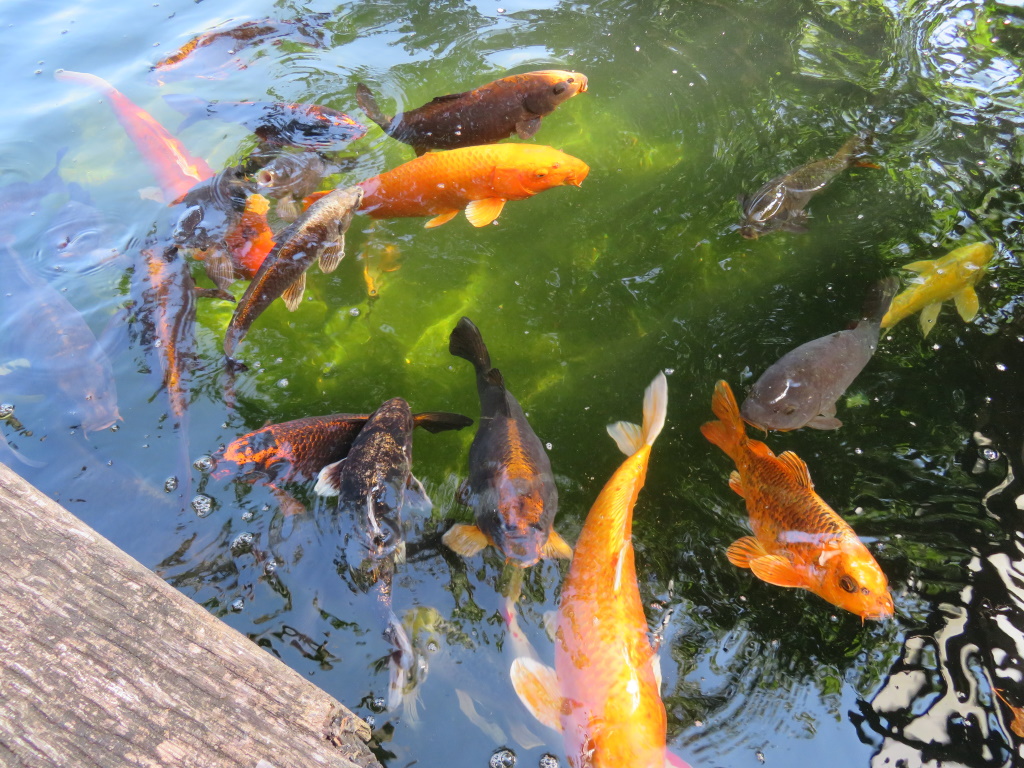 They're a curious or greedy bunch and it's thought to be a nod to the original, monastic ponds that once provided sustenance for the silent. They'd have feasted for a week, these days, because something is lurking in there that's twice the size of everything else...

Catfish? No, Bob definitely isn't a 19-year-old gymnast from Texas.