A first synchronised visit to Filey, this, a younger version of Bob's day trip from the Blue Dolphin™[1] holiday camp in 1976 on the bus to Bridlington doesn't count.

Here's a chance to see if the effort of '76 was worth it although not much of it is remembered other than there wasn't a haar during those blazing, summer months, definitely.

A haar? A haar? You never heard of a haar?

Having seen nearby Scarborough up close and personal, expectations were of a similar but smaller version and this once thriving and up-market Victorian seaside resort's streets certainly maintain the charm. 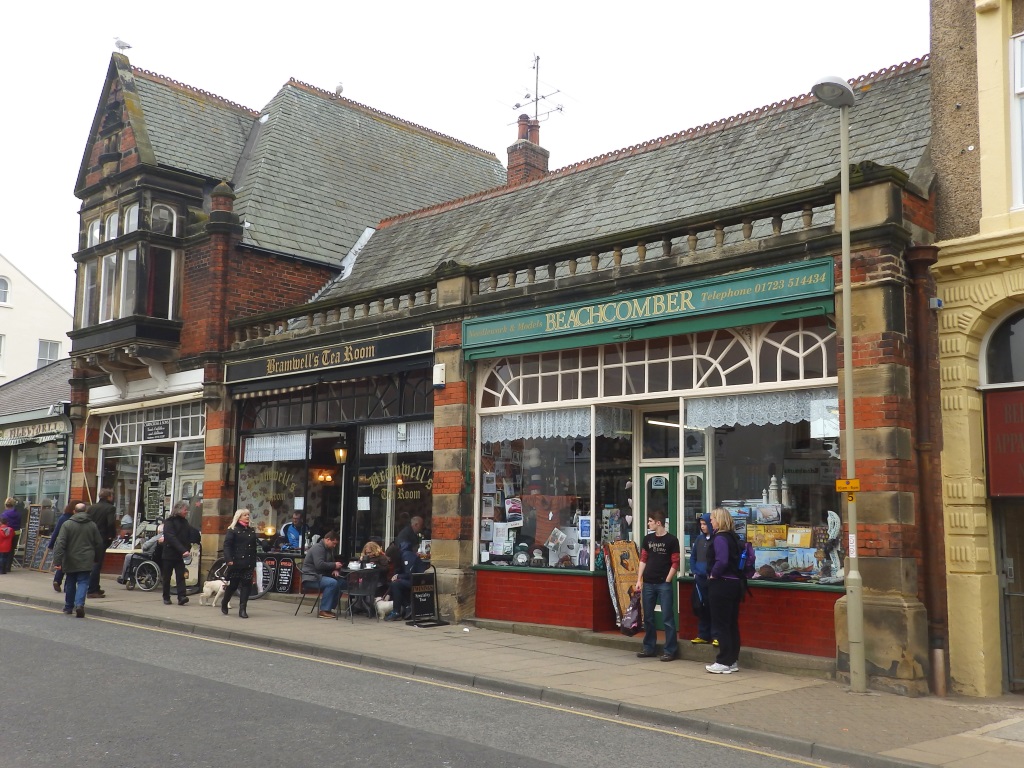 A little bit of the traditional amongst the fish & chips. The ladies' even has a pull chain cistern and who doesn't remember them, right codgers?

It's still fairly thriving as evidenced by these bums on seats despite it being a somewhat haar-y bank holiday Monday. If you've never heard of a haar then you're probably not from the East Coast. They used to call it a sea fret in the olden days on the weather forecast and the cause is warm air passing over, quite specifically, an area of much cooler North Sea air. Before you can say condensation, you're looking for that hand in front of your face.

It's a relatively localised phenomenon so head a couple of miles inland if you really want to enjoy that picnic. The warm air comes from Europe, as does the word. I don't know, they come over here, nicking our fogs.

Not one of these people had a drink in their hand and by drink, it's meant 'drink'. This stirred some nostalgic sentiment, very civilised, very Victorian. Now where can you get some opium and gin round here?

The Crescent Gardens provide the seaside view that you'd expect from a place that promises as much. The buildings that act as the backdrop are on the (Royal) Crescent, a mid 19th-century housing project funded by a Brummie solicitor. This was once one of the most desirable postcodes in the North and at the time contributed to the resort's somewhat 'la-di-da' reputation. Butlin™s wouldn't open for another 90 years and would soon put an end to all of that.

Quite why these benches weren't as popular as the other ones wasn't clear. As clear as the view it was mused, shaking a fist at the haar.

Now, here's something that hasn't been seen for donkey's years, haven't seen a donk for yonks! There was a bit of an assumption that those fat cat EU bureaucrats in Luxembourg City Hall or wherever were a bit down on this sort of thing and they'd gone the way of Butlins™. Not the case, this docile fella was on his tea break while five of his pals did some child-bound plodding further up the beach.

A banana bought earlier in the day was get this, not straight. The Daily Mail™ subscription and UKIP™ memberships were cancelled with immediate effect.

It's a bit of a drop from the gardens down to the beach but on the way back up, the jutting promontory of Filey Brigg can be seen. You can walk out to the end of it but you might want to check the tide if you're going all the way. 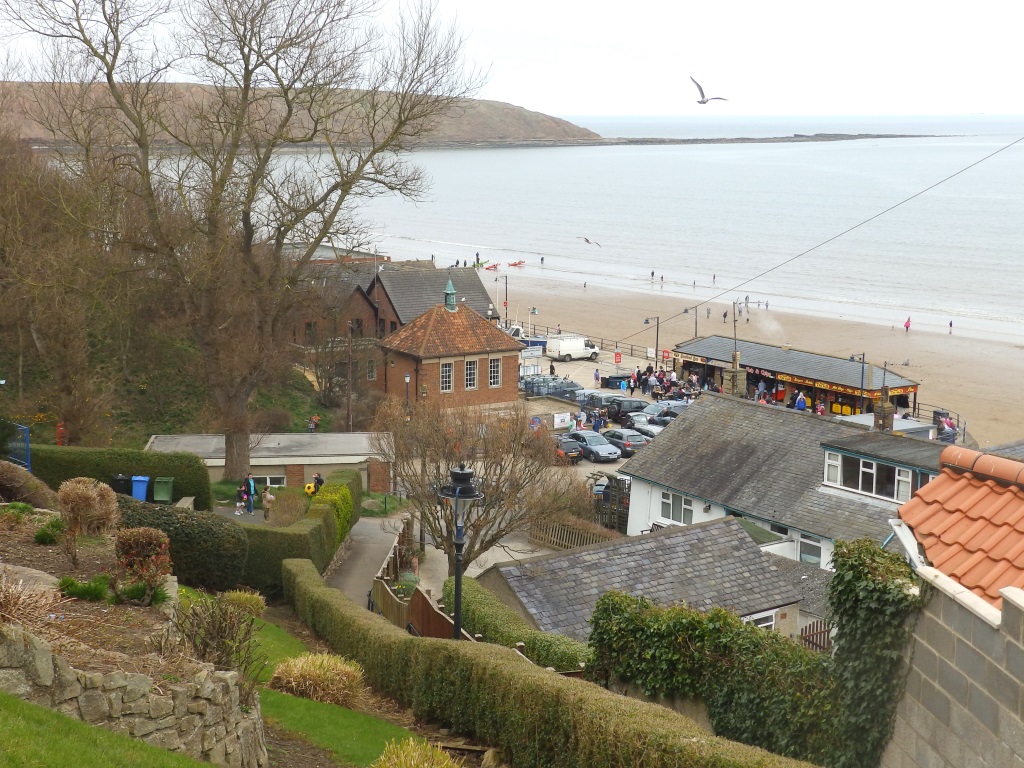 One theory, inevitably, has the devil knocking this out, doing some DIY one lazy Sunday afternoon. This being a time before the toolbelt, he only went and dropped his hammer in the sea.

Rummaging underwater for it, he pulled out a fish instead and exclaimed 'Ah! Dick!' giving name to the haddock. Quite why Old Nick was dicking about with this instead of propagating evil amongst humankind is causing quite a frown.

Another theory is that the rocks are the bones of a dragon that once terrorised the town. The crafty locals fed it some sticky parkin and it drowned attempting an underwater mouthwash. Wouldn't the availability of sufficient quantities of refined sugar, not to mention ginger, in the age of dragons hinder production?

No, just looks like a sudden landslip of the sandstone on the southern side exposed the overlying clay that subsequently eroded to form Filey Bay. Just saying like.