It's hard to believe that you can't believe that this pair of intrepid travellers had never been this far north before. That's why, just north of Spean Bridge, the Commando Memorial came as a complete surprise but who put this here? 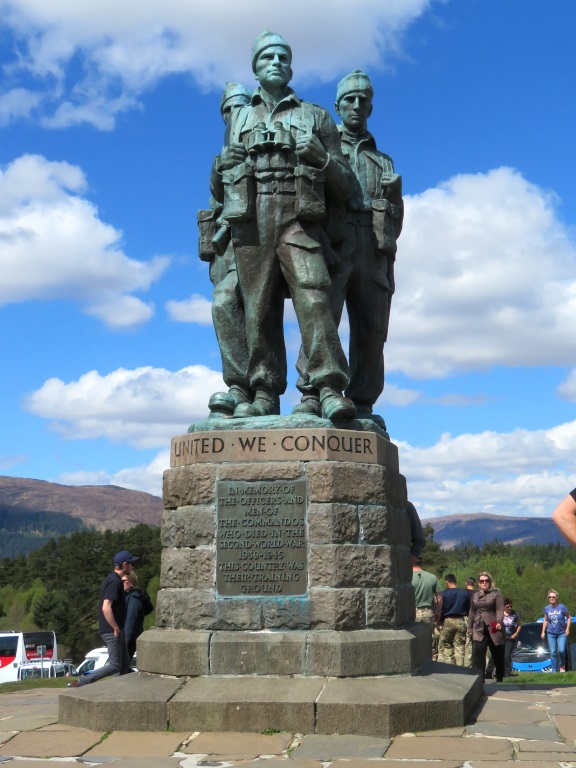 Here's who, HRH Queen Mum in 1952 like she didn't have enough on her plate that year. It's a striking bit of work and now a national, war memorial site on top of the tribute to the unit that was created during World War II.

Gruelling training in the Lochaber hills would follow a seven-mile hike from Spean's train station to their base at Achnacarry Castle. 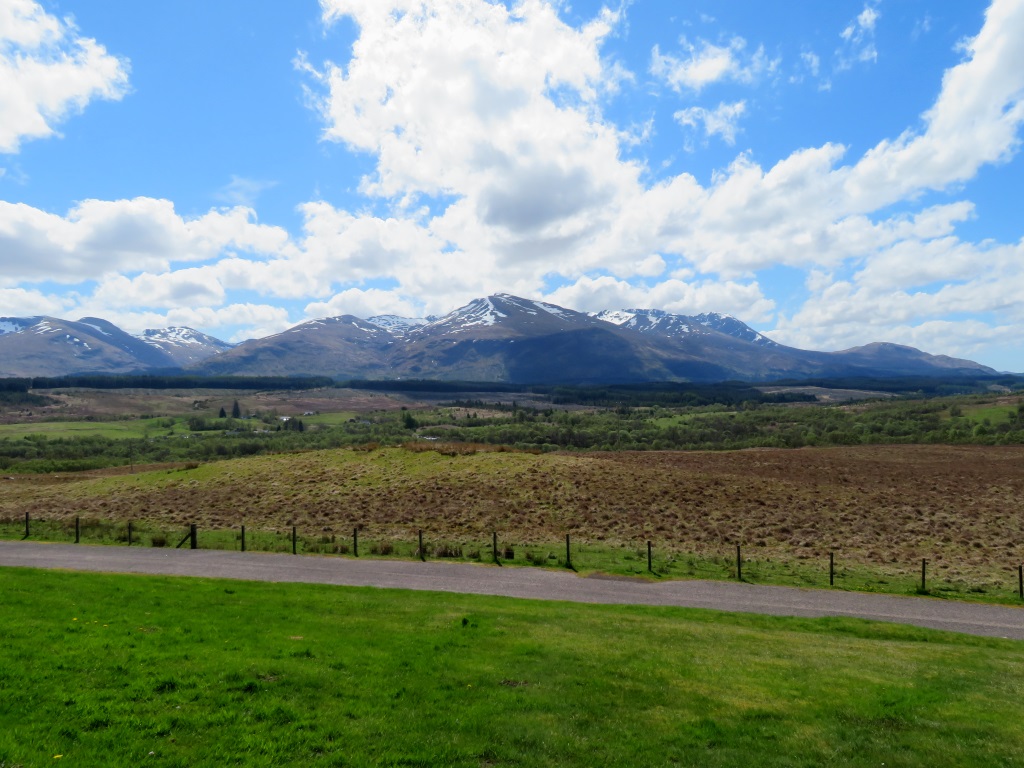 SlyBob might still just about be able to manage that in an afternoon but not in an hour and not in full kit and backpack and not with no sign of a tearoom at the other end.

The Garden of Remembrance has tributes to and the ashes of World War II survivors keeping company with those they went on to outlive from the Falklands, Afghanistan and the Middle East and it's all a bit chilling, actually. 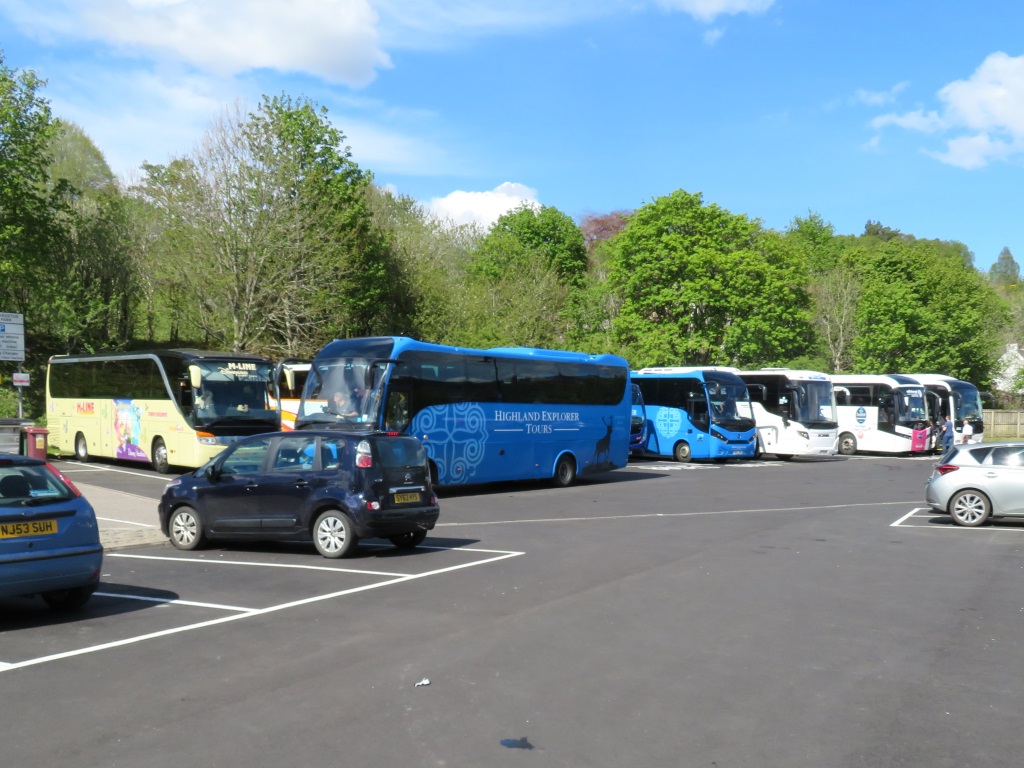 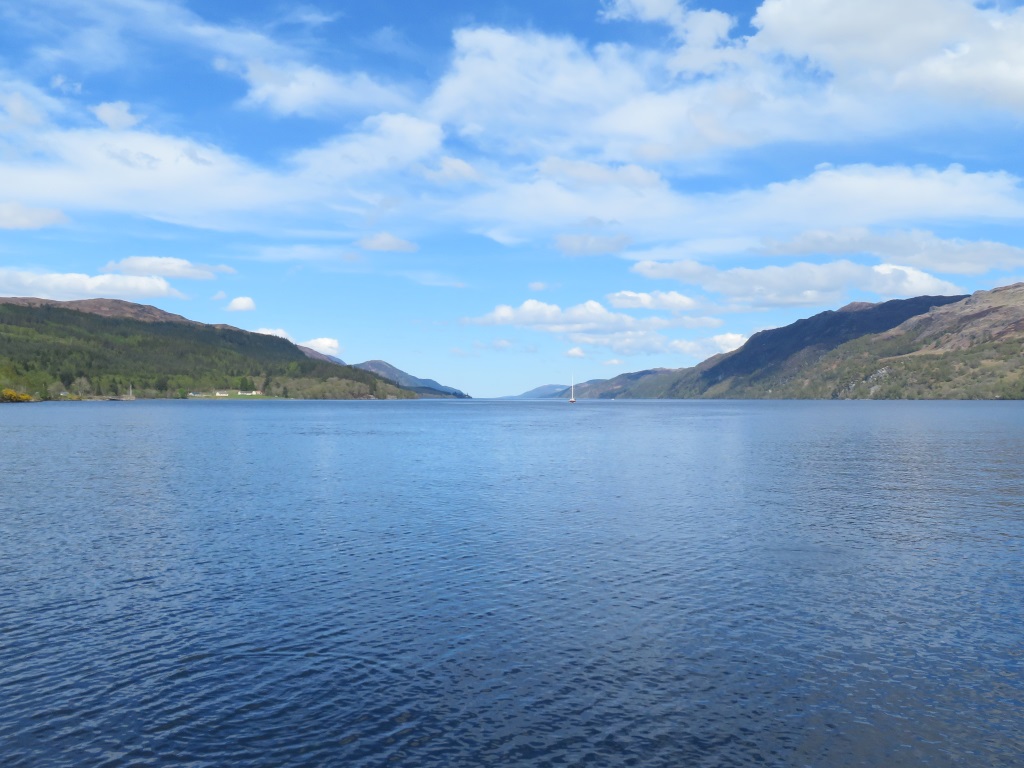 It's a popular spot at the bottom of Loch Ness, alright, which explains the whiff of fish and chips, but there's not an awful lot going on along the main road through once you've sorted out your knick-knacks.

All of this named, of course, from the date of the Jacobite[1] rising of 1715, the second attempt to restore the Catholic line of King James II to the British throne following Oranjeboom Bill's Protestantings.

The fort[2] that named that toon wouldn't appear for another 25 years, just in time for a more famous uprising in 1745 involving a Bonnie Prince and a Culloden like you didn't know already.

Queen Vic is celebrated for some diamond work, jubilee-wise, with a drinking fountain, obviously. 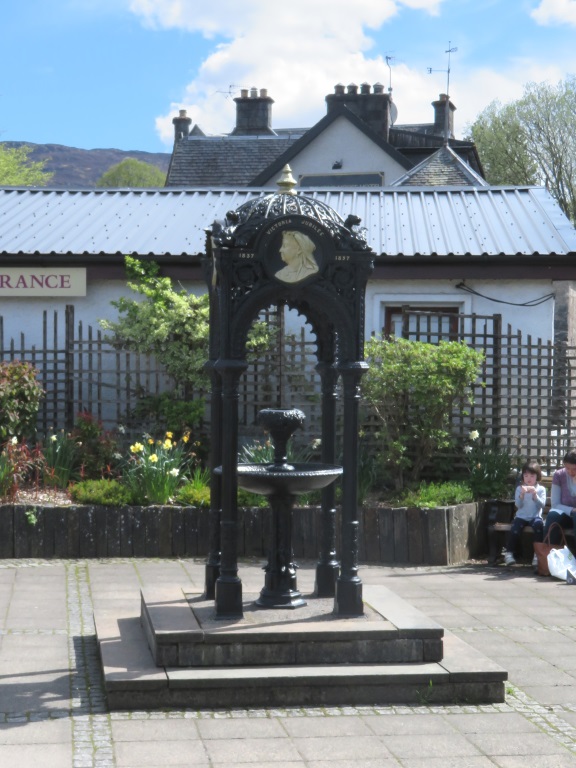 It seems she passed through here once on a steamship although her bouche very definitely wasn't amused as she dined.

She complained of the 'very rude' people who peered in as she tucked in but in their defence, if you consider neeps and tatties a treat, what else are you going to do?

Access to Loch Ness is via the UK's smallest lighthouse, they say, which still does some less than blinding work. Down at the loch, there's a possible sighting of you-know-what and is as convincing as any other snap that's ever been seen. 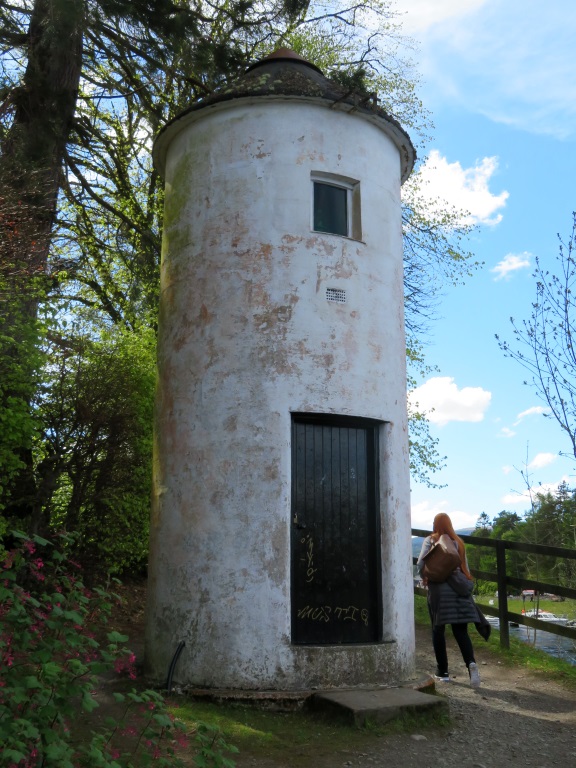 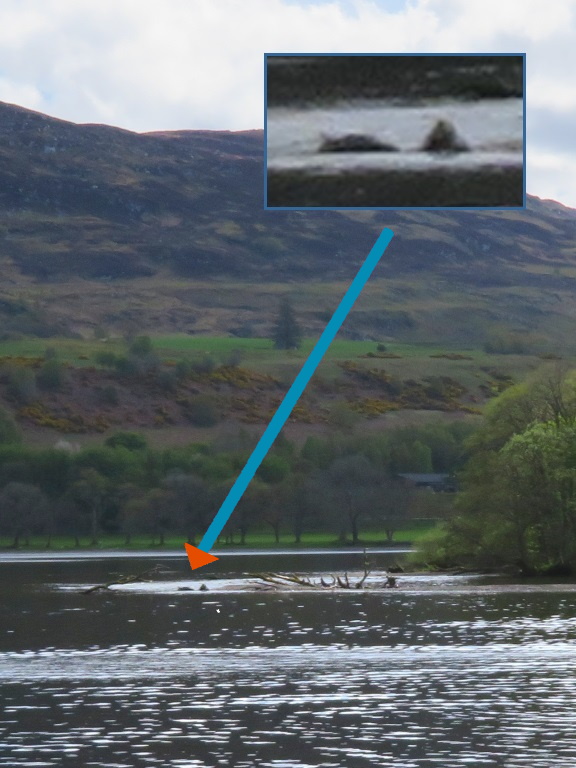 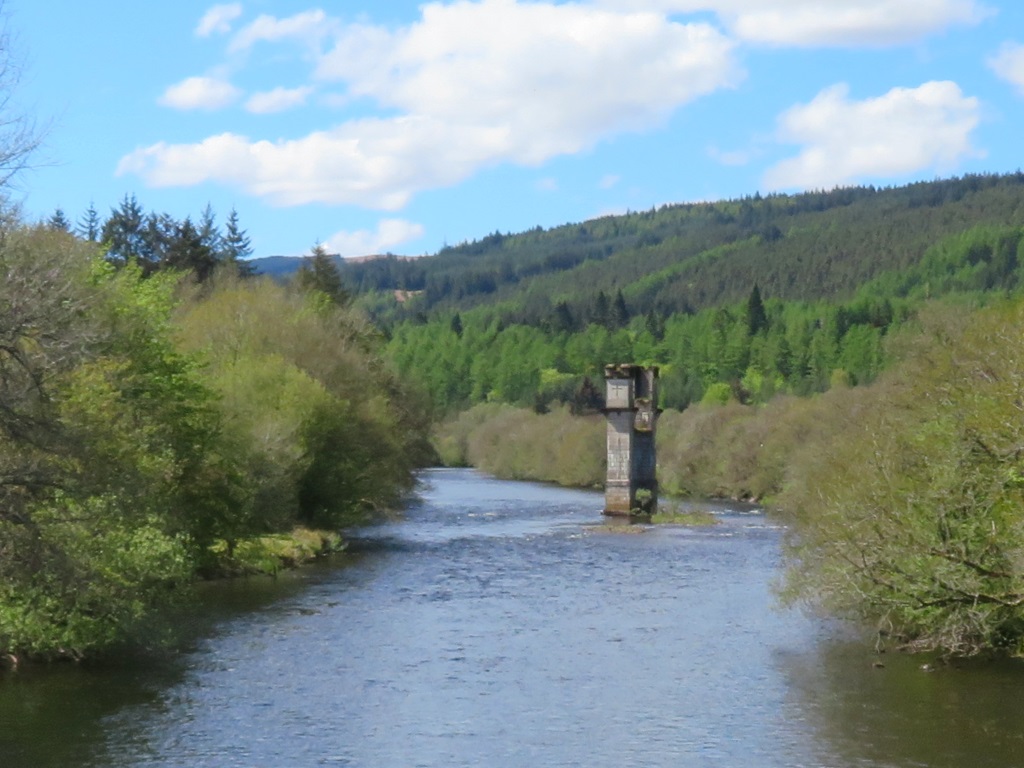 The old pillars in the River Oich used to carry a short-lived railway and on the other side, there's a chance to do a loch cruise.

Looks like everybody else who is here today has the same idea and it's all on a vessel with the inevitable, Nessie livery. 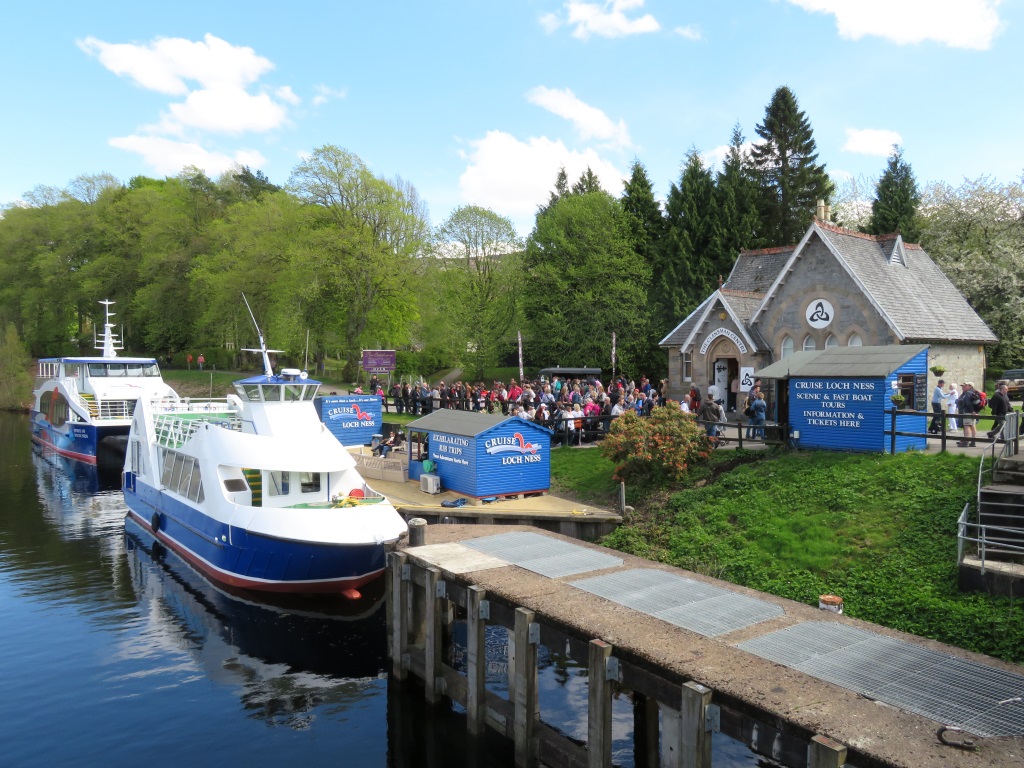 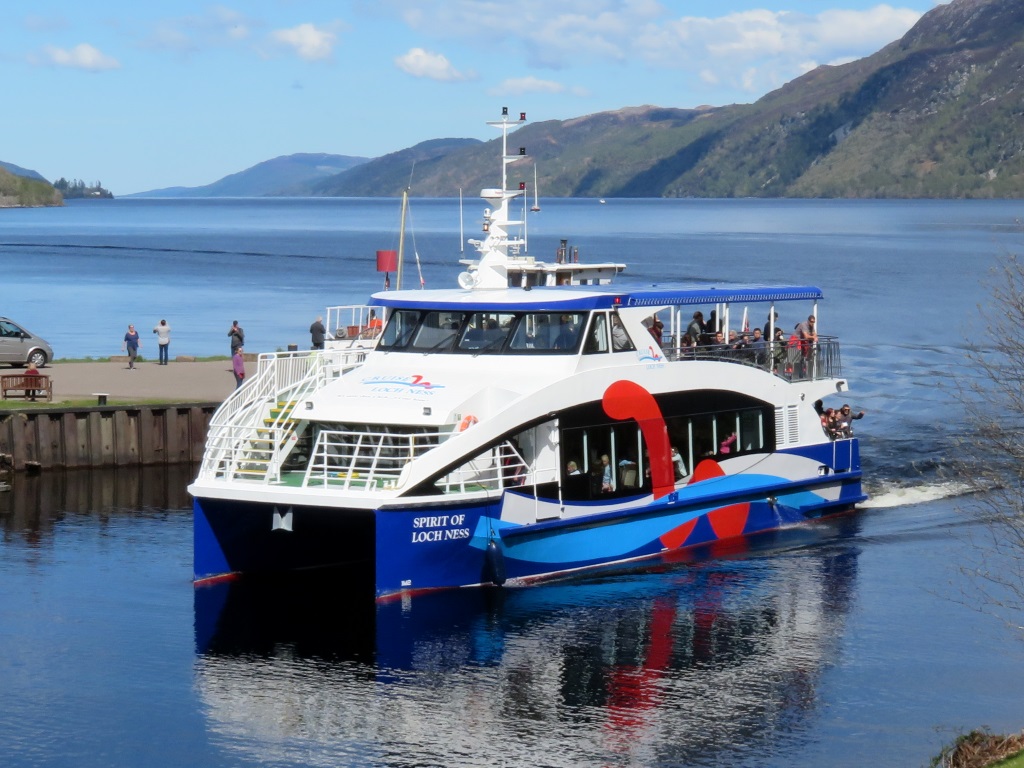 After all of that excitement, it looks like that's Fort Augustus done, then?

Not as first thought a hotel but luxury, self-catering apartments where the best bet looks to be for a week since the price of a single night's stay is as high as those who say they've seen Nessie. 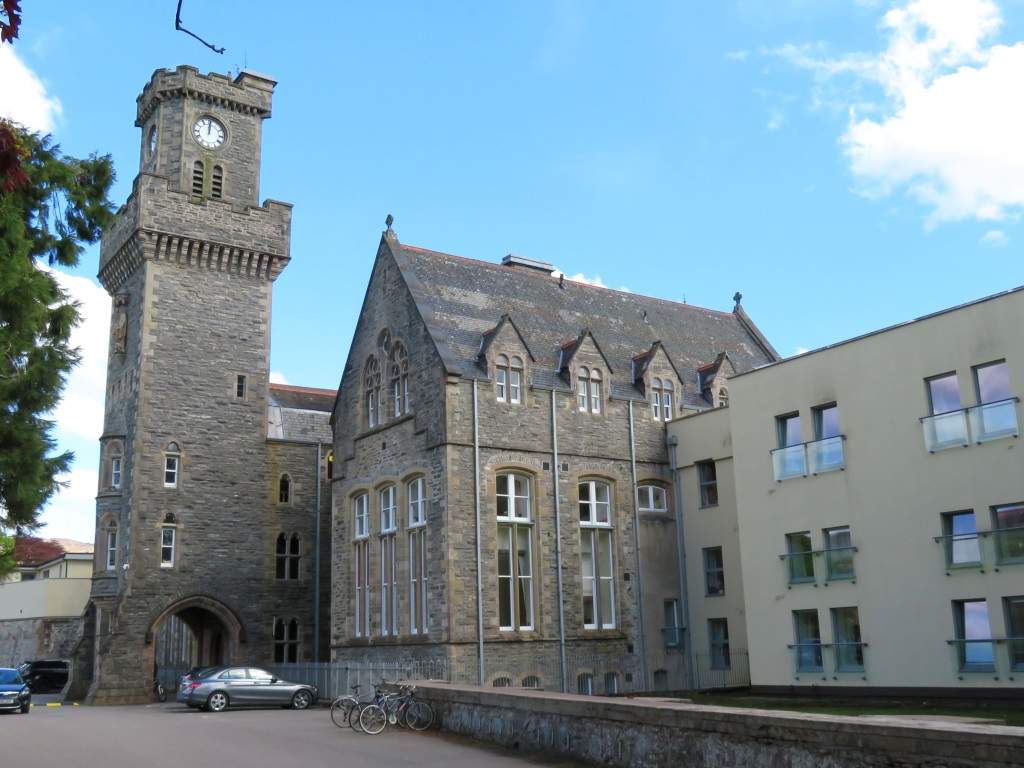 Some of the lodgings are in the old monastery that isn't quite as old as you might think. The modern wings have hardly been sympathetically done but it's thought you're allowed in the grounds as you snuck back from the loch.

Of course that's not Fort Augustus done and especially not for any fans of the canal. Whenever Scotland needed a new bit of early 19th-century infrastructure, Thomas Telford usually got the call on the, yet to be invented, telephone.

The 60-mile Caledonian Canal links Fort William with Inverness and Telford picked up the imaginary receiver and said yes to the five-dozen-miles dig.

That work included the five locks here that drop you back down having been raised up by the eight at Neptune's Staircase near Fort William. 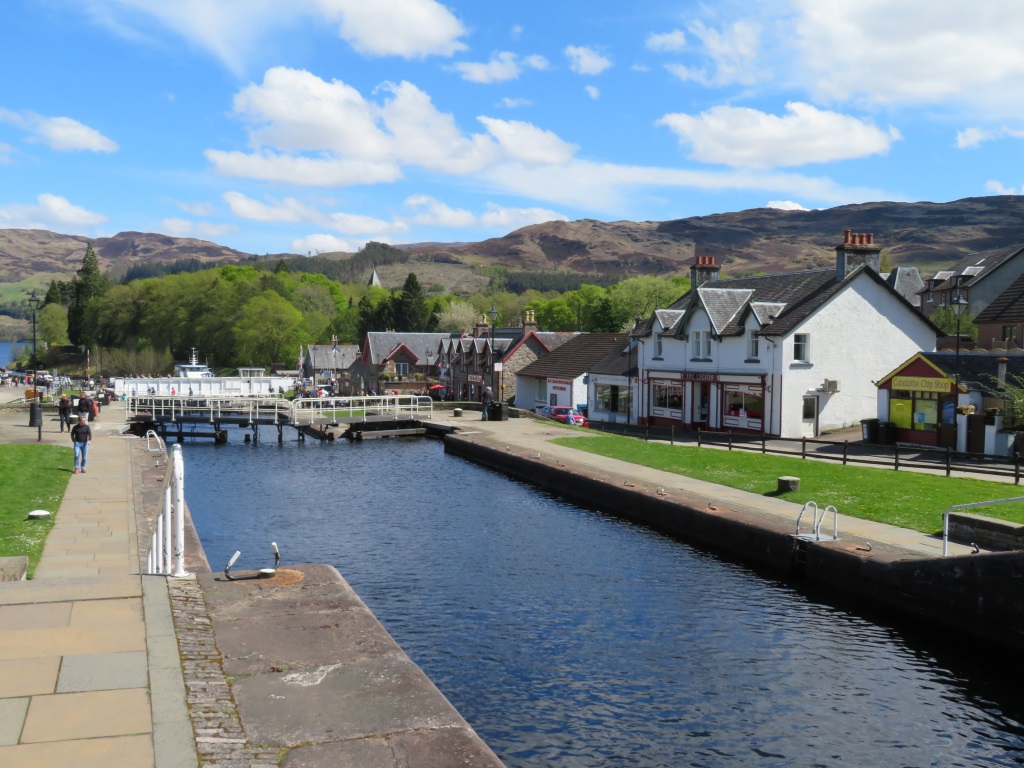 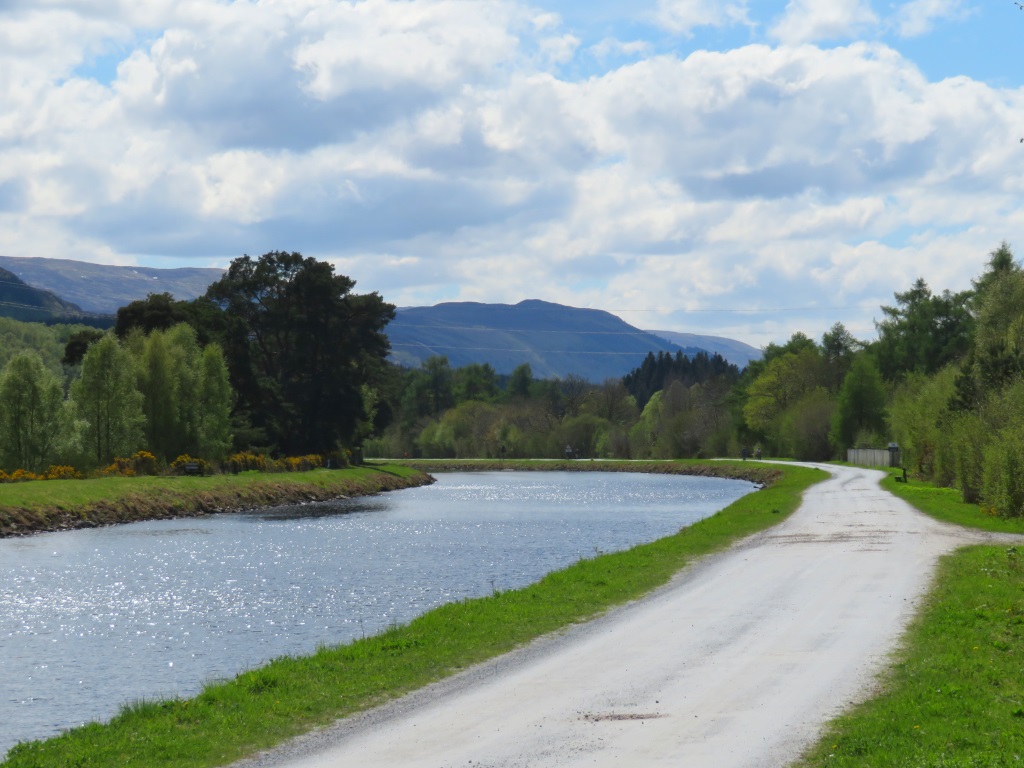 It's a perfect spot for a bit of gongoozling and you can walk along the footpath if you like but there isn't another crossing for two miles where there might not be a path all way back.

Cash only, community-run café that replaces a previous effort of which advising trippers were largely indifferent. It's way better now[1] with the young staff learning valuable life lessons in how to deal with grumpy grown-ups in a customer-facing capacity, probably.

In an attempt to restore Anglo-US relations, Bob informed an American lady, pointing at a biscuit, that it's called shortbread... 'If you're spending any time up here, you need to know that luv. It's the national dish!'

[1] At least it was, it seems to be permanently closed, these days, and no, it's not known if that's down to you-know-what.

Not that they needed to cut a channel for all 60 miles since the new watercourse would use the, very different kind of, lochs already present in the Great Glen namely Ness, Oich and Lochy.

Yes, you did just hear 'Lochy', which is the least imaginatively named of all the lochs. There's a wealth of mystical, Celtic nomenclature around here but Loch Lochy? That's not even trying!

That's a reminder, actually, because it's time now to head off into Glen Glenny where there might be a walk up Mount Mounty or shouldn't that be Bheinn Bheinny?

See, doesn't that sound so much better?