This is just about in Dorset's Isle of Purbeck and historic Wareham marks the start as you come at it from the north. Note it's said in the Isle of Purbeck since it's not a real island, really, more of a peninsular so, pedantically, you can't be on it.

It's a bit like when people say they're going up or down the shops even though they'll often be heading east or west.

They're rightly proud of Purbeck, though, where it's a little bit Purbeck this and Purbeck that[1] all along the high street. 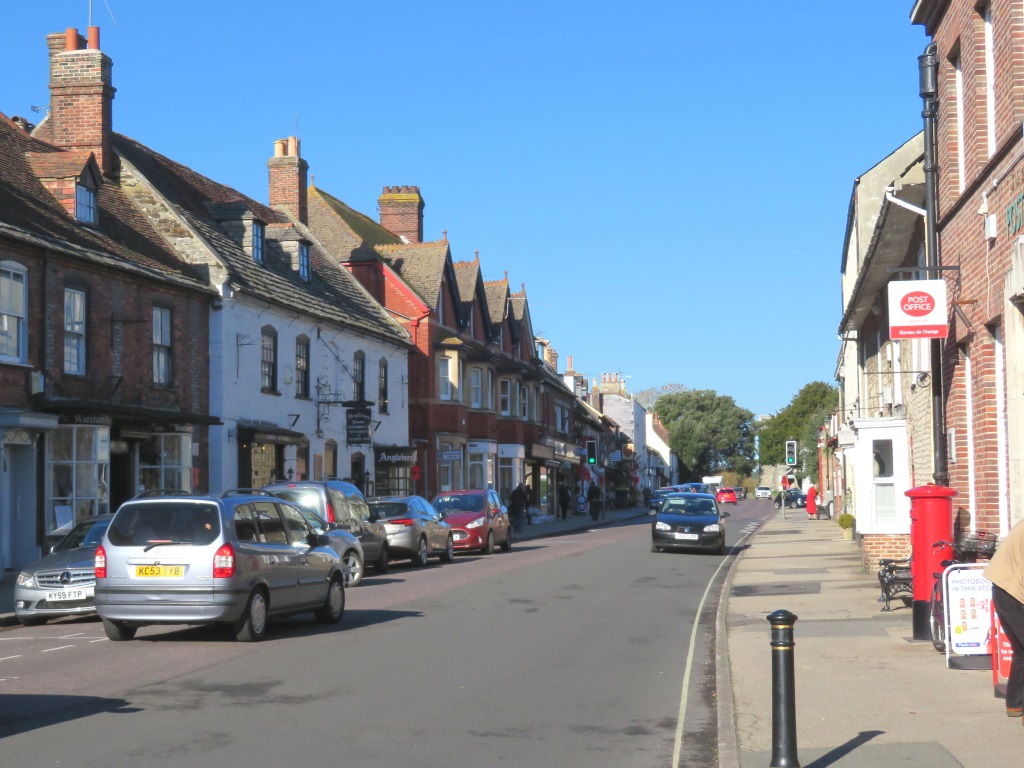 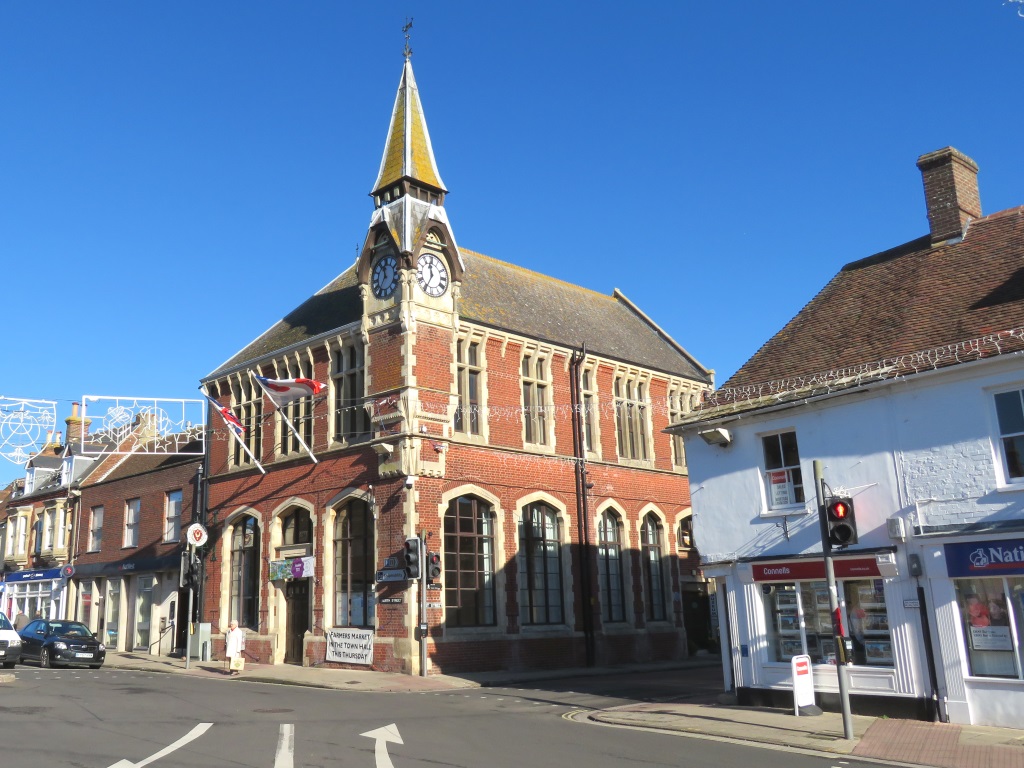 There's a museum at the crossroads that is a fact-filled foray into some of history's big hitters and if this flunker's even heard of them, that's how it's known they're big hitters, history-wise.

[1] Living, Angling, Property and Mobility since you ask.

Everybody's heard of Monkey World, haven't they? What nobody seems to know is just where Monkey World is and it's best described as five miles west of Wareham next to an army camp. Not so much of a novelty as suspected but a global rescue centre for poorly treated primates with a mission to eliminate their smuggling worldwide.

They're trying to rehabilitate into a natural as possible environment so it's slightly disappointing to see some advising trippers complain there are too many trees and not enough toilets. Idiots.

It's known that King Canute ransacked Wareham in 1015 although it's not thought this was where he got his feet wet. Not just that, 140 years earlier King Alfred had a great-big ding-dong with some Danes but in his case, it was some cakes that provided the apocryphal insight.

It's a strategic point, you see, and with the natural defences of the river to the south, Alfred was responsible for the Saxon walls at the top, they reckon.

The timber's long gone but the mounds remain and provide nice views over the River Piddle, stop sniggering. They used to slow down scruffy, northern invaders but that's now done by a 30 MPH sign about half-a-mile out on the B3075. 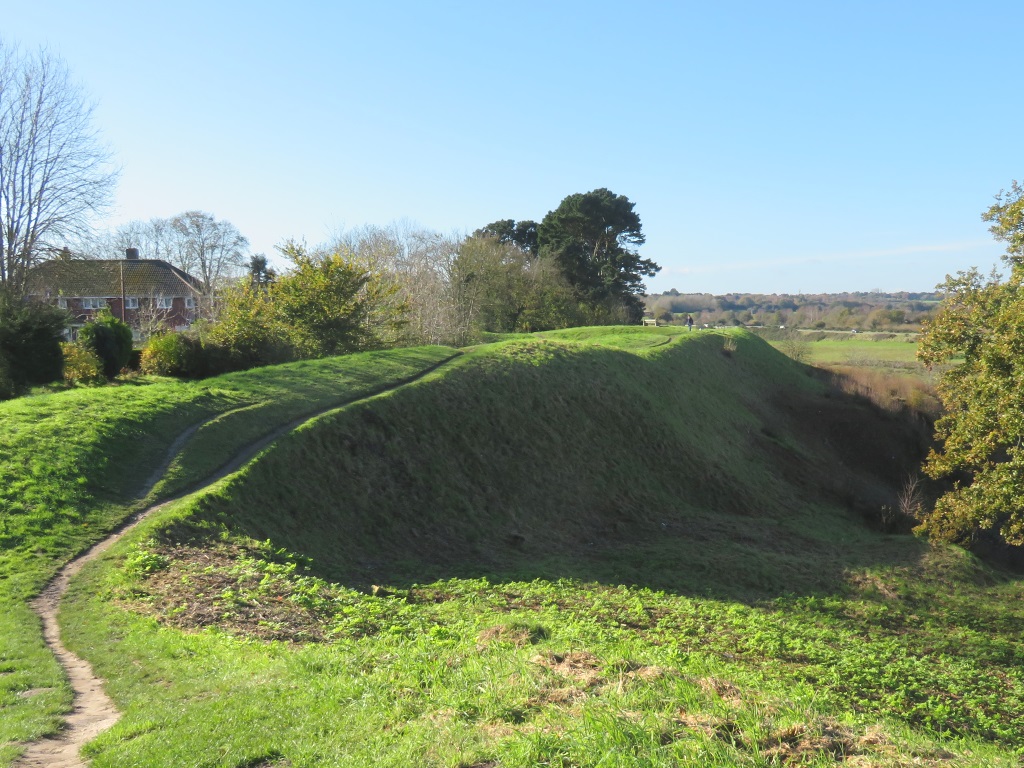 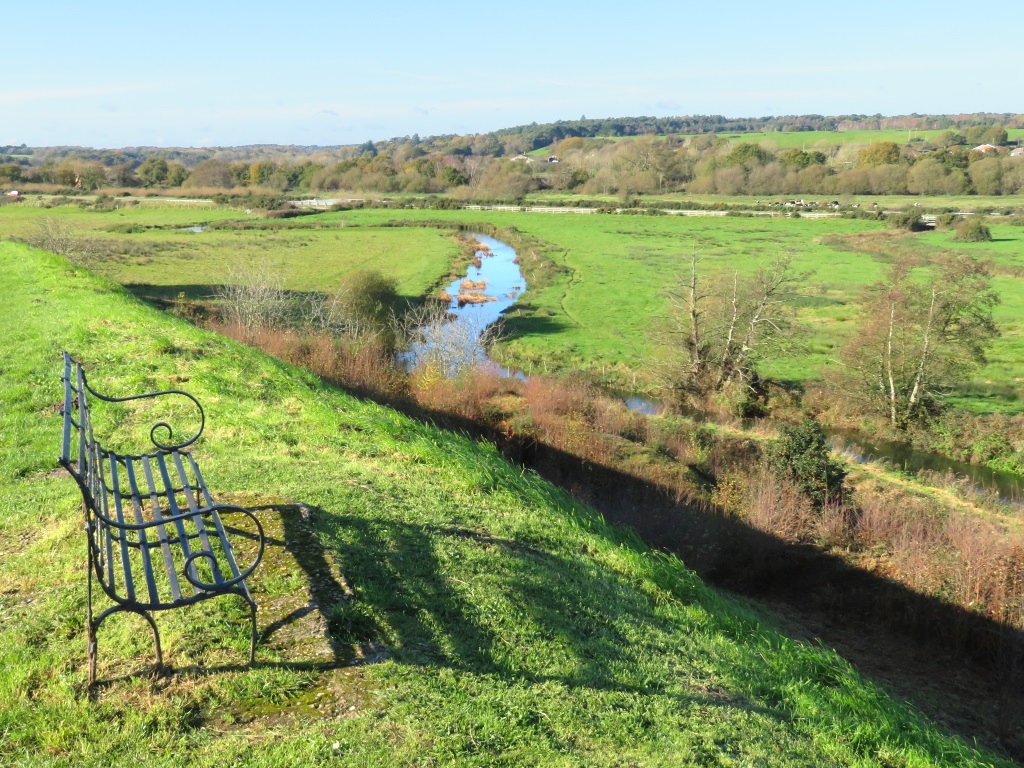 That's not too far after passing through Sandford where they're really making an effort for the upcoming Remembrance Sunday. Man-sized poppies and bunting decorate the long, straight road and it's these little, regional differences that make all of this nonsense worthwhile, sometimes.

Everybody's heard of the Tank Museum, haven't they? What nobody seems to know is just where the Tank Museum is and it's best described as not far from Monkey World right next to an army camp.

Sherman, Panzer, Crusader or the lesser known Russian T-34 only these ones aren't Matchbox™-sized and and you're not playing at the top of the stairs firing matchsticks in 1973.

There's no particular personal favourite unlike 'Lloyd'  Lindybeige who definitely does and with all the stats and facts to back that up.

There's more history to be had in St Martin's Church although this is a little more recent. T.E. Lawrence had a cottage around seven miles west and no, not the one what wrote the dirty books, this one was Lawrence of Arabia, of course. 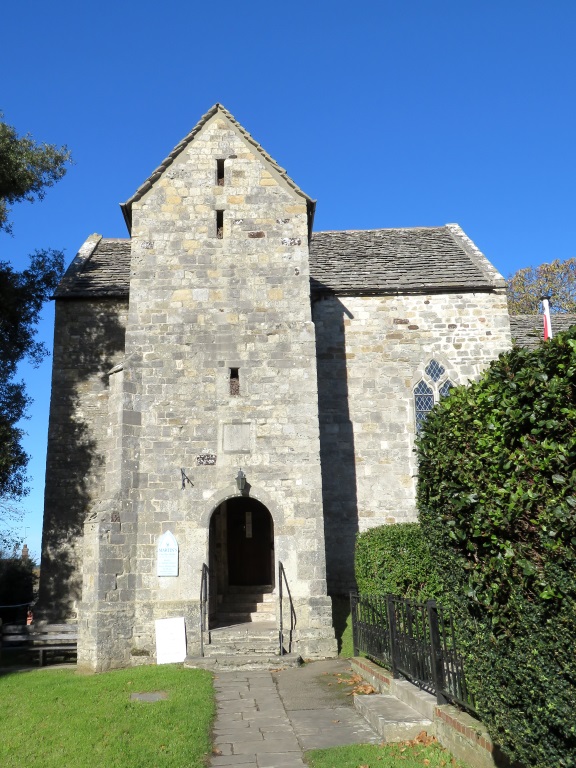 When the wheels came off for him in 1935 he was buried in nearby Moreton but his friend Eric Kennington celebrated him with a sculpture and the church has his effigy in it.

People really do take this religion seriously, don't they? They were finishing off an afternoon service so it was too intimidating to take a look inside, obviously.

Judging by the looks on the congregation's chops, however, Lawrence isn't the only one in there with a stony face.

St Mary's church is right up there historically but with the Anglo-Saxon nave now replaced, the best they can boast is a tiny tree to commemorate Charlie and Di's Royal Wedding. 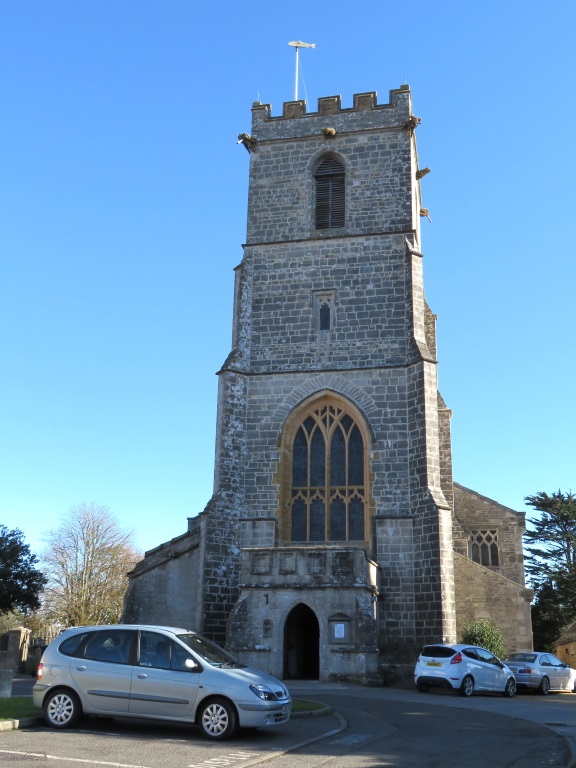 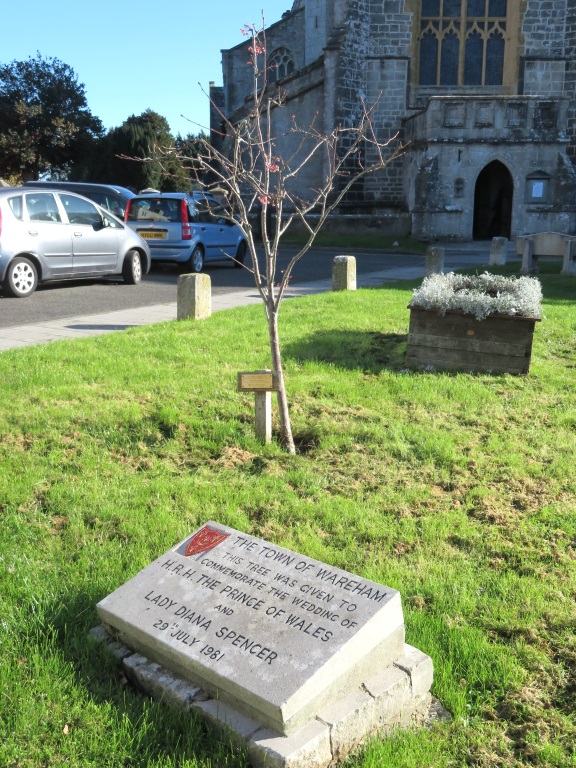 That was back in 1981, remember, and given it's still not much more than a twig, this place must be drier than the Atacama Desert?

Black bears have never been native to the UK not even when Alfred was busy with his mounds. This one's in chains so was probably brought here to bait and here is one option on the high street for yours. 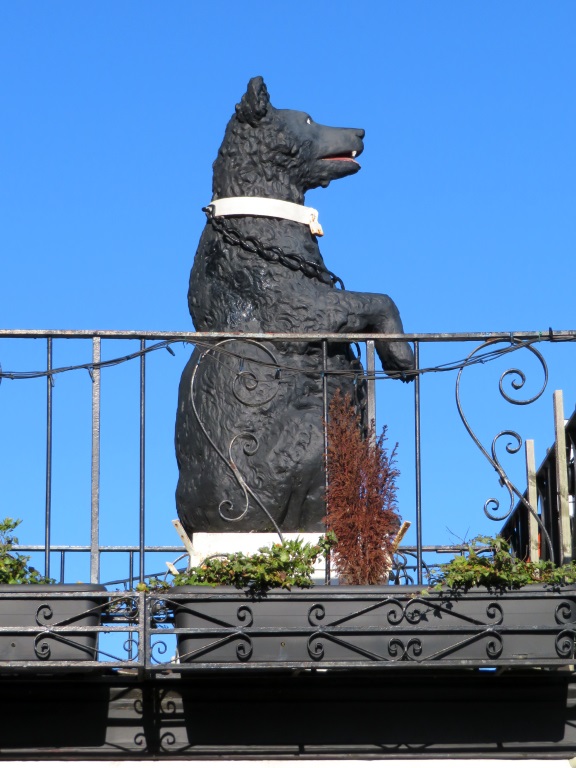 That will now be following a big renovation following a mauling by TV's The Hotel Inspector although it's not known if they've kept the ornamental ursine above the entrance.

Wareham Quay is the town's main meeting point and it's where they host their annual festival. You'll find it down by the main river through and that's the River Frome but not the one that ends up in Bristol. 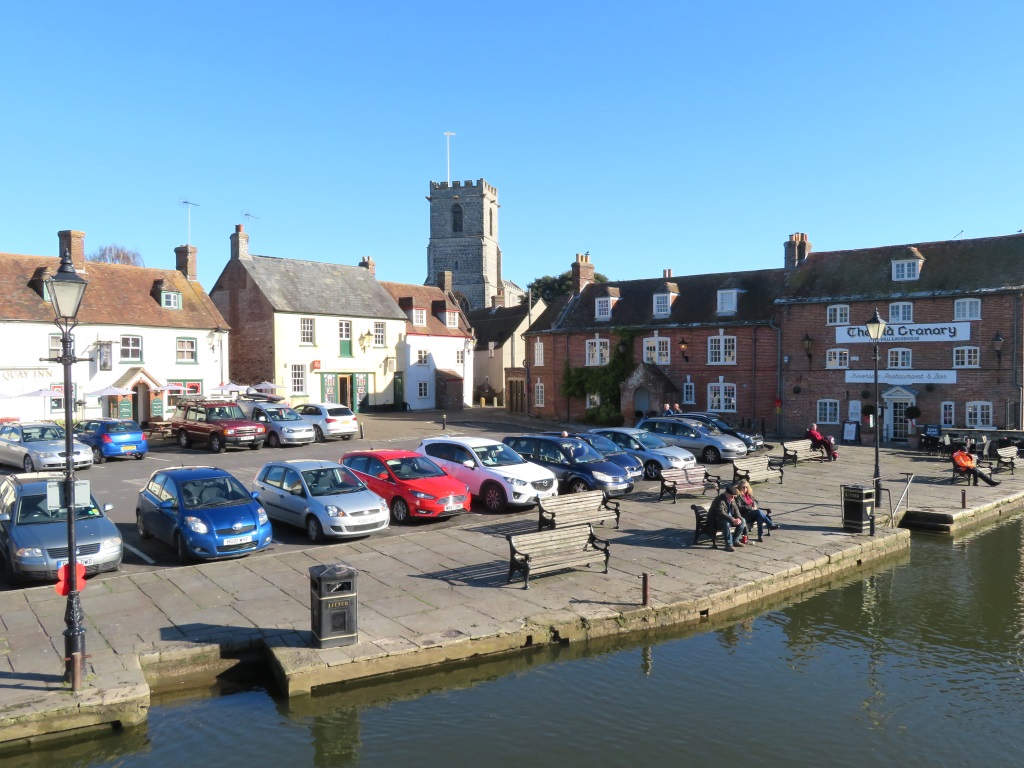 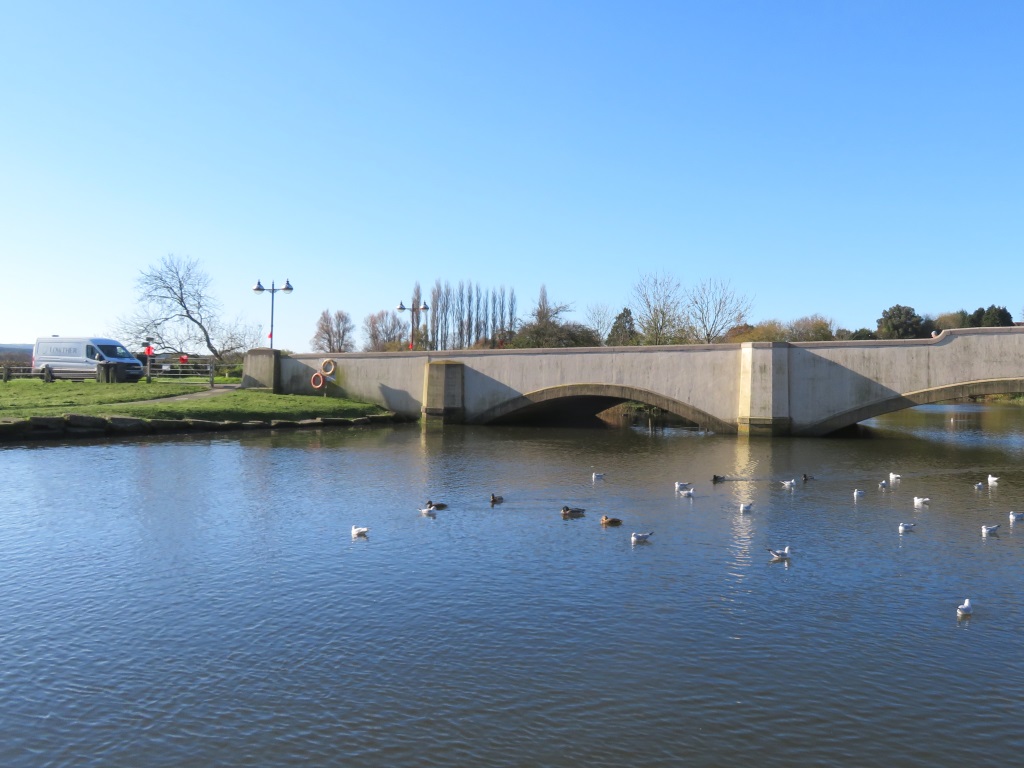 It's over there into the Isle of Purbeck proper but there's no time for that today. All of that history has exposed a huge gap in SlyBob's knowledge of England's Kings and Queens so it's off to swot up but it's no good, they're just not going in...

Now then, Henry VII, did he come before or after Henry VIII?

The Old Granary (The Quay)

Pick of the lunch providers here, probably, and with the sun in the south, try and bag a table that's right on the river. They do a good line in local ales but they aren't from the Isle of Purbeck  Brewery so you'll have to source those elsewhere, which is pretty much everywhere else, actually.