This woody location is not too far from Orford but more on that in a minute. It's managed by The Forestry Commission™ who've laid on some cycling and walking trails, some picnic and play areas and a block of lavs for your convenience. A UFO also landed here in 1980.

Armed perimeter guards at nearby RAF Woodbridge saw a funny old looking light show and were ordered into the forest at 3 AM to investigate. They chased a 'UFO' through the trees while the local wildlife went 'berserk' in what has come to be known as 'Britain's Roswell'. Never heard of this? Exactly!

For those that have, they're perpetuating the cover-up with an elaborate double bluff and a 'quirky' UFO trail. Just follow the signposts with the little, silver alien, harmless enough right? Nothing really to see here? 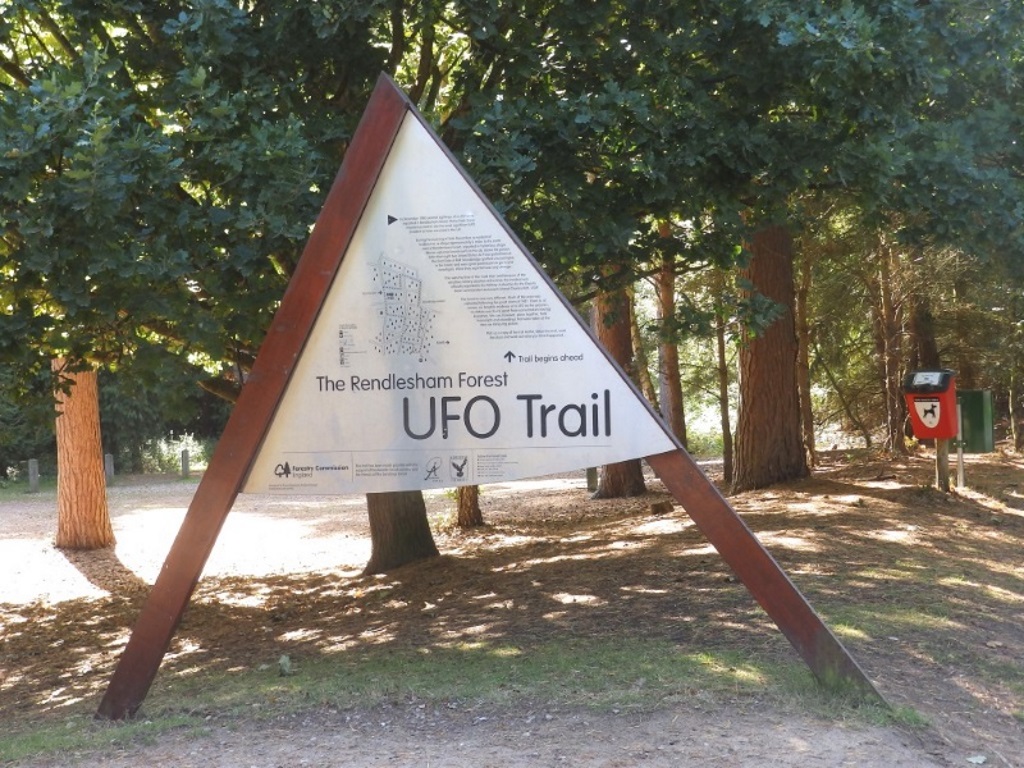 Exactly! That's what they want you to think! Click off now if you can't handle the truth!

The government controls everything you do. They do, them and the military. And the banks. Yes, the banks are in on it as well. Never been to prison? Really? You're in one now only it's not one of those ones that you get sent down to for doin' someone in, this is a libertarian lockdown!

Here's the East Gate of RAF Woodbridge and, get this, it's a military base. It's still in use as a barracks for the 23rd Parachute Engineer Regiment and in order for them to access the leisure facilities, there's a cashpoint on site. Yes, the banks are hiding here as well. 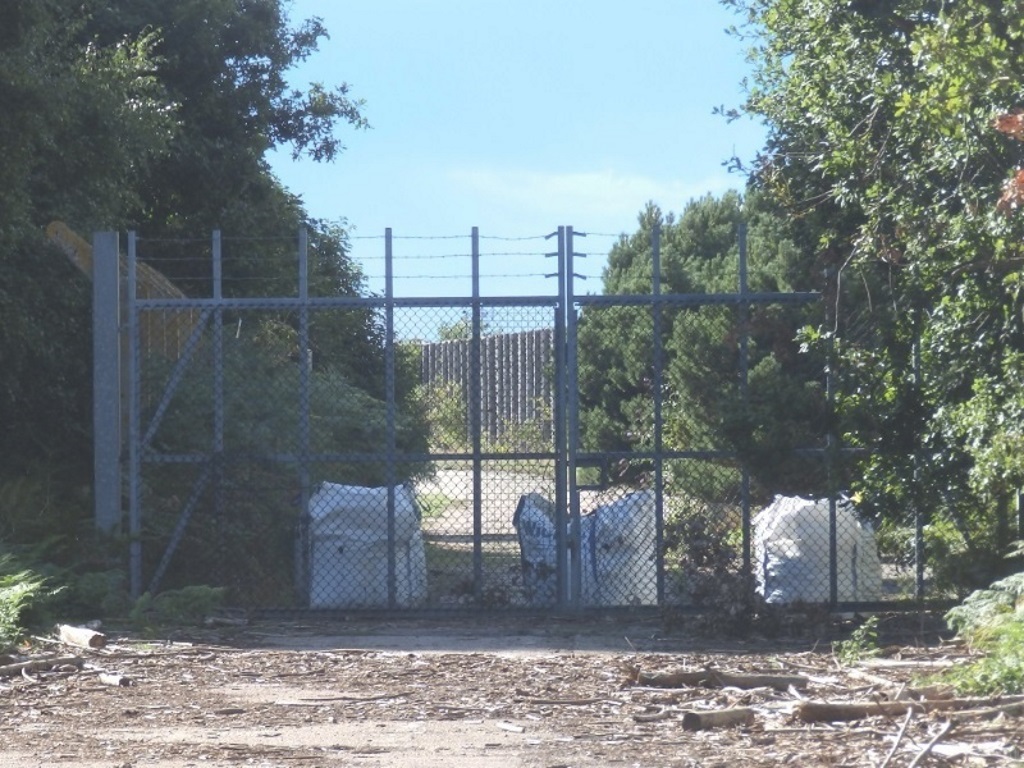 This is the site of those first sightings back in 1980. The industrial bags of sand offer little resistance to you taking a look around and those gates haven't been used in years? Looks abandoned, doesn't it?

Funny that because that's what they want you to think!

There's what looks like some graffiti on a nearby tree, chiselled innocently, but inconsiderately, enough by somebody whose mum probably calls Joseph? 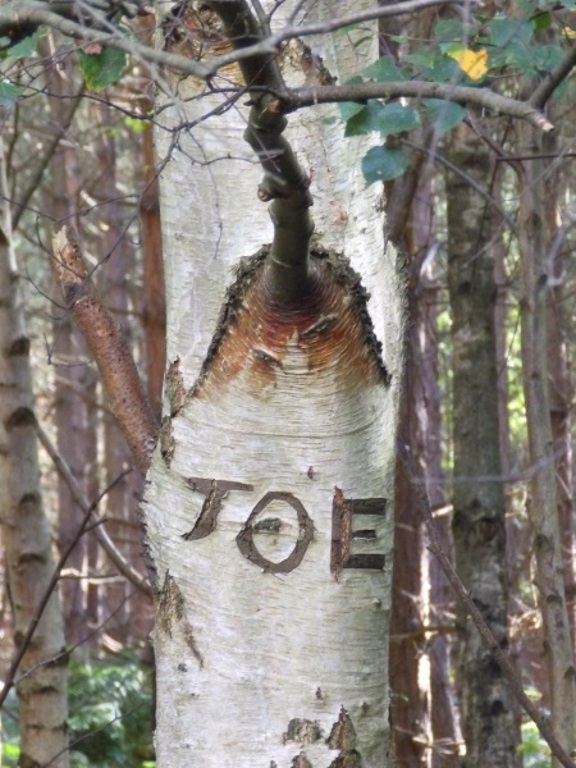 Look closely, however, and it's clear that this was made by some kind of high-powered and advanced laser technology. Look even closer and the 'J' was originally a 'T'. It's just been made to look like a 'J' with a penknife, a military penknife?

It's a message, a message from the aliens and they know all about our imprisoned plight. 'Taxpayers Of Earth' is a nod to our fiscal servitude to the government who fund the military who, as is now known, use the services of the banks.

The aliens are here to help only they don't want you to know that! The truth is out there.

Plodding the trail will bring you here, the landing site of the UFO. The local plod, themselves, were actually called out that night but found nothing and some witnesses' statements were deemed 'unreliable'. 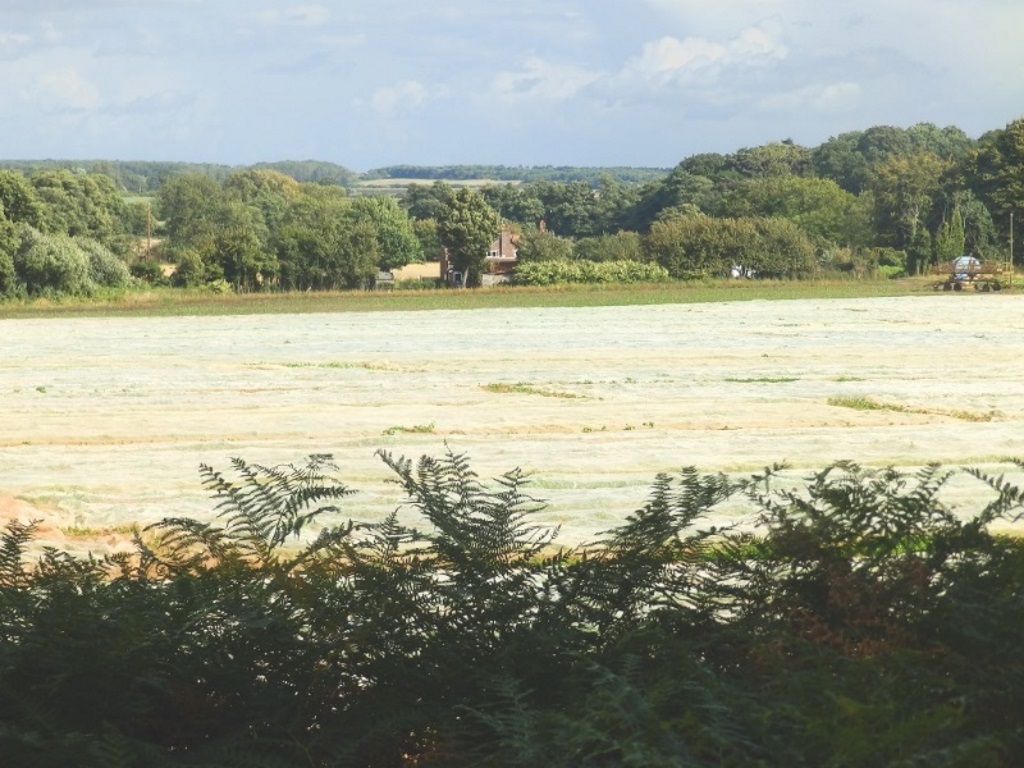 It's even claimed the strange lights were from Orford lighthouse, I know, unbelievable! So the police are in on it as well?

The ground was covered in a strange-looking plastic material, which looked to be covering up something. Scorch marks! Scorch marks from the landing. The plastic also looked like some kind of super-plastic, super-plastic that absorbs any evidence of the radiation powered space-engines.

They will cite agricultural reasons for the plastic, some kind of protection from frost, perhaps, but they would say that. That's what they want you to think!

You can draw your own conclusions from the facts presented here but it's time to go now. Off to don some tin foil helmets and find out what really happened to JFK.