Buenos Aires delivers on the European-feel front and the mixture of old and new certainly seems familiar. The newer, Globales República hotel had a full facelift in 2010 and sits amongst the older Neo-Gothic, probably. 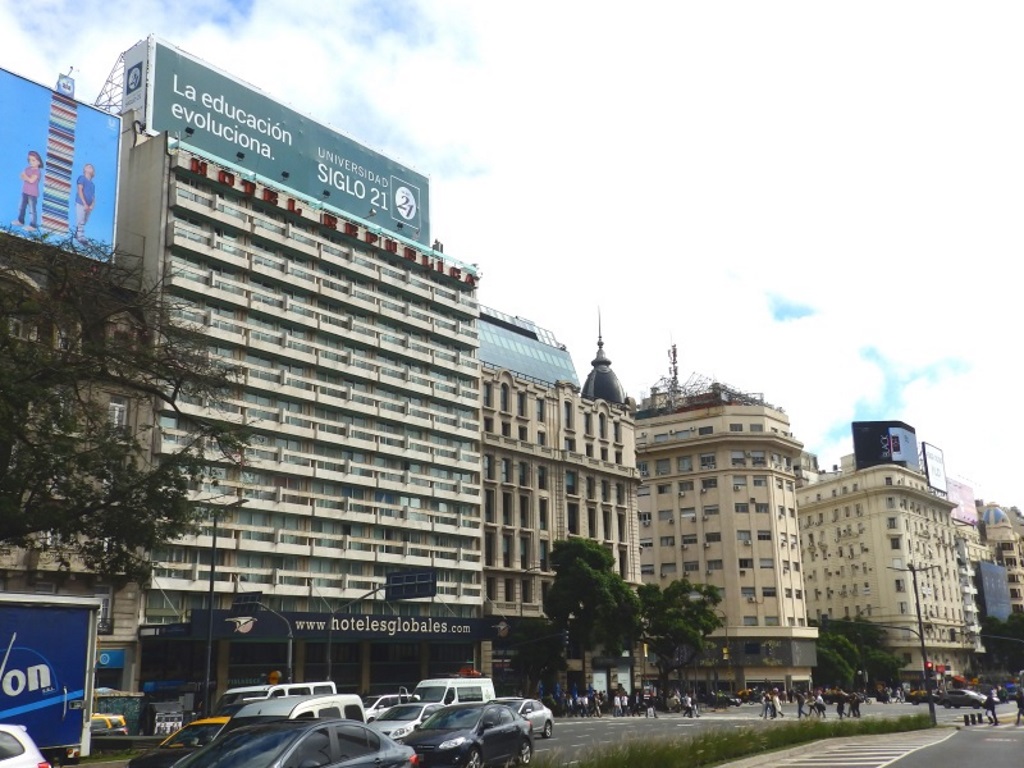 It's not that modern, however, it's Men Only in their  Turkish baths, apparently.

This is right bang in the centro here, on the Plaza de la República and the Avenida 9 de Julio. The 9th of July, of course, being Independence Day down here but more on that in a minute.

The airport's over 12 miles to the south-west making it quite a hike. That's just under an hour by bus to a busy road that's impossible to cross or roughly half that time by taxi and where you actually want to be.

You're advised to take a white taxi at the booth in arrivals where, despite having pre-booked, you'll be left waiting for 20 minutes until Uncle Albert off Only Fools and Horses appears and ushers you to his rickety vehicle. 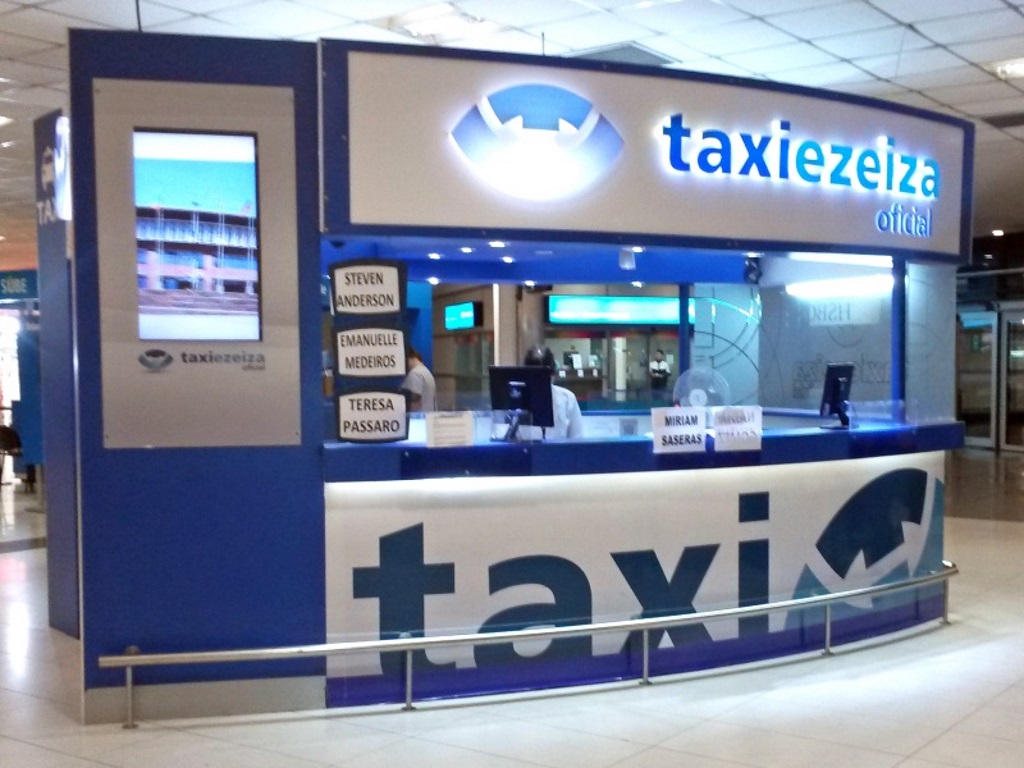 Whenever SlyBob's in Buenos Aires, we like to arrange a charabang in advance.

In the Plaza, the Obelisco de Buenos Aires is a national monument dating from the 1930s. It's over 200 foot high and you can get up it from the inside. 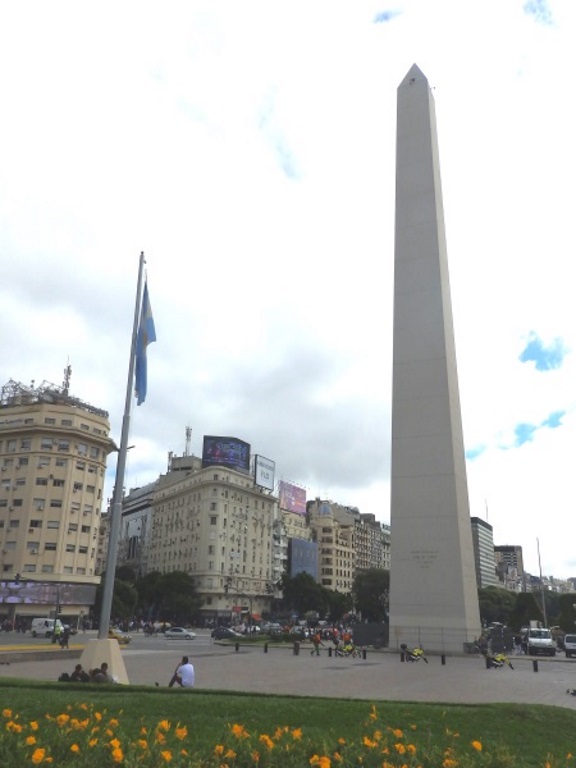 How exactly and why, for that matter, isn't known, there's just as good a view from a nearby Penthouse, probably.

The Avenida 9 de Julio celebrates that day in 1816 when they finally got the Conquistadors to 'do one'. The town planners started to draw up the plans in the 1880s and construction of the 12-lane roadway was finally completed... in the 1980s.

At 110 metres, it's the widest avenue in the world and it can take you the best part of an afternoon to cross, seriously.

Public square that's near the main Retiro train station or the airport bus depot if you went down that route. Stopping to check the map, a friendly local with a good line in English was straight over to help point in the general direction.

Some panhandling may then have been involved at this point, that tatty laminate flashed all too briefly. Either way, Children with AIDS is always a difficult one to say no to.

Named from the month of the 1810 revolution that ultimately led to independence, the Plaza de Mayo is still the place to be seen, protest-wise that is. 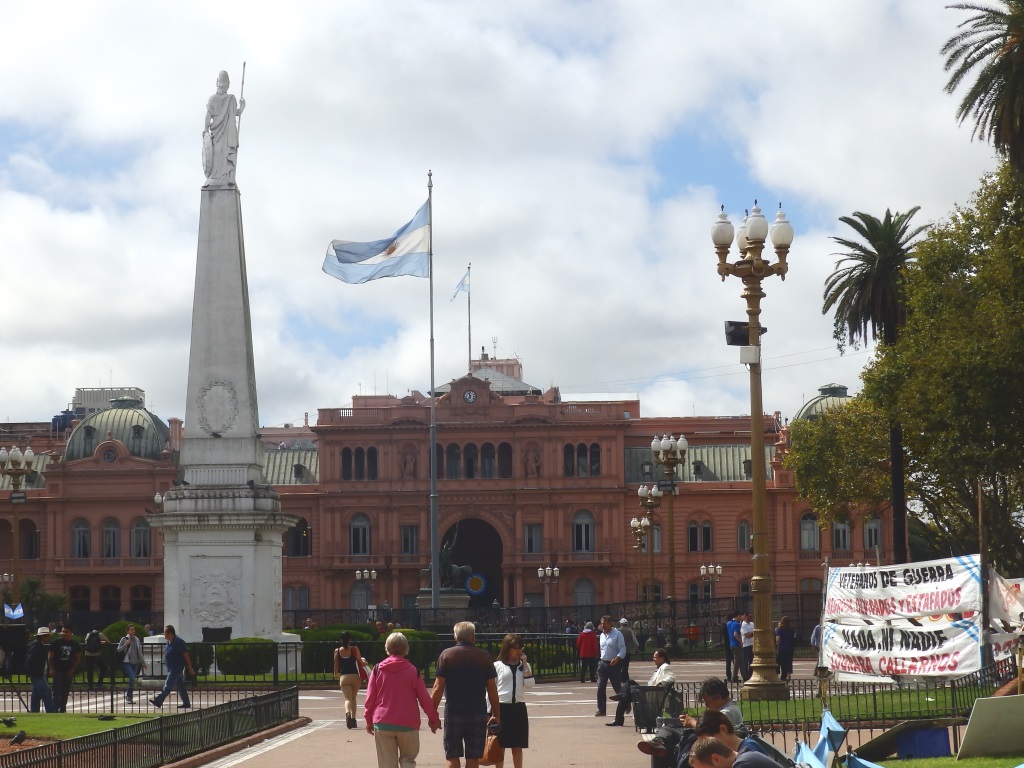 Not that you'd have wanted to be here on June 16, 1955, when thousands gathered to show their support for then-president Juan Perón.

A coup d'etat, however, saw the rebel military requisition the Air Force to bomb the Plaza. Over 300 people were killed, children included, and the fighting continued in the surrounding streets until the opposition surrendered later that afternoon.

Things wouldn't be quiet for long for Perón, a second coup in September that year was more 'successful' and he ended up with an Escort, to Spain, via Venezuela, and exile.

The area is still the site for political dissension since the 'baby' pink painted Casa Rosada is the president's official office. It dates from the 1850s and a metal fence has since been welded to the paving to discourage too much dissenting. 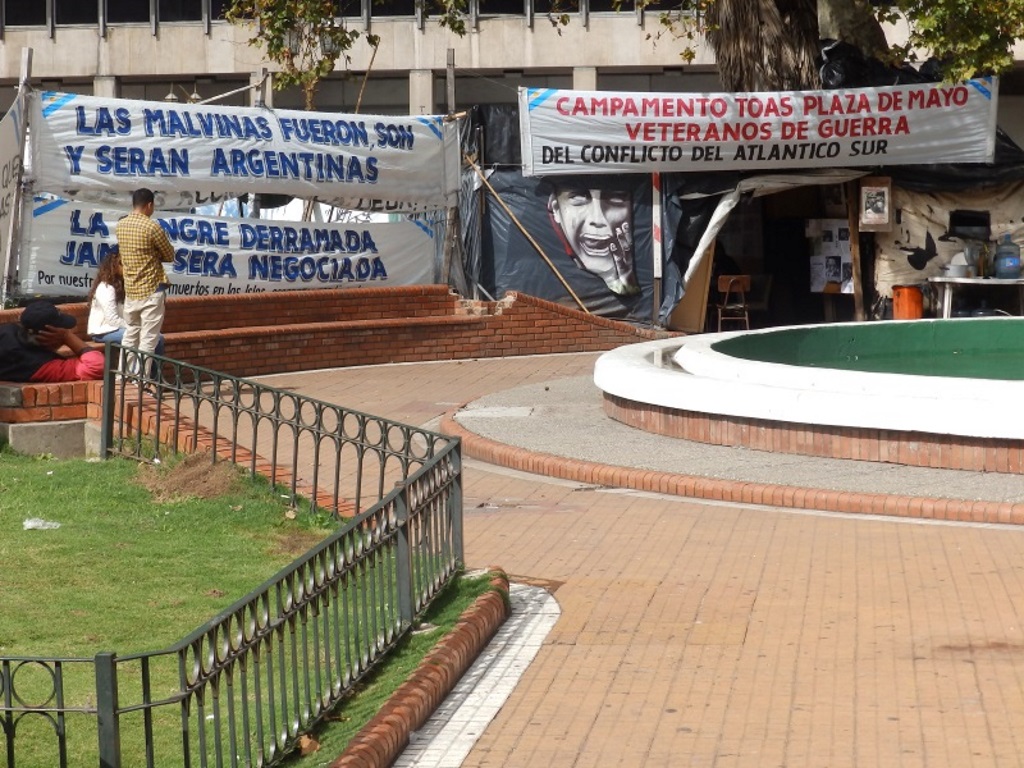 There's a permanent, protest camp in the square where participants of that conflict are demanding official veteran status for themselves and their dead colleagues.

Two demonstrations were actually overtaken on the way here, one involving indigenous folk and the other Trade Unions, probably. The police provided an 'armed' presence and their sirens were blaring so to lighten the mood a little... 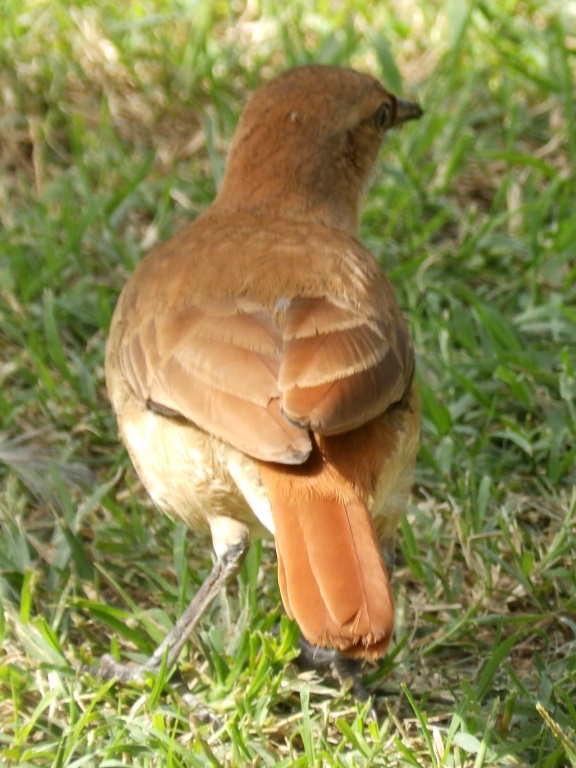 Have a rufous-bellied thrush. They're not normally quite so dowdy but these colourful creatures bring a little bit of Razzle-dazzle to all of the chaos.

North of Casa Rosada is Luna Park, Buenos Aires' slightly dated but main concert hall. Top acts such as Diana Ross, Oasis and that 'Last of the Famous International Playboys' Morrissey have all performed here. 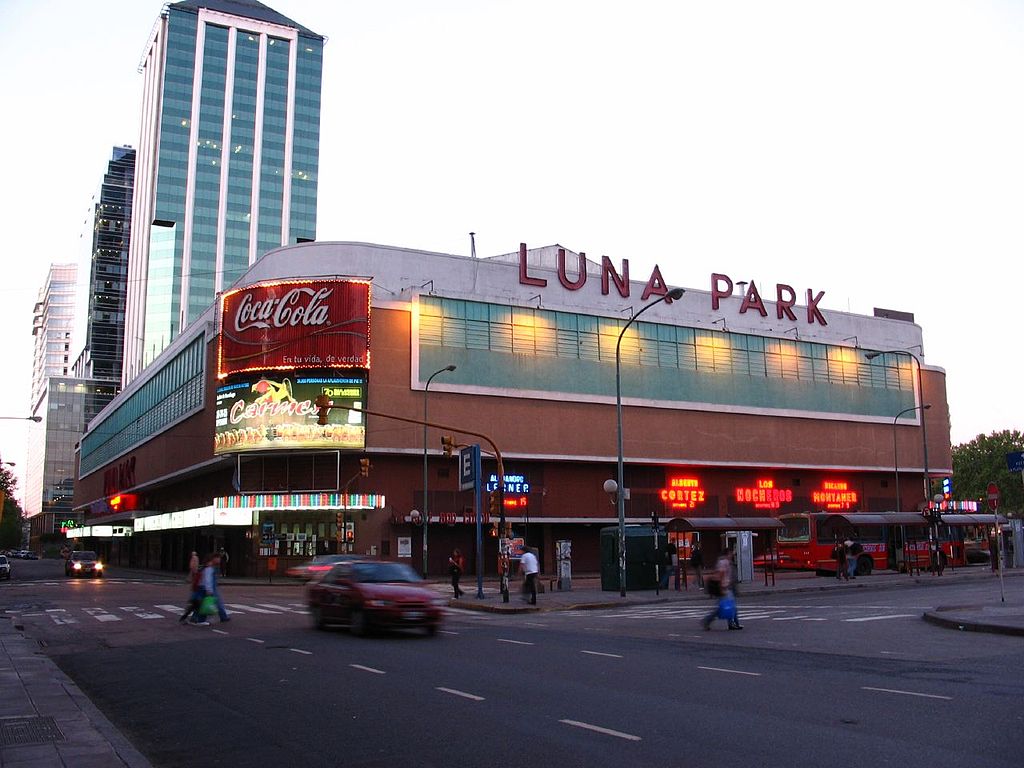 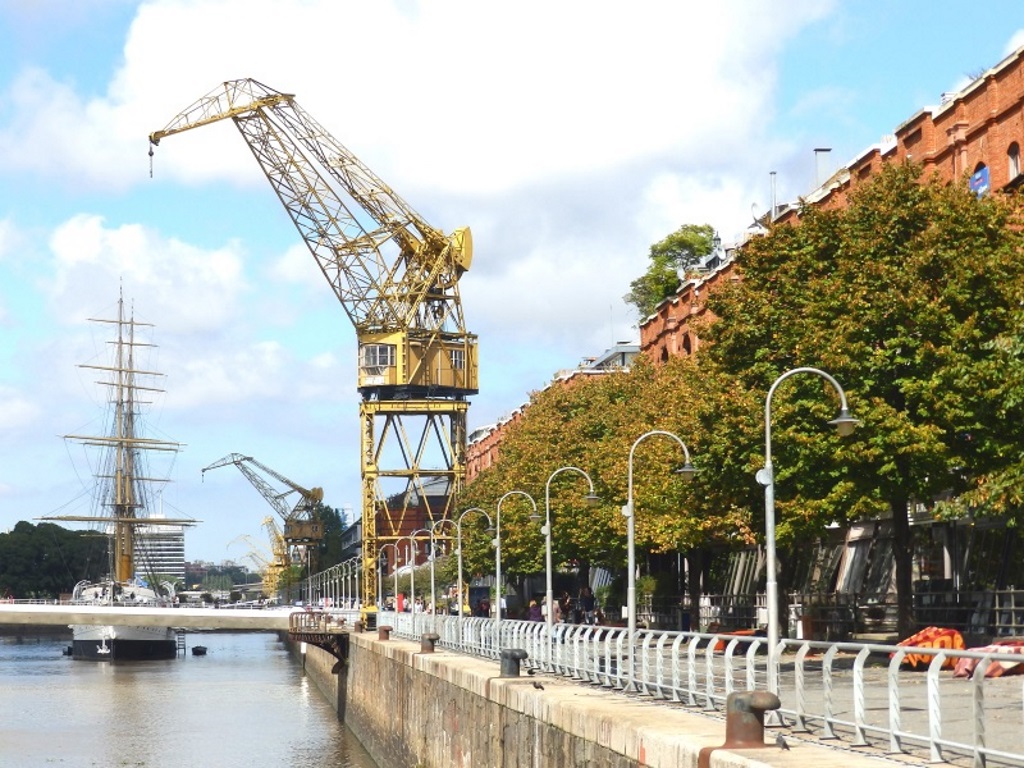 East of Luna Park is Puerto Madero, which as a port, never really caught on and it lay largely derelict until the '90s. It's now given over to restaurants[1], retail and the residential although best of luck to you finding somewhere serving up something as simple as a sandwich.

[1] It's still not thought that McDonald's™ should be able to make that claim.

After redevelopment, this was briefly the most desirable area in the city. Unlike London's Mayfair say, if you squint, you could be absolutely anywhere. Now, there are a lot of For Sale\To Rent signs and there's an apparent trend for people literally moving back to the more traditional.

Beyond the identikit glass towers is the Reserva Ecológica Costanera Sur or a nature reserve if you'd rather. It's 865 acres[1] of mostly marsh, not shown, will see you competing with joggers, cyclists and birders on the laid-on trails. 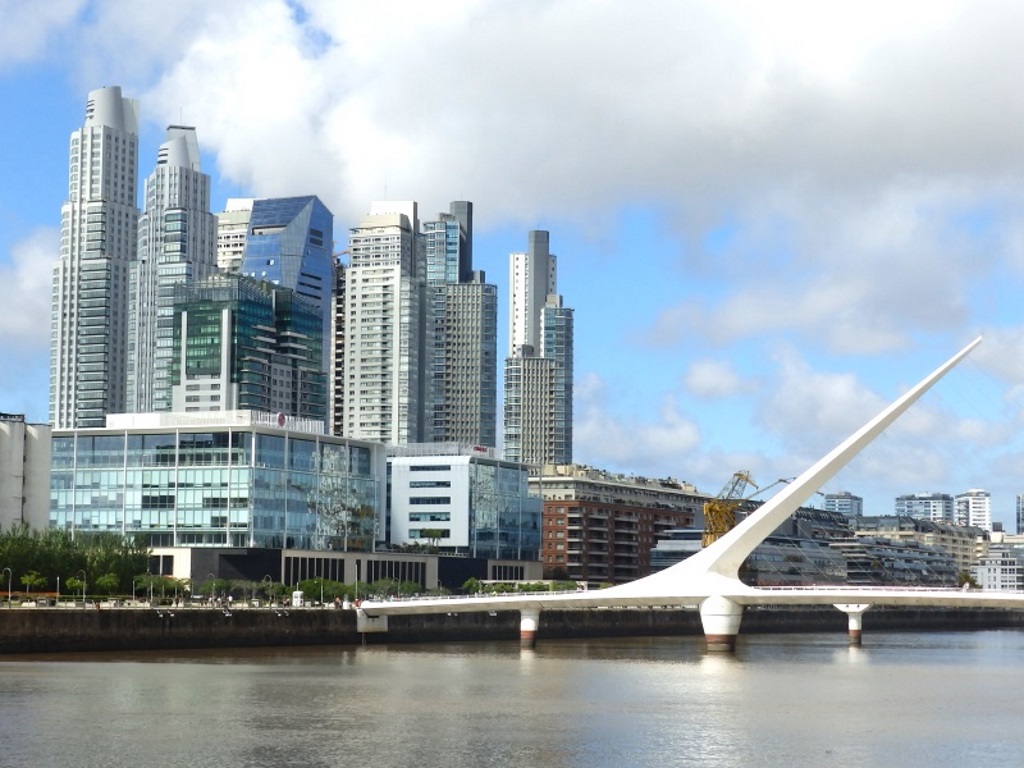 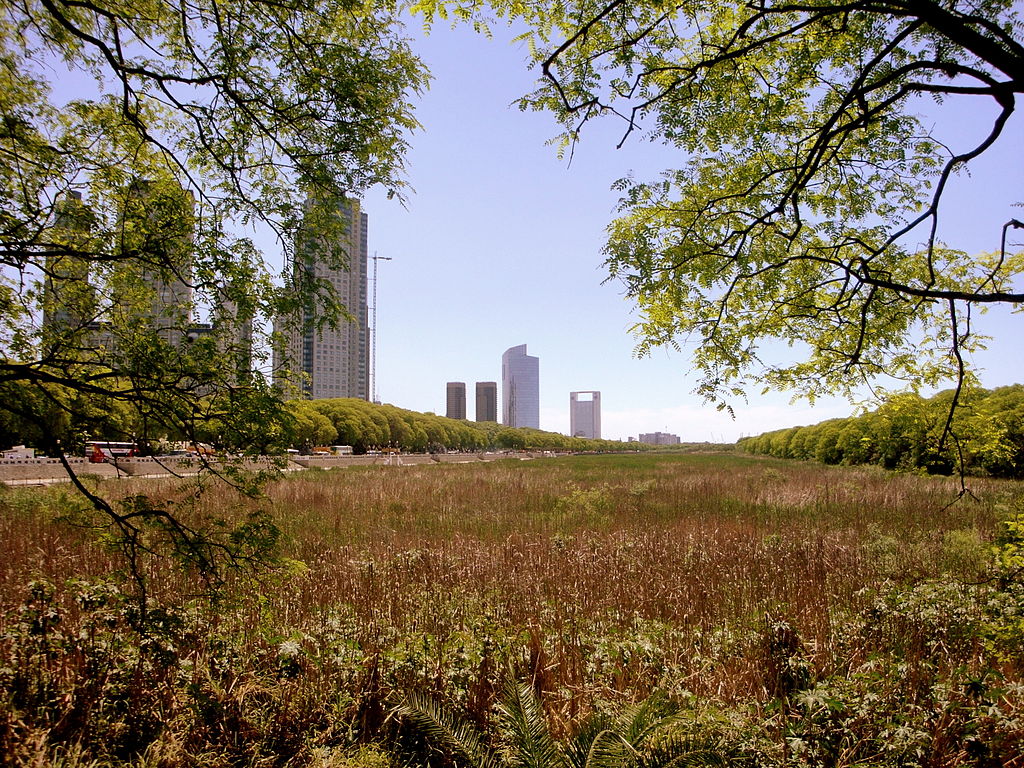 [1] Nearly 500 football pitches with room for throw-ins and corners.

Meanwhile, back in town, at the Plaza Dorrego, one of the cafés will eventually do the decent thing and serve you that simple but, quite frankly, disappointing sandwich.

There's mandatory tangoing in these parts and a succession of pairs will Parade for your pesos. 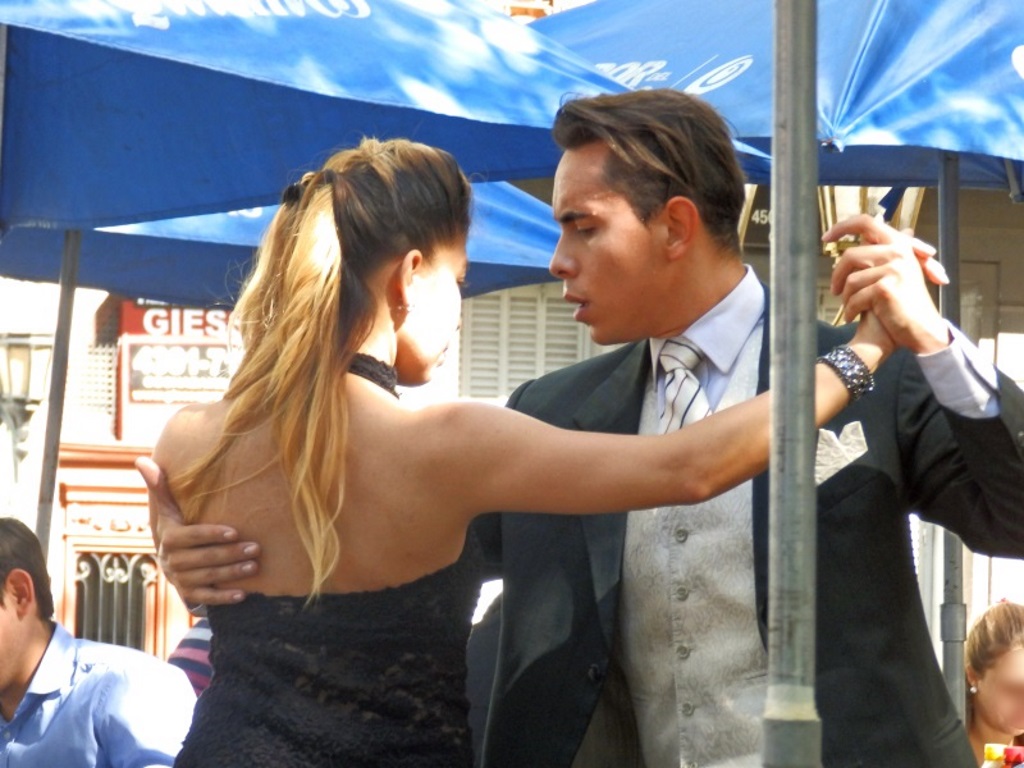 Don't be tempted to grasp the hilarious opportunity to go all Cockney-Hispanic and shout ' Siete!' when they've finished. That will have been already done before, probably.

This, however, is an ideal opportunity to offload that worthless loose change that you've inexplicably managed to accumulate.

A little way down from the Plaza, the busy Autopista 25 de Mayo[1] marks the southern boundary of the city centre. Just above it, you'll find the Museo de Arte Moderno de Buenos Aires.

Despite the main bit being closed for renovation, SlyBob's been to a few of the 'MA's over the years so a small exhibition in the same building warranted some pesos.

You'll be in here for less than five minutes having laughed at some oil drums and the lady at the counter will give you an apologetic, 'I'm surprised you lasted that long' look on leaving. 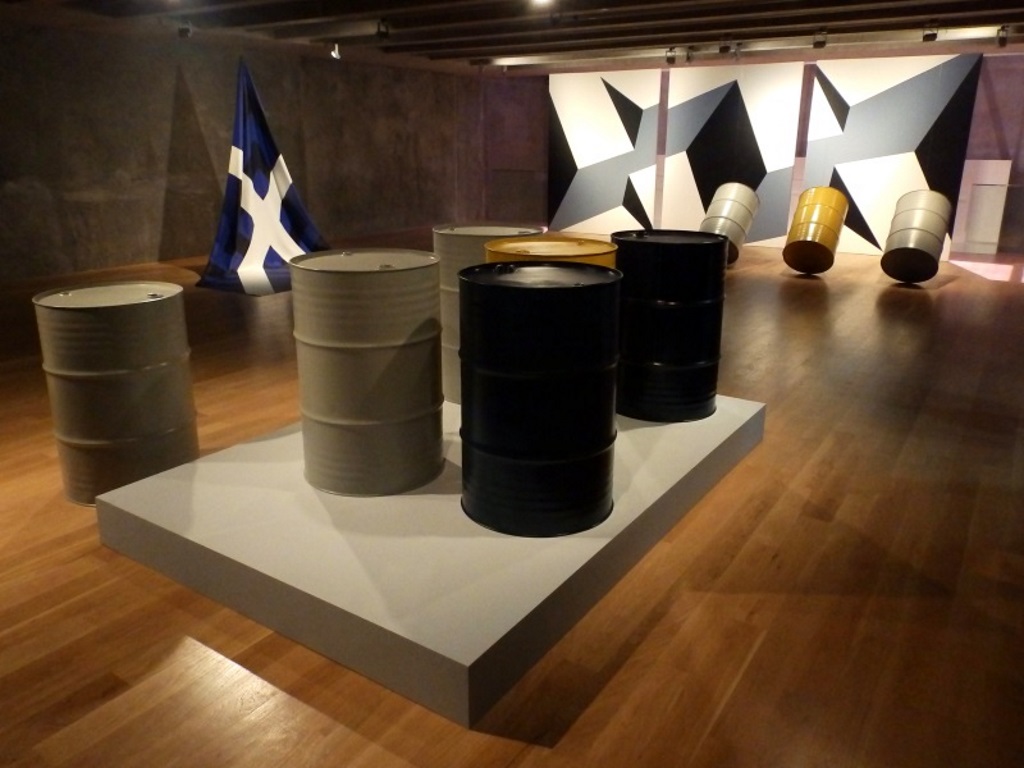 It's like there's an exclusive, global cabal for people who 'get' this stuff and we're definitely not members of this Club International.

[1] Named from the date of the month of the 1810 revolution that ultimately led to independence since you ask.

This was accidentally passed on the way to the modern art and was, at first, thought to be a shelter for the homeless under a motorway.

No, it's a memorial site to the Disappeared, the 30,000 people kidnapped, tortured and murdered under the 1976-1982 military dictatorship. Demolished when the road came, this is the site of the sinisterly named building that acted as a detainment centre.

This is a little bit off-piste here but the Bizcochos Canale building is an old biscuit factory. 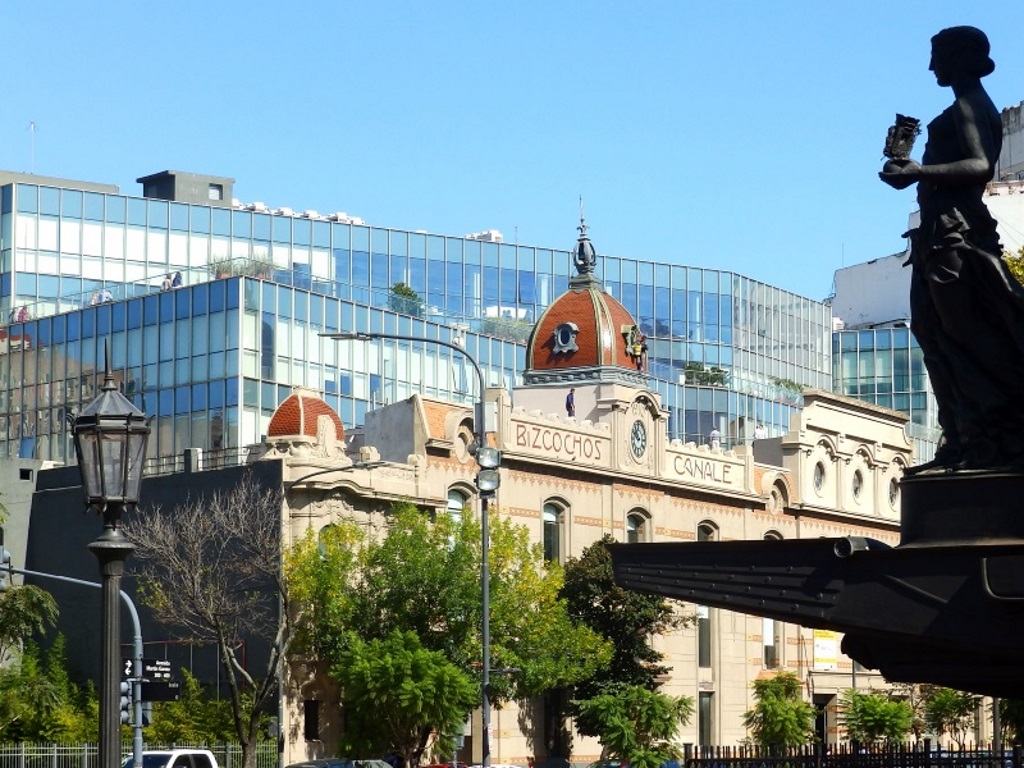 If you've ever been to Newcastle-upon-Tyne, there's  one there as well, a contemporary art gallery just out of town that will definitely distract you for more than five minutes.

This was actually taken on the way down to La Boca, spiritual home of the tango and Diego Maradona's former football club Boca Juniors. There's a fierce, local rivalry with Atlético River Plate and Bob'd know all about that...

As a bit of a fairweather NUFC fan, a Wearside-dwelling colleague has, on more than one occasion, called this one a Dirty Mag.