So, it's a suburb of Colchester, really, but there's a bit of a whoa! Who put Wivenhoe here? That'll have been the Saxons, naturally, the clue's in the name and see also nearby Langenhoe and Fingringhoe, stop sniggering at the back.

It's also the address of the University of Essex's main campus, full of fresher-filled fleshpots and high-rise halls that are visible from the moon.

The village itself is a million, well, just over a, mile away from the mortarboards and, being right on the river, is more about the motorboats, eh?

This is the River Colne, of course, running down from Colchester into what's just about the North Sea at Mersea. There are no bridges over it, though, making for a diverting day, initially, if you actually want to go elsewhere. 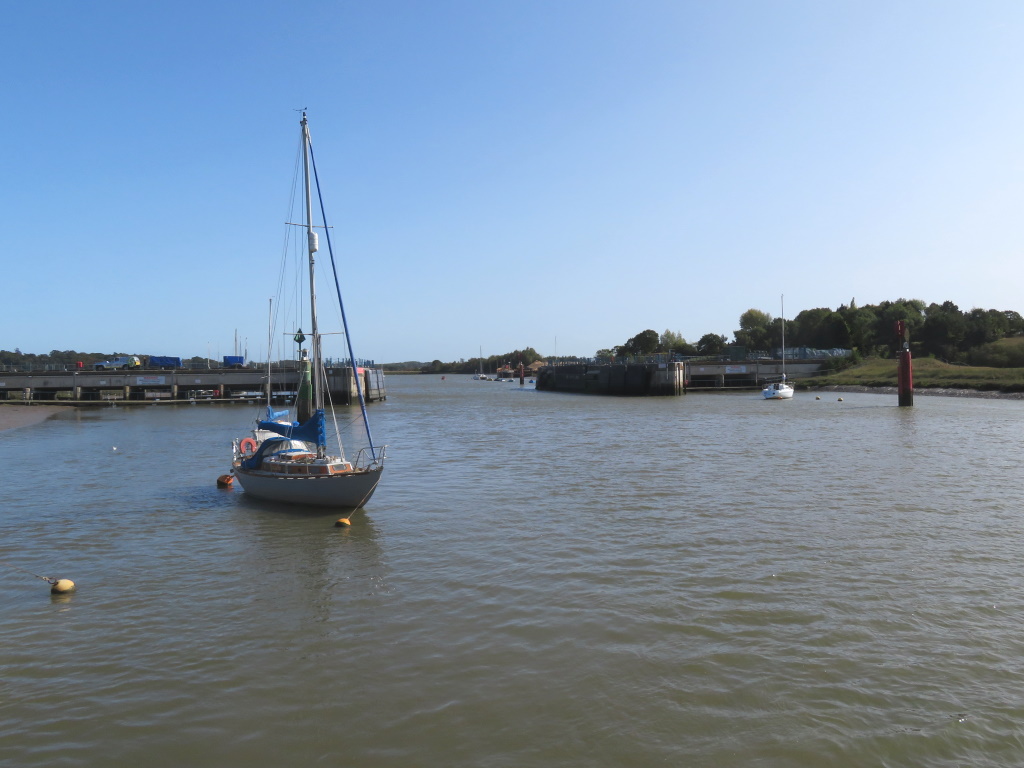 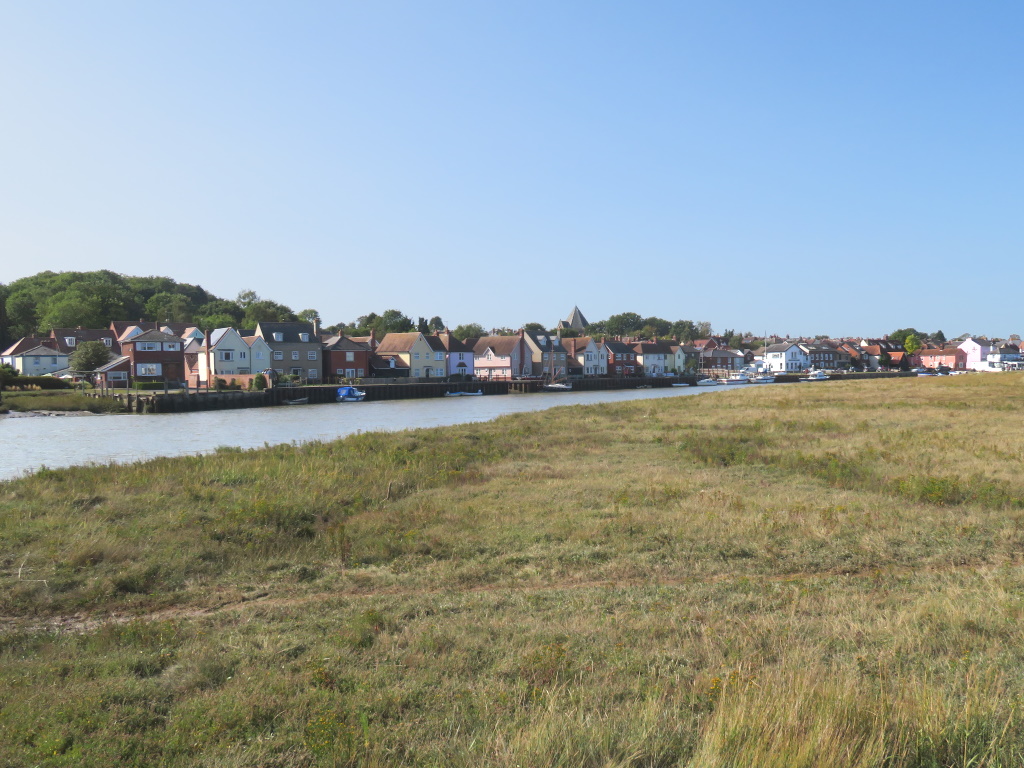 There is a passenger ferry across to Rowhedge but only when there's not a you-know-what on and the Wivenhoe Watcher is delighted at residents from the wrong side of the tracks invading for a taste of the good life.

I don't know, irreverent nonsense about Wivenhoe on the Internet? It'll never catch on.

Not that this is one of Essex's best-kept secrets and every spare square quinaria of the quay has been developed, some might say overly so. 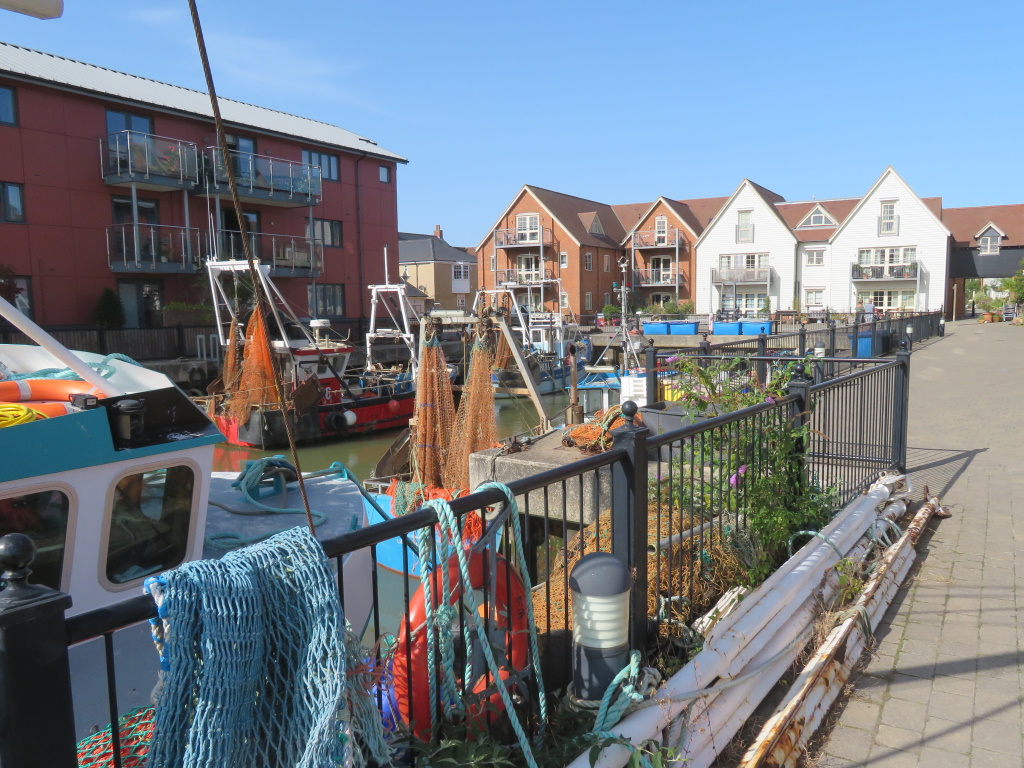 The pastel-painted weatherboard, so beloved in the South East, features prominently and there's just a small gap with a pub and some boats in it to hint at what once went on before they invented commuting. 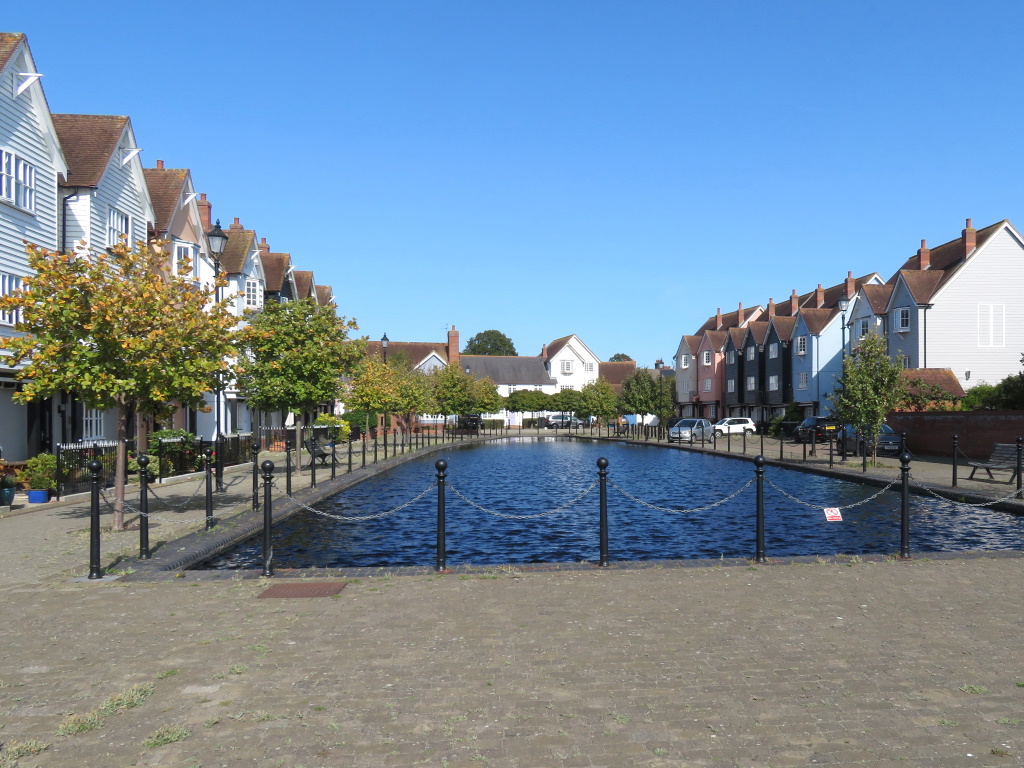 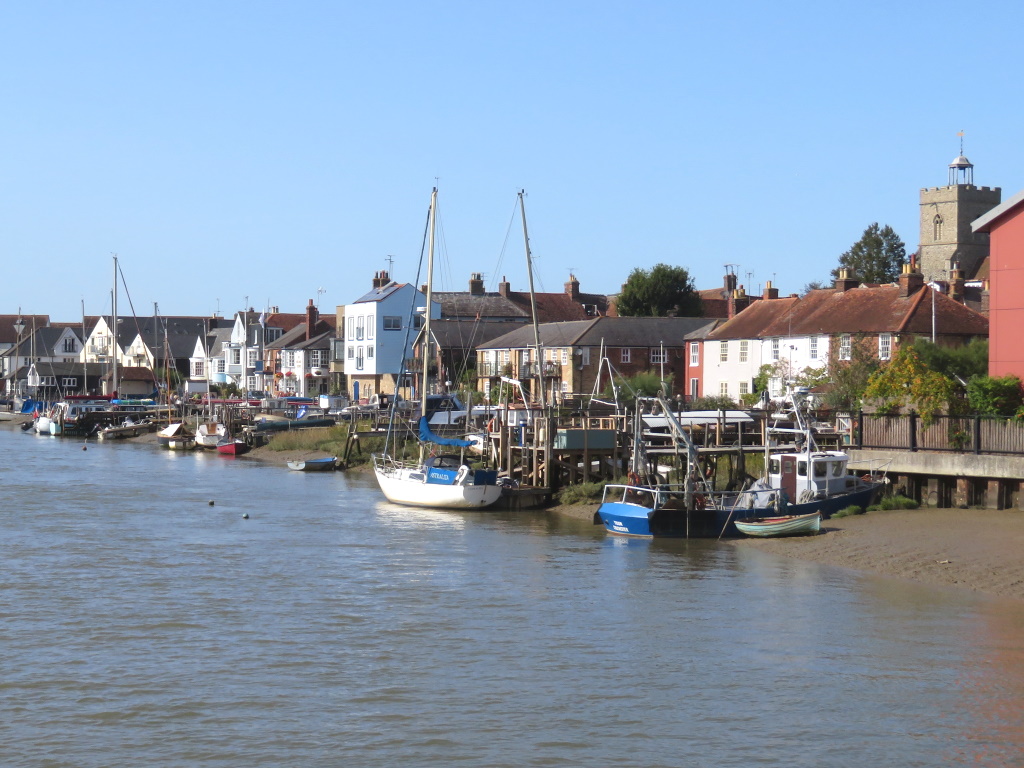 Rose and Crown (The Quay)

Outdoor seating that's right on the river and a young lad behind the bar from Chester-le-Street. He's at Uni here but won't be heading back north when he finishes because everything is better down here, much better.

Including your 'R rate', mate. Having seen Colchester this afternoon, nobody seems to be taking this thing too seriously and wait and see what happens next month.

Best bet is the Black Buoy and while it's not quite on the river, their food and beer is better, much better.

Wivenhoe may well have the whoa!-factor but it's not quite in picture-postcard-perfect territory.

Away from the river, lodgings are largely of the terraced variety and the former Grosvenor Hotel is further evidence of the Victorian boom that came with the railway. 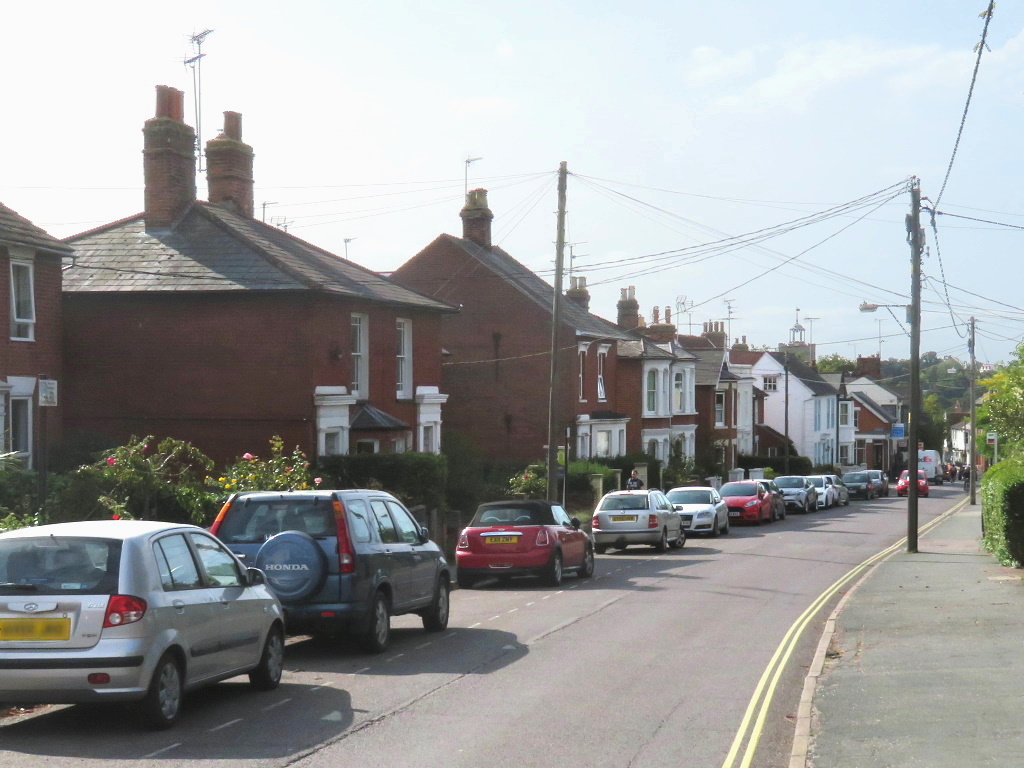 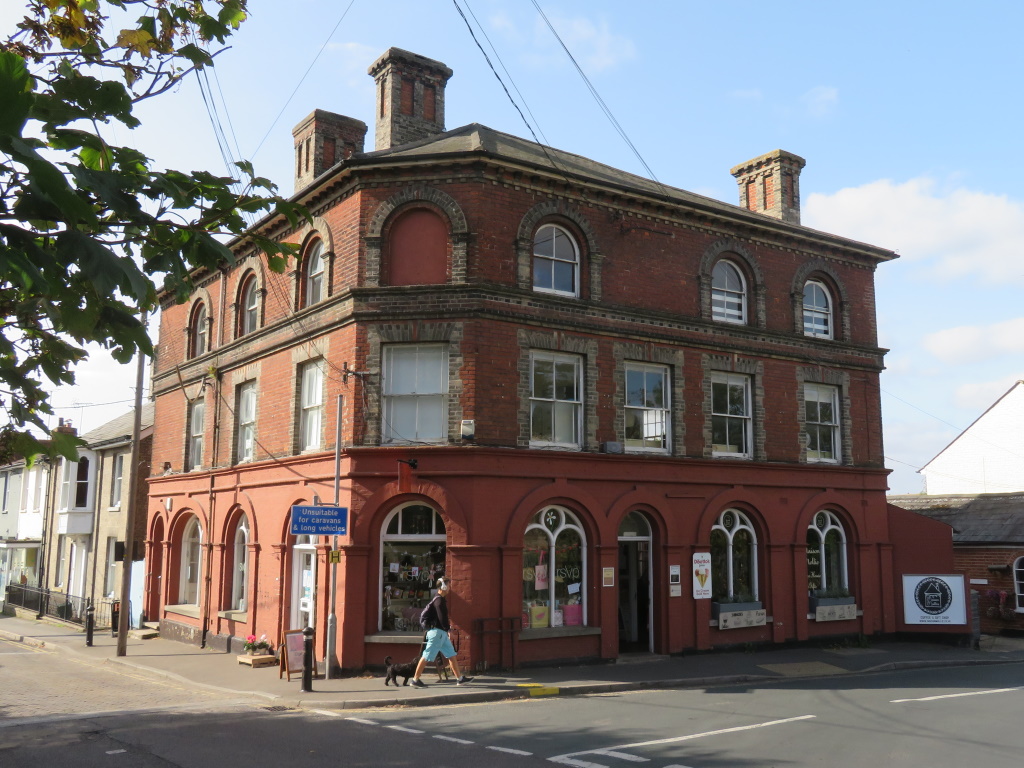 There was once a busy shipyard on the site of the old dry dock so it would be no surprise to find an old Co-op™ building here, which you won't, by the way.

There's a new one, however, up on The Avenue and, according to the Wivenhoe Watcher, their recent signing of Lionel Messi is a real coup for the Co-op™ and hopes to revive the local mini-mart's fortunes.

There's a rather rural feel to the old village centre with a, dare it be said, rather charming if a little random high street. 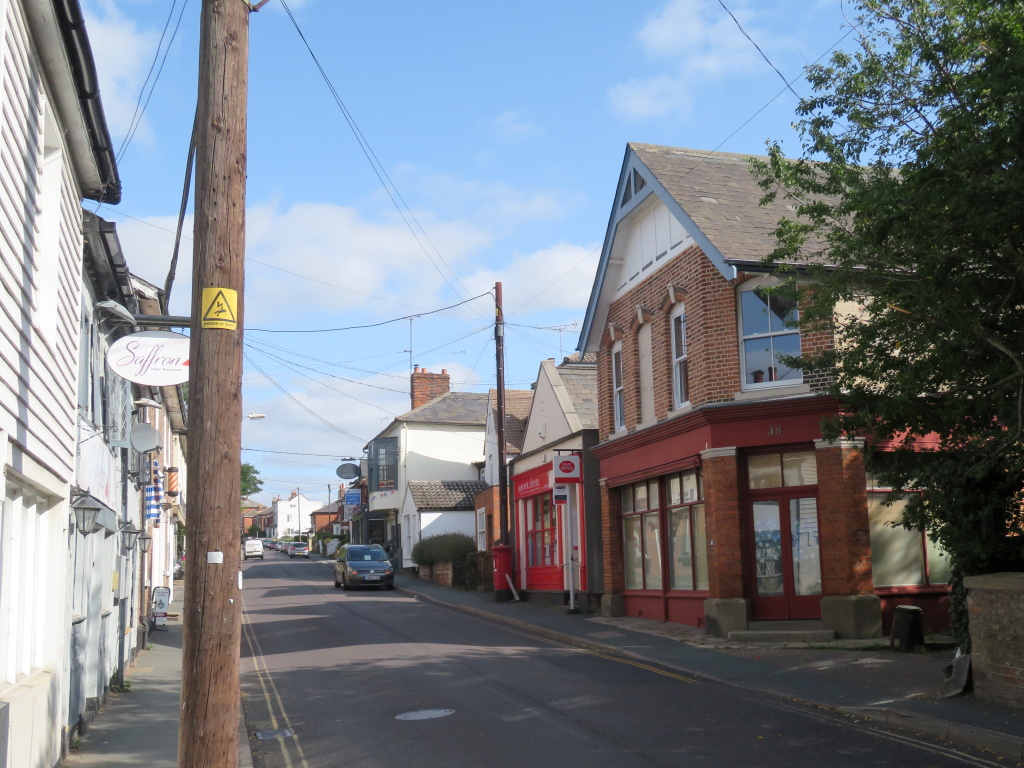 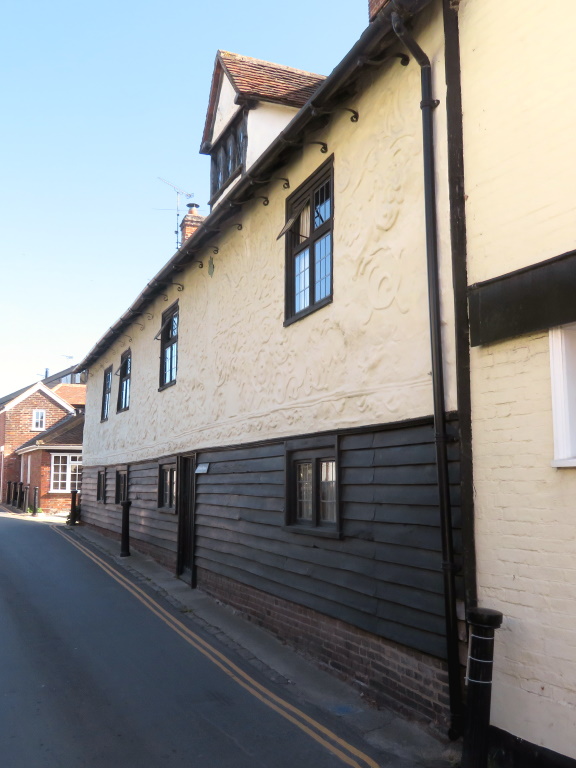 Wivenhoe's oldest house, Garrison House, is said to have seen action during the English Civil War although the date on the drainpipe says otherwise.

Still, it's at least 1675 old with the 'pargeting' typical of the period in these parts.

More plasterwork has been enhanced near the church[1] with children actively encouraged to daub on a wall. 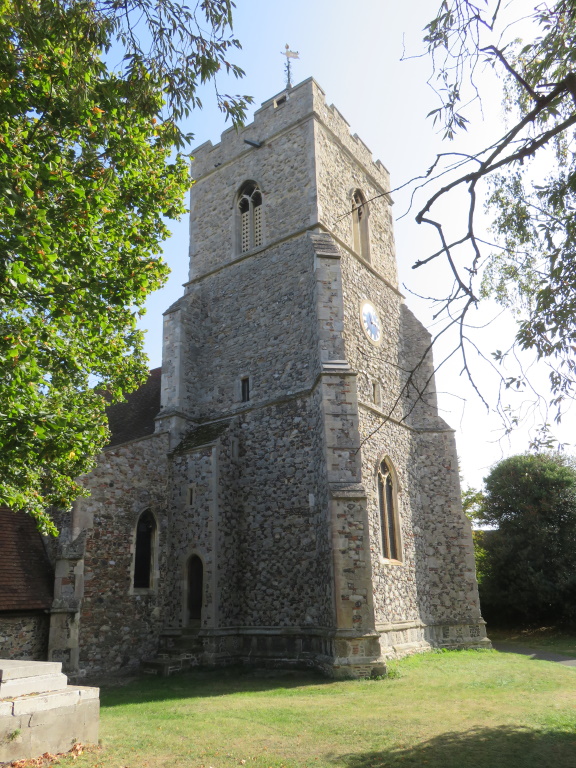 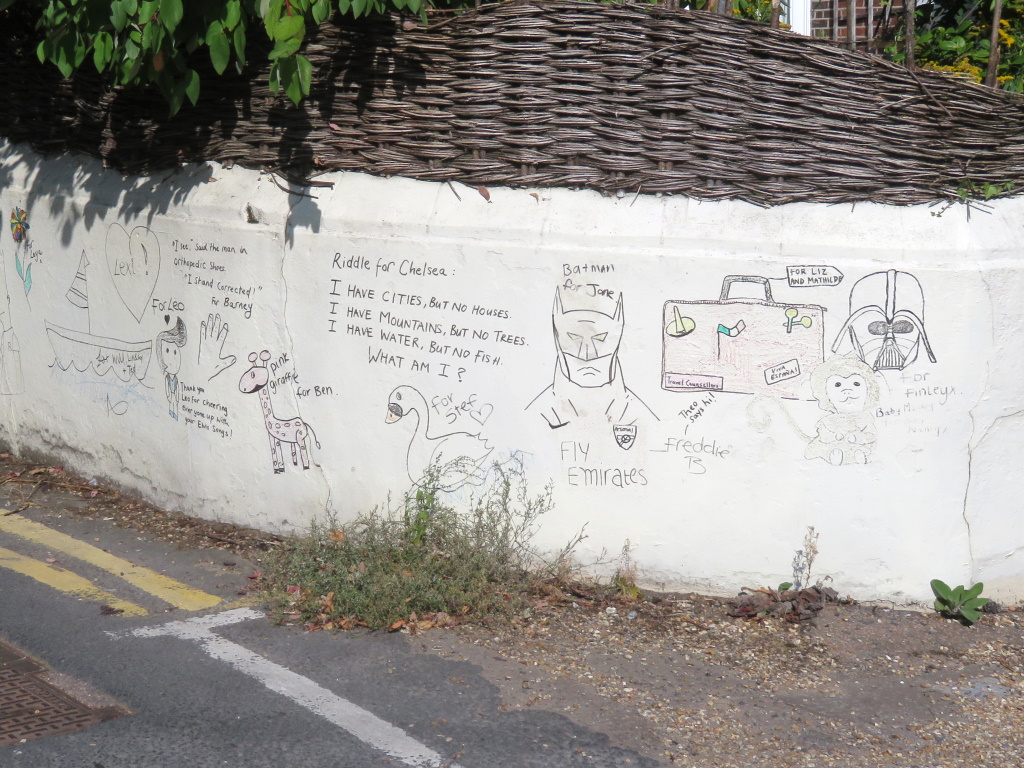 Not, however, in a who was here, when they were here and whose hands were all over whoever's what-nots kind of way. No, these scribblings are much more imaginative and look to be friendly dedications incorporating Batman™, joke(r)s and even a riddle(r).

When they're not busy defacing, Wivenhoe's youth can be found kicking about, or shooting hoops, on King George V's playing field before heading, perhaps, to the Venny. 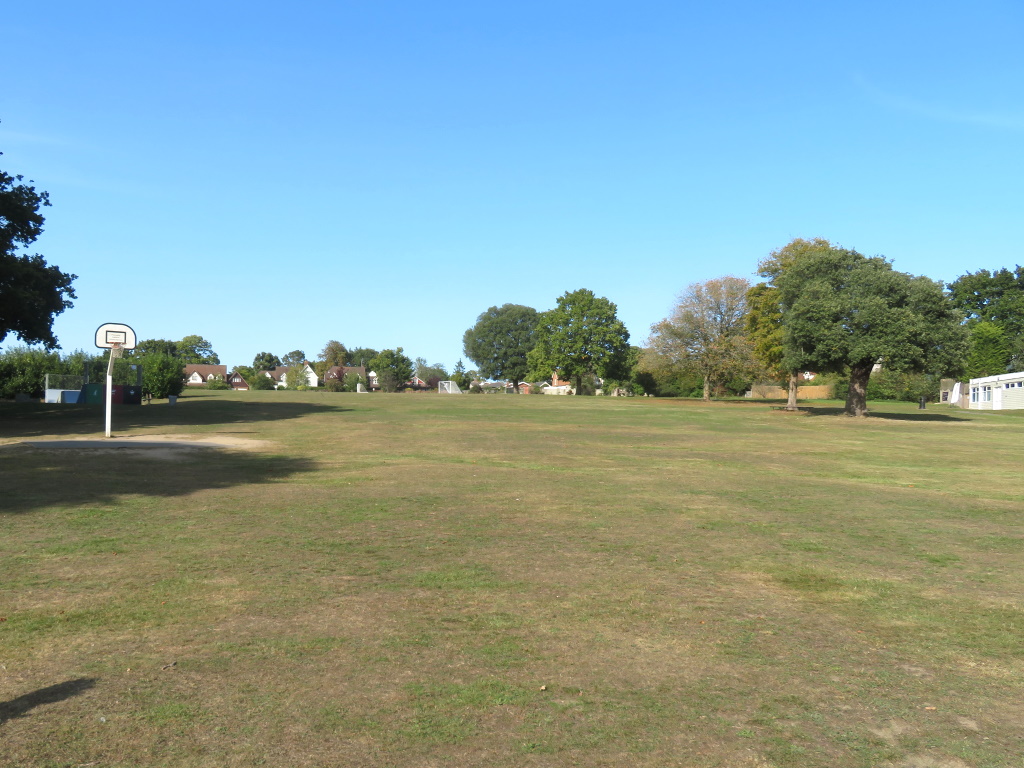 A medieval word, maybe, from the Latin for a lane in the connecting sense and of the kind last seen up in Cromarty? Nah, the adventure playground, more like, where, for a while, activities weren't quite so innocent-sounding after school, some say.

The playing field leads down into woodland and the Wivenhoe Woods Colne Local Nature Reserve, no less. If only the town had a tandoori, this place would be perfect.

Of course there's a tandoori in town and a top-rank one at that. They've only just been able to re-open following you-know-what but a brisk trade in takeaways has kept them intact despite the annoying drives down to deliver to Brightlingsea. 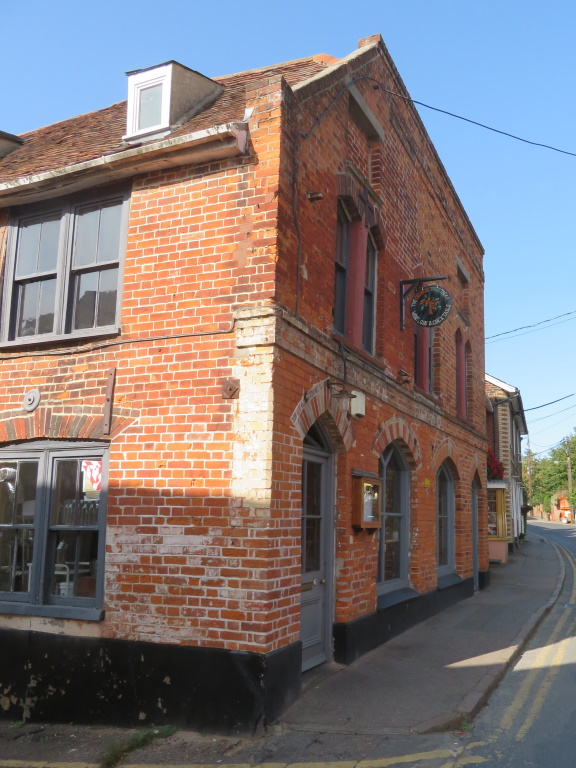 Elsewhere, there is more-than-acceptable tapas and an old-skool Italian and with a week of freakish, Autumn weather, you could dine out here every night, nearly.

Of course there's a pub with a proper beer garden with a wall around it and where the barman isn't a southern loving traitor and all that can be found at the Greyhound.

Not only that, a trio of folksy troubadours are serenading the nightcappers outside with eclectic renditions of everything from the Beatles through to Benny Hill.

The main man Martin Newell's Wikipedia page is nearly as big as Bono's and he's happy to chat, happy that not only he but Wivenhoe has two new fans. The non-playing member of his party gave Bob a Proustian chuckle although It Ain't Half Hot Mum impressions aren't thought to be generally acceptable, these days.

As potential relocations go, this pair of part-time bohos would fit right in here although that would give Charlie Chester-le-Street some credibility.

A living, however, would still have to be made and what hasn't been seen is a Vape Shop. That's what Wivenhoe needs but oh! According to the Wivenhoe Watcher, it looks like the Wu Tang Clan have beaten SlyBob to it.