Either way, they're both bang at what's technically the end of the Severn Estuary but the scenic village is handy if you've been eyeing up the birds at Slimbridge whereas the hamlet is over the water and involves a near 40-mile diversion via Gloucester and the fringe of the Forest of Dean.

Navigationally fascinating, for sure, but why bother with either you might well ask? Well, this is just about the start of the Severn Bore, one of just a handful of true tidal waves in the UK, and with the moon in the right mood this is where things naturally narrow and the billowing begins.

Except the moon isn't in the right mood and having been similarly disappointed up in Arnside, that's two bores now that haven't been seen. Don't worry, the use of the words 'two bores' isn't totally lost on SlyBob.

Purton is a bit of a faff to find but only because Sharpness delivered nothing more than a dead end and Berkeley Castle isn't run by English Heritage™, neither shown. 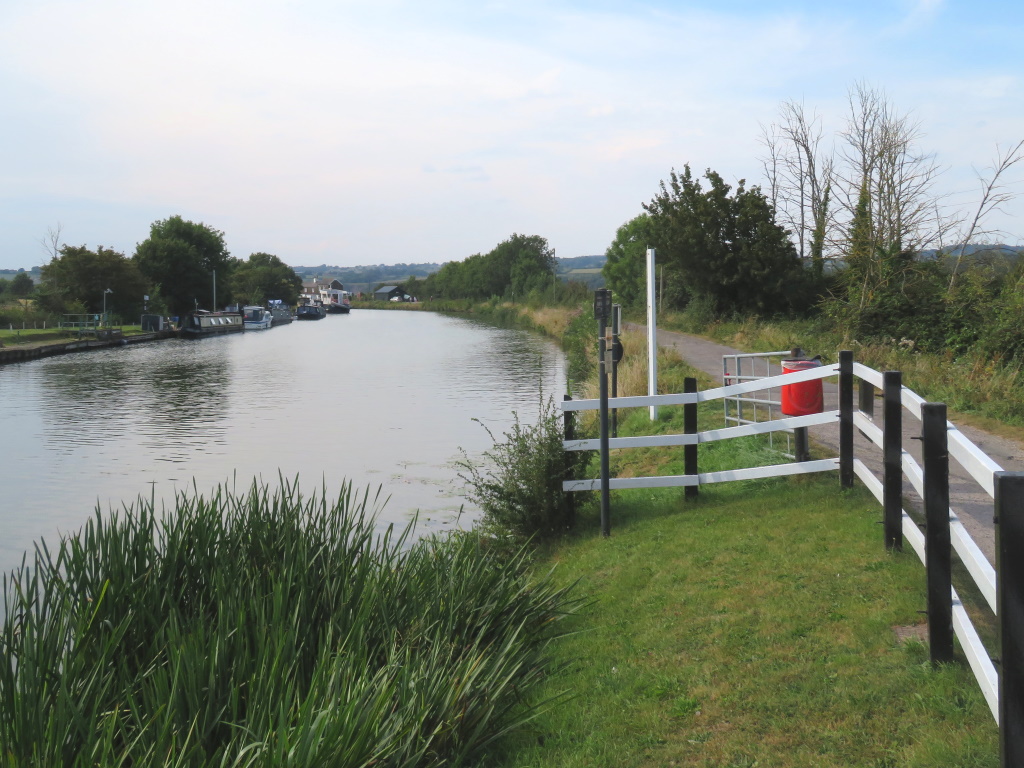 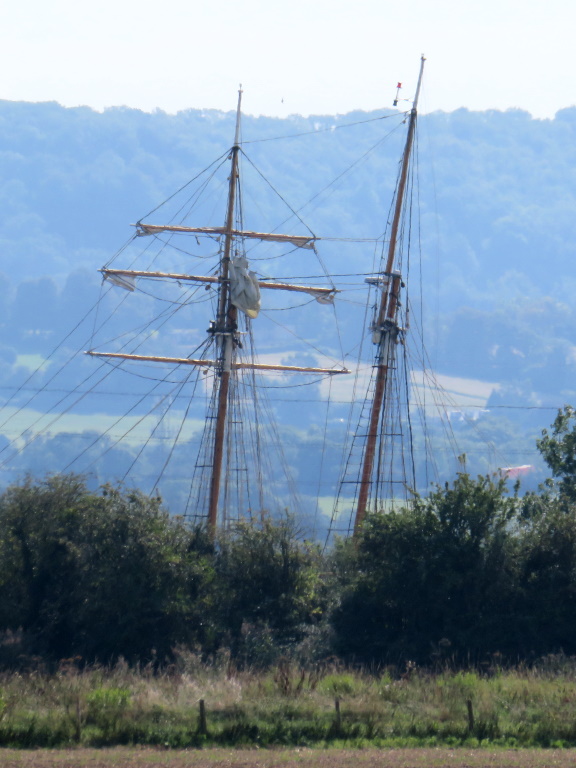 It should come as a surprise to find that a canal cuts right through here but it's not, because it's already been sighted, sort of, from Slimbridge. 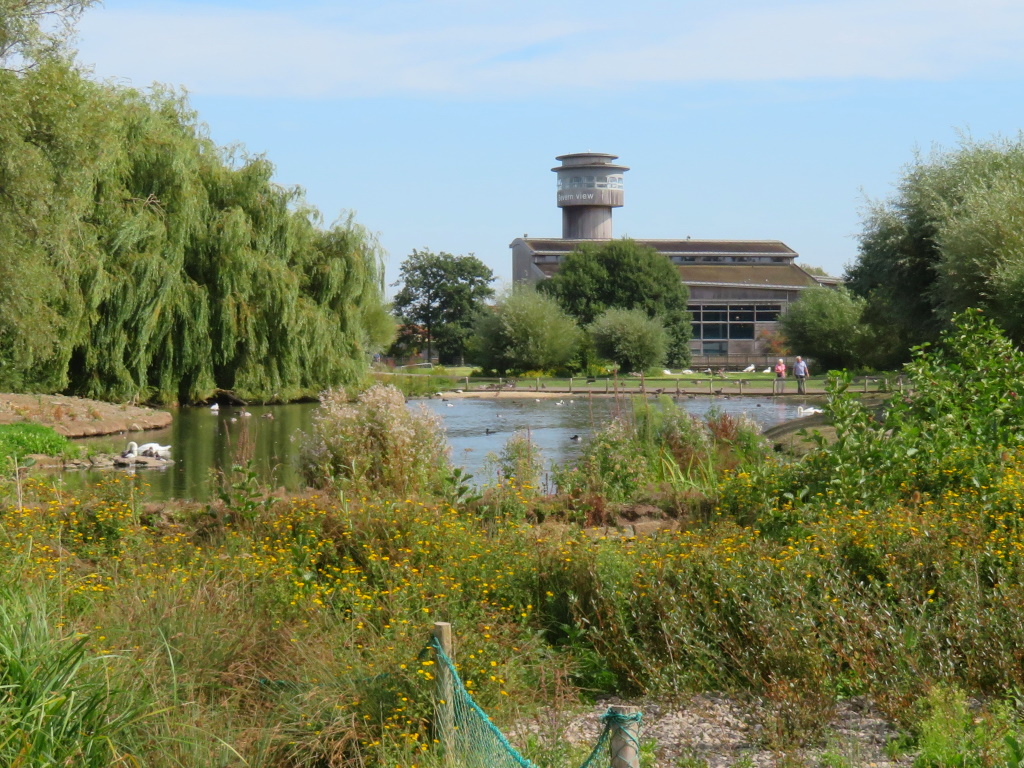 Sir Peter Scott, son of the famous captain, no less, is considered the 'father of modern conservation' and acquired the site post-World War I for that very purpose.

Opening the doors to the public and the BBC soon after, it's a combination of serious, scientific study and visitor attraction with the shop doing a roaring trade, really.

That makes for some of the content more captive than they might like but with the geese and flamingos not getting on too well back home, they're all grateful for the breeding programmes, probably.

There are enough trails to head and hide away from the crowds but the local landscape isn't fully about the feathers. The unmistakably male Ruddy Darter, possibly, or is it a Red-Veined? Unlikely![1] 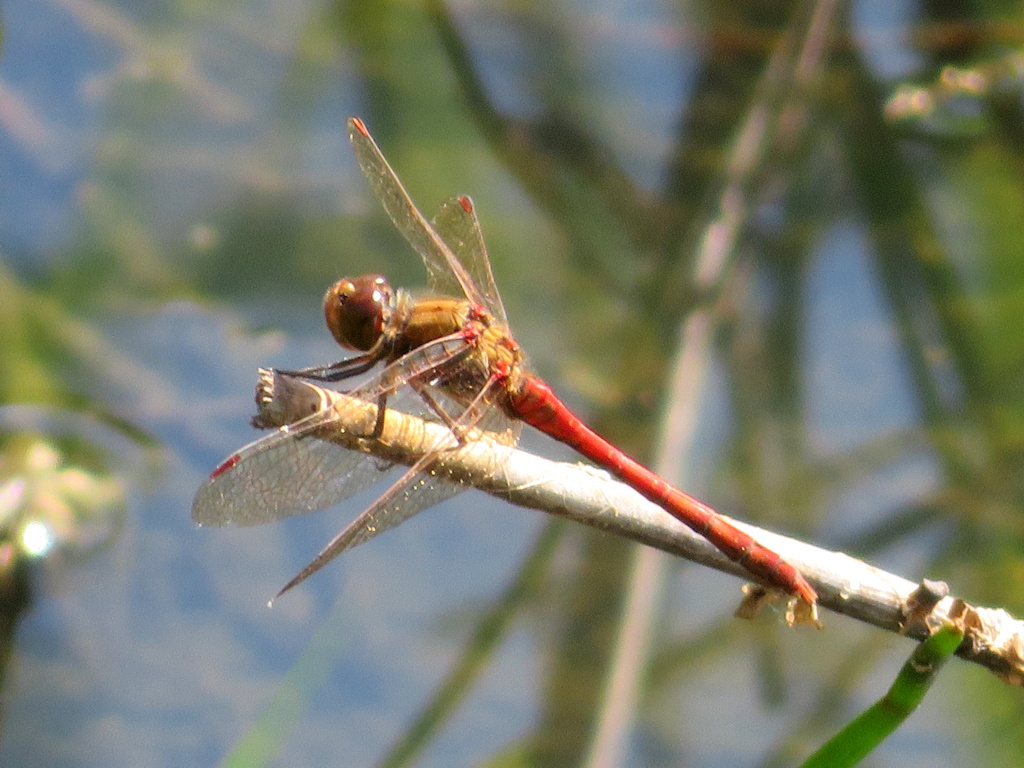 Either way, John Craven needs to check his inbox because this pic's winging its way to Countryfile™ for the cover of next year's calendar.

[1] According to Google Images™, that is.

There's a hut here that recreates the living conditions for the members of a summer expedition to monitor swan and geese populations in the Arctic Tundra. It makes sense since they're the same birds that come to Slimbridge for winter when things get too parky past the 66th parallel.

It's aimed at a younger audience so the best Bob could muster was...
'It looks like a horror movie set'.
'Well I think it's very cosy' replied the mildly offended volunteer.

Hang on! Wasn't that the opening line of dialog in  The Evil Dead?

Meanwhile, back in Purton, the Gloucester and Sharpness Canal runs for just 16 miles eliminating any bends and bores on the way down to Sharpness Docks.

It was imagined that the docks would be a handful of patched-up pontoons from which traditional, flat-bottomed boats transport bundles of willow under which flagons of farmyard hooch are hidden. Hardly! They're on a small, industrial scale, with cranes and everything, and the layout is nothing like that imagined from a tatty AA™ road atlas[1].

Commercially, the canal lasted for nearly 200 years up until the '80s and is now largely given over to the leisurely. No locks mean no hardcore gongoozling to be done although this bridge swings to let the occasional traffic through. 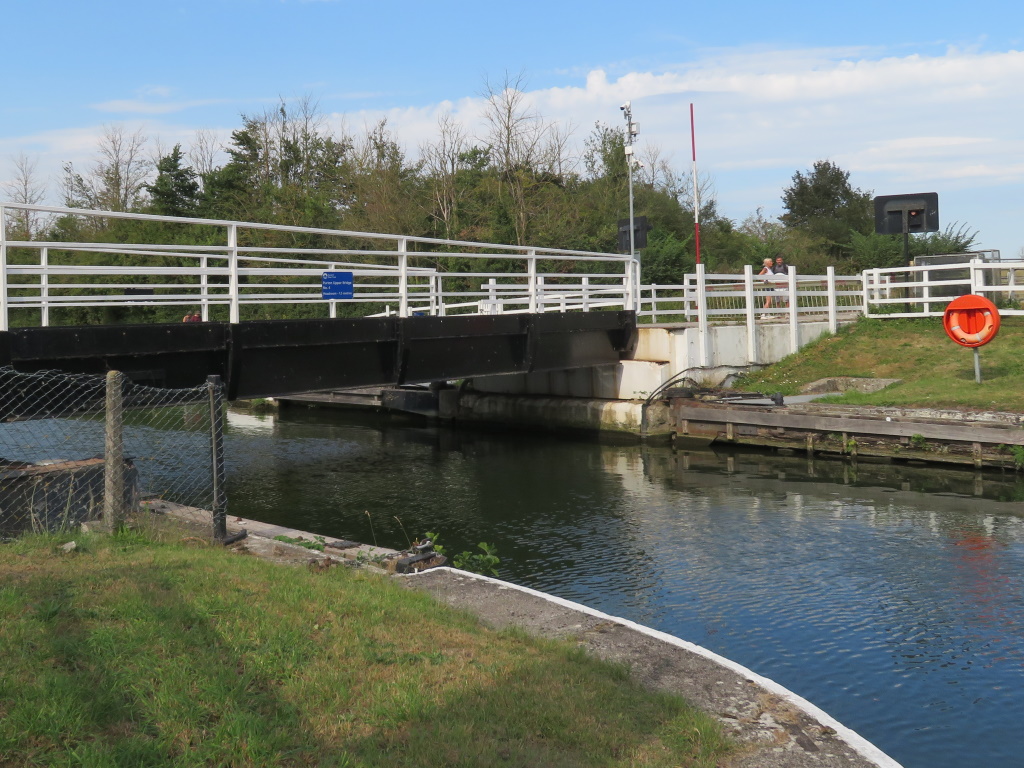 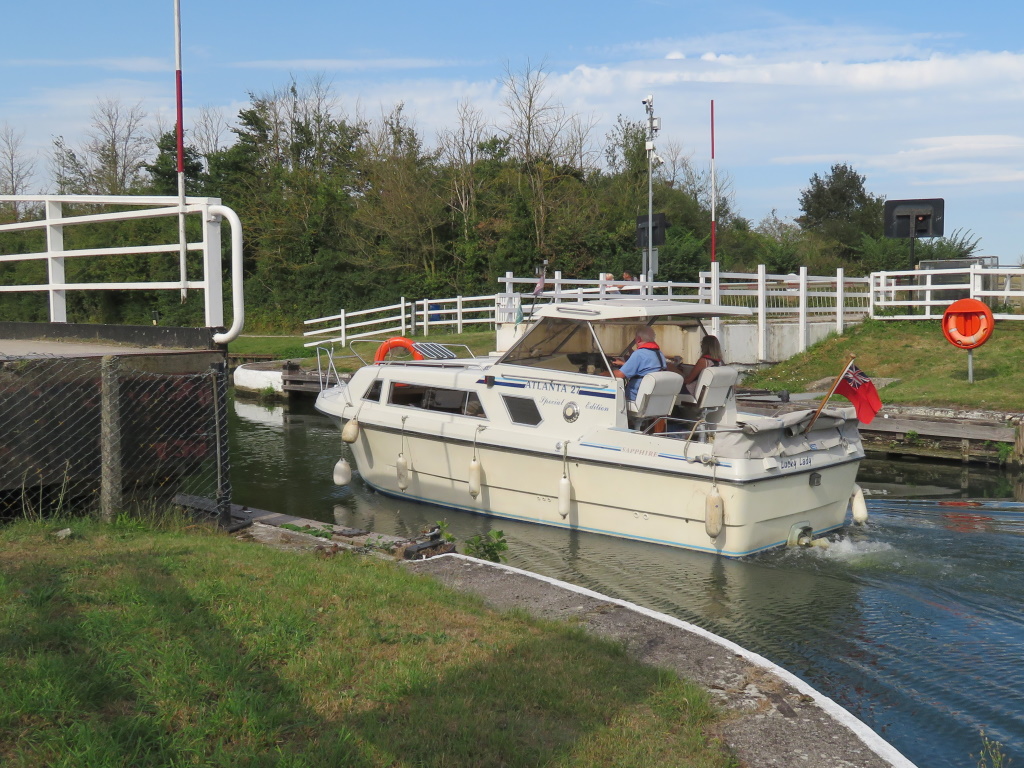 In the not too distant past, this gentle form of navigation would have been seen as tedious in the extreme but, these days, it looks blummin' brilliant so nothing wrong with a friendly wave, eh?

[1] Still the preferred method of navigation in these wheels.

The towpath leads to another bridge and a lane where parking isn't actively encouraged. That's either down to pre-pub closedown or post- you-know-what lockdown with all of South West Gloucestershire suddenly keen on the countryside. 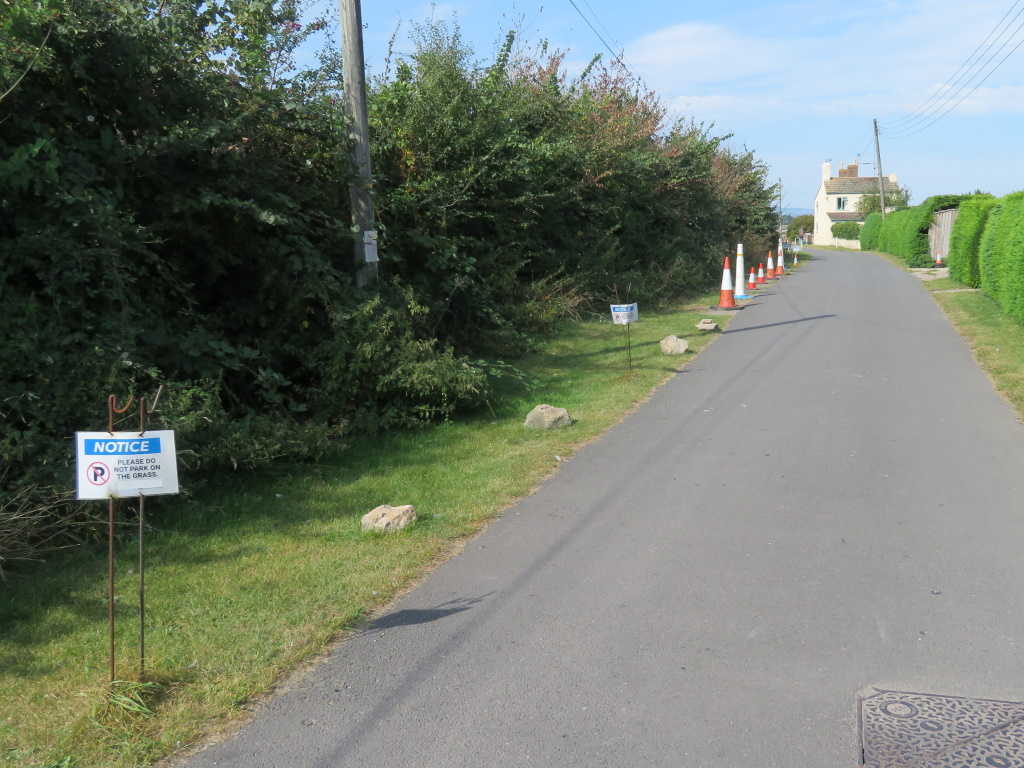 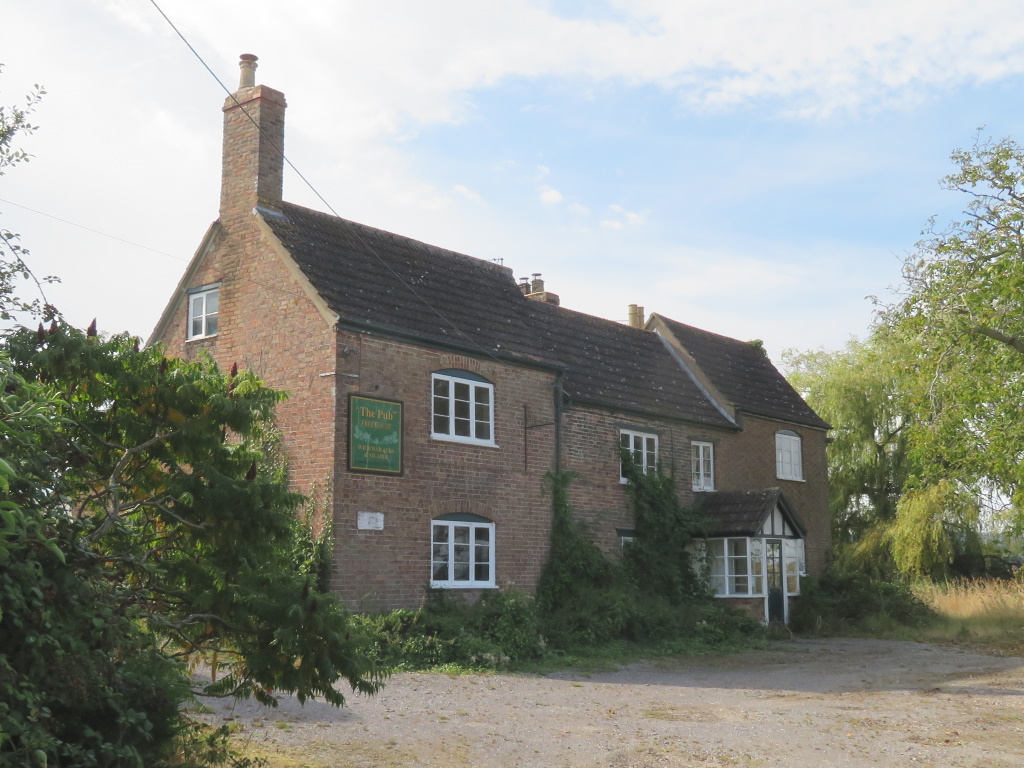 The pub in question is the Berkeley Arms, currently closed, with potentially profitable views to the estuary and Berkeley Castle Estates keen on a new tenant to create something of a 'destination'.

That's optimistic. It was previously a community-focused operation keeping limited hours with CAMRA™ types getting all excited at the historic interior and serving hatch. Oh! Parking might also be a problem.

With Sharpness issuing a firm access denied, there's been no real sense of the estuary, yet. For that you need to head along a hedged track beyond the pub where one of the favourite types of landscape finally reveals itself to look like this. 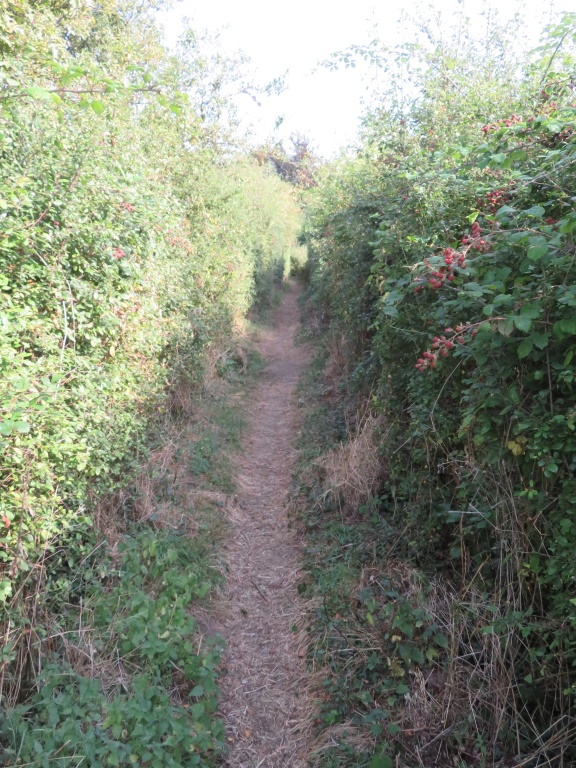 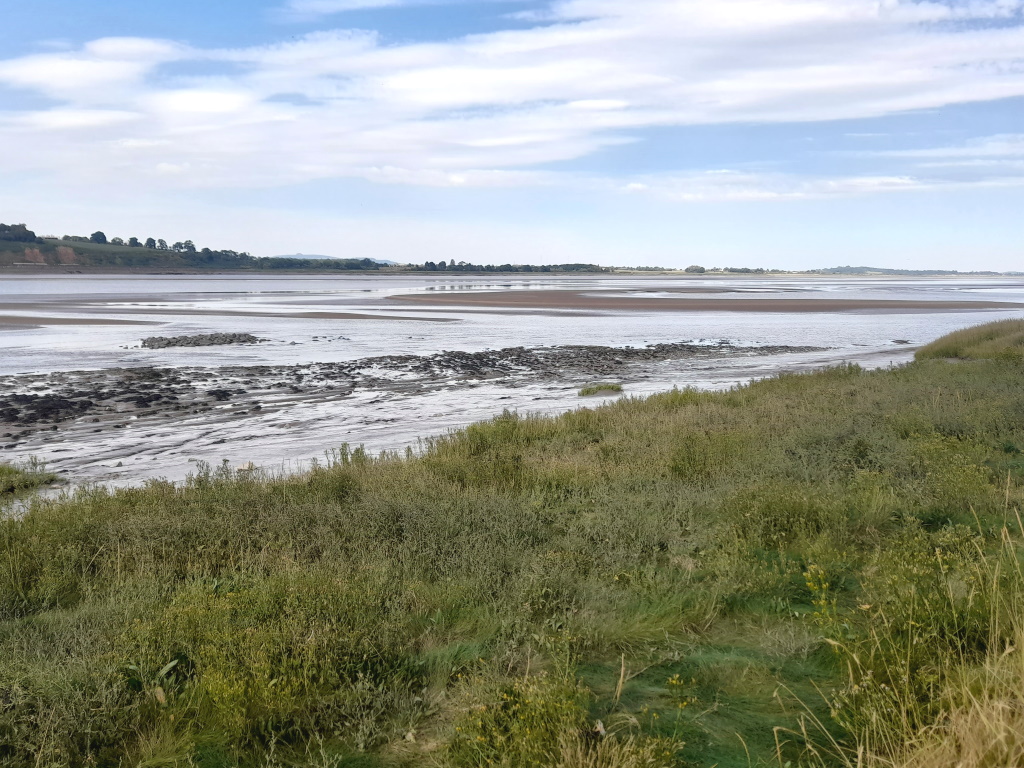 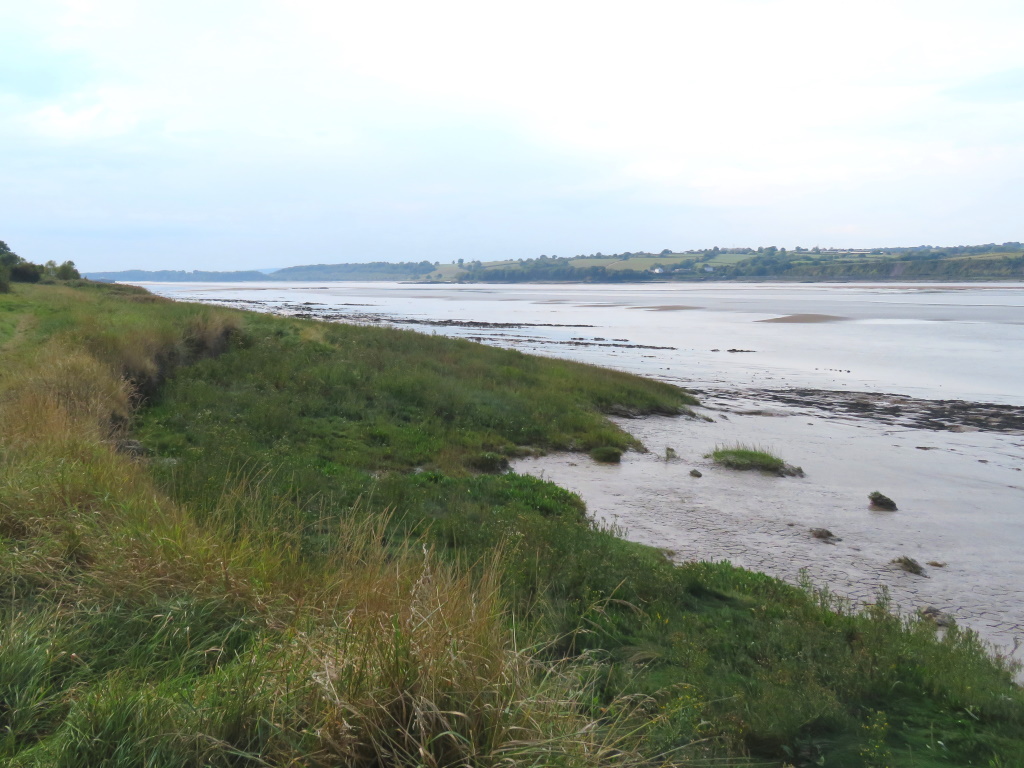 Just out of sight is an intriguingly named, and inexplicably overlooked, Ships' Graveyard. Nothing to do with bores or dangerous tides, as you too first thought, but a variety of abandoned vessels simply dumped to shore up the riverbank and you can get at it via the towpath if you'd rather.

It's all for the preservation of the Gloucester and Sharpness, the thin strip of land between it and the river in danger of being washed away and the contents of the canal mixing it with the Severn, you see.

Something else that's being overlooked is the wildlife although that's more down to an absolute lack of it. It's slightly too early for them to have flocked back or perhaps they're over at Slimbridge where the landscaping helps to create an all-you-can-eat buffet?

At the time of writing, Vlad the Invader has just started to recreate the pre-perestroika period and the existential anxiety of the '70s. Two unprecedented global events in succession are almost too much to process so let's optimistically look forward to next autumn when the only incoming and aerial from Siberia are gaggles of Russian White-fronted geese, eh?