There's often a smaller, posher neighbour to the traditional seaside town and so is the case with Great Yarmouth. It's what Lytham St Annes is to Blackpool, what Frinton is to Clacton, on-Seas, and up in North East England, why it's only Whitley Bay's... Oh! That one doesn't always work[1].

Except that prize has already been awarded to Gorleston-on-Sea and the large village to the north is, sorry Caister, routinely residential and the fleshpots far fewer.

Not much remains of the Roman Fort that named that toon with the long-gone cavalries replaced by caravans, two big holiday parks here, you see, north and south of a roundabout. 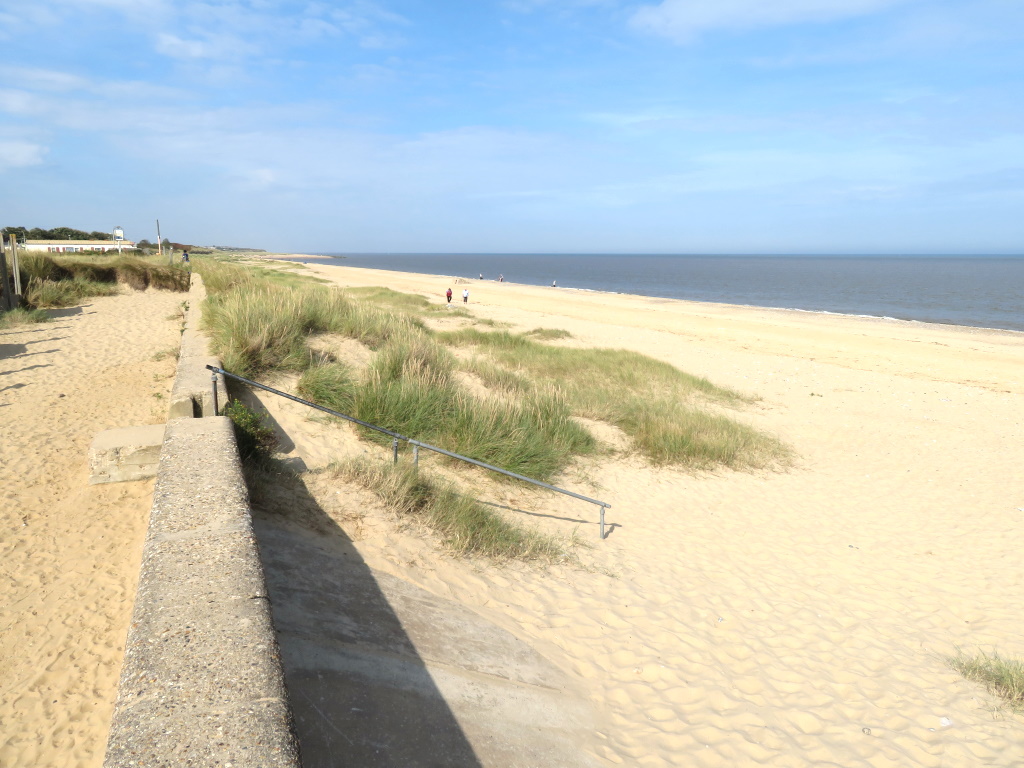 They're handy for Yarmouth when the rain sets in but otherwise take advantage of nigh-on 50 miles of golden sands that run north from Hopton-on-Sea and act as a more than adequate bathing provider.

They already know this in Norfolk, though, and the long-distance Norfolk Coast Path is right on it.

Facilities near the beach are few and far between with no 'musements, neither, but with today being a scorcher the old-skool lure of the Old Manor Café will have to be passed, nothing fried is fancied, thanks. 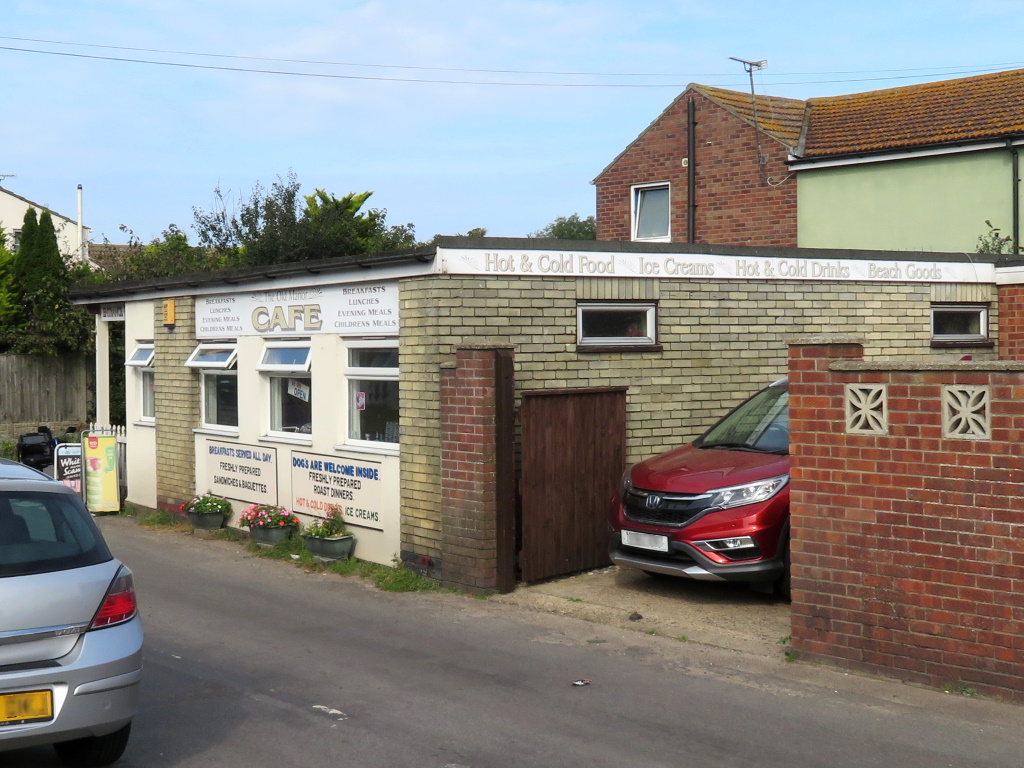 There has been a lifeboat station here for as long as anyone can remember and the current operation is housed at the top of a gargantuan car park. 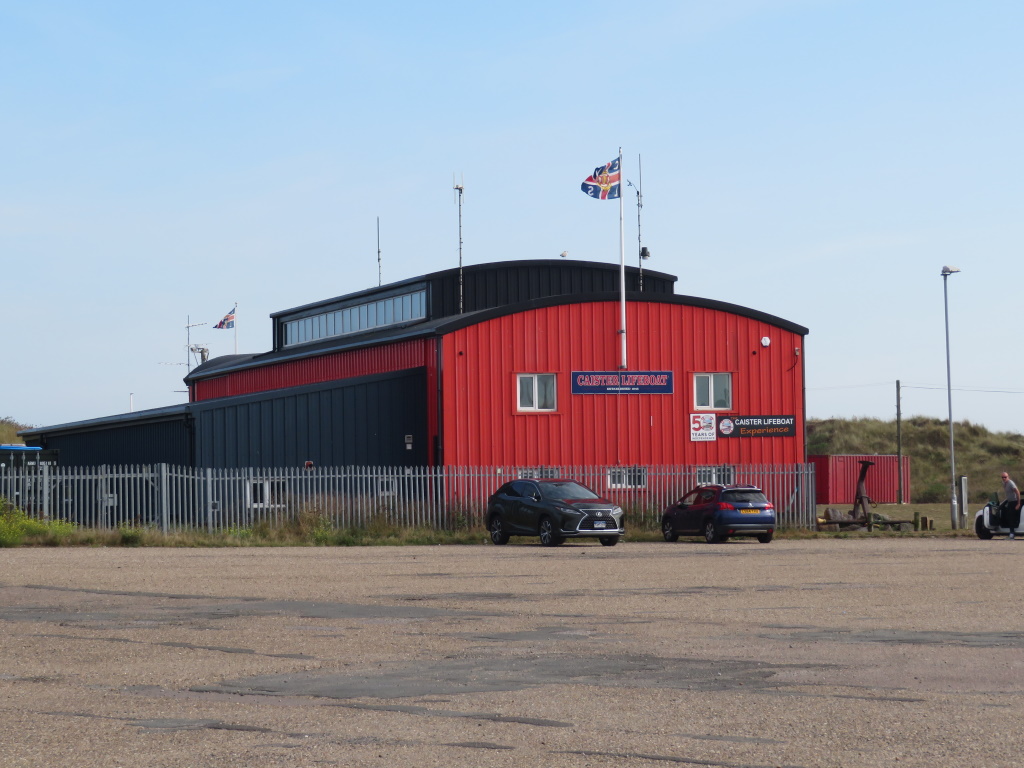 The 'Great Storm' of November 1901 claimed the lives of nine lifeboatmen during an attempt to rescue a vessel stranded on the offshore sands. For three hours the crew tried to launch but were repeatedly beaten back until finally taking to sea only to be stricken themselves, the flares unanswered.

James Haylett's son was one of the victims, it seems, but his grandson survived, pulled from the surf by James himself, now officially retired but unofficially stationed onshore. Haylett gave a dignified statement at the inquest praising the persistent bravery of his colleagues but this was sensationalised by the local rag as 'Caister men never turn back'.

'Never Turn Back' was adopted as an unofficial RNLI™ motto although the less pithy 'With courage, nothing is impossible' is preferred, these days.

Meanwhile, back at the Never Turn Back pub, Ah! the name now makes perfect sense. It was actually built to commemorate the event and the '50s, Art Deco style makes it look like The Jockey from Shameless from a distance. 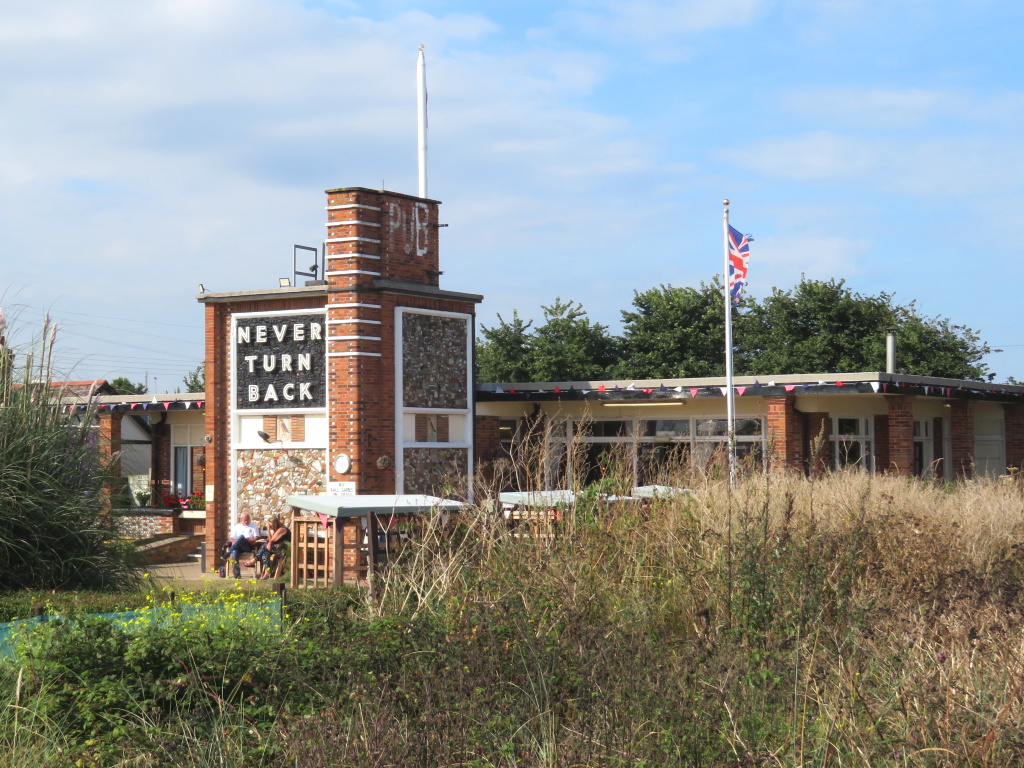 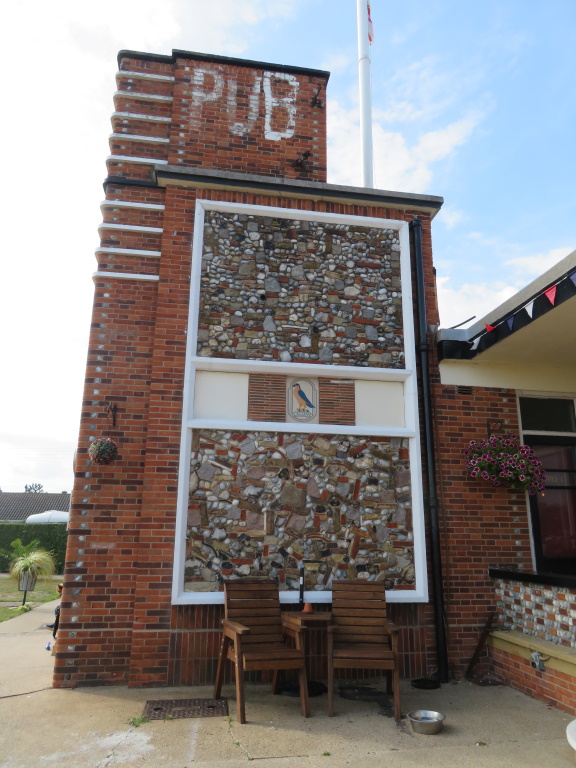 It's not nearly so edgy inside but there is a situation, a situation as serious as that in 1901... the kitchen's closed, he says.

They can knock something cold up between some bread, accessorised side-salad included, and, just like the lifeboats, this is a level of service that's above and beyond.

There is now a distraction, a distraction from a solitary regular playing darts... 180, 180, 140 - bloomin' amateur. That's a joke, of course, and the accuracy of his arrows suggests the absolute opposite.

When the Professional Darts Corporation broke away from the British Darts Organisation in 1992, they took all the best players with them and with it the TV coverage, which was greedily gobbled up by Sky™. The quality of the BBC's BDO competition coverage gradually diminished as others defected until it was no more than a pub-league tournament, really.

That's when the love was lost for the greatest spectator sport in the world, a good game of tennis coming a close second. The current PDC champion, whoever he is, could walk into a random, Norfolk pub and unless he's Phil 'Phil The Power Taylor' Taylor Bob wouldn't even recognise him.

This is a shame because had that interest not dwindled, an autograph might have been asked for and then some stiff competition offered. Being a bit of a swot and getting some O-Levels, 'The Professor' enters the stage in full academic gown and mortarboard taunting the crowd with a flailing cane to the tune of School's Out by Alice Cooper.

Meanwhile, back in reality, here come the sandwiches. They still employ the old-skool raffle ticket system and shout your number when ready. 103? 103?