Just 15 miles north or so of Naples, the frequent trains still take 40 minutes, which is about the same time it takes to 'do' this satellite town.

It's that semi-familiar, Euro-mix of old, narrow lanes and the pedestrian-new, at least it would be if there were any pedestrians. 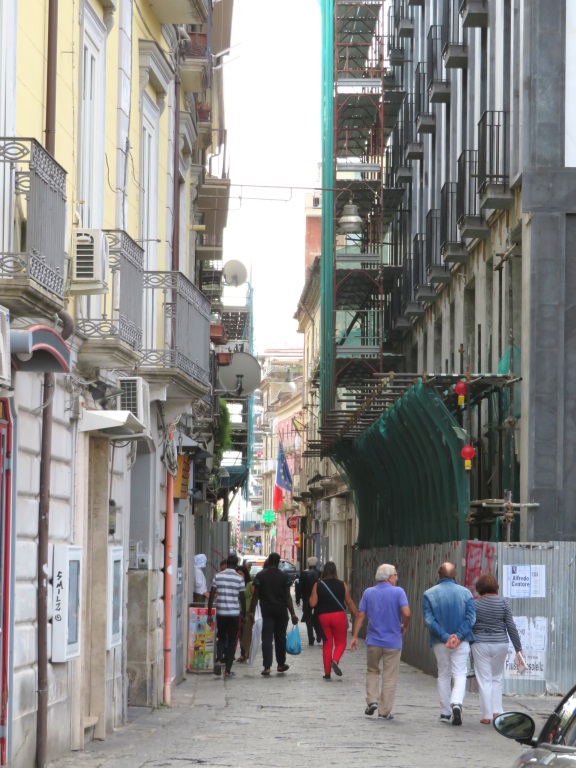 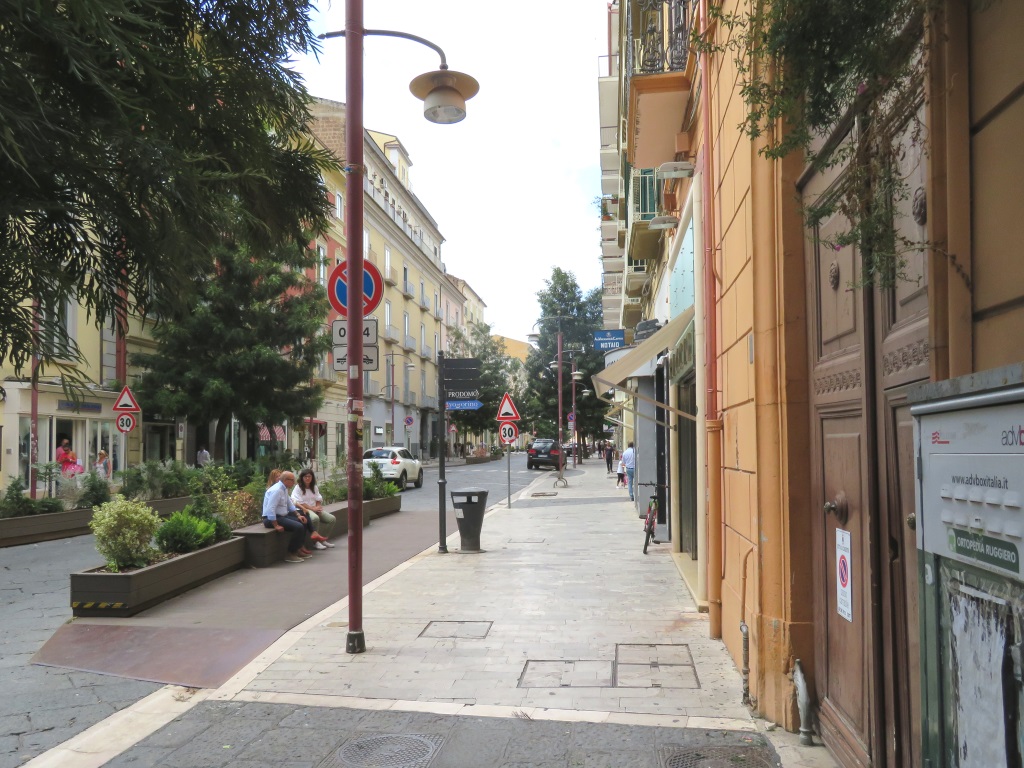 No strangers to bumbling up backstreets, it all lacks a bit of bustle and despite the odd Piazza, Caserta is, quite frankly, deserted. 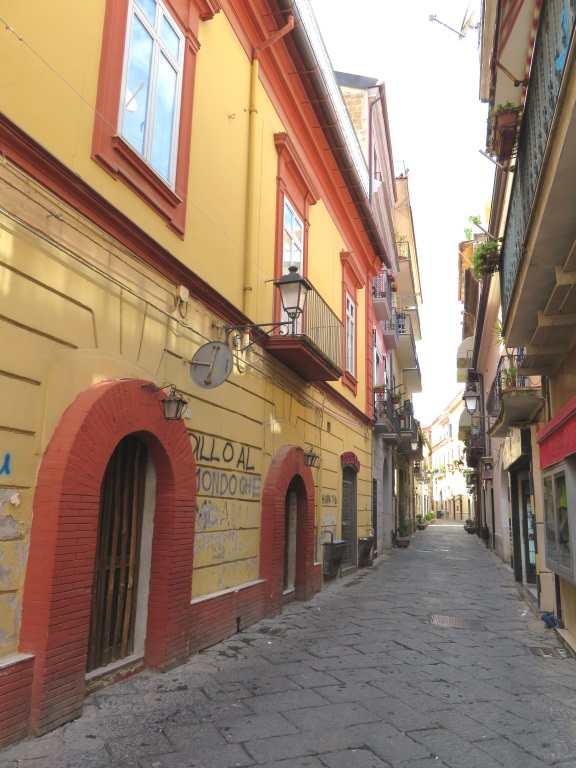 There aren't that many places to pick up a panini, half of them are shuttered-up, and it's thought this could be the '70s and half-day closing on a Wednesday[1][2]?

[1] Today is a Tuesday, actually.
[2] Or a Thursday if you've ever been to Halesworth.

A kiosk in a small park, really, who'll do you a slice of Dr. Oetker™-style pizza but options really were running out. The lack of activity in town looks to be linked to the number of visitors to the palace, which is just two today. A palace you say?

It's just as well that was all just a pit-stop before the real reason for visiting, the Reggia di Caserta or the Royal Palace of Caserta if you'd rather. 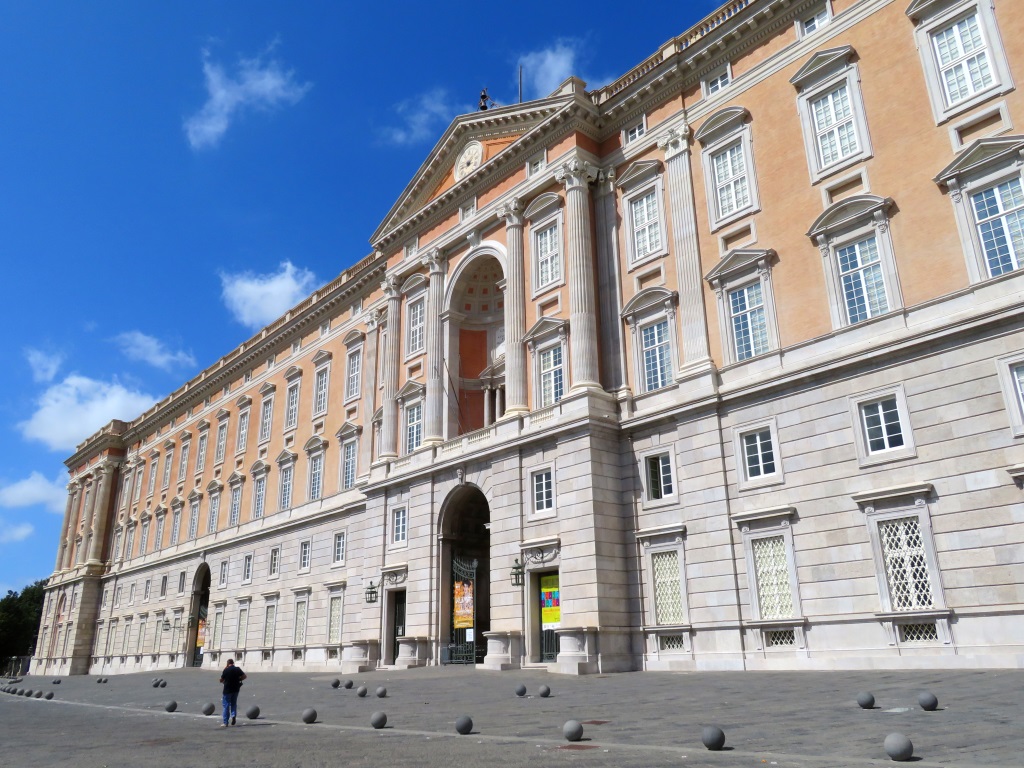 Modelled on Versailles, this is the largest royal residence in the world, which warrants a UNESCO World Heritage Site stamp and they don't hand them awards out willy-nilly.

But there's still nary a sightseer here, neither. Perhaps they're doing some filming and the crowds have just been shifted round the side? That wouldn't be the first time, Star Wars I & II, Mission Impossible III have all used this as a location.

What are they doing today? Meet the Fockers IV[1]? Nothing quite so dramatic. It's closed on Tuesdays[2].

[1] Gaylord is now king of a fictional, European nation[3] and Jack De Niro calls on his CIA background to stage a military coup but Hoffman and Streisand are plotting a more peaceful revolution. Hilarity ensues, obviously, while the wife one provides the reasoned counterpoint to this madness and the twins both learn a valuable life lesson.
[2] Honestly.
[3] That still needs some figuring out.

Back in Naples, the queues for the trains to Pompeii were nearly back to 79 AD so this was an improvised trip with little time to check the, not too, small print that clearly tells you that it's closed on Tuesdays.

Still, make the most of it, they say, and the largest royal residence in the world, you say? It's said that King Charles VII of Naples never spent a night here before he switched sides and went to manage Spain in 1759. A succession of other Bourbons did, though, cementing that largest claim although some of the cement was left unlaid.

The place was never really completed, you see, with the wings never fully finished nor an ambitious sounding avenue all the way back to Naples. 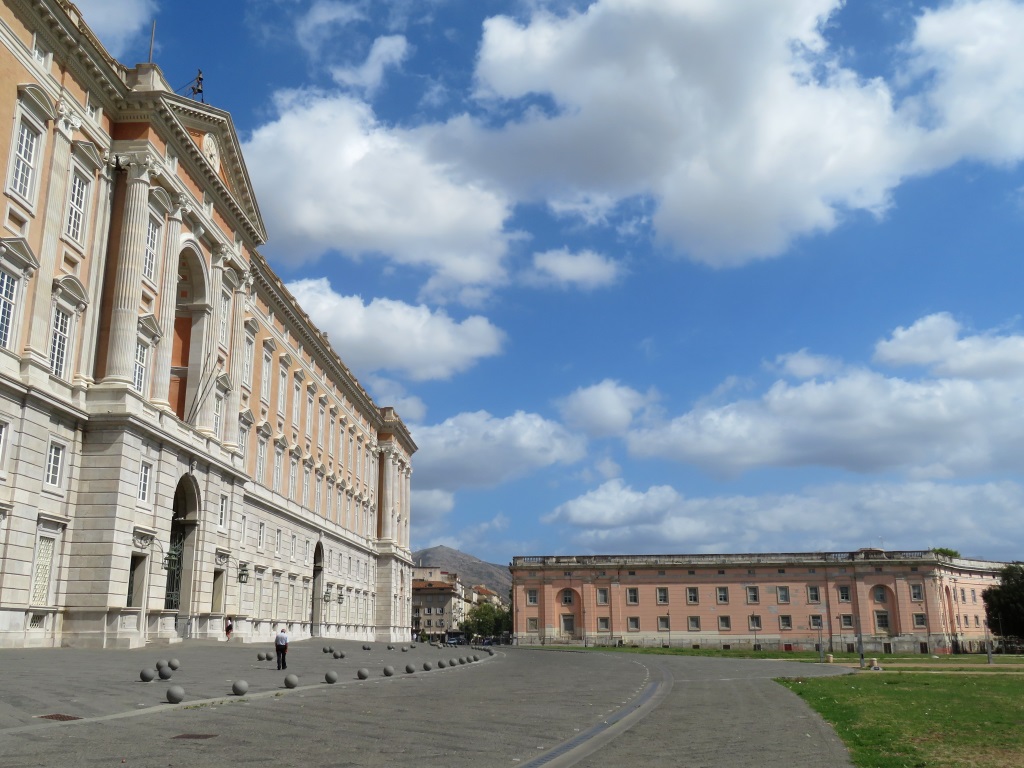 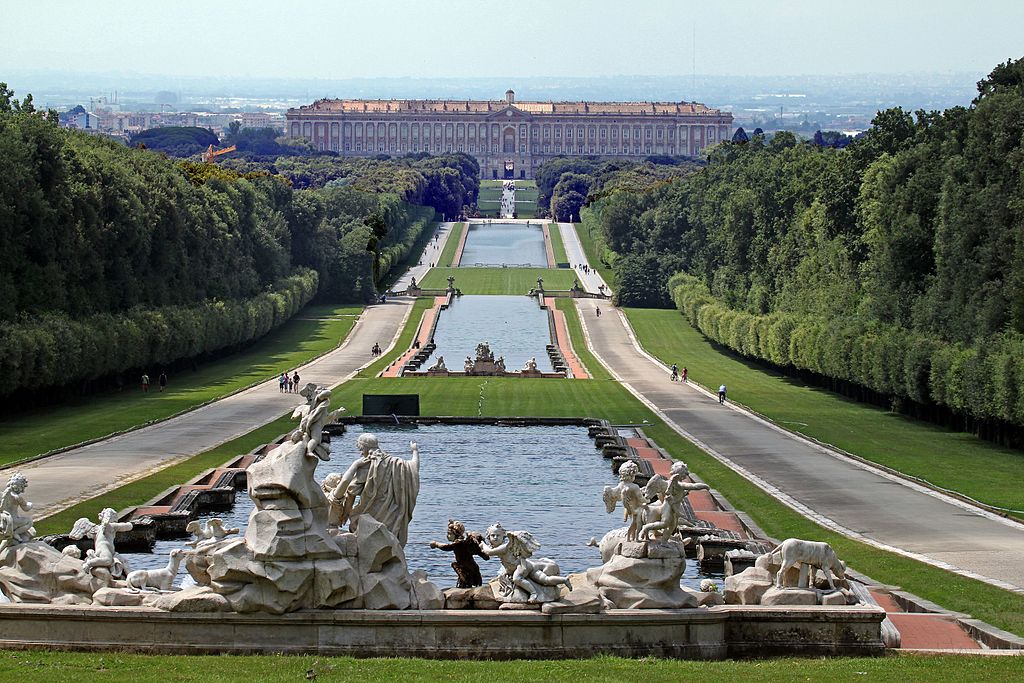 The back garden, however, is nearly 300 acres, a mile and a half long and features at least five fountains. It looks not a little unlike this, apparently.

There are, however, rumblings of neglect with groups of youths skinnydipping in the fountains and €80,000s worth of copper going missing from the roof one night.

An estimated 22 €euro millions are required to restore this palace to its imperial magnificence and that includes a new lawnmower for the big front garden. 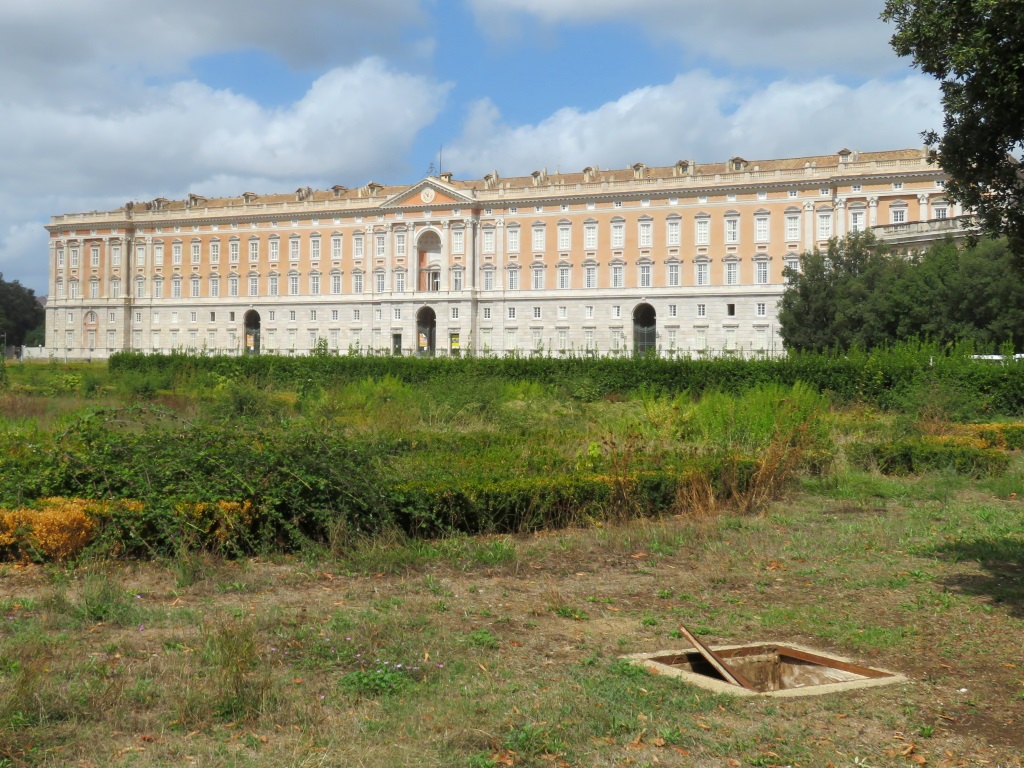 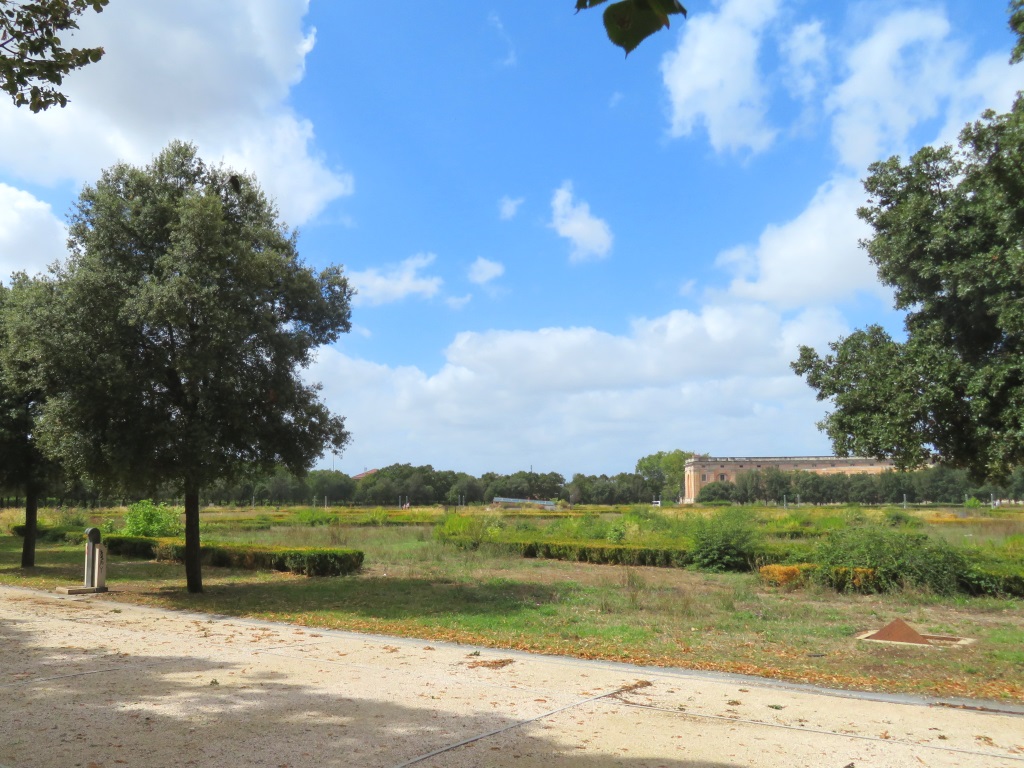 Unbelievable, really, this is the largest royal residence in the world, remember? The signs of shabbiness mean that the visitor count is down by about 50,000 people year-on-year but there's one way of getting the numbers back up... open it on a Tuesday!

Here's two for a start.