There's a fella here from the 1500s but he's struggling to help with directions. The sea still floweth all the way to Spynie, he sayeth, Elgin's old port, so Lossiemouth hasn't really been invented yet.

Lossie only really came to be when the new harbour at Stotfield point brought the builders and then the boats in. Two harbours here, actually, although the fishing fleet has long since sailed so it's more of a marina now. They needed a new harbour, you see, since it's simply too tidal at the mouth of the River Lossie and silting had seen to the original.

As a result, the floodplains started to drain, again, the surrounding settlements all joined up and Branderburgh got rebranded as Lossiemouth during the later 1800s.

You'll find the museum on Pitgaveny Quay in an old fishing supplies store that they didn't need no more. 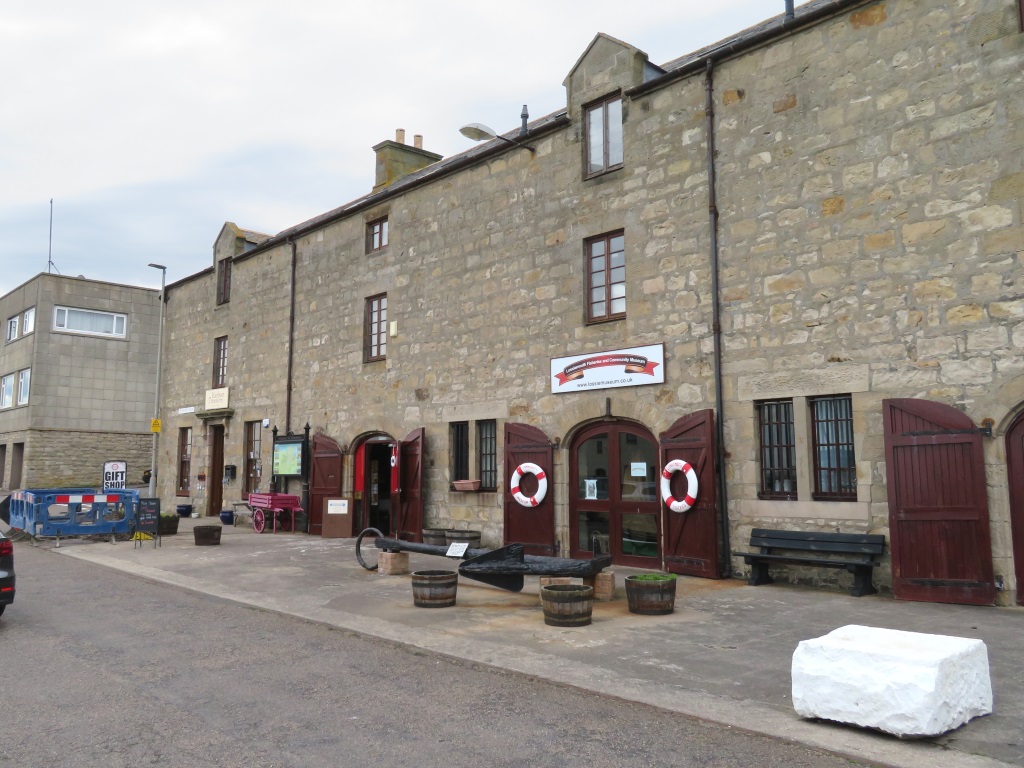 It's small, cheap and seasonal but surprisingly interesting and if you do visit, you can skip this fact-filled paragraph. Where do you think this stuff is gotten from? It's not all Wikipedia™ you know!

While the engineers were excavating the basins for the harbour, the town planners were getting busy up Coulard Hill.

With a new and grand grid layout, where the streets are wider than they needed to be, really, Branderburgh was born and this being the 1830s, that'll likely explain the look of Lossiemouth's library. 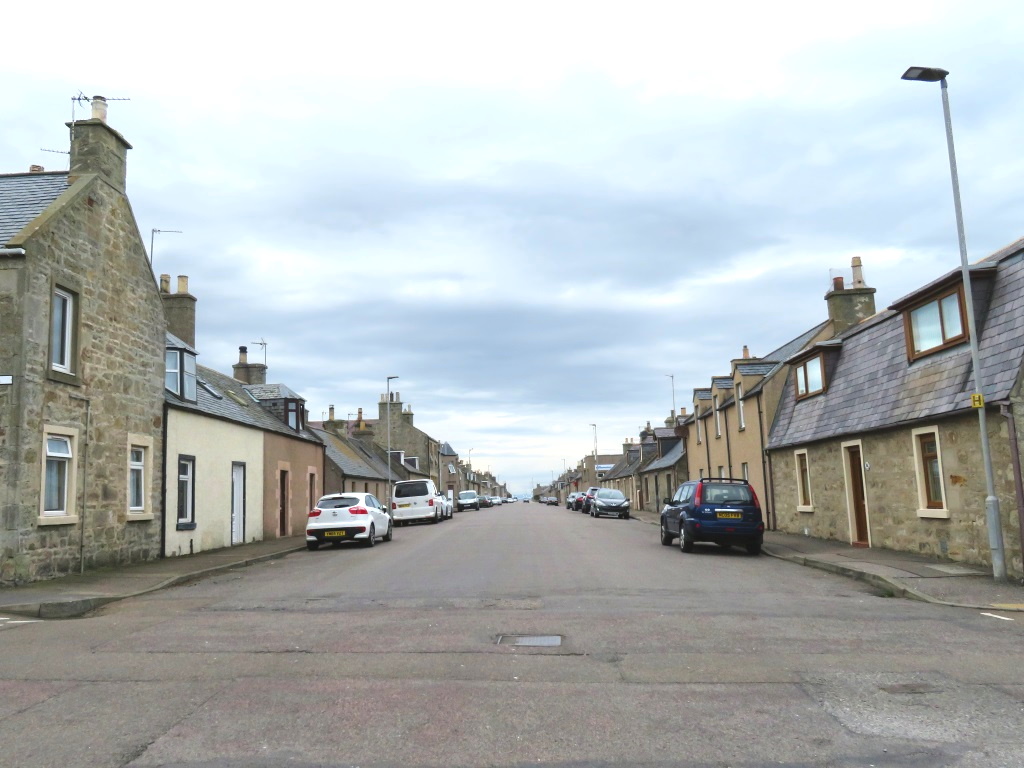 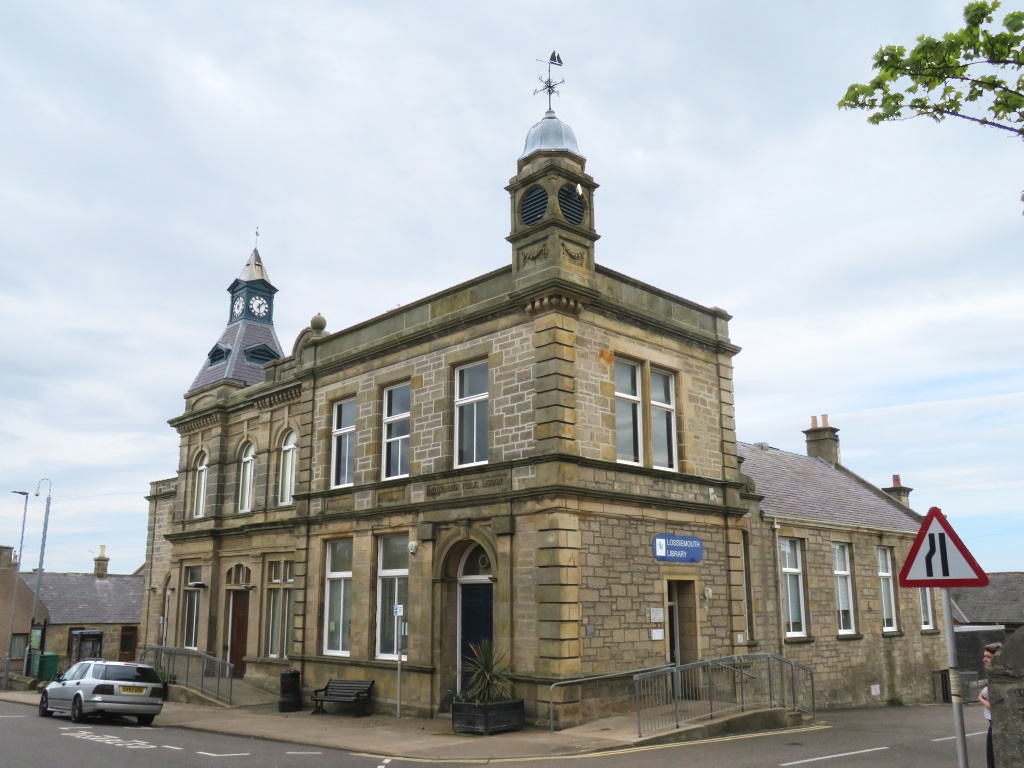 All this laid out on land owned by James Brander, the Laird of Pitgaveny, no less, who, not being shy, also gives his name to the open area of James Square. 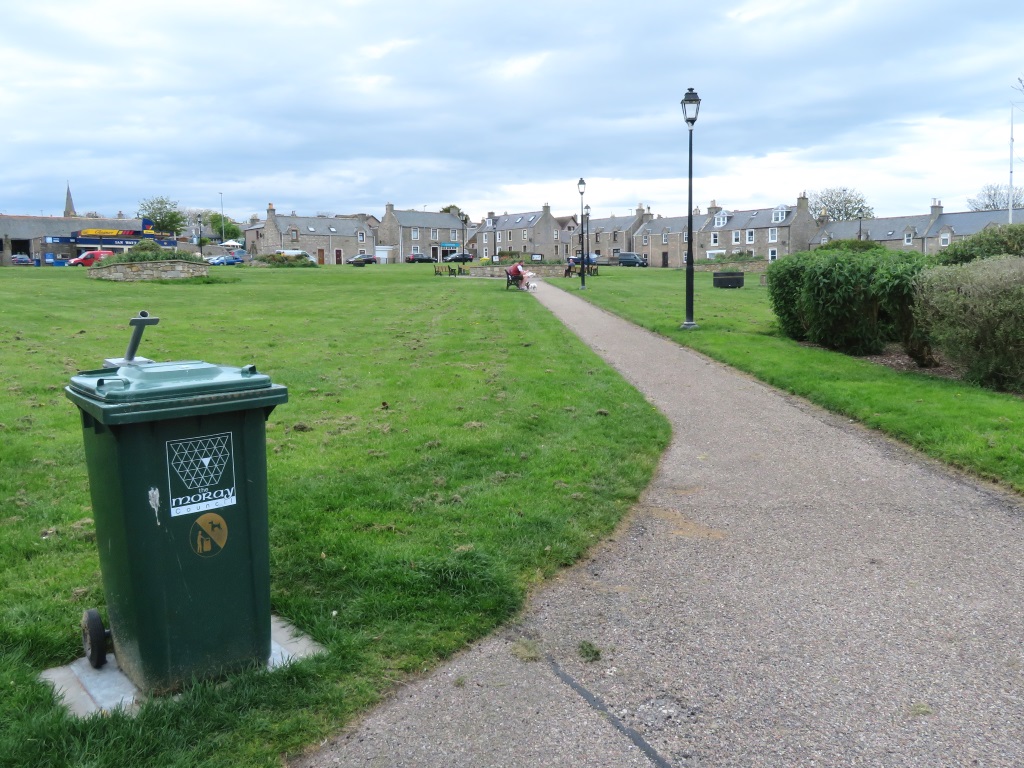 There's a reminder by plaque here of the first, Labour Prime Minister Ramsay MacDonald, no less, who was born in Lossiemouth as was Stewart Imlach.

On your way up from the fishing at the harbour, music, theatre and comedy, actually, including a Status Quo tribute act who opened, Live Aid-like, with Rocklin All Over the World. 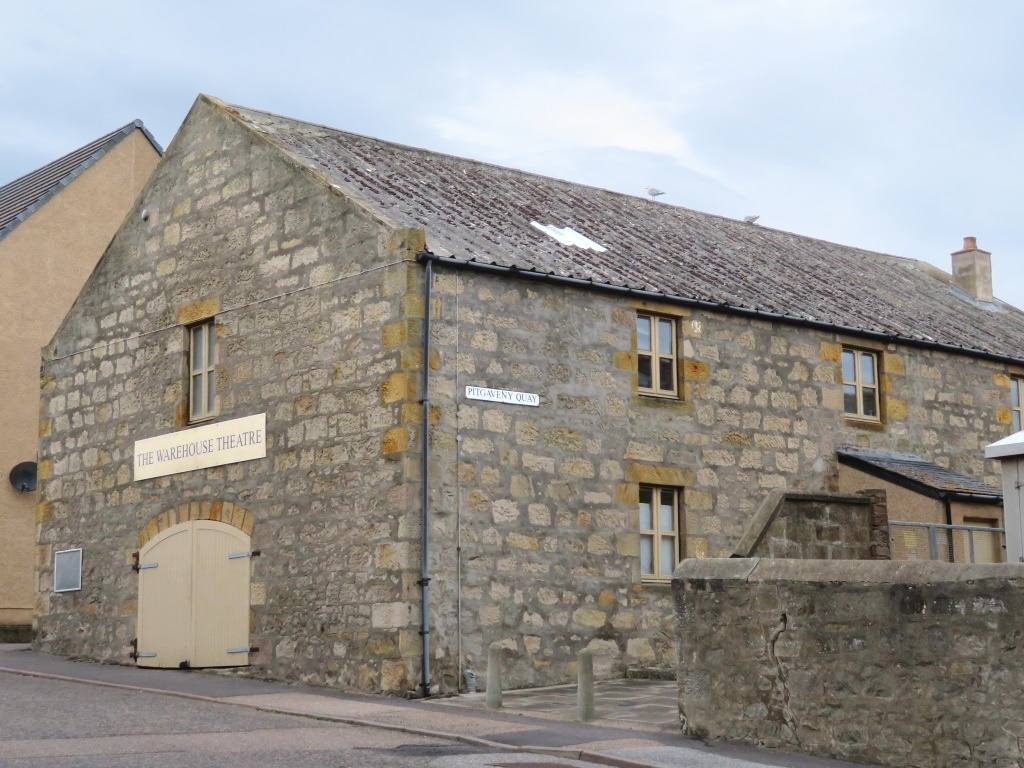 Other recent performances have included Kiss Me, Kate featuring music and lyrics by Coley Porter and a standup performance by big, Irish funnyman Dara Ó Bream.

Bit of a shame it's now closed, then, but still worthy of a mention for the amount of effort required to contrive three fish puns.

It's not Ramsay MacDonald that Lossiemouth is best known for, it's the RAF base, of course. It's the last one still operating in Scotland and their speciality is training fighter jet pilots of which more have been seen above the Moray Firth than those dolphins promised in it.

It's also home to these chaps, seen over Nairn the previous evening, and a large, loud Lancastrian with high blood pressure, probably, identified them as Apaches. 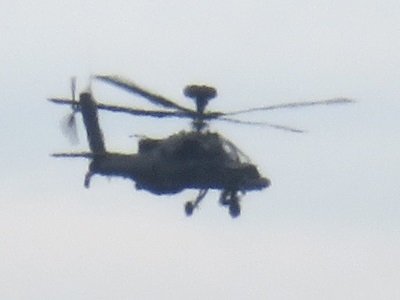 He, however, thinks he's got a 700-mile drive in the morning back to Blackpool making his knowledge of UK geography just plain patchy.

Not everything remains as originally planned and this prosperous-looking lodging on Prospect Terrace takes full advantage of the view. 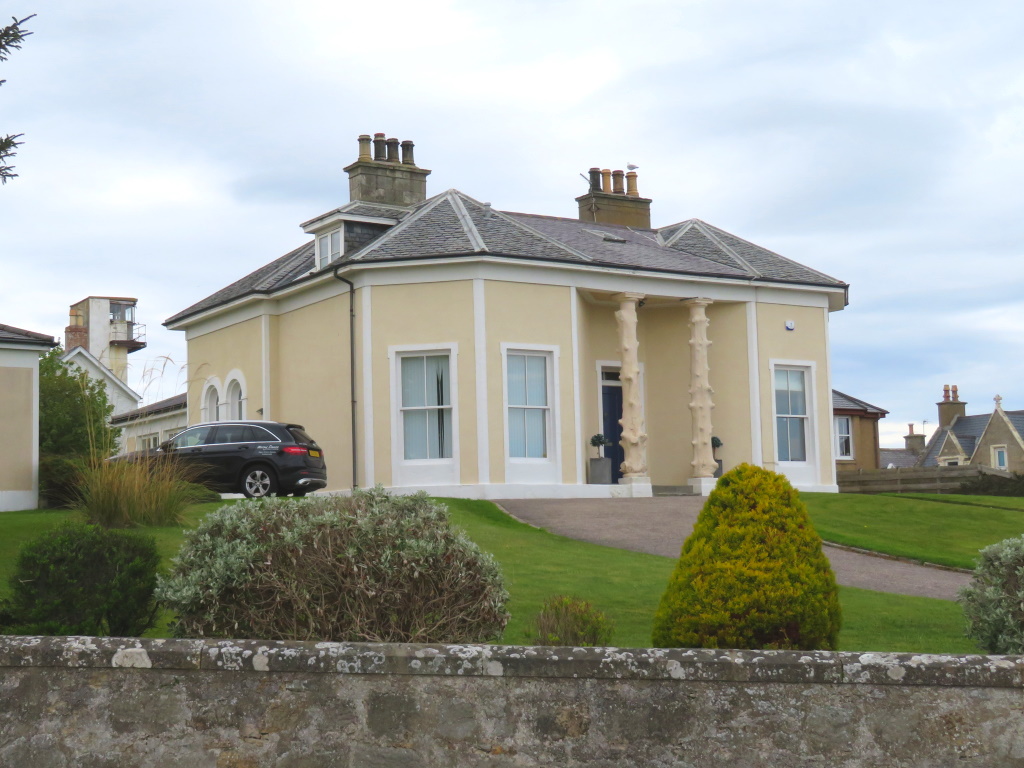 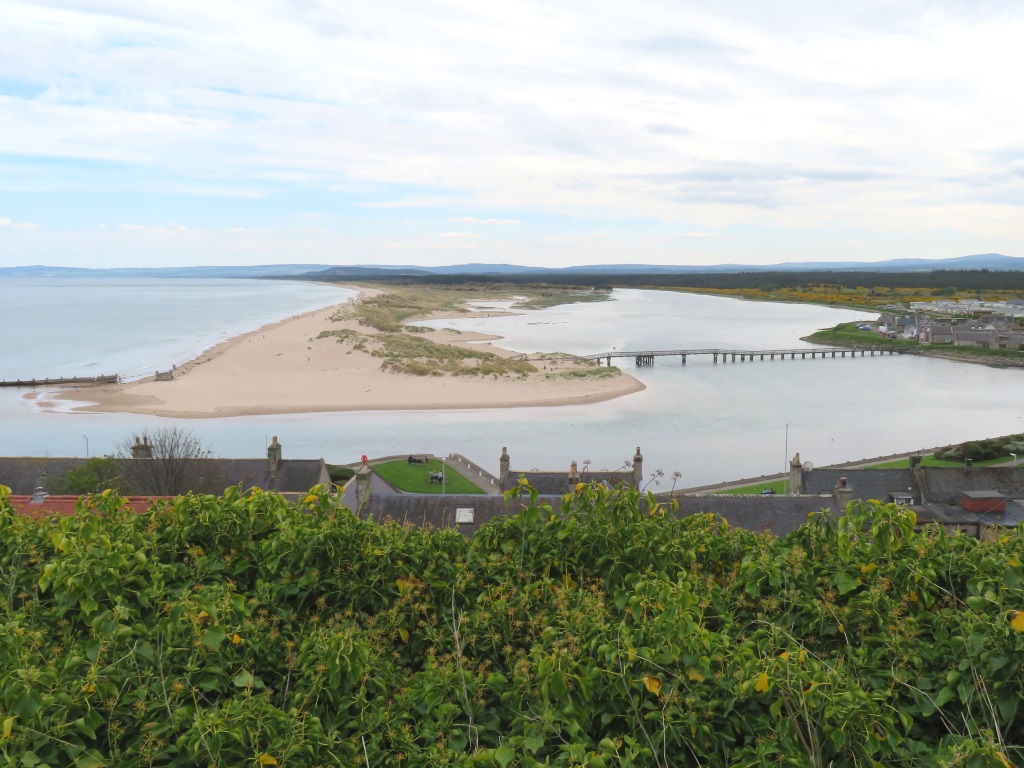 Hang on! Is that an offshore, spit beach linked by bridge to the settlement of Seatown? It would certainly seem so and it looks like it needs a right good looking at.

The former Regal, Art Deco cinema next to James Square wouldn't appear for another 100 years and it served a stint as a family-run, furniture company prior to converting to a Co-op™. 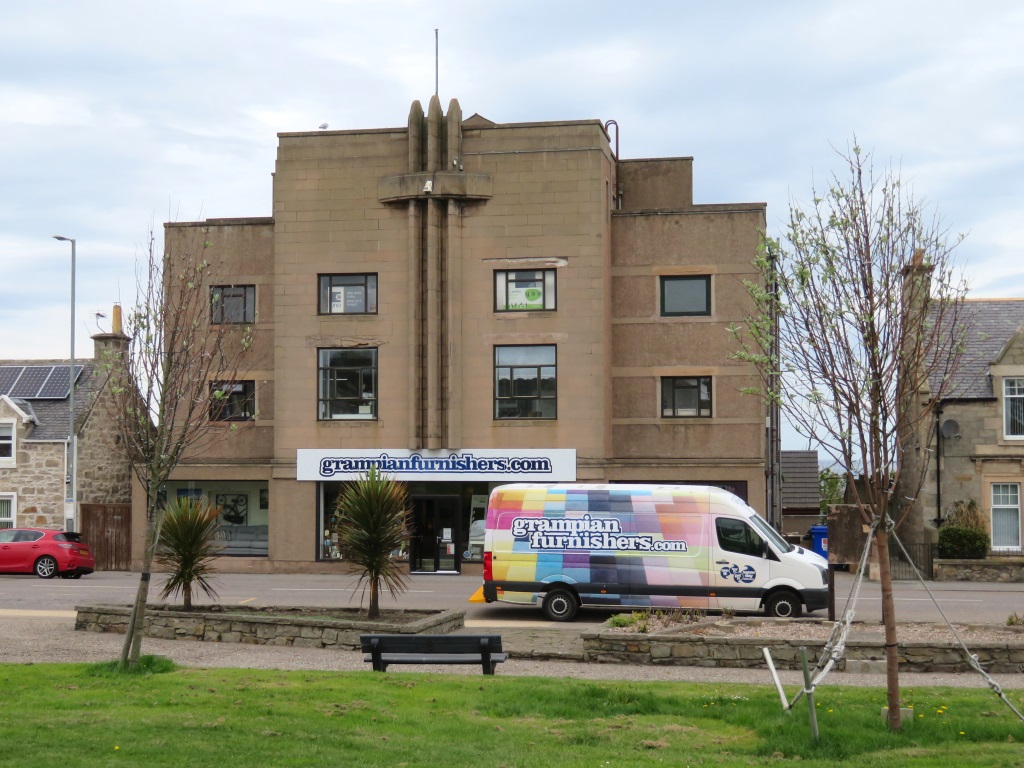 Although Lossiemouth is more associated with the fishing industry, it's not thought that the last film to be shown here was  The Codfather.

The traditional, stone cottages in Seatown are where the early fisherfolk settled but they'd soon find themselves isolated. 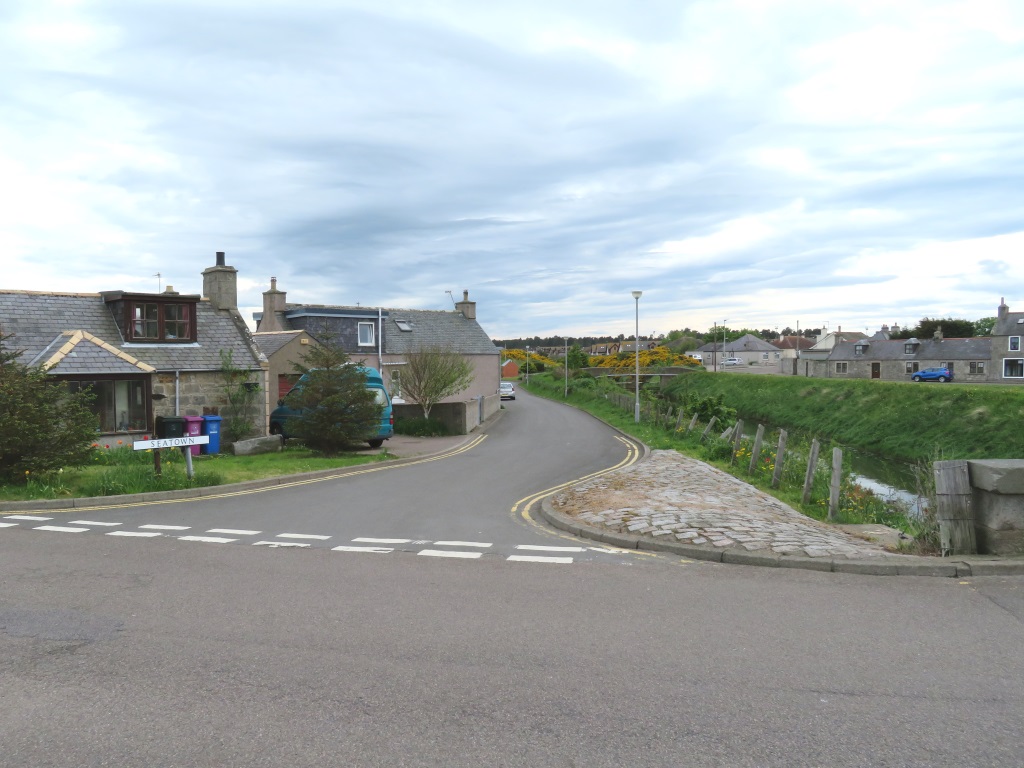 Cut off by a canal and, while it's hardly the Panama, it's needed to drain the occasional swamp to the south. Tidal surges had diverted the River Lossie so that it no longer handled the overflow but who could have cut all this you ask?

Of course it was Thomas Telford! Who else?

It's a sandy situation behind and the previously seen bridge is needed to access Lossiemouth's East Beach. 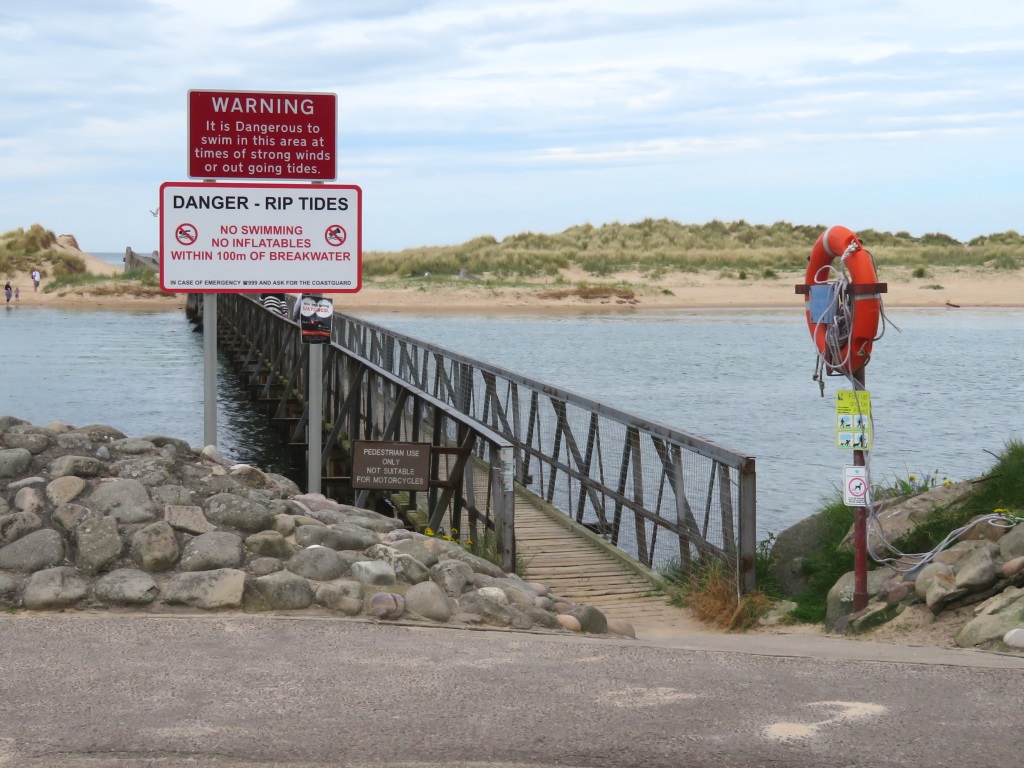 There's maybe a mile of dunes and sand before the pebbles kick in but head a mile west where a near-three-mile stretch of the golden stuff isn't quite so much of an obstacle even if it has been inexplicably overlooked today.

That looks to be Lossiemouth done, then, returning by what just about qualifies as a promenade and one last, lingering look at the River Lossie. 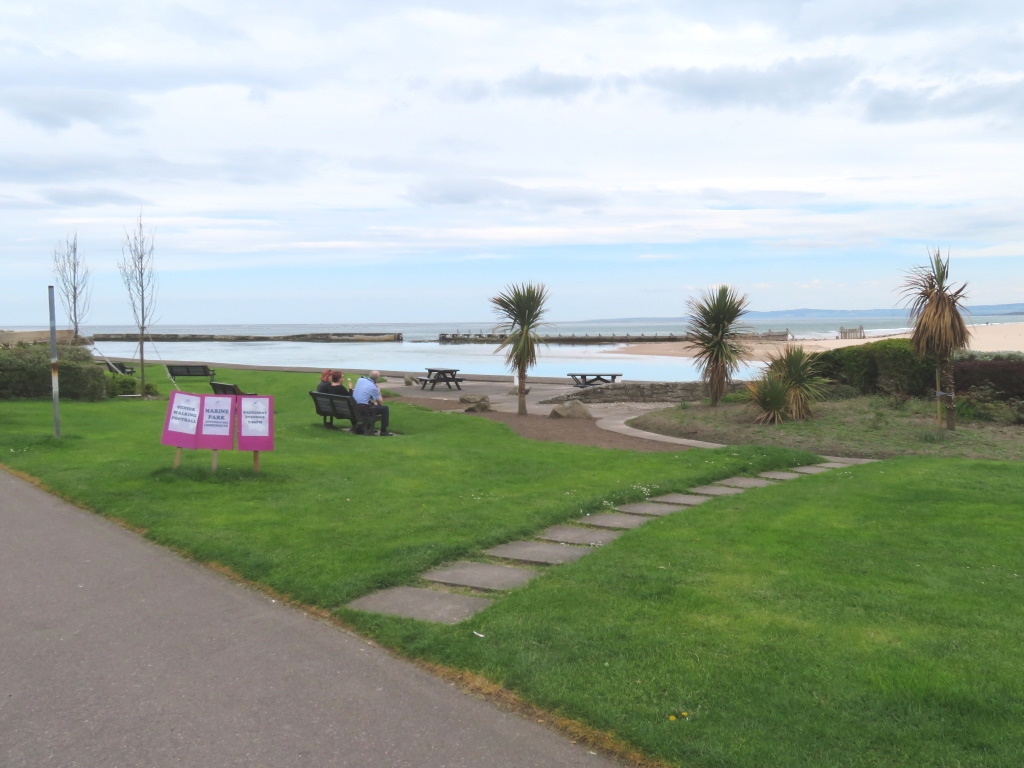 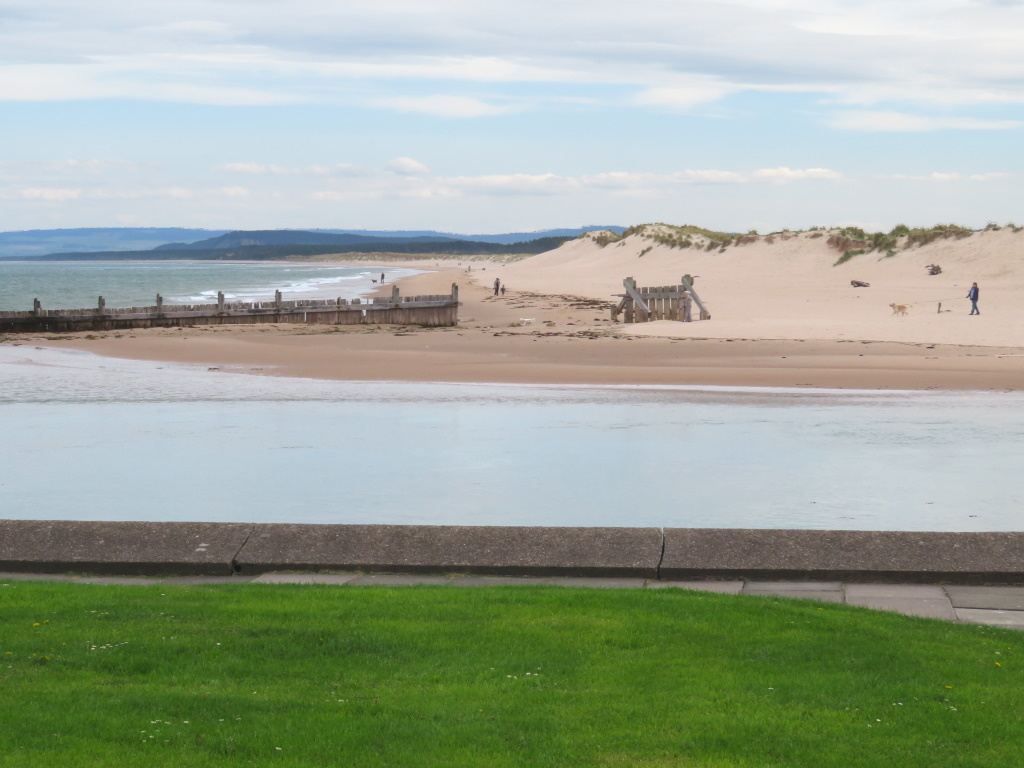 If an appetite has been worked up, you'll find a rather-random range of sustenance here. 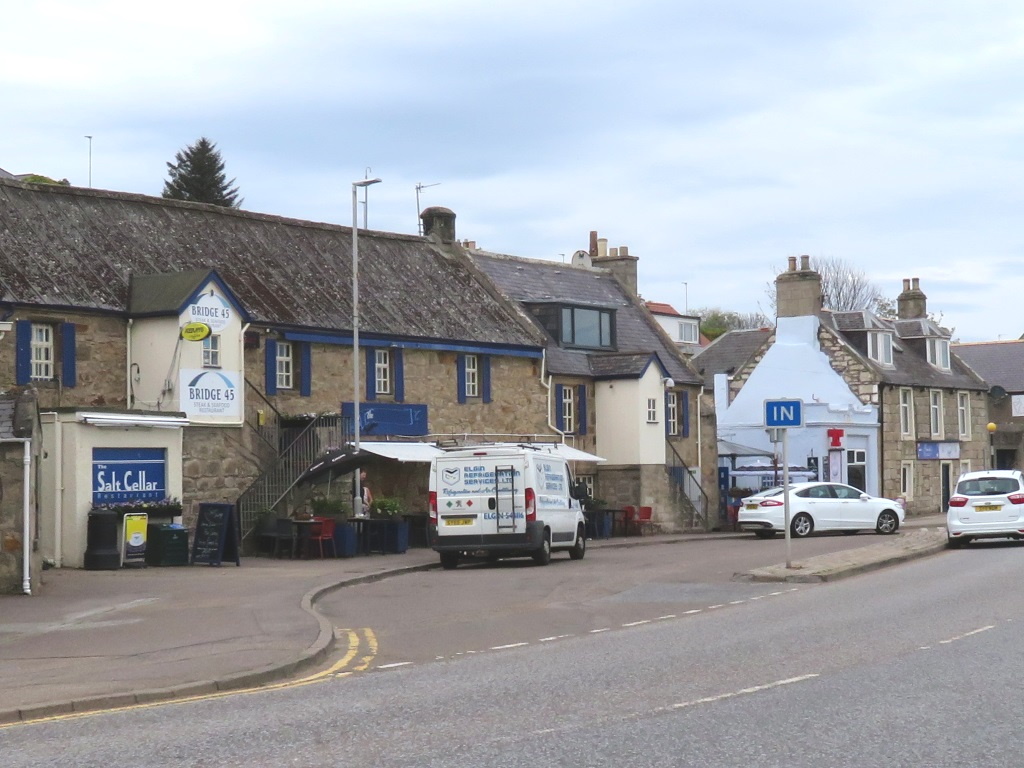 Italian 'tapas', pizza and ice cream or a cake or a steak or a hake all brought to you by a family-run operation in and around what was once the Lossie Inn.

Remember Stewart Imlach? You might want to pull up a chair...

The sports broadcaster Gary Imlach is best known for his often wry but knowledgeable coverage of cycling and American Football but not football. Strange that, since his father was a decent winger who played for Scotland and won the FA Cup with Nottingham Forest in the '50s.

When Stewart died in 2001, Imlach Jr realised he kind of knew about his dad's career but not really the reality of it. The below-average wages, the modest accommodation and no international caps to show despite playing at the 1958 World Cup.

It's not an entirely original perspective but My Father and Other Working Class Football Heroes won the 2005 William Hill™ Sports Book of the Year, no less. It's inevitably, slightly sentimental in places but definitely doesn't over romanticise and how can this be said?

Well, Bob not only went and read it but still remembers it nearly 15 years later and that doesn't happen too often, these days.

And that's the biggest plug this place has seen since the literal one that Thomas Telford pulled when he constructed that canal.