The name might be Old English but unlike its namesake to the south, this place is very much Scottish and just the 20-odd miles east of Edinburgh.

It's a big destination for birders with the Scottish Seabird Centre a clue. You'll need to pay for the interactive content and their boat trips that run to within splatting distance of the island nesting colonies but what's that big old lump in the background? Why that's North Berwick Law, of course, but more on that in a minute. 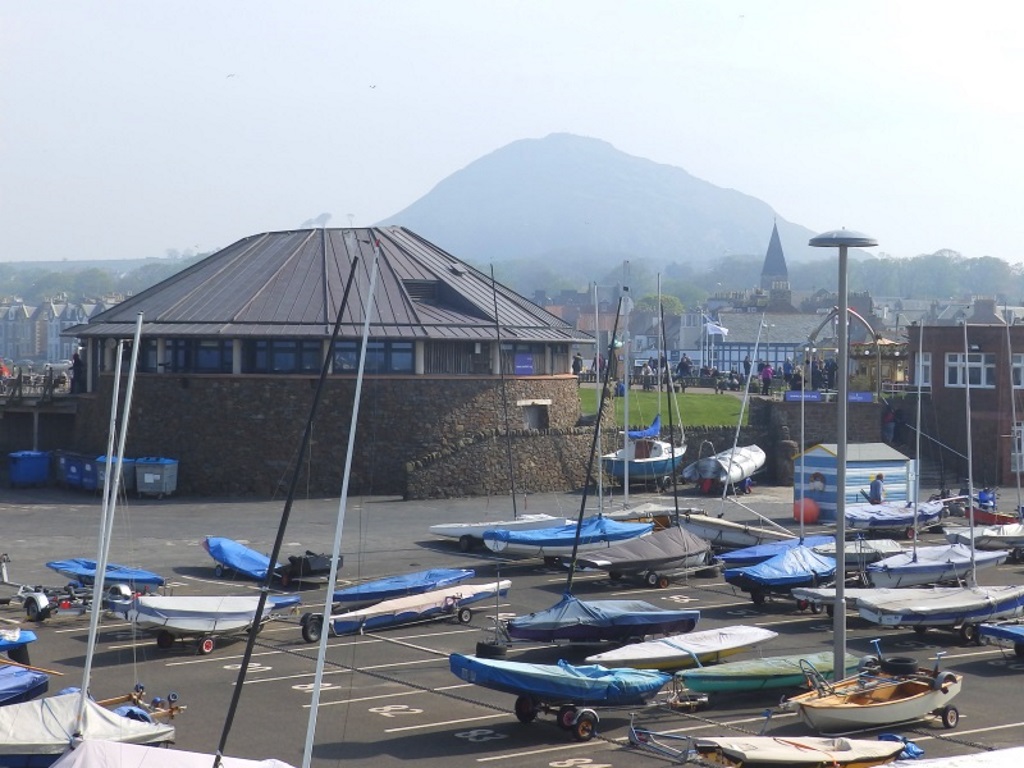 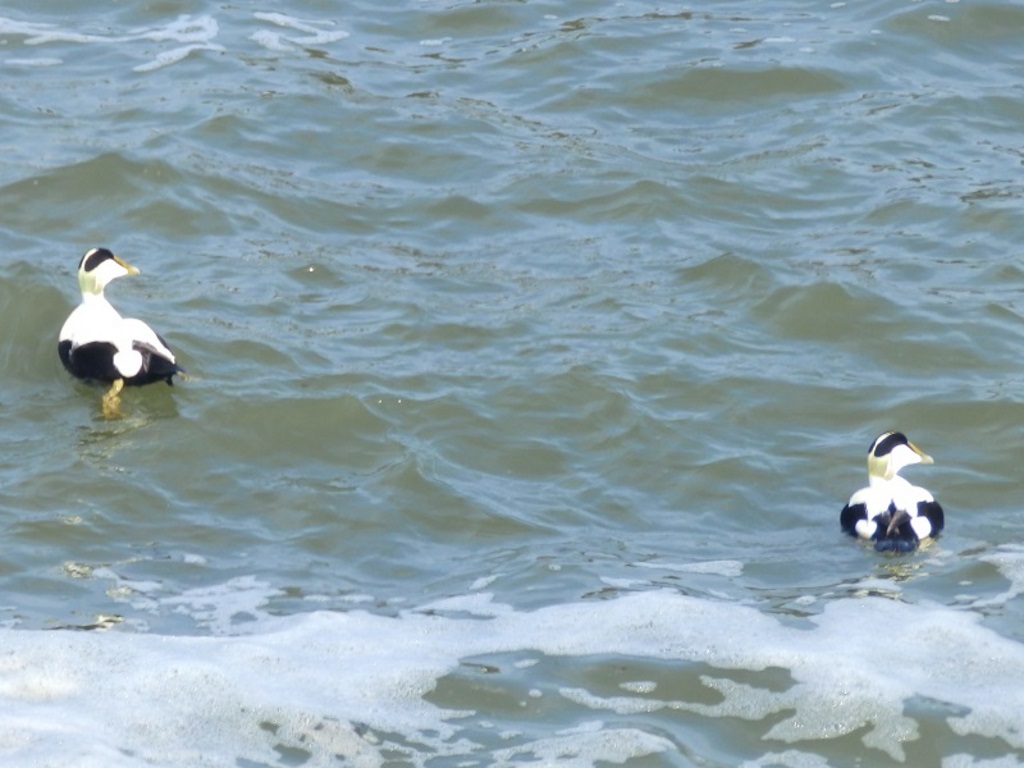 Just beyond the Seabird Centre is a rocky outcrop with some railings where you might see some of these. It was eider this or a cup of tea back in the centre that wasn't really wanted.

Fifteen minutes from town, the 'Marine' was built to accommodate those Victorians who'd started to visit by the end of the 19th century. It now largely accommodates golfers whose wives wait wistfully in the spa. Hole-in-one? It can't possibly be known. That reasonably priced, late-midweek booking saw SlyBob in room number 12.

This place hasn't exactly been given a wide berth in the past but it's a bit of a detour even if old fishing villages along this part of the coast have been found to be worth the effort[1]. The birders were known about but when did this place become so popular with the lesser-spotted day-tripper?

Only back in Victorian times, it would seem, when they flocked here to fashion a popular holiday resort due, in part no doubt, to a pair of serviceable beaches. 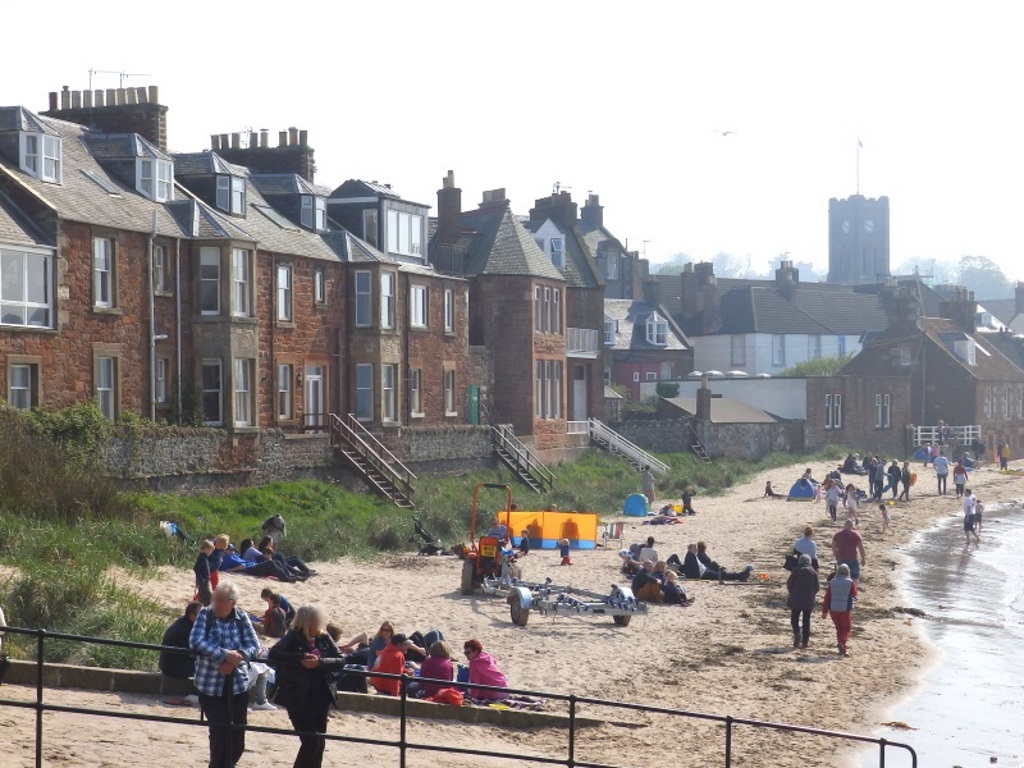 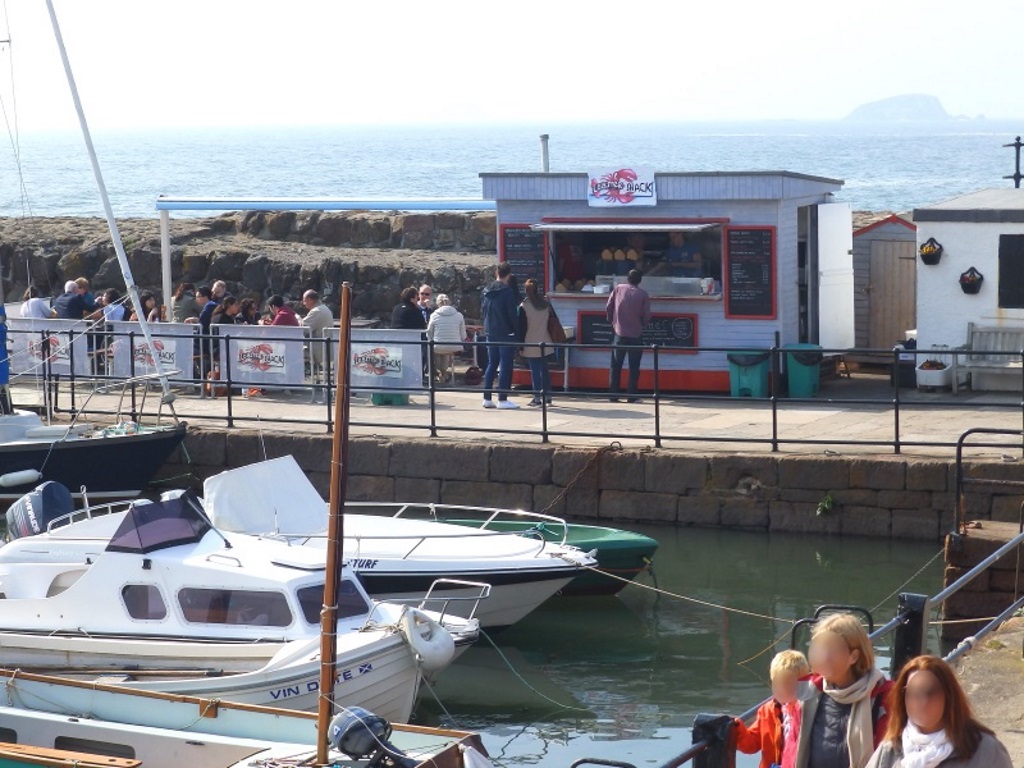 They're still flocking here today and there's a bit of a bustle down at the harbour. Fans of the aquatic arthropod need to get here early, though, it's a chips-only situation at the Lobster Shack, all of their shellfish sold out.

[1] Looking at you Dunbar, St Abbs and Eyemouth. 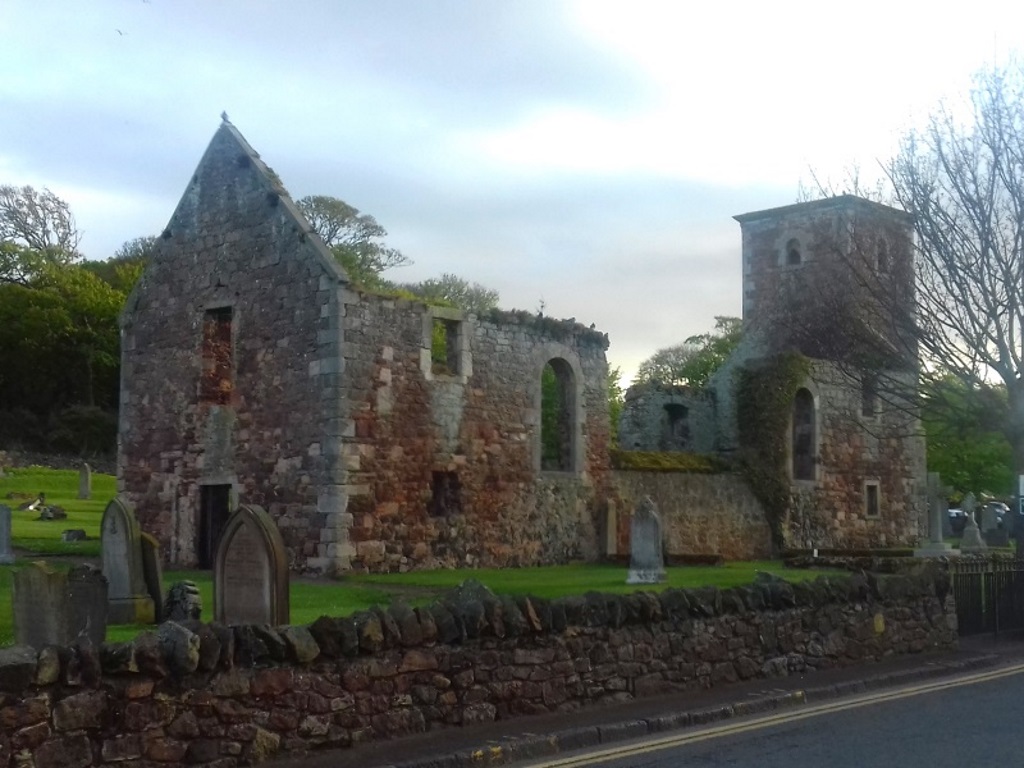 You'll find them opposite the ruins of Old St Andrew's Church that has links to a real Blackadder, John, some old 17th-century minister or other.

It's not just the day-trippers, this is home to people with second homes and its proximity to Edinburgh[1] makes this the most expensive seaside town in Scotland, property-wise. 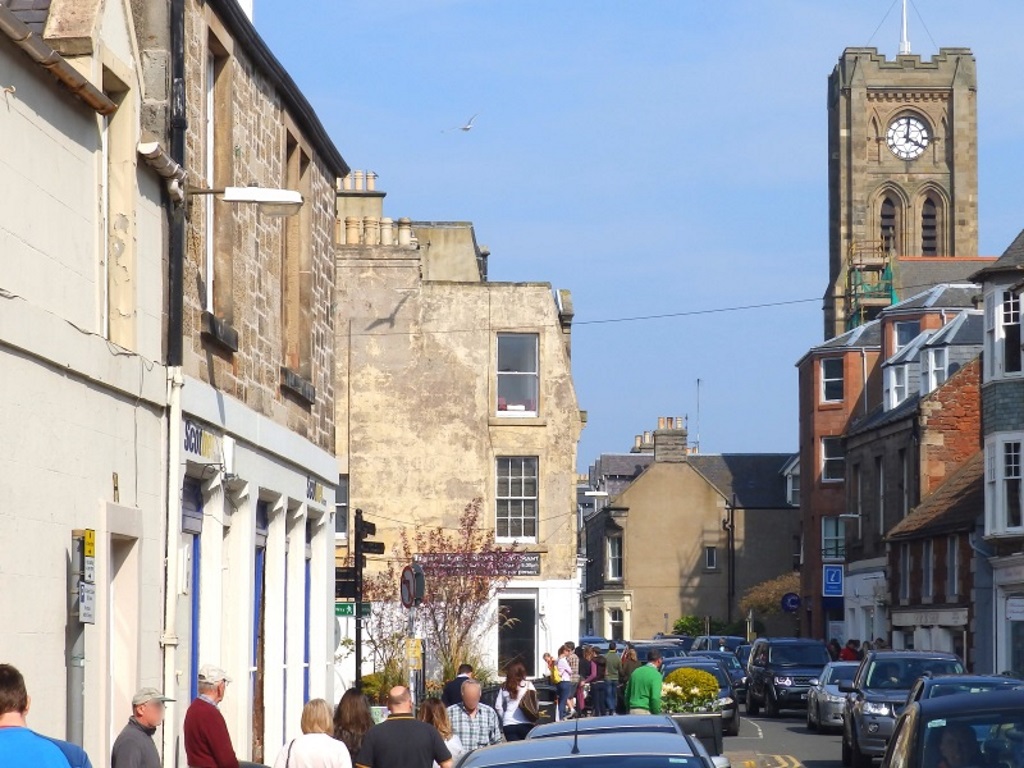 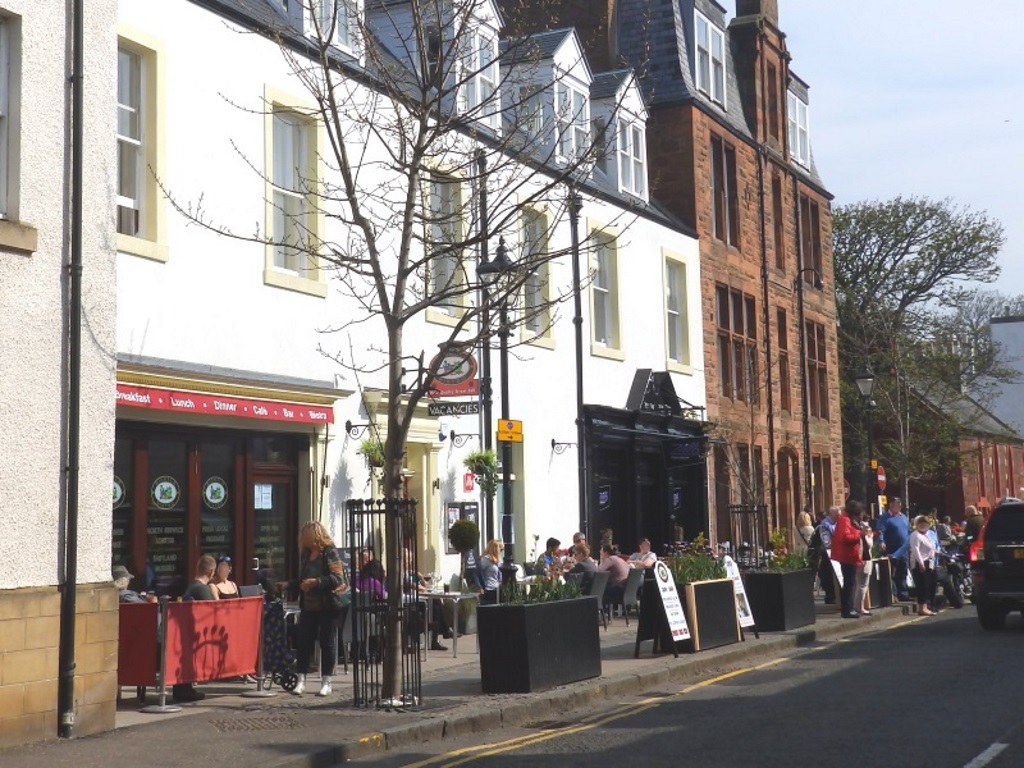 There's indeed a wealthy air with independents dominating the streets and they've even embraced al fresco dining for the three suitable days each year. With two golf courses in town and others nearby, well, it's thought you may have already made the 'birdie' connection yourself?

[1] Only half-an-hour every hour by train.

Slightly formal although not too stuffy but the 'Best Italian Resturant in Scotland'? Not all of them have been tried but two plates of antipasto, a pair of primo, similar secondi, a couple of contorno and a duet of dolce later had SlyBob convinced.

Highlights included the right-on-cue appearance of a pair of glasses of white, ordered for the fish an hour earlier. Oh! That and the fish, of course.

If you've not already had to park along here and halfway back to England, head east along Marine Parade. Right at the end and the car park at the top, there's a clifftop stroll with this unusual-looking natural harbour. 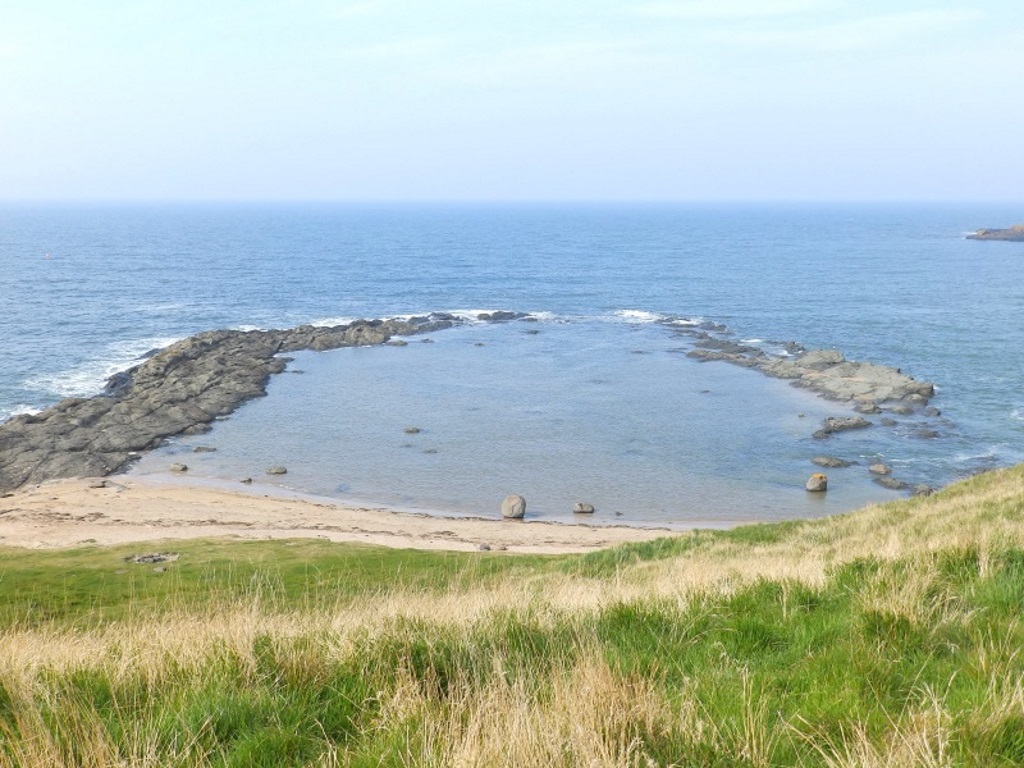 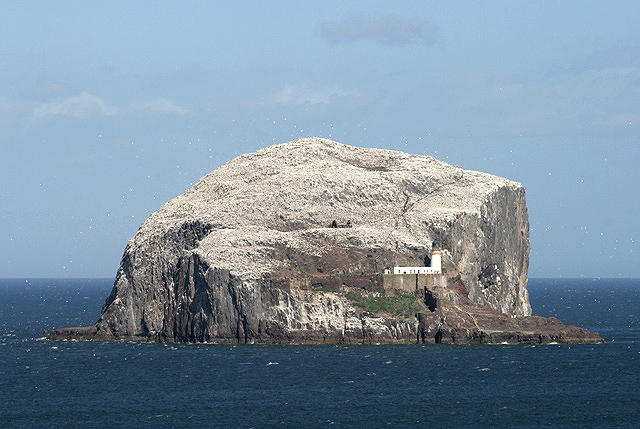 That glistening mass, just over a mile offshore, is Bass Rock, over 300 foot high and home to the world's largest colony of Northern gannets[1]. You can actually get on it with boats from the Seabird Centre providing exclusive access.

It's not really white neither, that's either a gannet or what was left by the gannet that's just gone and flown off for a fish supper. There's a natural pecking order in terms of the perching and on that boat, you're right at the bottom of it. It's thought you know what's being said in that you might want to bring a hat... Splat!

[1] Their scientific name Morus bassanus is actually taken from the rock and they used to be delicious, apparently.

Largely intact, 14th-century ruins all perched on a cliff and about three miles further east of here.

You know when you're heading home south on the A1 from Edinburgh and you spy that strange conical formation out of the window on the left? Where is that? Out to sea? Over the Firth of Forth in Fife?

Why it's only North Berwick Law, of course. It's what geological types call a Volcanic Plug and it's all part of the same fiery, underground system that's responsible for Bass Rock and Edinburgh's Arthur's Seat. 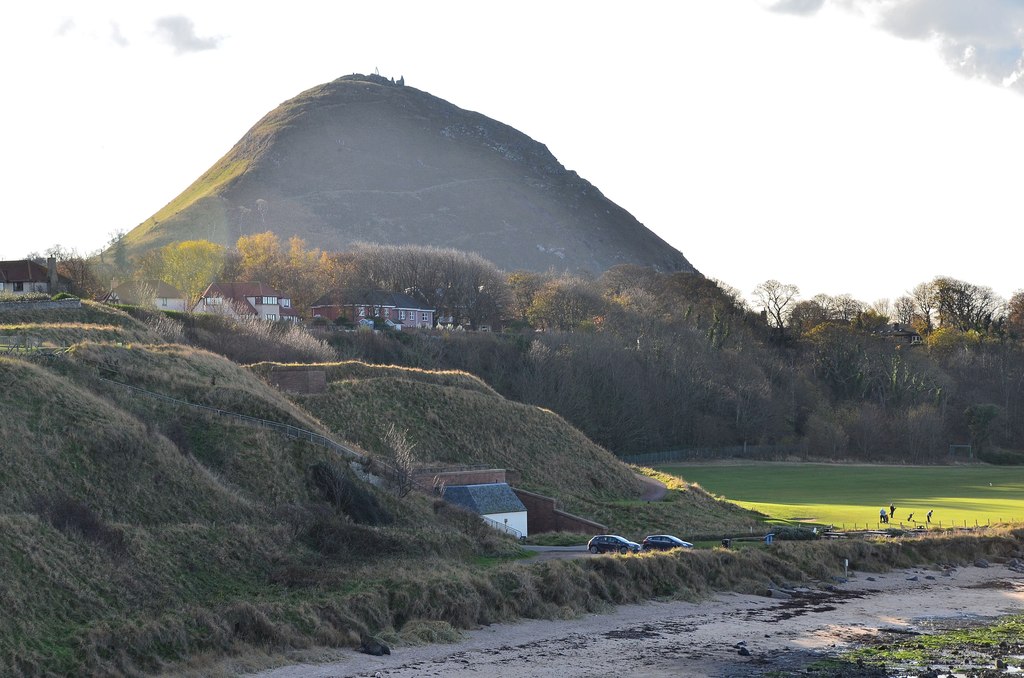 This sits just south of town and you'll pass it on your way in and on your way back out again. Just over 600 foot high, there's a zig-zag path up it and some mysterious looking doings on top.

That's for another day and a good reason to return, now that this place is known to be well worth taking that detour for.