More time than expected has just been spent on the M25 so the suspected facilities at the late-sighted Sainsbury™s should solve an increasingly desperate situation. 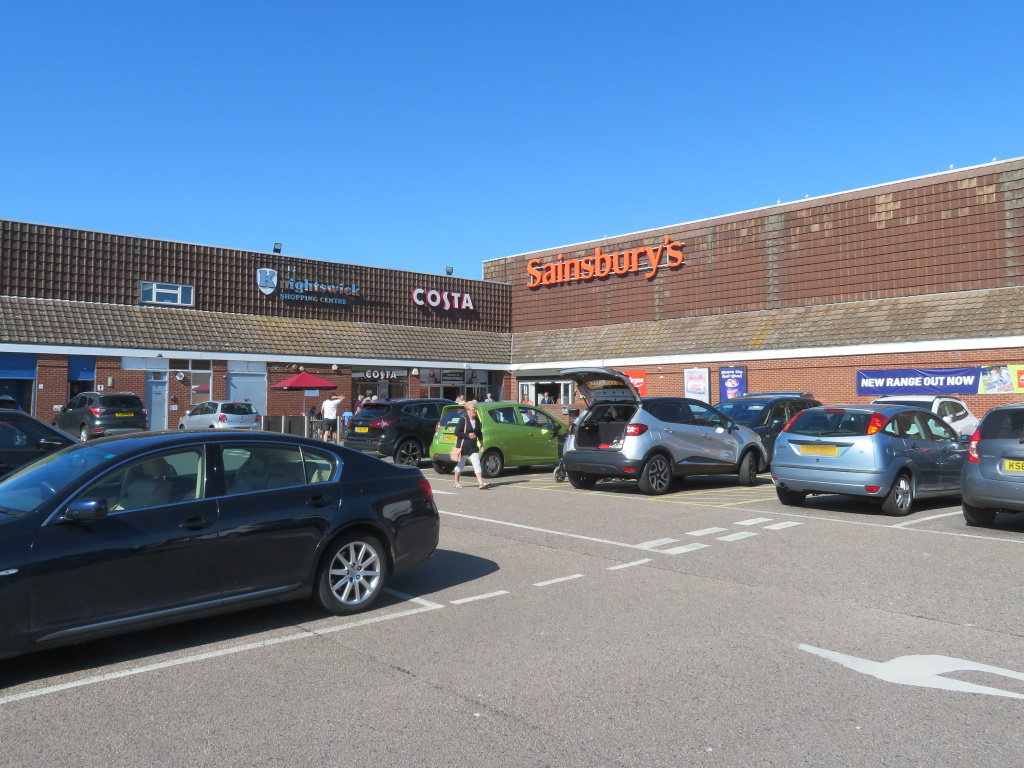 Apologies, then, to the driver of the black cab[1] who was carelessly cut up on Canvey's slightly loopy one-way system but it's a relief for all to finally be able to ask just exactly where is this?

You're conveyed to Canvey Island by bridge so the idea of an island is clear but just where exactly is this?

[1] They're famous for their turning circle but they haven't half got a heck of a honk on them as well.

It's familiar and fairly standard fayre so far but the low-key low-rises make for good value in the caffs. 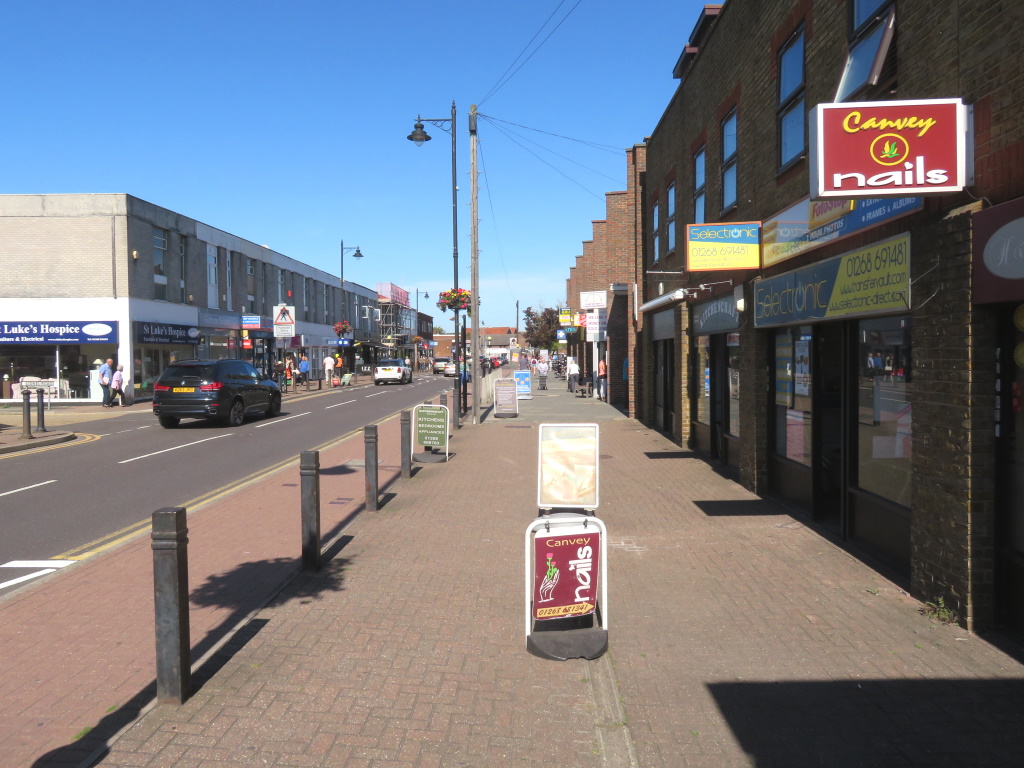 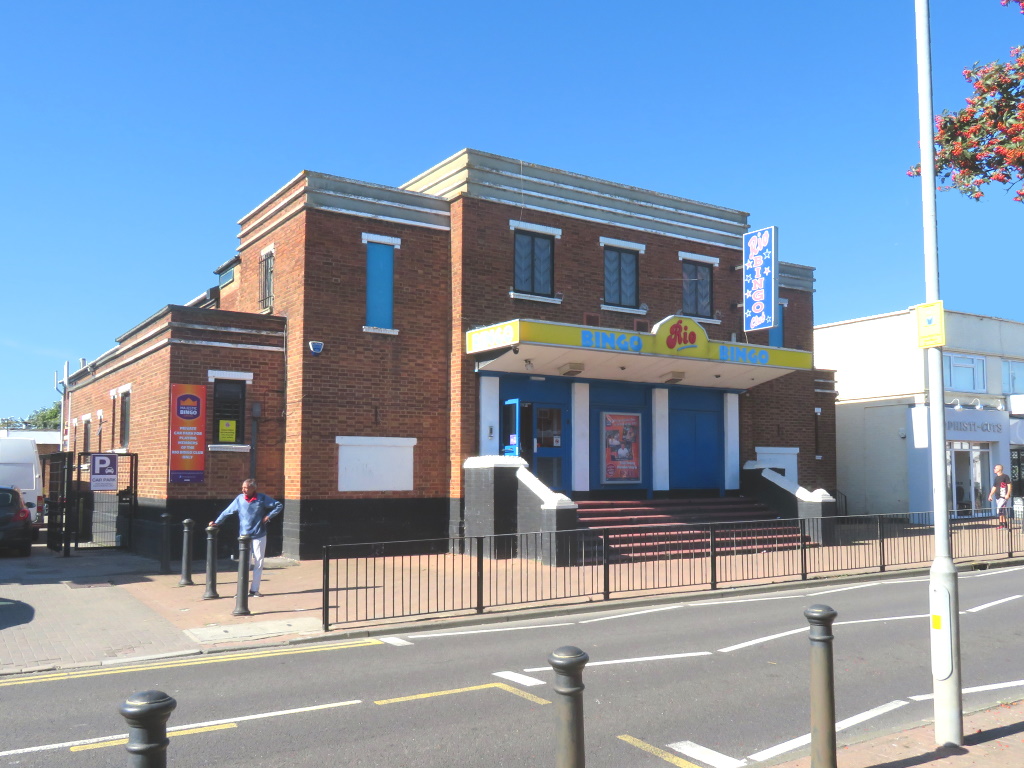 This reclaimed land was farmed for sheep from the 5th century but the town, itself, is noticeably new and that'll be 20th-century-new, Bingo Hall and all.

The Victorians had already started to visit but Canvey didn't expand until the 1910s, promoted as a healthier, seaside alternative to Southend for those from the East End, of London, of course.

Less than half-a-mile south and, once more, the fleshpots are familiar with a mini funfair, not shown, and several options to source some amusement. 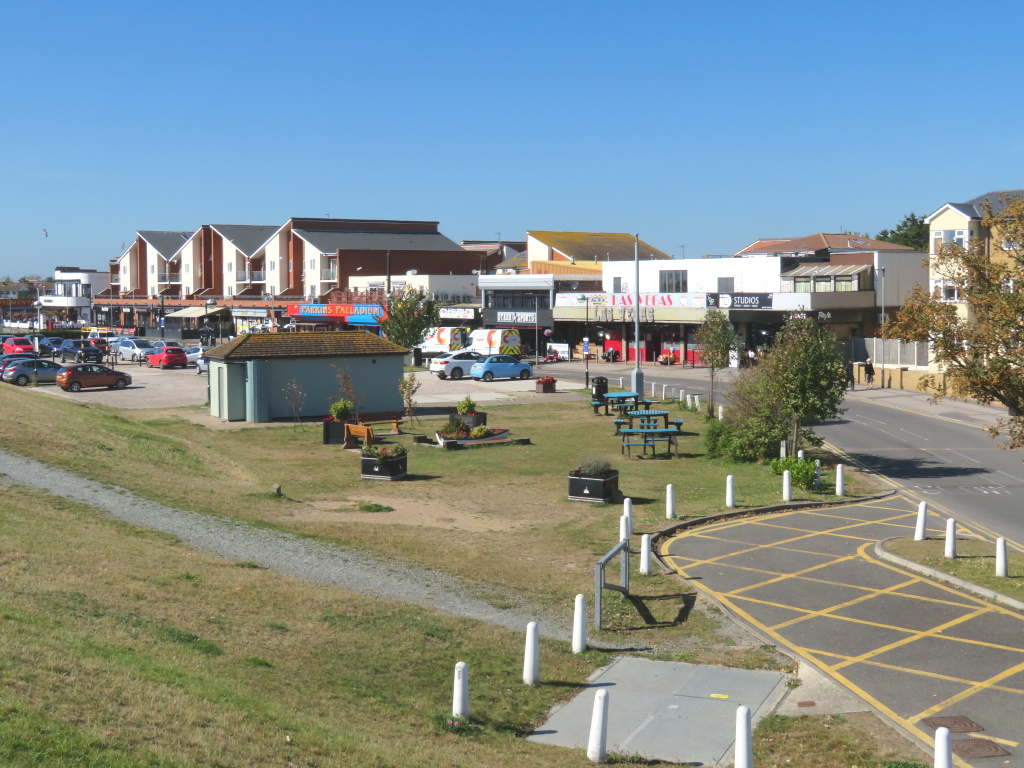 Western and Eastern Esplanades are a clue but where is all the sand that was sold to those Edwardians?

Why, it's only behind a big, grassy bank that in turn masks an ugly, yet necessary, concrete sea wall.

Well, you wouldn't want to see 58 islanders to suffer death by drowning, would you? Again?

The North Sea flood of 1953 was just that, a perfect storm that claimed nearly 2,000 lives, largely in the low-lying Netherlands.

The East Coast of the UK didn't escape, however, and Skegness saw nearly two miles of swollen seawater behind it. Canvey's north shore was worst affected and all this led to the now 15-mile defensive bank that surrounds the entire 'island', nearly. 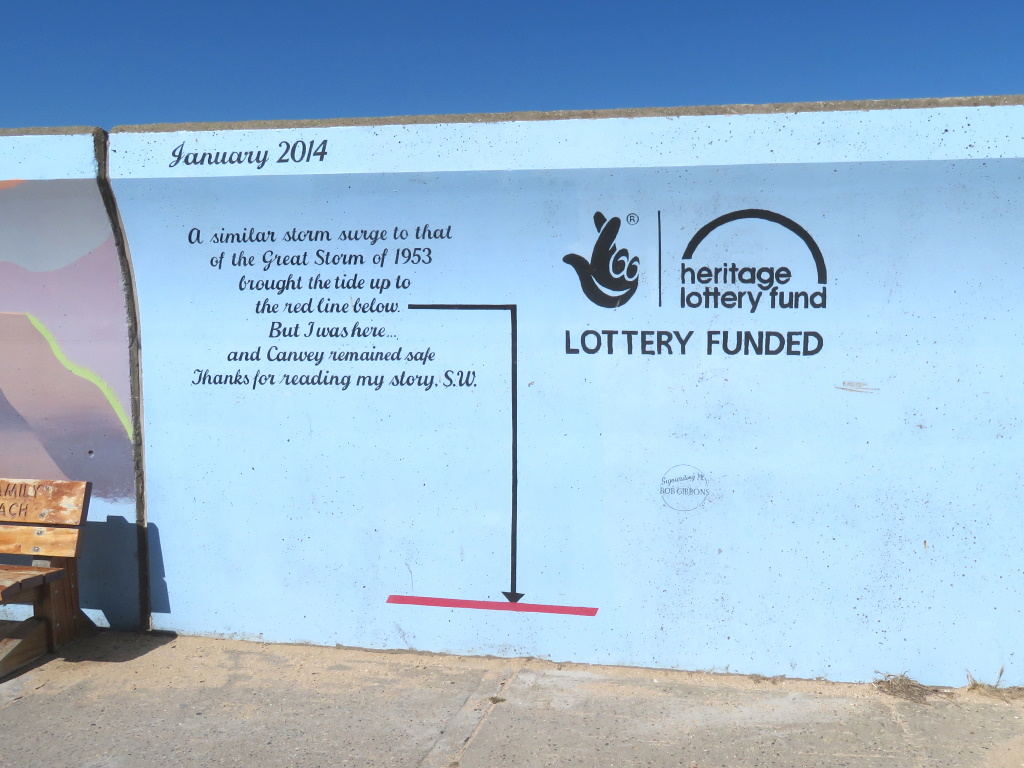 There's a level reminder on the sea wall of a similar situation in 2014 and they look to have left enough wiggle room for even the worst-case scenario.

As ugly, yet necessary, concrete promenades go this one ain't bad and, finally, there's access to the sea should you want to get the old feet wet only to have to annoyingly wipe them dry of sand, remember that? 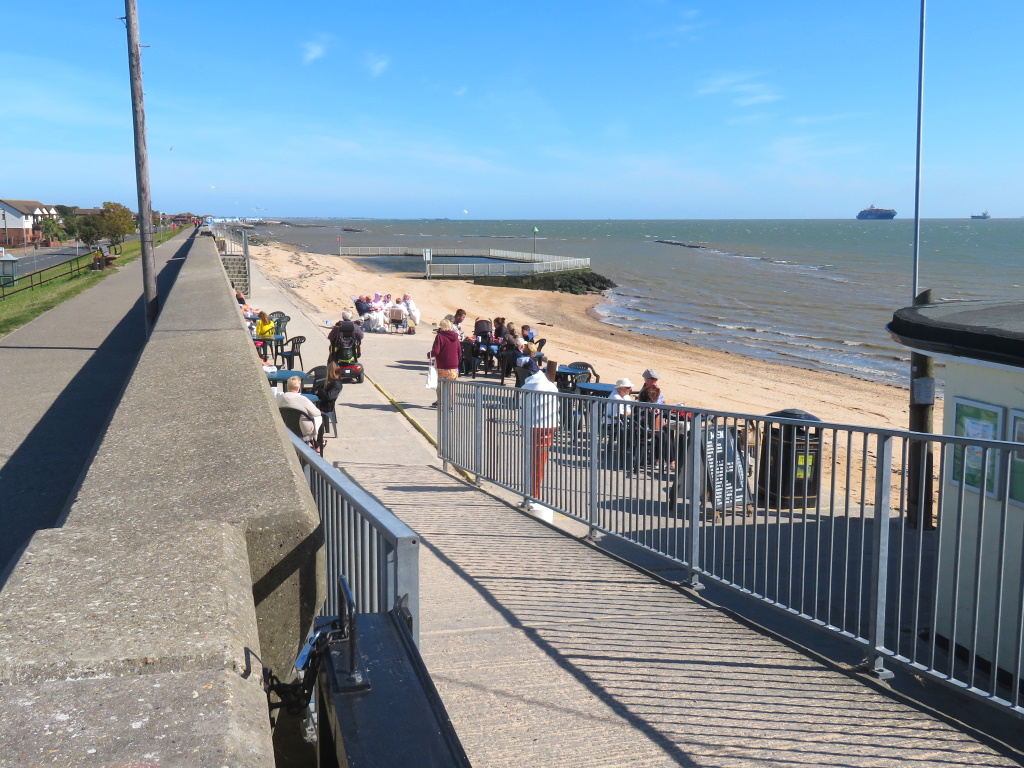 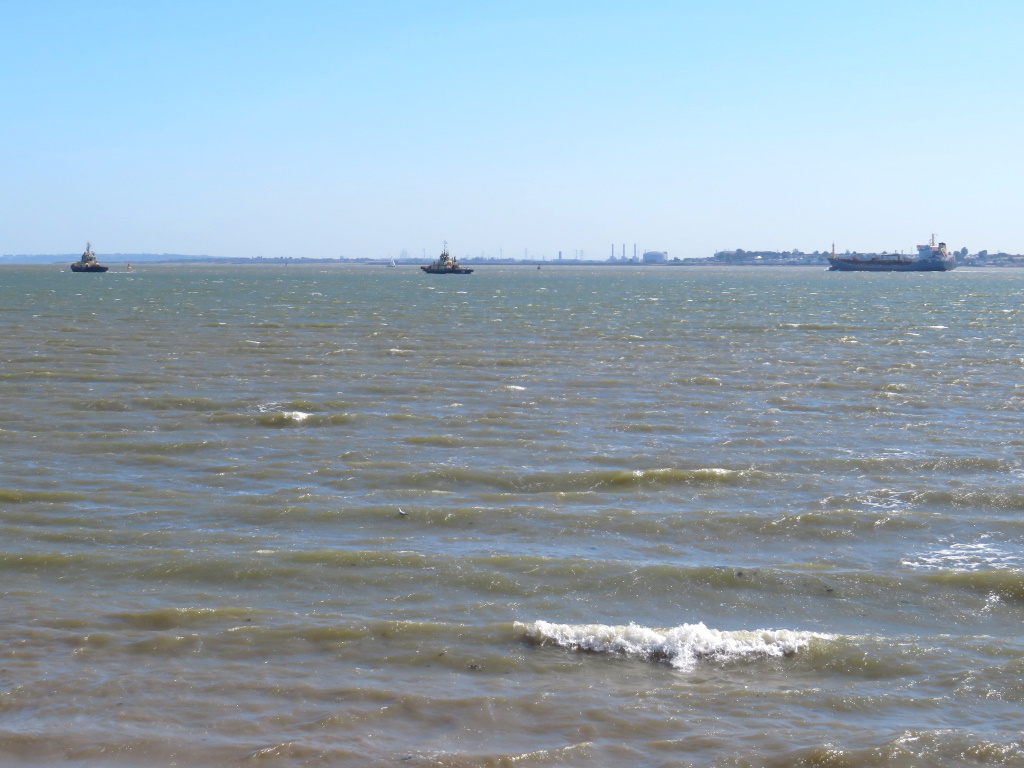 When it's said 'sea', this is technically the tidal River Thames, with Kent on the horizon, and you'll likely be sharing it all with a busy shipping channel.

There's a 'proper' small beach in a bay back the other way and for the less-adventurous paddler, it looks like there could be some crabbing to be done after high tide. 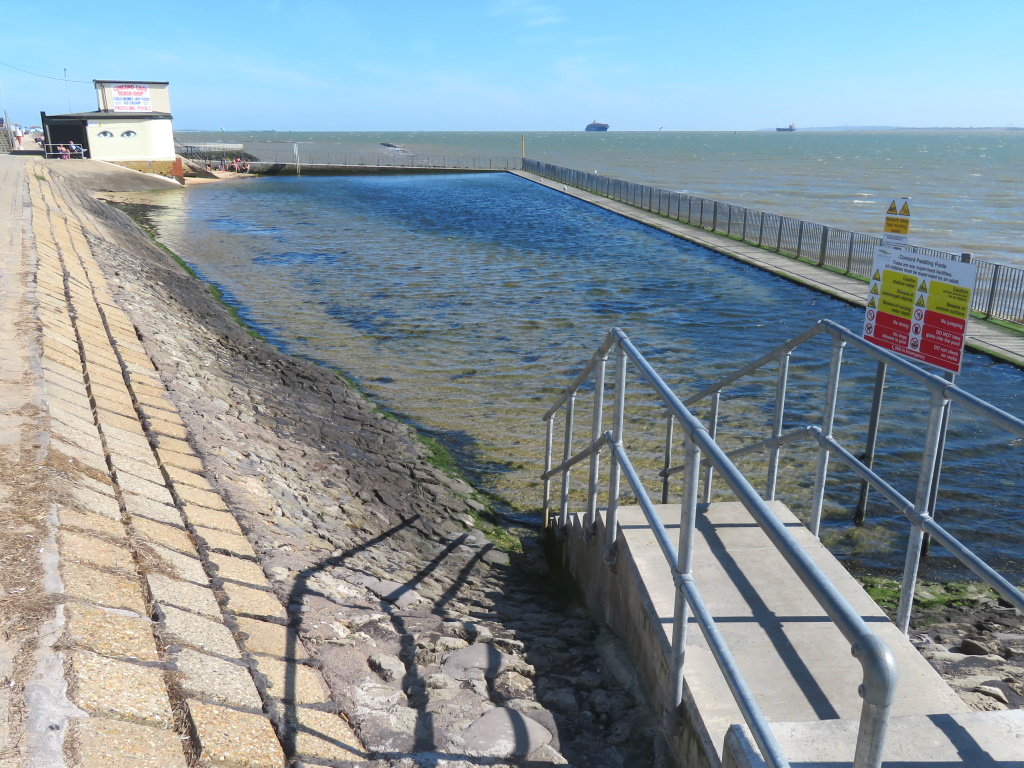 This likely dates from the heyday of the '30s when Eastern Esplanade exploded even if they didn't have the budget for an increasingly popular, era lido.

Is it lee-doh or lie-doh? Never quite sure but, either way, just call it an outdoor pool man!

The development during the '30s saw the architectural trends of the time incorporated into Canvey including the Art Deco-inspired Canvey Island Café, later labelled the 'Labworth'. 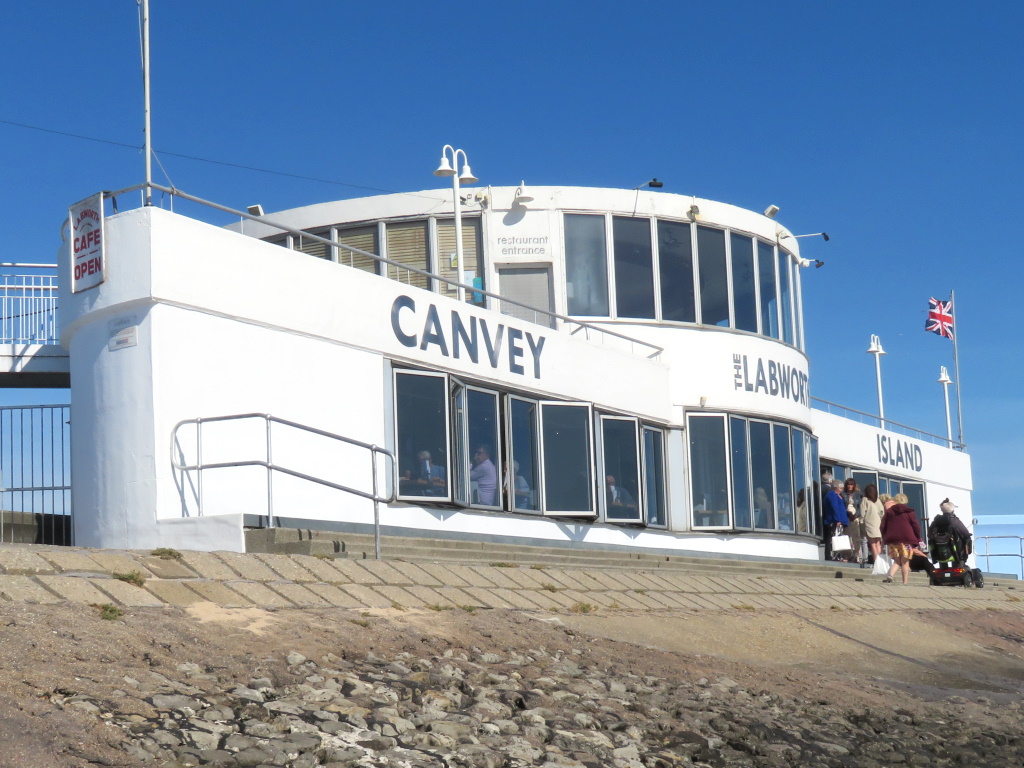 Designed to resemble the bridge of a ship, it survived 1953 and then near demolition in the '90s to reopen as a café-restaurant combo with bistro-style dining upstairs in the evening, they say, these days.

As ugly, yet necessary, concrete promenades go, this one ain't bad with plenty of eye-catching artwork daubing most of the wall. Pubs are particularly well represented, the Red Cow saw the floodwaters lapping at the door in 1953 and was subsequently, and uproariously, renamed the King Canute. 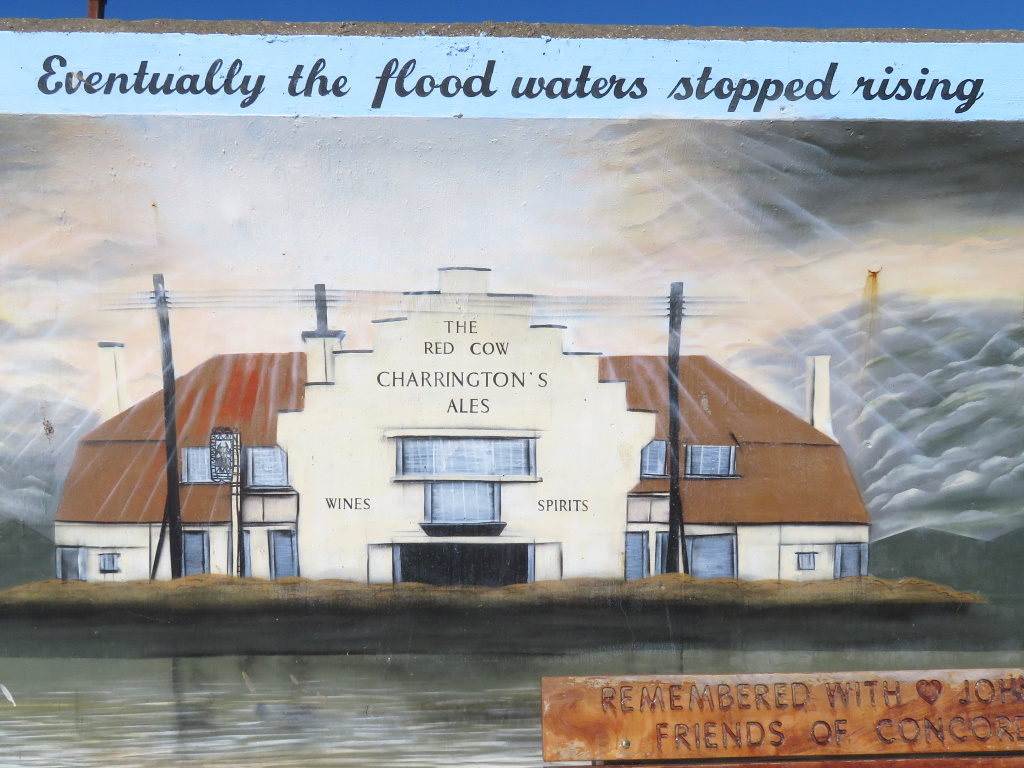 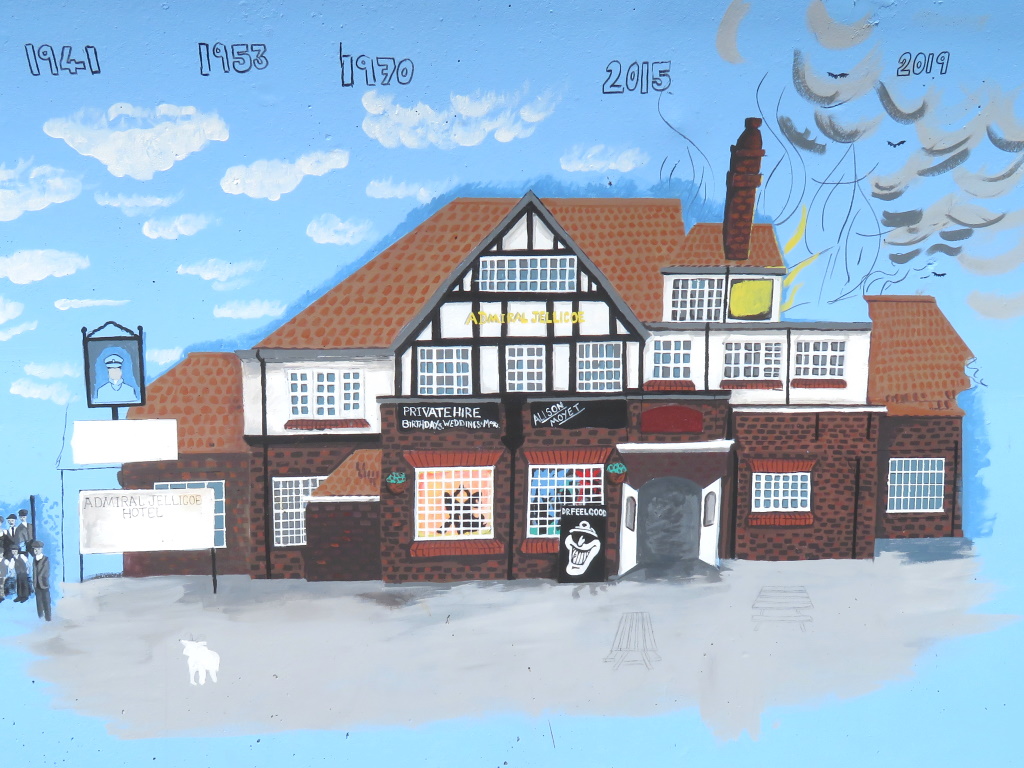 It's a Co-op™ now and the Admiral Jellicoe is no more, neither, following a, taps nose, fire in 2019 following a council decision for the developer to desist with the demolition.

With the sun out highlighting the hues of the imaginative illustrations, there's quite a feelgood factor and that, if you hadn't realised, is quite possibly the clumsiest segway, ever! 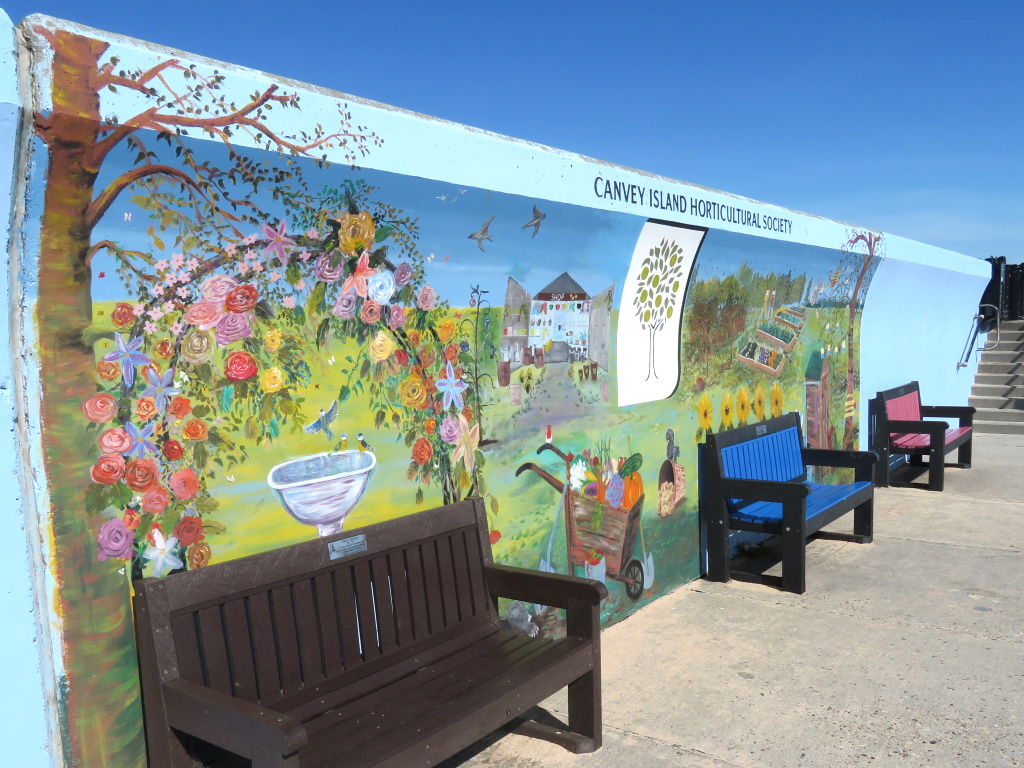 Canvey features heavily on their artwork, including the Jellicoe and the Labworth and despite Brilleaux's tragically untimely death in 1984, and Wilko's departure before that, the band still performed, with none of the original members, on Canvey for an annual fundraising event.

Their best-known hit, probably,  Milk and Alcohol recounts the musician Nick Lowe's arrest for drink driving in the US having underestimated the strength of the creamy cocktails he'd been consuming one night.

Drink driving? It's a bit early for that but there's a complaint of careless driving possibly being called-in to the Canvey PD, right now.

Once again, apologies to the driver of that black cab.

Oil storage facilities are as much of Canvey's identity as the caravan parks.  Oil City Confidential, Julien Temple's 2019 Dr Feelgood retrospective rockumentary even gives them a namecheck and, just like Saltholme on Teesside, the RSPB™ thought it as good a place as any for a reserve.

They also co-manage the land, just south, at Canvey Wick, an area that contains "More biodiversity per square foot than any other site in the UK.", no less.

Not surprisingly, that's a Site of Special Scientific Interest and, as should be known by now, they don't hand them awards out willy-nilly even if you don't think that lichen really counts.