On the scenic A4117, 'Clib-bree' is one of Shropshire's smaller towns. The crooked spire of St Mary's Church is an attraction and millions flock here each year only to be disappointed to find they're not in Chesterfield. 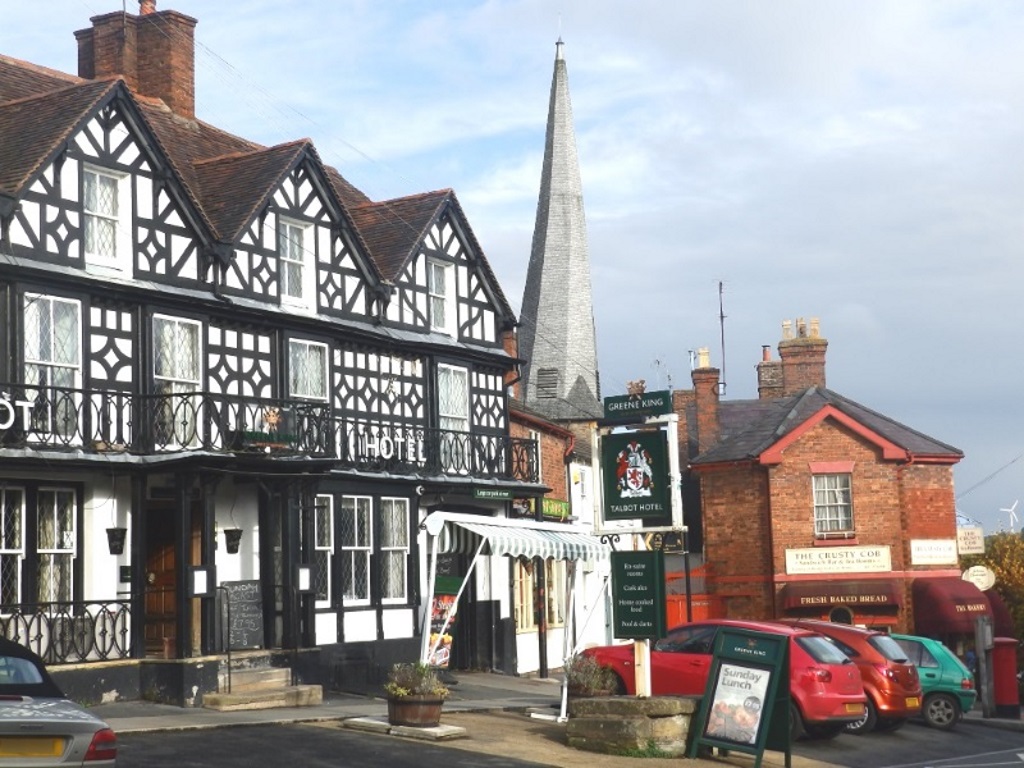 The church dates back to the 14th century and was founded by some old Mortimer or other and yes, the same one that named that toon.

It was awarded the accolade of the 'Cleanest Town in Britain', or something, in 2010 so you're definitely not in Chesterfield and a quick up and down of the high street suggests standards haven't slipped that much.

They like their beer and curry here and on today's count, six pubs and three tandooris including one that used to be a pub all serving a modest population.

Now, the reason's not really known so perhaps it's the relative elevation or a meteorological anomaly due to the nearby Clee Hills but...

It can get quite 'windy' here.

It used to be a pub and now it's an Indian & Bangladeshi restaurant. Doing a brisk trade at 5 PM on a Sunday must be a good sign, surely?