Stirling is described as 'Edinburgh in miniature' or at least it was thought to have been. Seems that's been mixed up with the Isle of Arran but VisitScotland™ can still have that for free.

Just like Auld Reekie, the castle on top dominates and the Georgian[1] architecture, with bits of the baroque, is certainly familiar but that's where the similarities end. 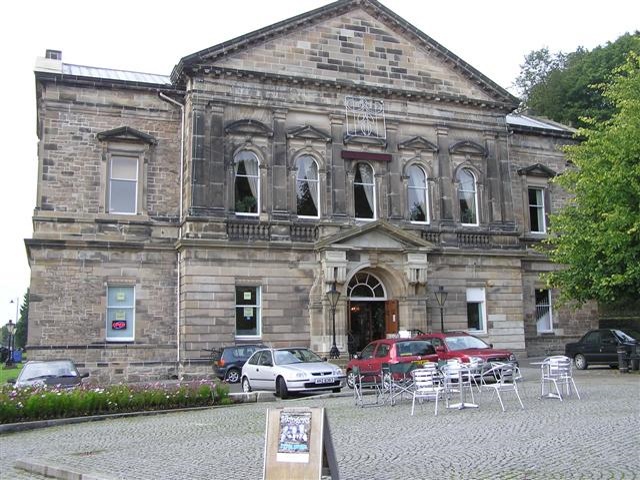 Not unless the Edinburgh you're familiar with is the one from  Trainspotting although that's slightly unfair since impressions may have been clouded. Clouded by casualties.

Robert the Bruce greets at the castle entrance and he was instrumental in inflicting English casualties at the Battle of Bannockburn. The year 1314 if your History's a bit rusty and the site sits just a little way south. 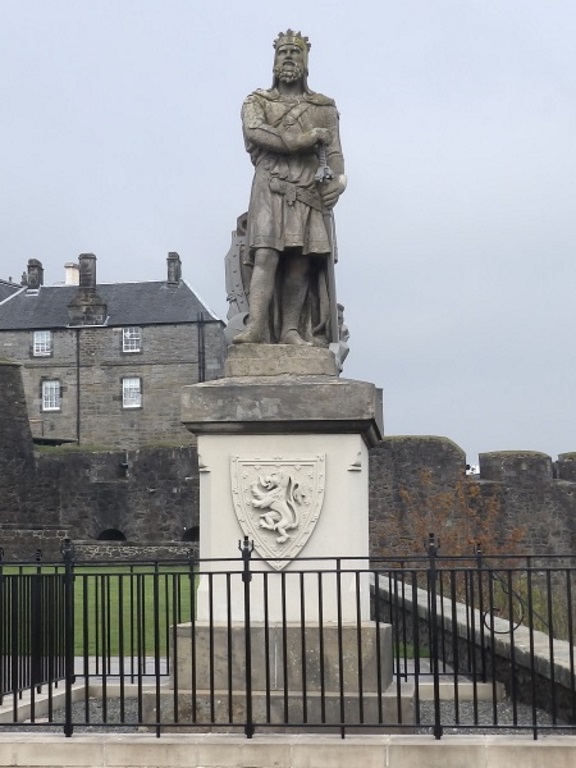 There were some Scottish casualties last night, casualties of a different kind of war, a whisky war!

Two rival tasting tastings in town and the clue should have been the two men riding the hotel luggage trolley[1] on check-in at 5 PM. 'Security' had to administer some X-crossed white tape to the floor to ceiling glass... 'Someain else has walked intae th' windae.'

Asking for directions outside later, some stranger looked fine from a distance but it turns out he wasn't just drunk, he was whisky drunk and that's a very different[2] kind of drunk. The Scottish dialect has many words for it, as the Inuits have for snow, and this fella could best be described as stocious.

[1] You know the ones, like big birdcages on wheels.
[2] Not fighting or 'you're my best pal' drunk, more of a zombie-like determination to complete a fixated task e.g. get yerself haem.

There's more historic monumentation as you look north-east with a fine view of the National Wallace Monument or there normally would be if this wasn't one of the haziest days these parts have seen for a while. 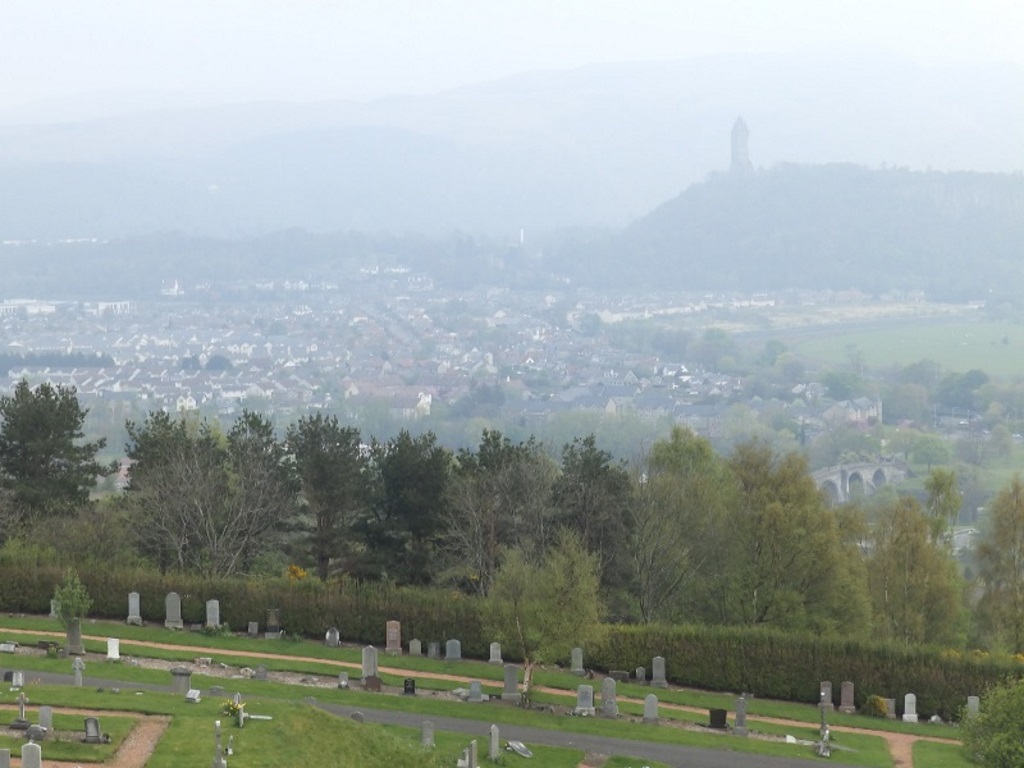 Just down there is Stirling Bridge where  Mel, sorry, William Wallace lifted his kilt in 1297 seeing off the Sassenachs although they'd win the second leg at Falkirk some six months later.

All this hoo-hah would lead to Wallace's grisly disembowelling and ultimately to Bannockburn. It's realised there's a bit of glossing over some serious Scottish history here but hey, SlyBob's on your side today.

As a pair of plastic Scots and depending on which side of the border it is, it's either us or them still banging on about it.

As for the castle? Well, surprisingly interesting for this History flunker. It's mostly late 15th to early 17th century replacing parts that were hundreds of years older. It was home to a succession of Stewart monarchs until England and Scotland shook hands when its use became primarily military. 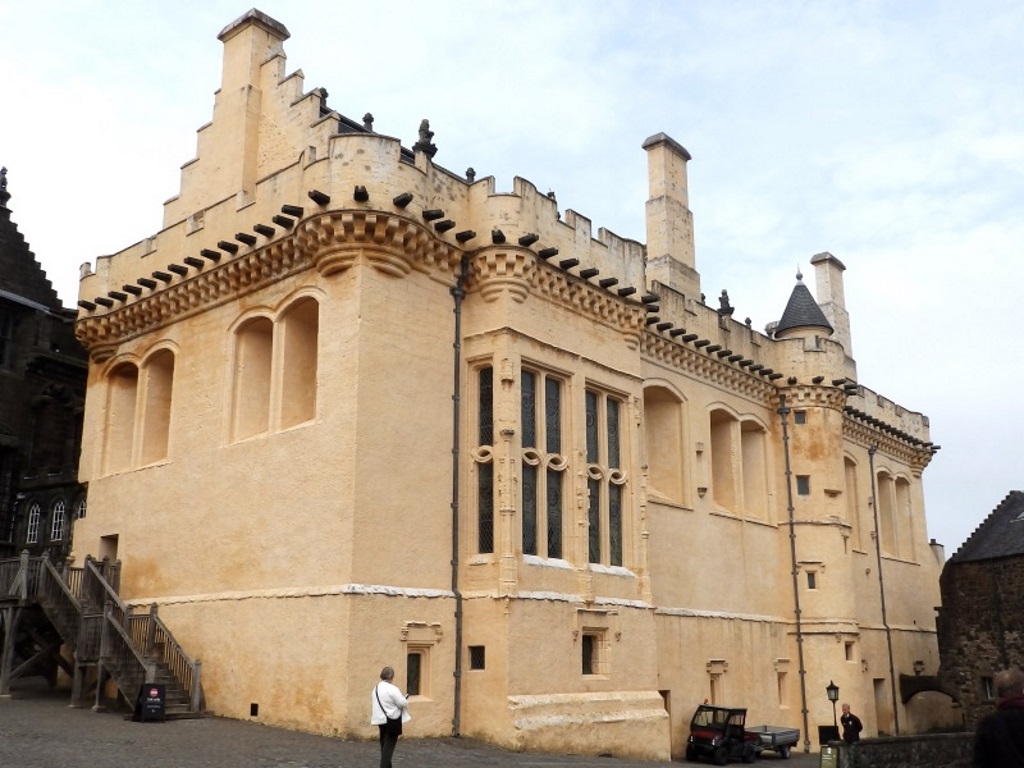 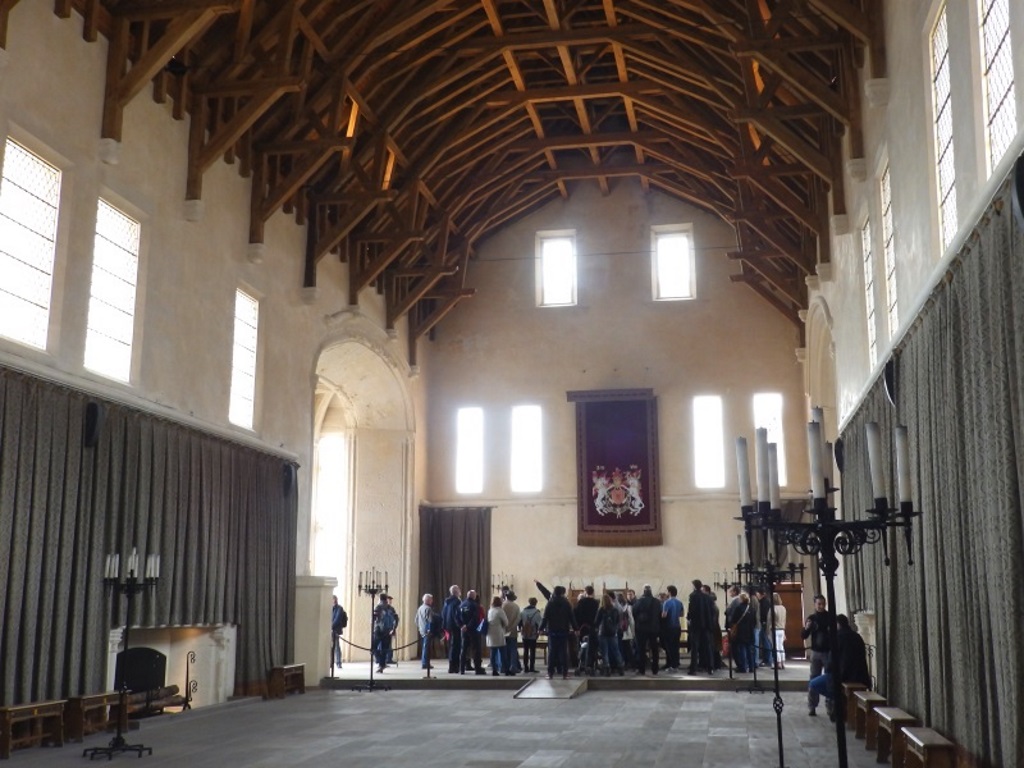 There's an ongoing restoration and the Great Hall has been done, inside and out. Built for the banqueting, this is the largest of its kind ever built in Scotland, no less.

The Renaissance-style Royal Palace is where the Stewarts would've got their heads down and is home to the Stirling Heads. 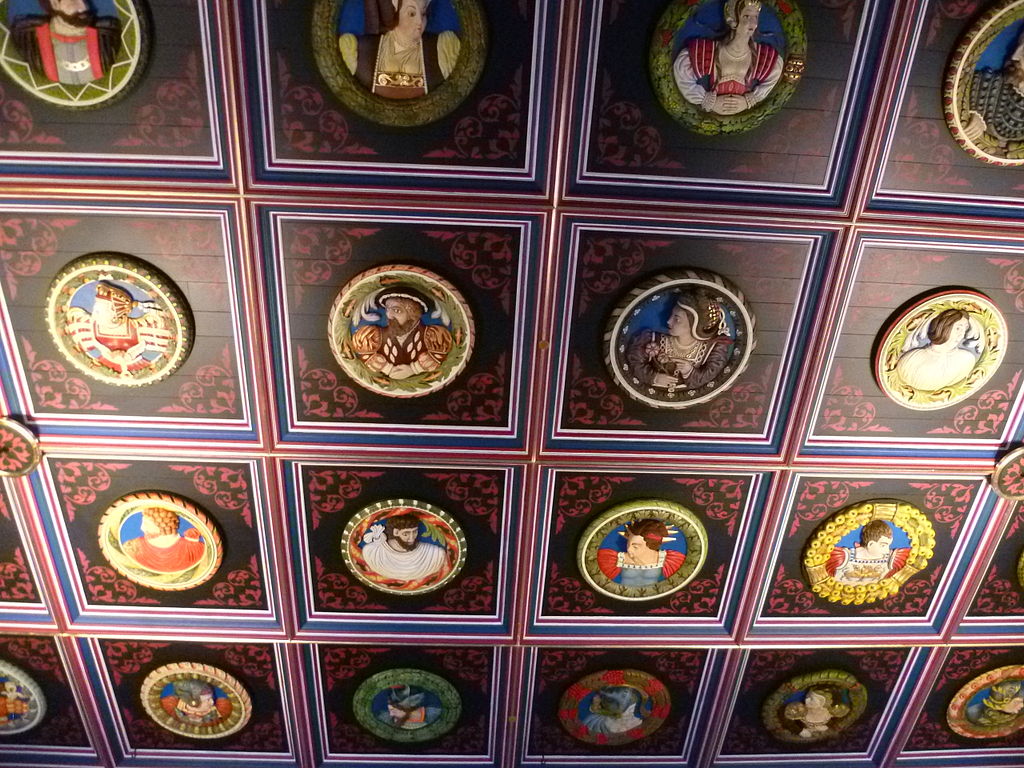 These painted, oak roundels used to decorate the ceiling until it collapsed in 1777 and they've since been largely located or recreated and are back on display.

There's also access to the ramparts but most importantly, perhaps, a café with a rooftop terrace. Oh! Nearly forgot the Argyll and Sutherland Highlanders Regimental Museum.

The night before was unseasonably mild for mid-May and bagging a table outside of Stirling's BrewDog™, a succession of alcohol-fuelled loons made themselves known.

First up, one who was very anti-Scottish independence although his drunken, Dutch friend didn't really give twee hoots. Not just on this divisive subject but on pretty much everything but that's just too much whisky for you.

Next up, someone of an age for his grandad to have served in the Argyll and Sutherland Highlanders. Ignoring an officer's suicidal orders, grand-dey was summarily court marshalled and militarily discharged with just the clothes on his back. 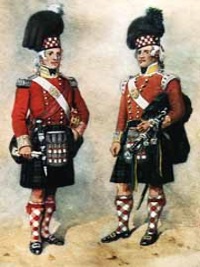 Struggling to build a small, erm, 'business' in economic adversity, he'd later be rewarded with some bravery award or other when the full military facts came to light.

SlyBob really wants this to be true and it was claimed this was all documented in the museum but, visiting today, not a mention. His name should really have been remembered, though,... 'Mac' something or other?

'Kids the-day dornt ken they ur born.' Then, over the road outside the No. 2 Baker Street pub, a scuffle. He's over there with his phone out in a jot and a cry of 'YOO-TOOB!' He'd pass by again later and explain that he uploads these in an attempt to shame this indolent generation.

Get this, he hadn't even been on the whisky and all this presumably in recognition of his fictional forefather's struggle despite him having been a bit of a lag or villain, eh?