Three coats of arms on the Welcome To sign suggests a bit of history to Hythe. One of the original Cinque Ports[1], of course, which was just a proto-protection racket, really. In return for providing the king with ships, the town was afforded certain privileges or at least the toffs who owned the yards were, right comrades?

Silt has since seen to the harbour so it's up to the good-looking high street now to provide different kinds of sales. The 1794 Guildhall is now the town hall and, thankfully, isn't a Wetherspoon™s, just yet. 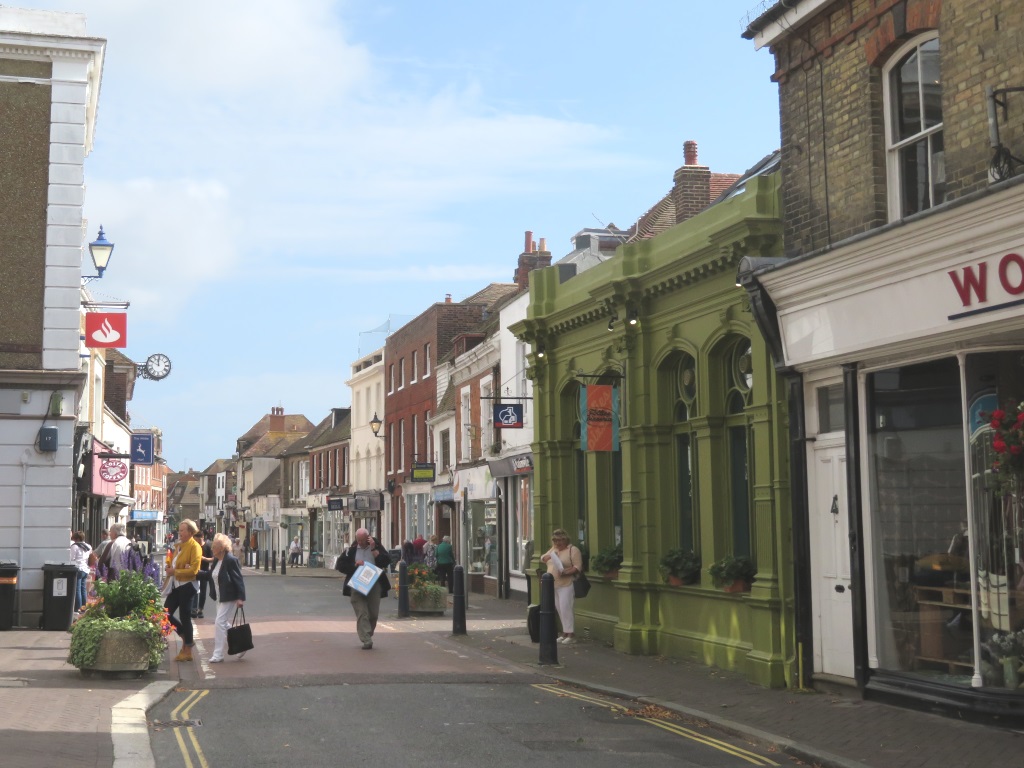 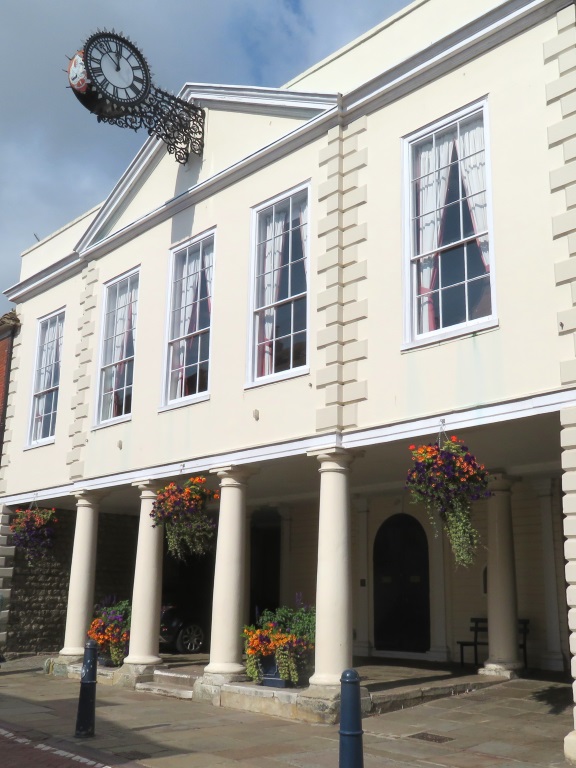 They'll only end up calling it the Old Guildhall, anyway, when the Director of Contrived Waterhole Naming is away on holiday that week, probably.

[1] Pronounced 'Sink' and not 'Sank' like what they do in France.

For no other reason than it's simply not necessary to ask inside... 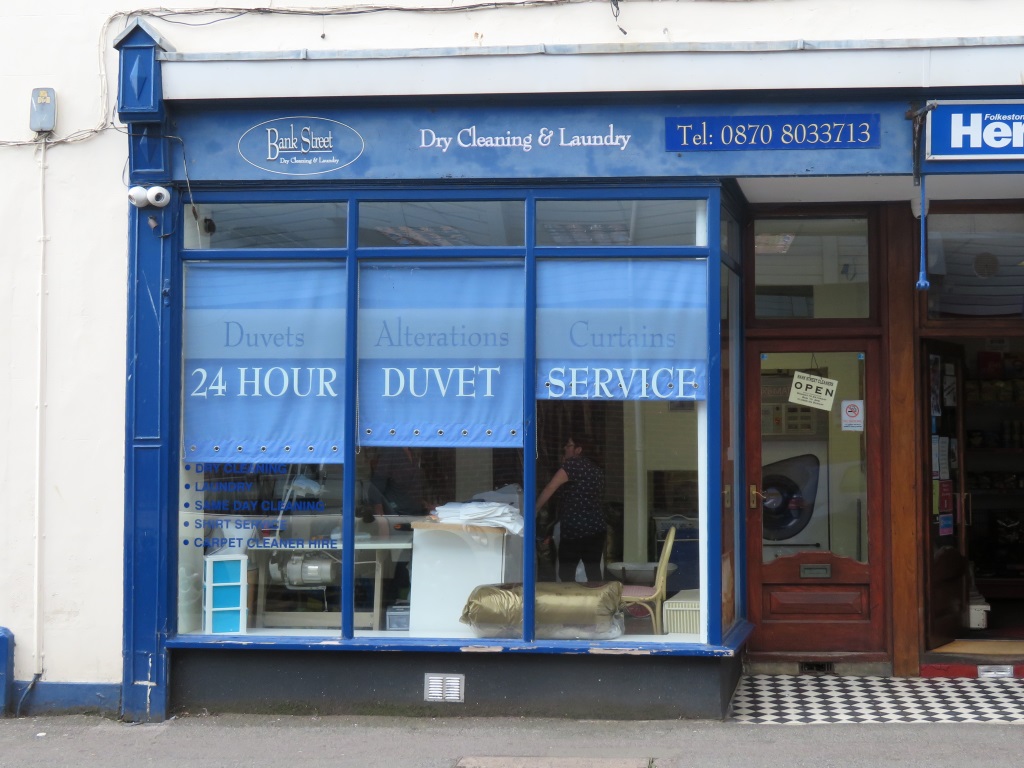 If you've arrived unprepared without doing even the most basic form of homework beforehand, you'll likely overlook St Leonard's Church, which is a bit of a lug up a hill. 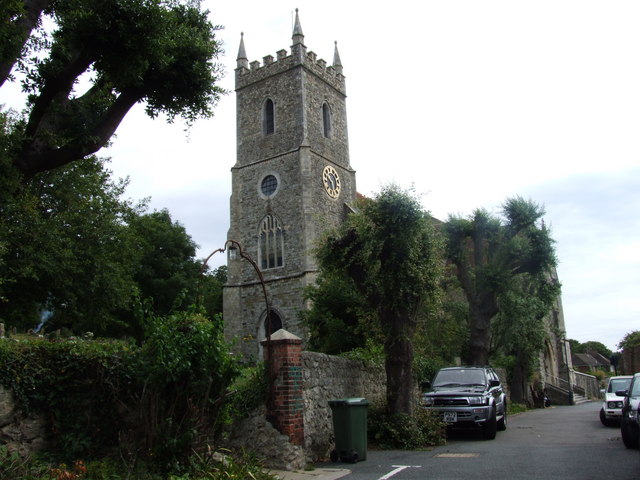 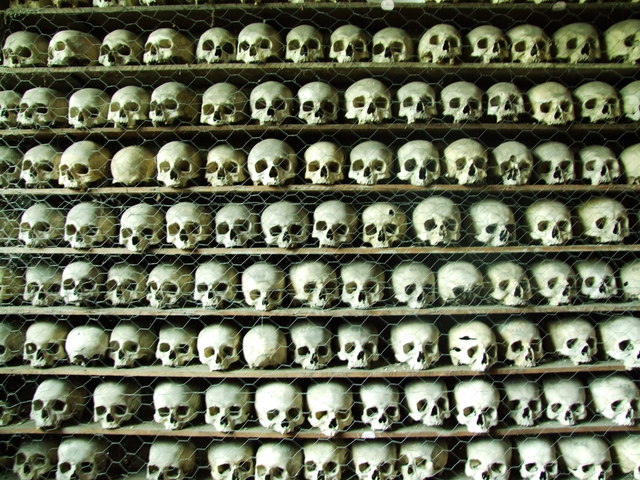 Nearly 1,000 years old, some of it, including the crypt, it's thought, which acts as an 'ossuary'. An 'ossuary' you ask? A room full of skulls and bones!

It's not quite on the scale of Paris' catacombs but these bones are old, 13th-century old. They're thought to be from the churchyard when the foundations were dug for an extension and some of the remains are reportedly Roman, they say.

Because there was no visit, you may have noticed these snaps have also been unearthed from elsewhere.

While you're wandering aimlessly, you might want to take notice of a handful of Hythe Heritage Trail plaques. 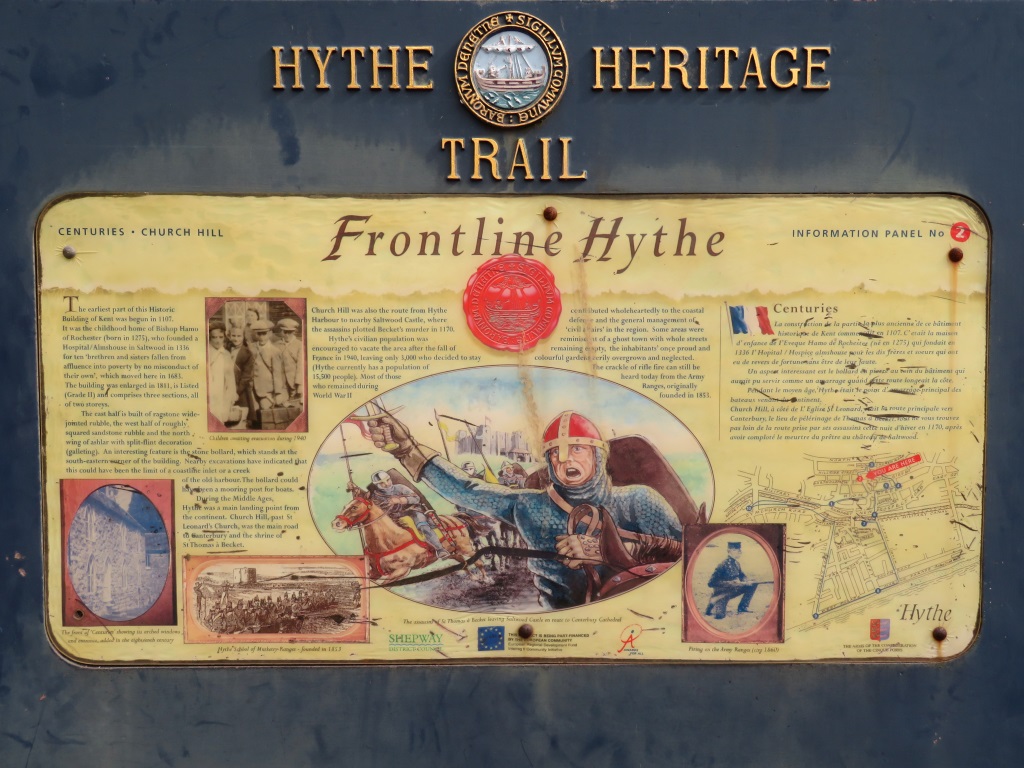 They'll point you in the direction of the church, the seafront and some points of interest along the high street. In between these, however, there's also mention of a canal?

The Royal Military Canal is as grand a sounding canal as, well, the Grand Canal although this one's not quite as wide. 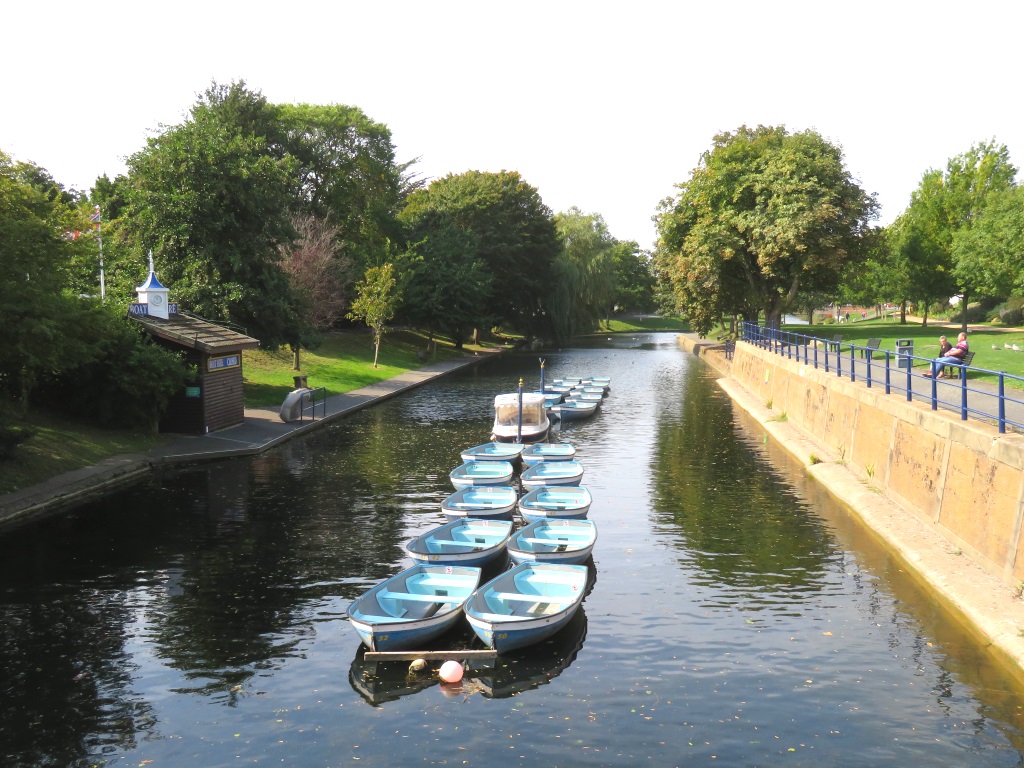 Nineteen miles were channelled in the belief it would prevent Napoleon heading inland should he ever get round to including England in his European vacation plans.

Not only was it expensive, it was at least two years late but the bedrock and flooding were hardly the faults of the hand-digging navvies.

Their efforts are recognised, thanks very much, and it's now a nice, two-or-three-day stroll along its 28-mile length taking in Rye and ending near Hastings. 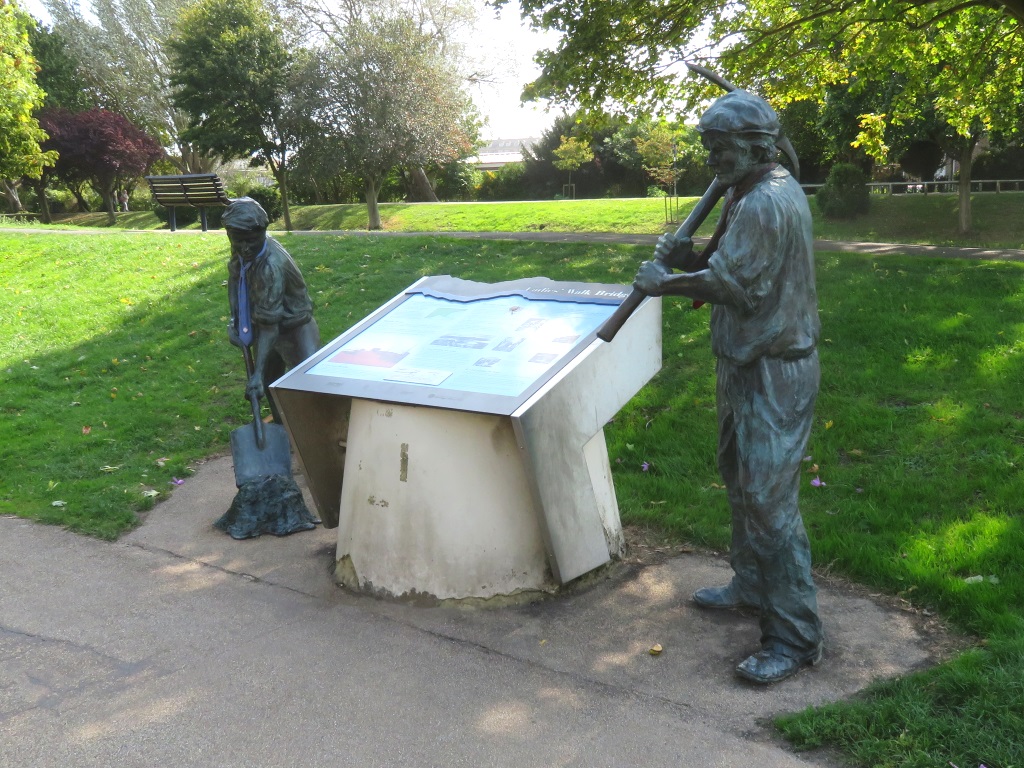 After Trafalgar and with Little Boney's eye now on mainland Europe, there was as much chance of him invading as there was of catching an ichthyosaur in here. To recoup some of the massive overspend, they tried to charge people to go along it but it turns out the sea was a much cheaper option.

It serves a purpose now draining Rodney, sorry, Romney Marsh but chants of 'What a waste of money' can still be heard at Hythe Town F.C. every other Saturday.

This arm of the British Army was established in Hythe in 1853 so it's not nearly so Napoleonic Wars as it sounds. It's now called the Small Arms School Corps and still caters to those keen to keep their eye in, weapons-wise.

The HQ may have moved to Wiltshire but the stretch of beach to the west retains a military presence. It looks to be used for target practice so it's all fenced off and makes for a rather disappointing view for residents of the Bluewater Caravan Park.

The Romney, Hythe & Dymchurch Railway isn't any old railway, it's, get this, the world's smallest public railway at least it would be if that were true. 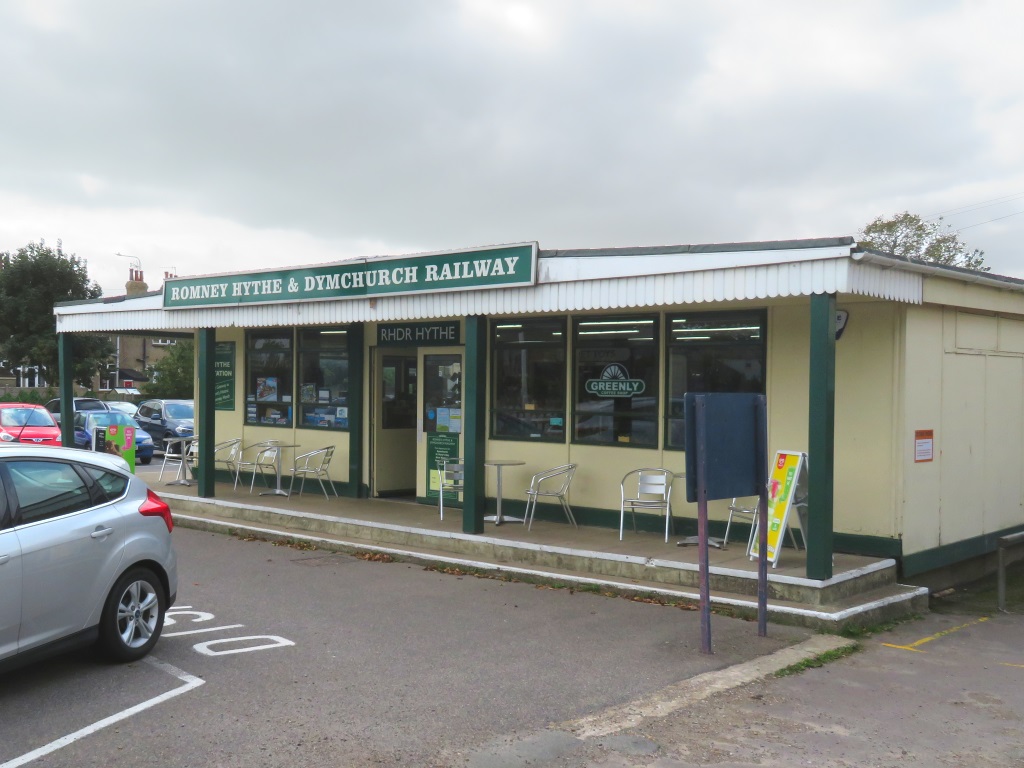 This 15-inch gauger did hold the title from its opening in 1927 but only until 1982 when one opened in Norfolk nearly five inches narrower.

It looks like a bit of a squeeze and it's just over an hour down to Dungeness with options to hop on and off on the way, when in season. 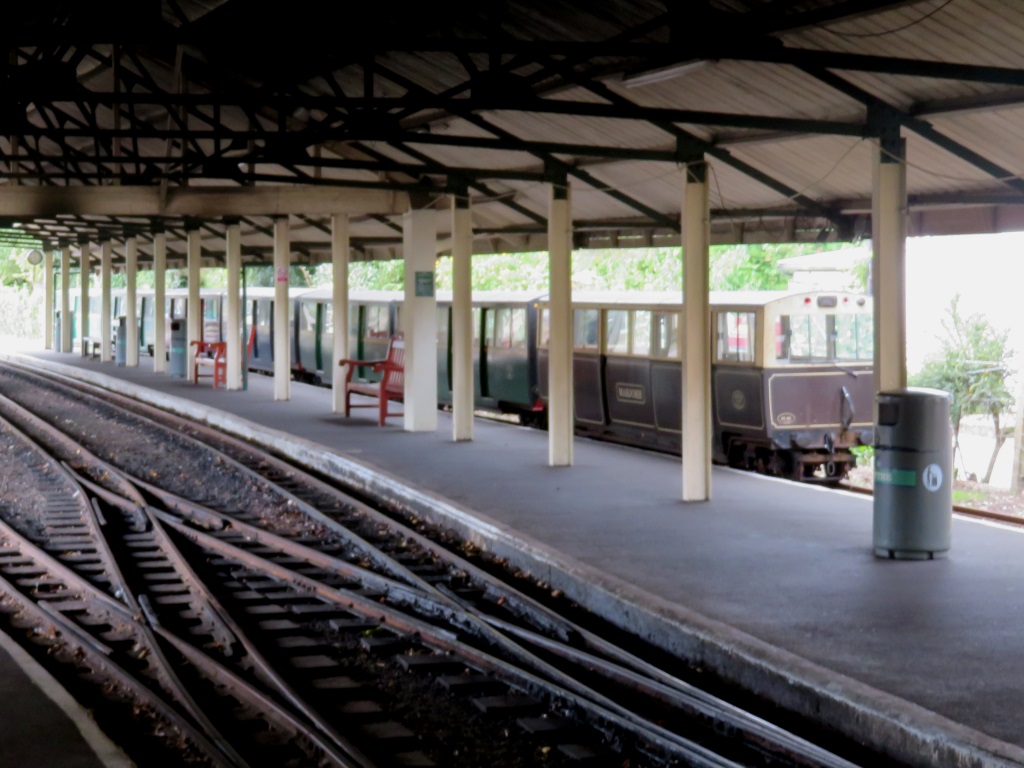 SlyBob are honestly not that interested in these things, honestly, you'll find they just keep following you around. Well, maybe one of us is and just a little bit more than they'd like to admit but what's that you ask?

Well, just for once... of course not!