Don't be fooled by the name, the Flora Team Rooms is a proper, old-skool chippy that's right on the beach but there's no time for that today. 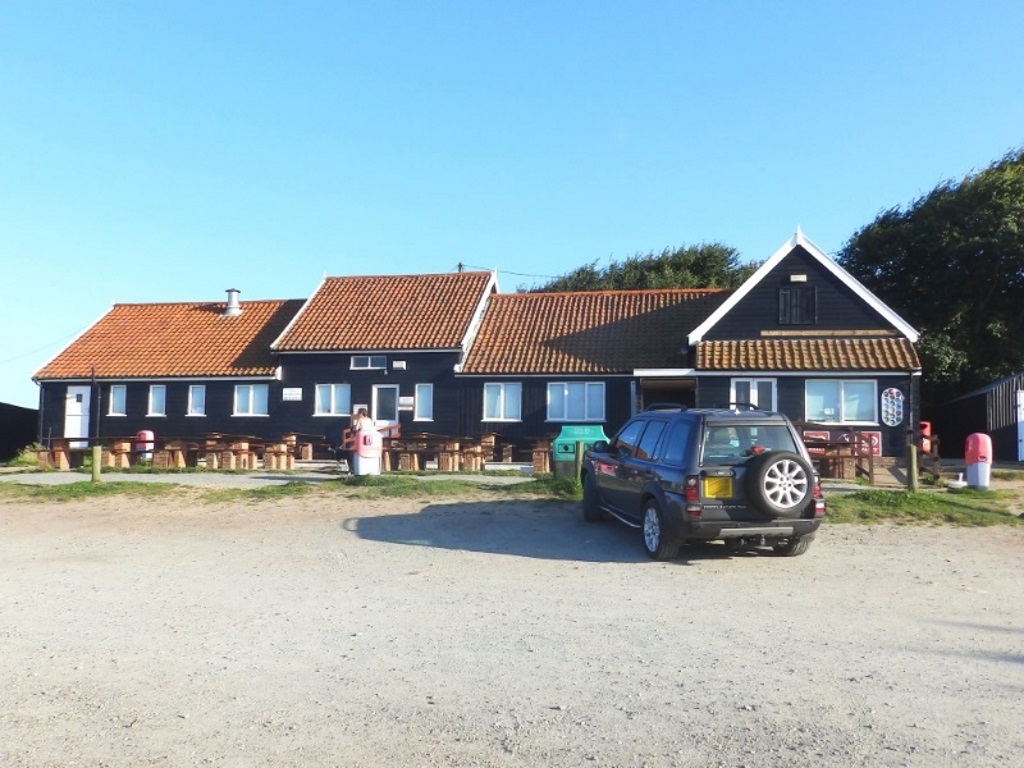 There are cliffs to climb, some ruinous doings and a life lesson to never again trust the National Trust™.

Onto the beach it's left and north to Southwold or right and south into the sun and the cliffs. 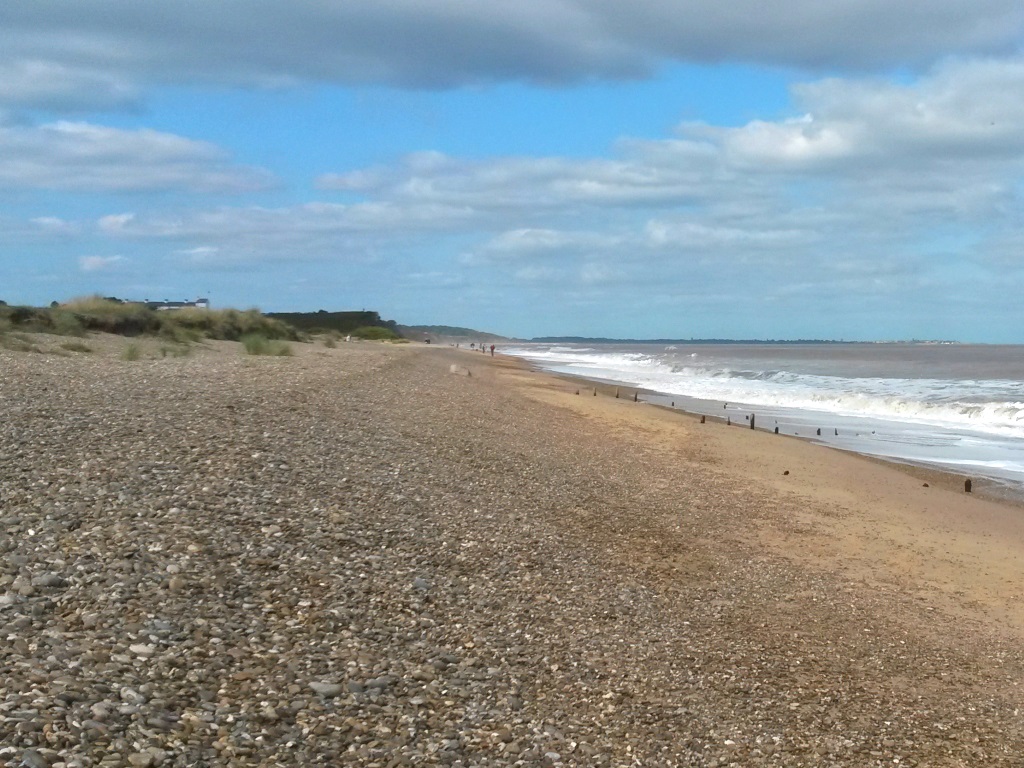 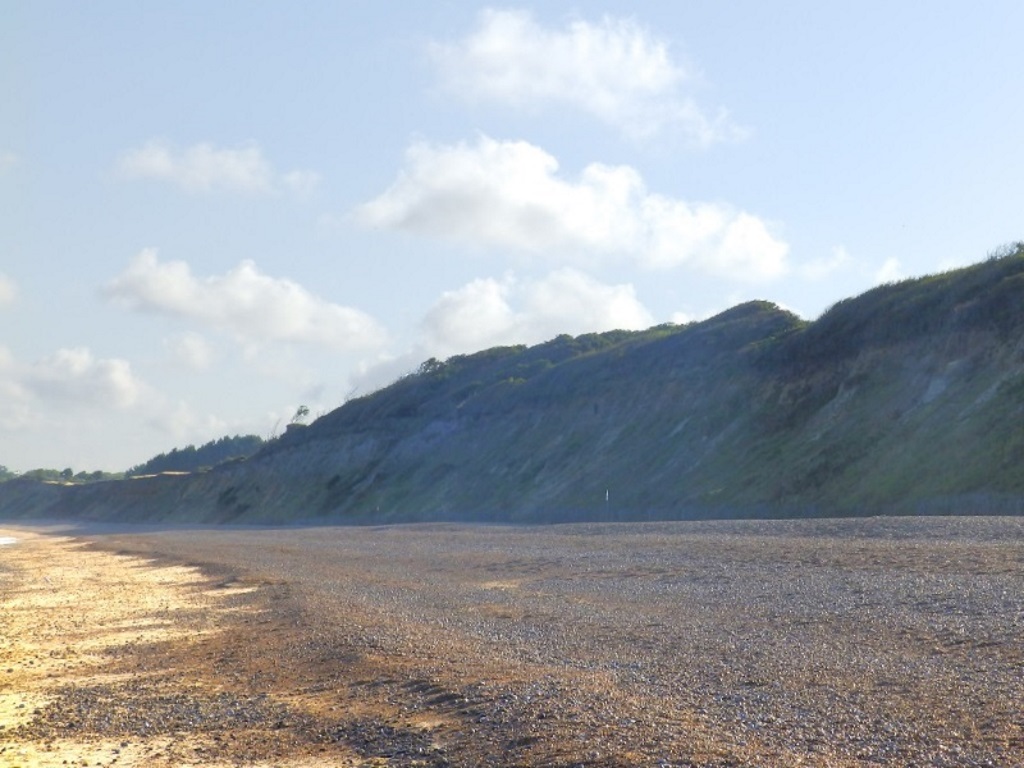 The that that's being banged on about is the ongoing erosion that one day will consume them and a metre a year they're moving at. Seven metres were lost during a particularly stormy week in 1990 that also claimed the last of the gravestones of the church of All Saints'.

As big a port as London in the late 13th century was Dunwich but two quick storm surges swept most of it away. Sub-Aqua archaeologists call it Britain's Atlantis and underwater maps suggest you would have seen land to the horizon.

No less than eight churches have been submerged and it's said that at low tide on an eerily windless evening, you can hear the ghostly chimes of their bells. These don't augur well, a portent of another great storm or it might just be last orders at the Ship?

You can get up and at the cliffs via a hidden path where Beach Road meets Monastery Hill although that's an option that might have slipped away since 2016. 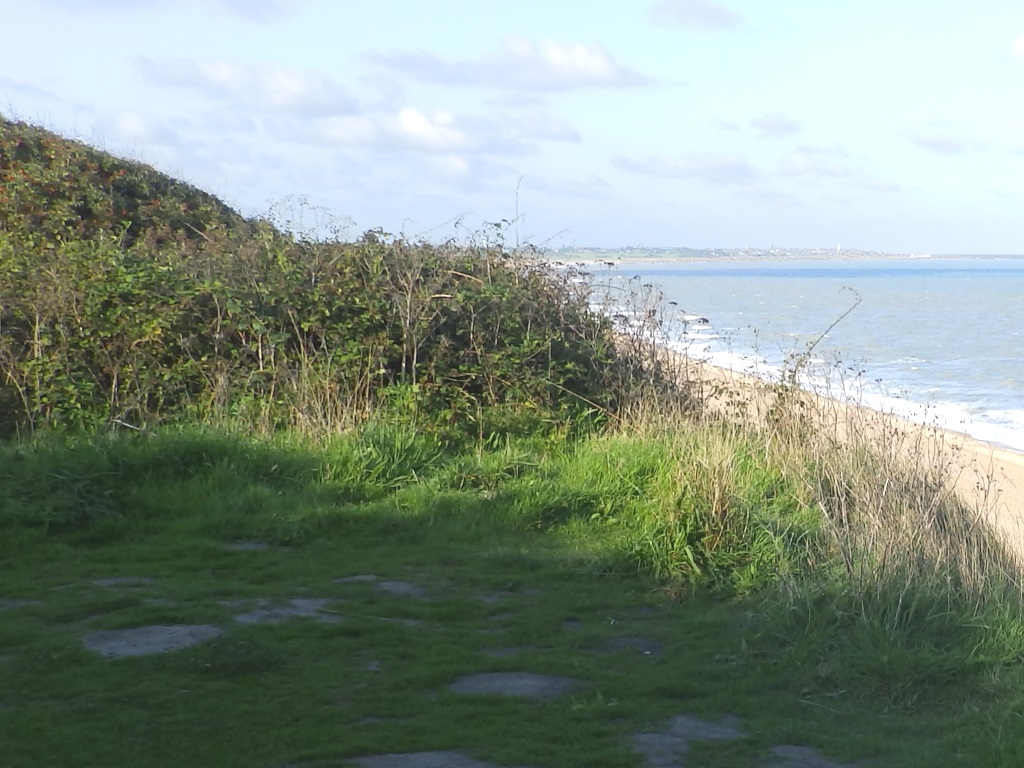 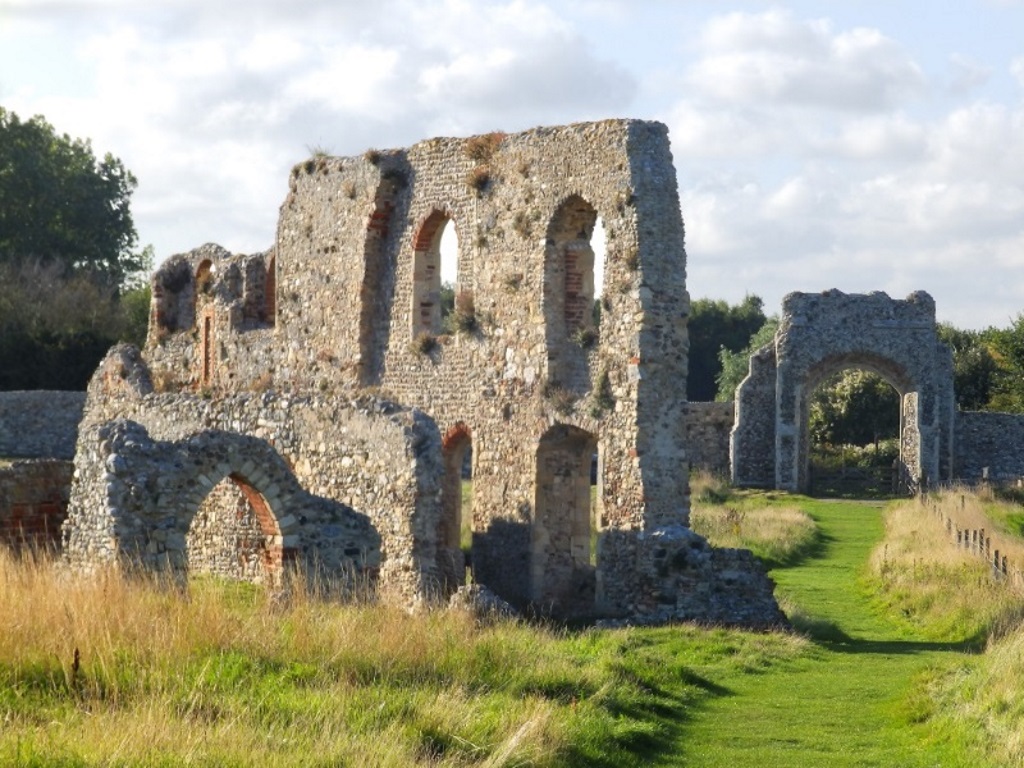 It might not be too long before divers are gesturing 'Oi, Chris! You seen this?' Behind you, the remains of the 13th-century Greyfriars Priory but the field in which it sits has already started to slip.

As did council funding and the site's now managed by a voluntary group so while it's free to inspect, just like the sandbags, contributions are welcome. 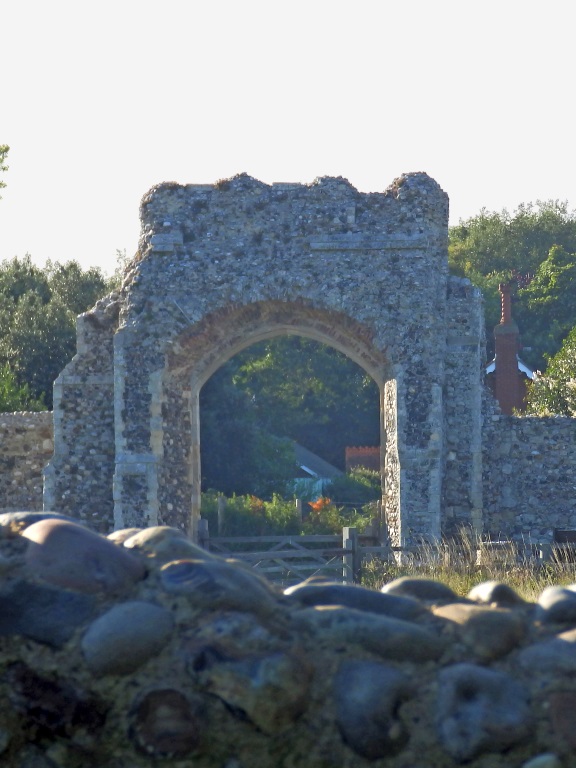 Henry VIII had an inevitable hand in its dissolution but there's a sooner-than-later chance of it being dissolved in a very different way, these days.

Back down the hill, the main street is home to a small, free museum that keeps irregular hours and will fill you fully in on the erosion. 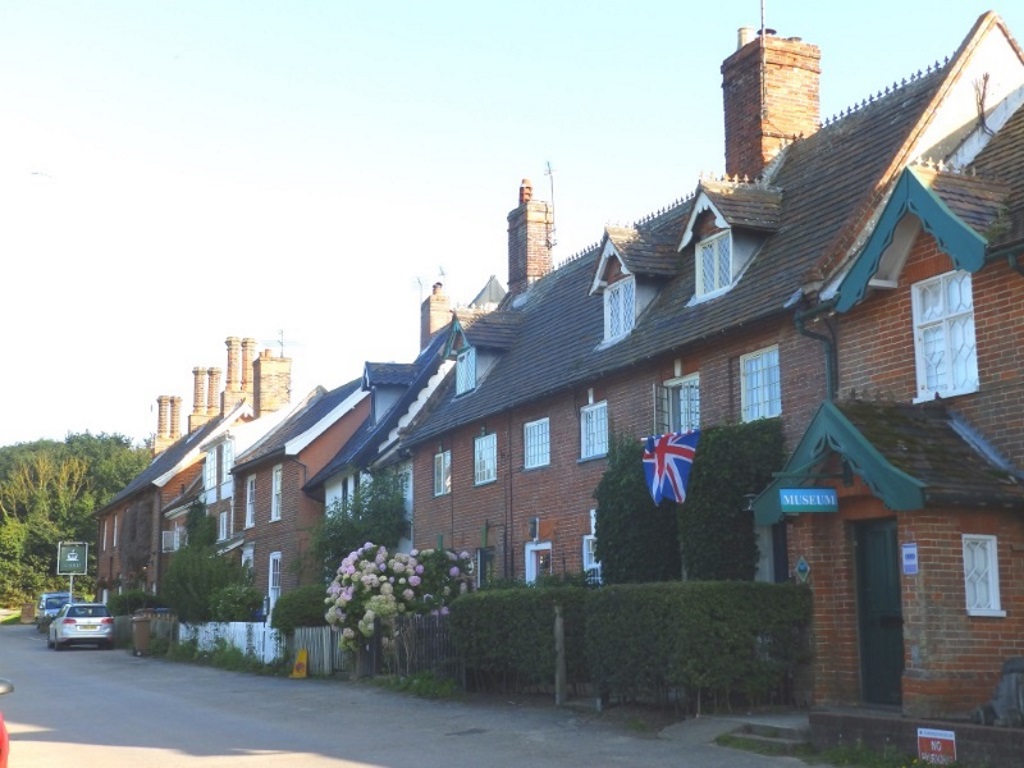 Whereas the Flora Tea Rooms will fry you an 'addock, the Ship at Dunwich, just shown, is more likely to smoke you a salmon. SlyBob's bread has been buttered on both sides with no complaints in either but the fayre is much fancier in this contrasting eatery.

It's more hotel and restaurant, really, although bar snacks are available with some particularly fine work being done on the fashionable Scotch egg front.

Dunwich Heath is just a five-minute drive south and the 250-odd acres of strangely sandy terrain is a National Trust™-run site of some special scientific interest or other. 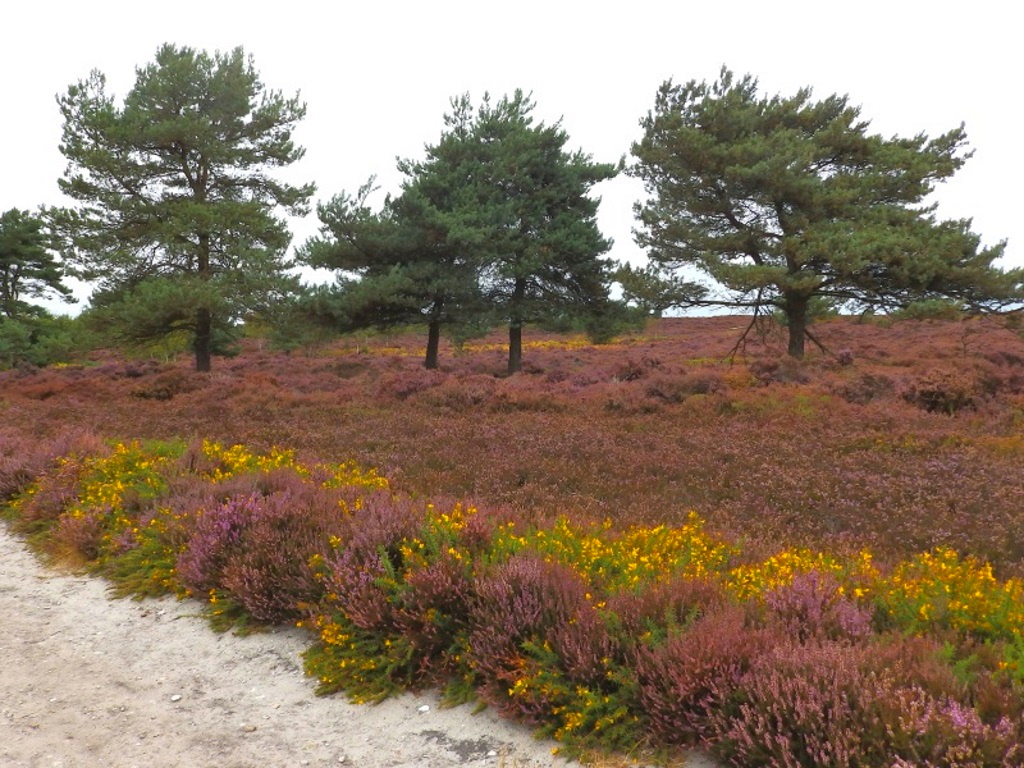 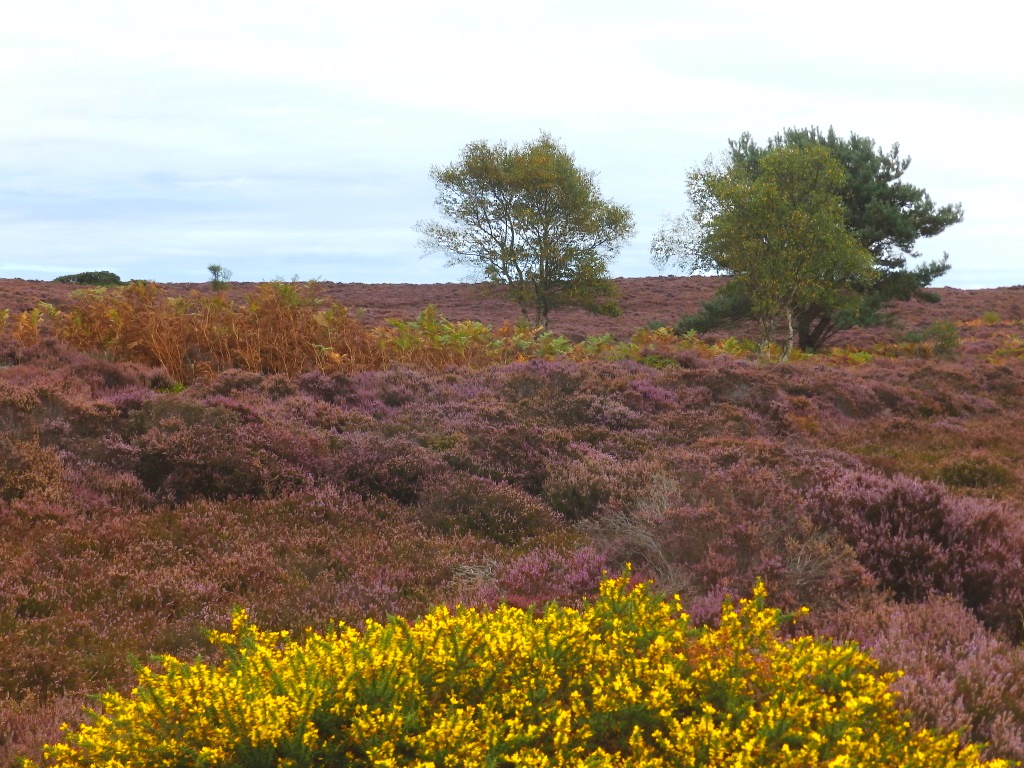 Heather and gorse provide the palette but whether you're a fan of the emperor moth or the Dartford warbler or not, a word of advice...

Don't pitch up in their car park at 4.30 PM and expect them to waive the all day £5 parking fee. This despite your protestations that you can't come back tomorrow as you'll be halfway up the A17 on your way home!

Now, not normally skinflints and general fans of this sort of thing, a pair of pounds would surely have sufficed?

Some people might have found free spots to park back near the caravans or you can snuck in for free from Minsmere having already stumped up for that. No, a return trip is likely only next time, on a point of principle, Das Boot will be ditched in Dunwich and the rest of the way will be walked.

Thinking about it, though, you'll probably have to swim here by then.