The perfect place to start your Trossachs adventure. Take a minute, enjoy a bite, explore somewhere special, they say.

In the early 1800s, soon to be Sir, Walter Scott sharpened his quill to pen a series of Scottish-set, historical novels but it was another 20 years before wealthy Victorians started heading north for the shortbread. 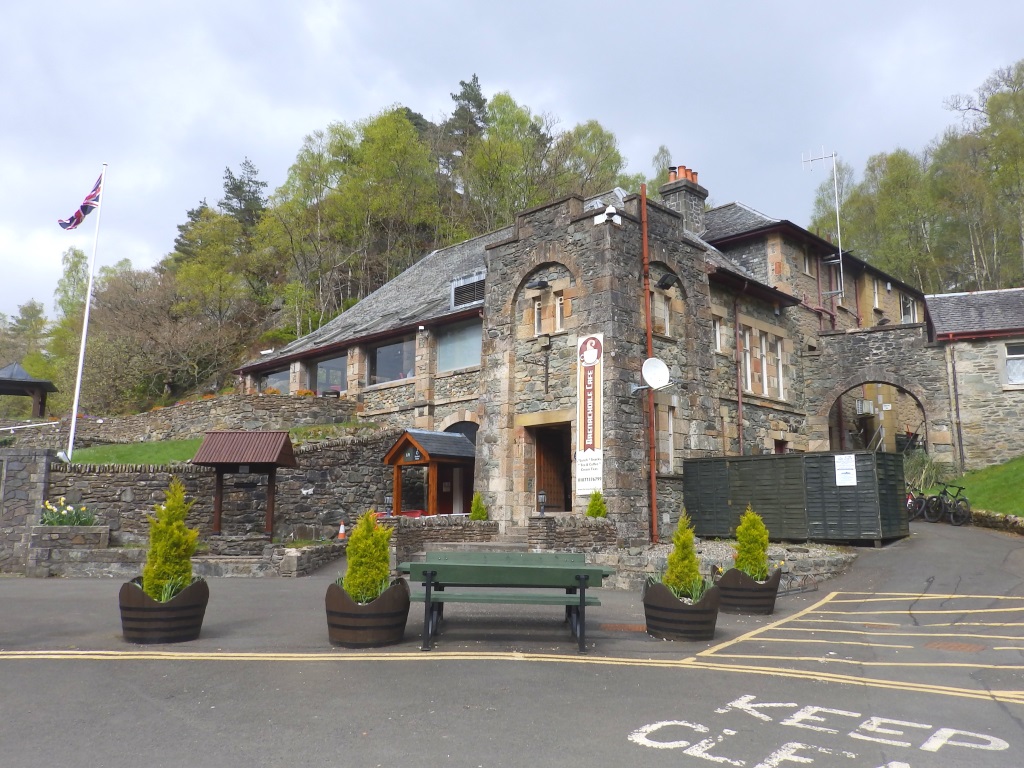 Seduced by Scott's 'romantic' imagery, they took the train, took to wearing tartan to catch the crumbs and that's how tourism in Scotland was invented, they say.

There appears to be some truth in that and they're still flocking to the Trossachs today and the pier at the eastern end of Loch Katrine[1].

There's a cruise to be done, you see, on the steamship that takes Scott's name at least, there would be if it actually existed!

[1] Pronounced Ka-Te-Rin if you too want to be a plastic Scotsman.

That's a fair few times now in and around these parts and not a single peep-peep! Even today, the empty quay suggests it's either halfway to Stronachlachar or even berthed up in Brigadoon?

Not that it matters, for there's a short walk to be done along a road and up a hill where highlights include a soon-to-be carpet of bluebells and a song[1] thrush in a tree. 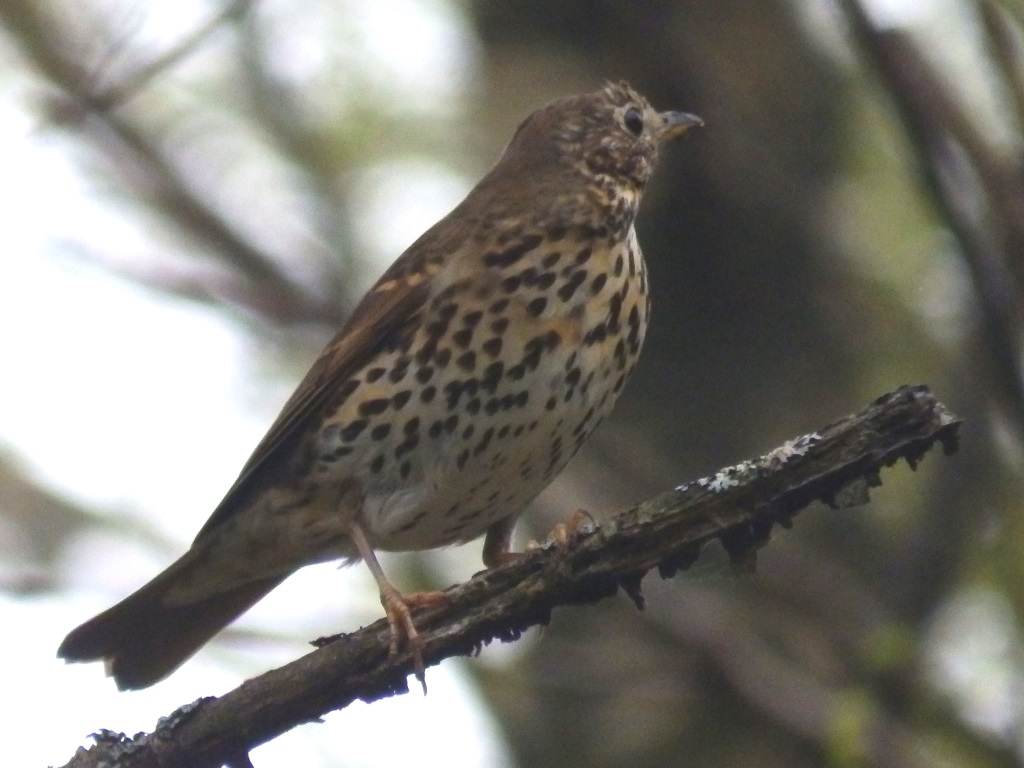 The lug up's not exactly a letdown but there's a way better view from up Ben A'an, which is just a couple of miles behind. 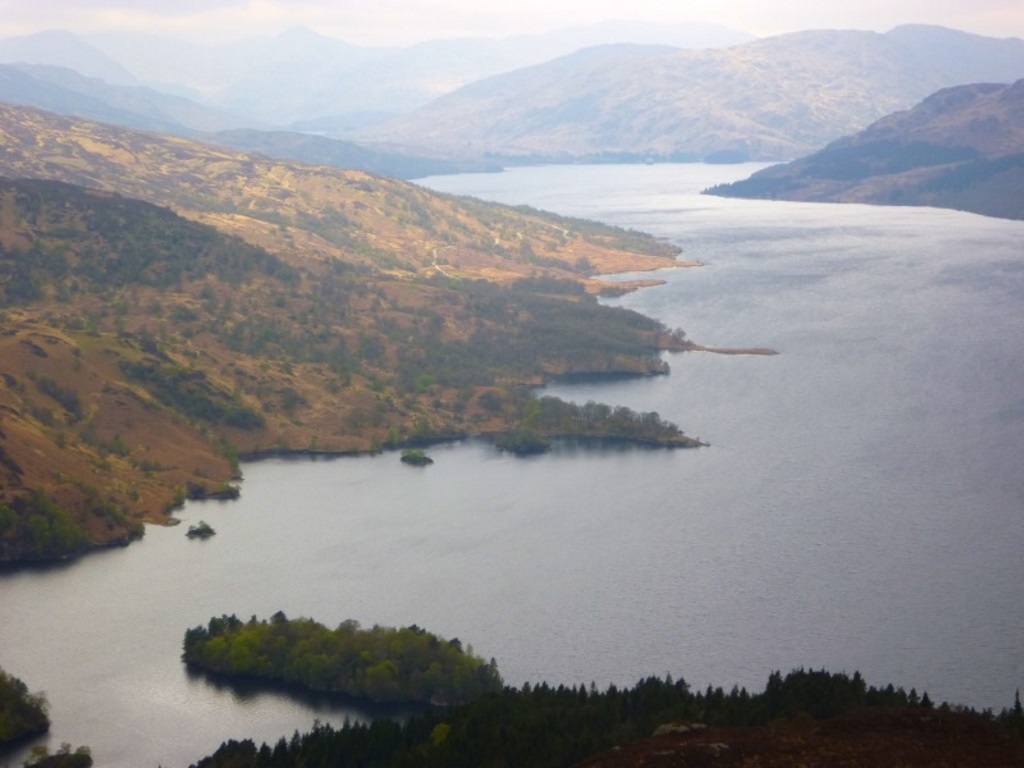 Remember Archie Shipman? You know, he used to live in Essex but moved to the East End to get murdered. Well, he's only in the area doing some filming and his son's just gone flying past on a bike trying to catch a cameraman in a van.

This is only known six months later, flicking through the channels on TV after tea and agreeing... 'Thought he looked vaguely familiar?'

Larry and Lamb junior are having a race, you see, Larry on the steamer and junior in the saddle and little Larry's in a rush to pedal to Trossachs Pier. Of course it was watched to the end but they've only gone and cut SlyBob from the edit! That means we're now bearing a grudge with Channel 5 on a par with Dunwich Heath and the beans are being spilt that the sequence didn't happen as seen.

They filmed on different days, probably, since there was no sign of the steamer, you see, so this pair still aren't convinced that it's real but, at least, it's known just who George Lamb is now.