The main streets sport some surprisingly spectacular Tudor frontage although there are a few too many charity shops and there aren't that many folk around. 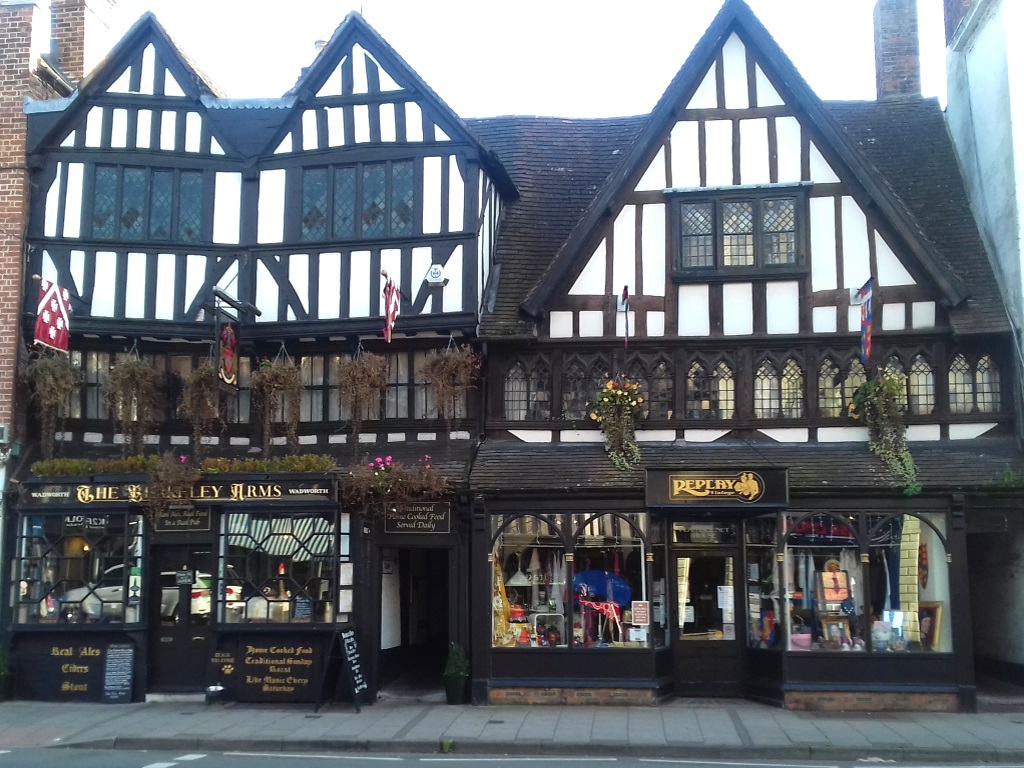 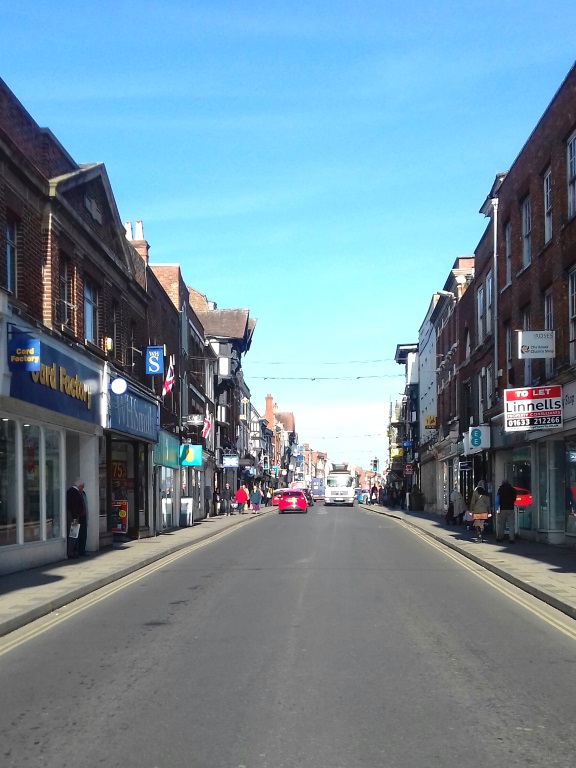 There are even less come sundown, people preferring to stay in their traditional-looking terraces not tempted by the largely empty pubs and restaurants. 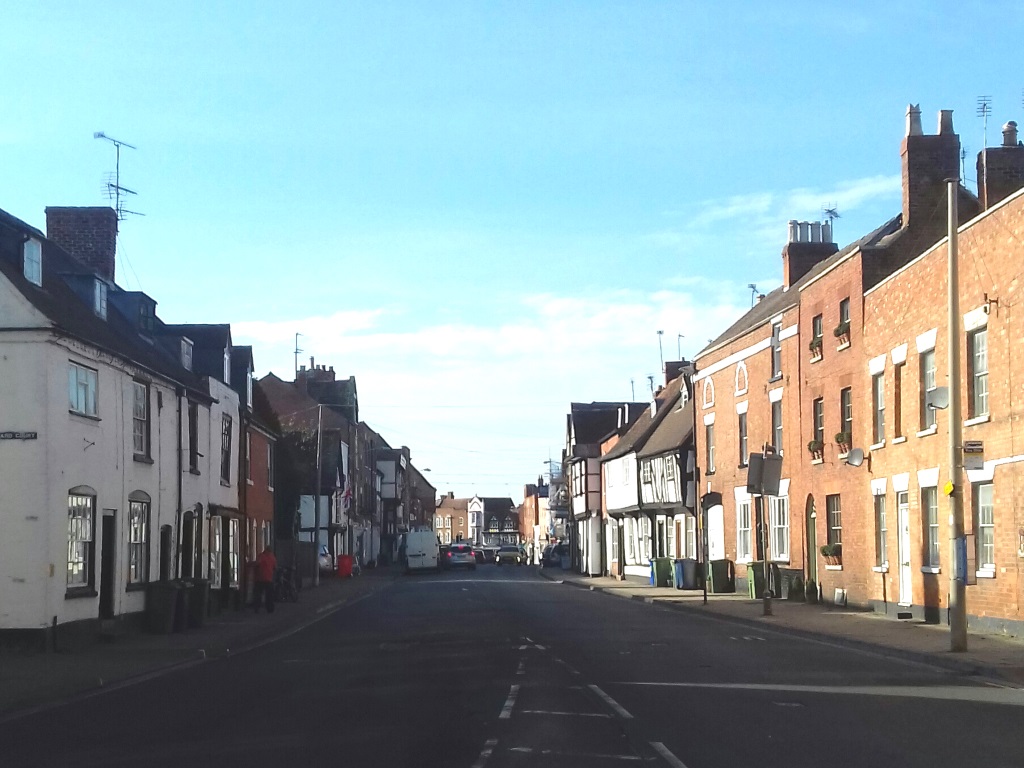 The chains in nearby Cheltenham can just sit back rubbing their hands and their manufactured seasonings but saying that, there was a Prezzo™ here.

Whoever thought that was a good idea moving forward is currently exploring a career change opportunity somewhere up or down the M5 with their P45, probably.

It was occasionally necessary for Bob to engage the vocabulary of that sort of corporate chit-chat to do some, erm, 'work', of sorts, down here.

Despite spending most of that time trying not to nod off while someone scribbled on a flipchart, a surprising soft spot for the place has been cemented. That's how it's known that the pubs and restaurants are empty although memories of the Premier-like lodgings won't linger. 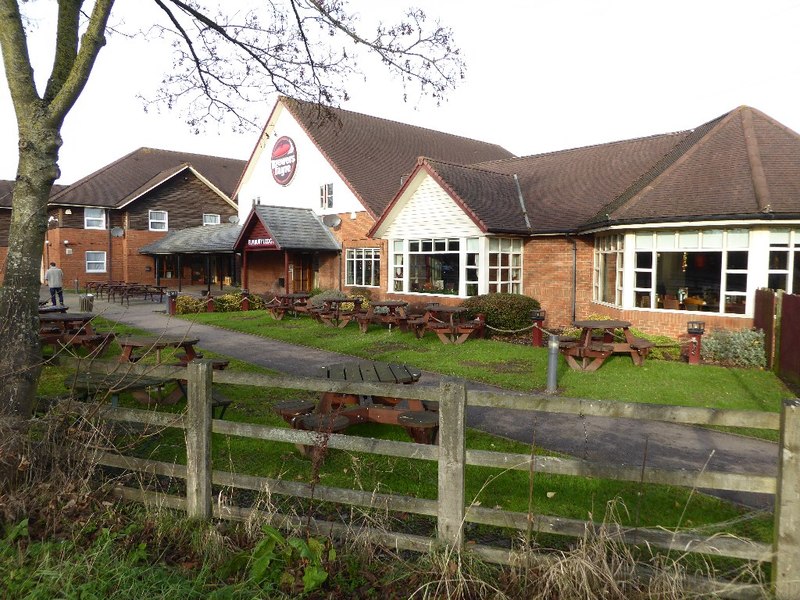 Highlights included a limited edition 'Burger Pie' and yup, that's a burger in a pie. This is all brought to you by the same people who run Costa™ Coffee so you can look forward to one of their new cappuccino pasties.

They were also responsible for what was Taybarn™s, an all-you-can-eat, buffet-dining experience that could be shovelled on from along a 34-metre-long counter...

'Taybarn™s - where the quality of our food is measured in distance.'

You know who you are and that's so good no attempt will even be made to reinvent the wheel.

Meanwhile, back down the road in town, if you're not spending the day deliberating over your deliverables then you're likely to be here for Tewkesbury Abbey, England's second largest parish church, they say, whatever that means. 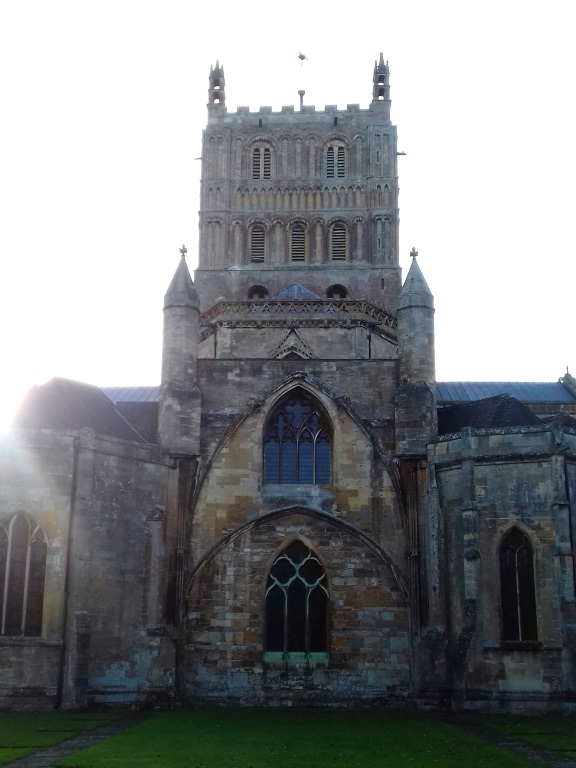 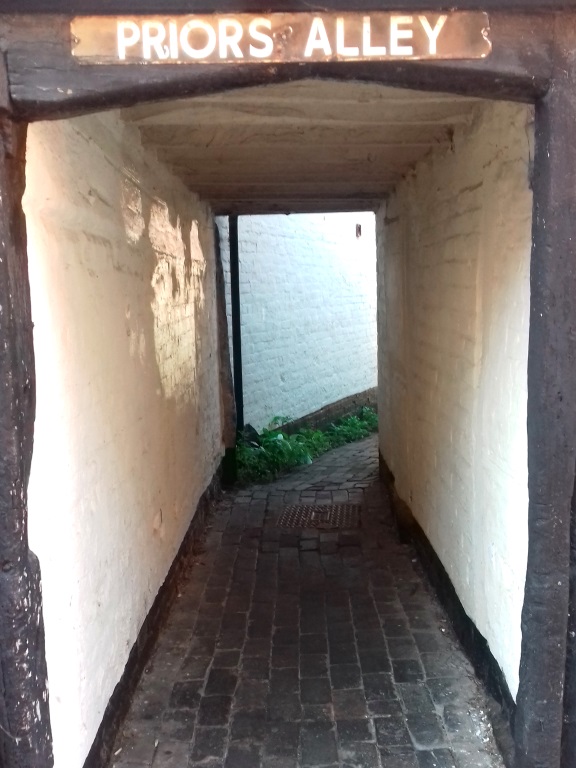 This 12th-century effort and former monastery is a draw for the coachloads although there is a shortcut if you're making your own way there.

It's all free inside and out since you ask but if you're not able to touch base until after 5 PM, the shutters on the abbey are up and it's a lonely pilgrimage for a table-for-one in the local tandoori.

It's either that or a Burger Pie next to an industrial estate.

Pick of the tandooris here, probably, although there's a surprisingly high number of competitors. Don't get the recently rebranded Rajbari[1] mixed up with the Rajshahi, which is in an old pub and is where your colleagues will recommend.

Nip into the Nirala[1] or examine the Eastern Eye or even Pop into Panache although that one's been inexplicably unexplored.

[1] Too many competitors, apparently, both of these can now be filed under permanently closed.

Opposite the abbey, they've leveraged core competencies to keep the Victoria Pleasure Gardens both Victorian-looking and pleasurable. Created in 1897 to celebrate you-know-who's Diamond Jubilee, they've been revamped several times over the years, some of the work more necessary than aesthetic. 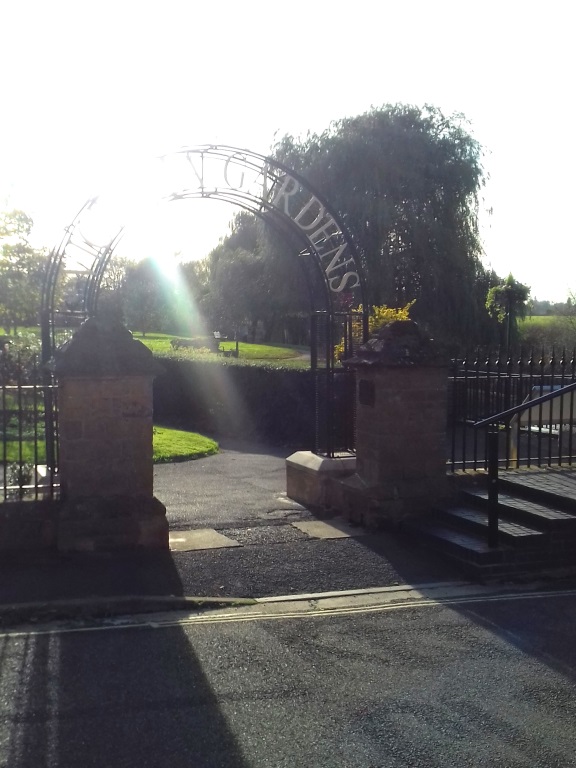 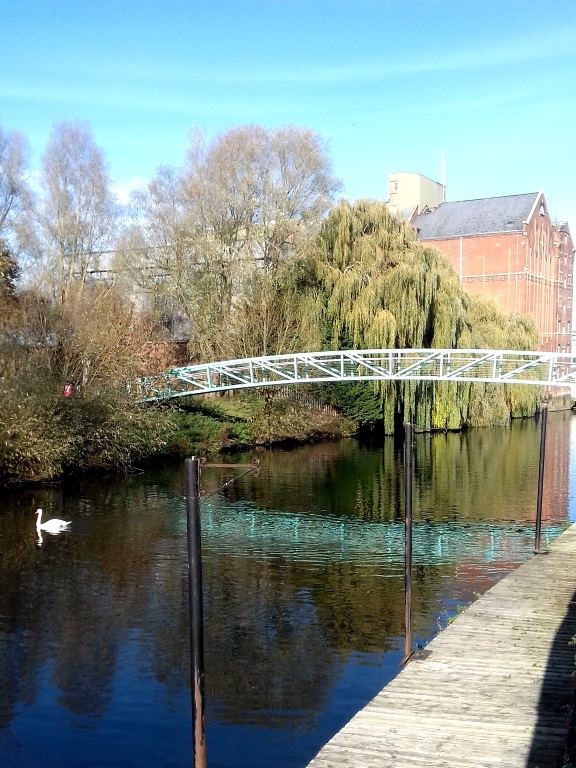 This is down by the river, you see, the River Avon[1], that is, and it meets the River Severn not far from here.

The wettest summer on record in 2007 saw all of this six foot deep with three deaths and the army called in. The abbey became an island but the old monks might be partly responsible since they dug a channel, they say, a new link to the Severn that brought the water closer.

Nonsense or not, Tewkesbury's tap water was undrinkable for two weeks, unlike the 'IPA' that they serve up the road with your Burger Pie, which still isn't.

[1] Avon, of course, from the Welsh Afon meaning river so River River? What with the Severn, it certainly looked like nine rivers back in 2007, probably.

When the water is behaving itself, the riverside is surprisingly enticing. The old flour mill might now well be empty but plans are finally afoot to develop into riverside 'apartments' or small flats if you'd rather. 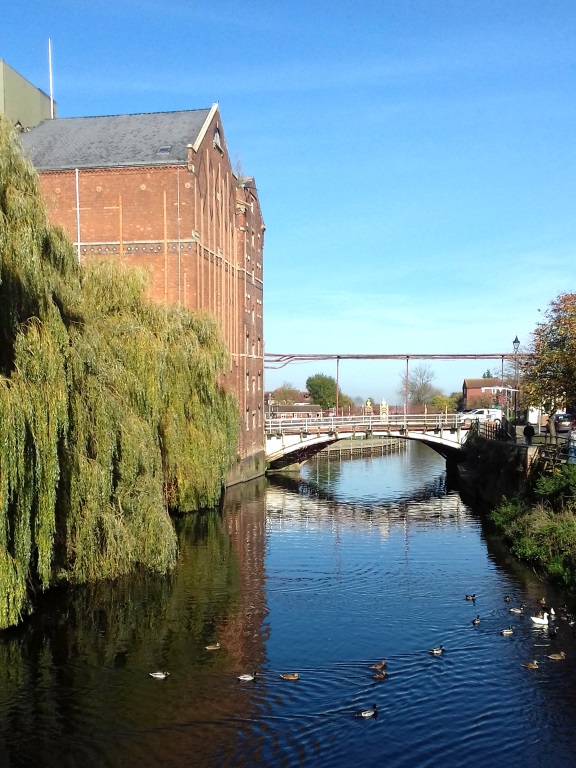 The new flood defences by the weir mean buying on the ground floor shouldn't be such an uninsurable risk event while for those already on stilts, they're now not nearly so necessary. 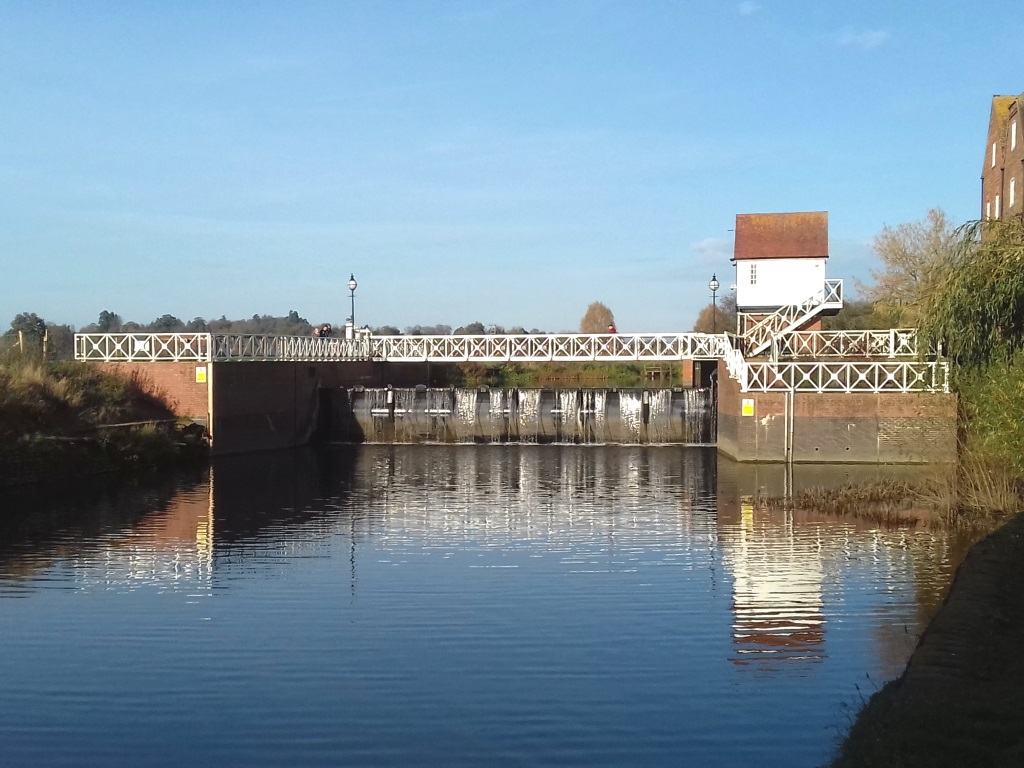 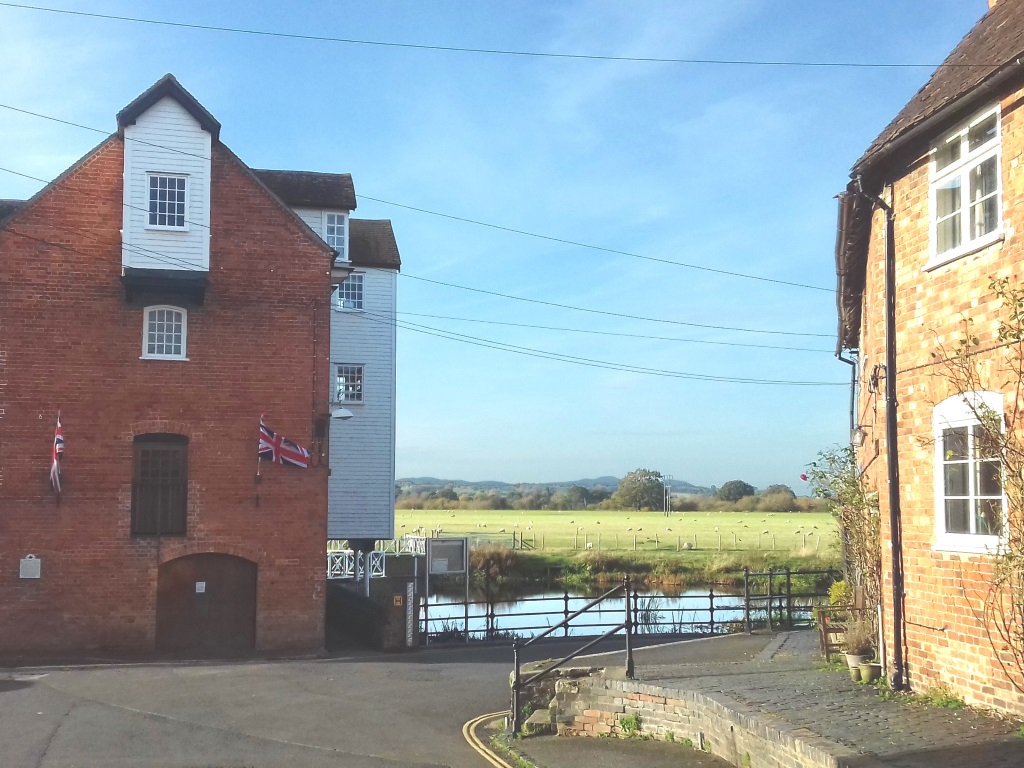 The flood defences weren't constructed from brick or metal rather thousands of stale Burger Pies. Not such a strange material as you might think since there's absolutely no liquid getting in or out of one of those. It also saves some poor soul from having to eat one, it's a win-win situation.

Make the most of it and enjoy your last night here since it might not be back for a while. 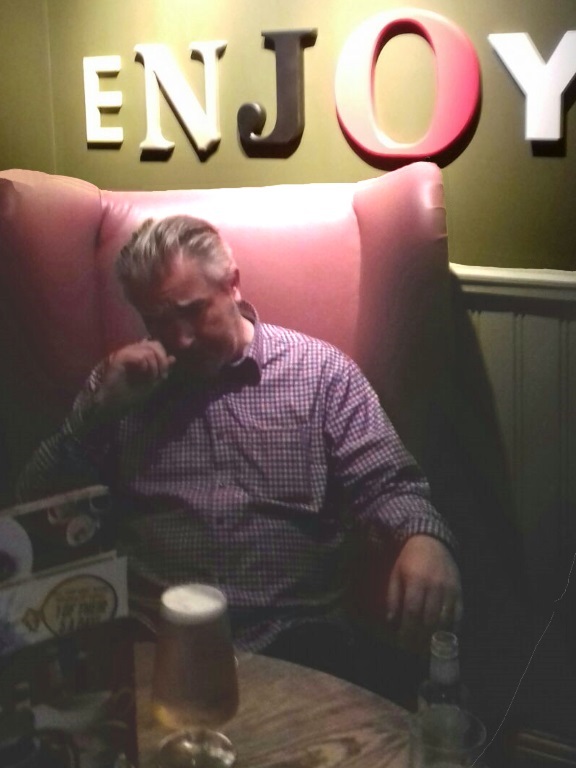 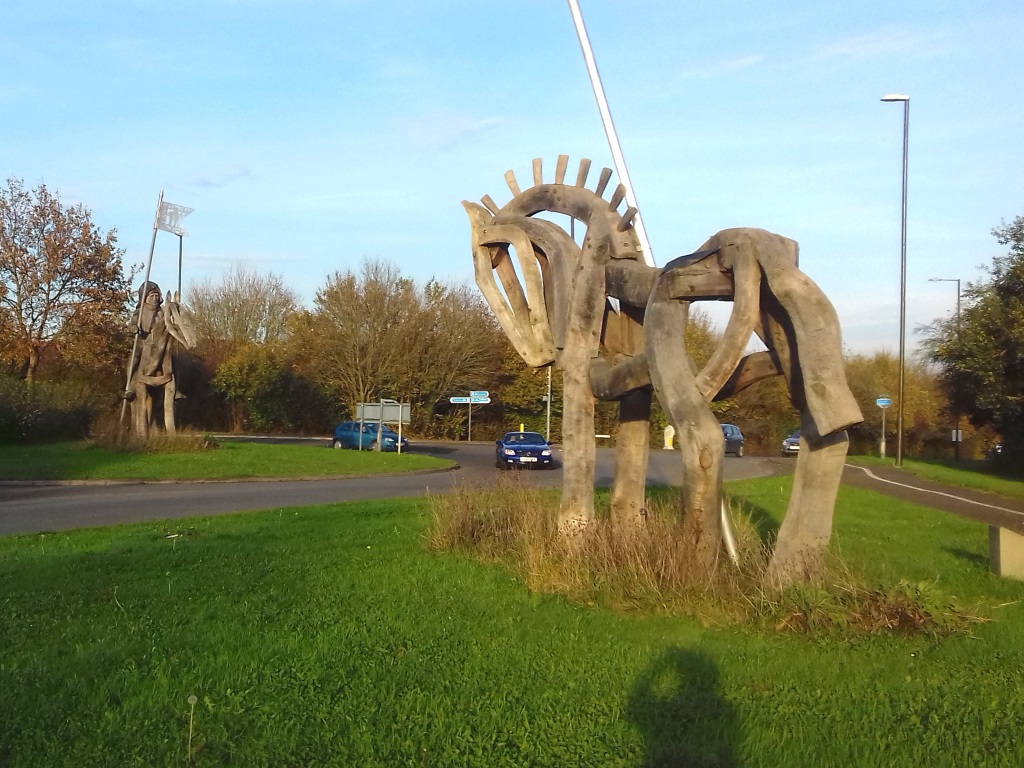 One final chance to navigate the 'Best roundabout in Britain', dressed to celebrate the Battle of Tewkesbury when the War of the Roses went from being a minor, neighbourly dispute to a major, national matter in 1471.

There's another nod to that back in town at the Roses Theatre, which is where Eric Morecambe collapsed and died backstage from a heart attack in 1984. 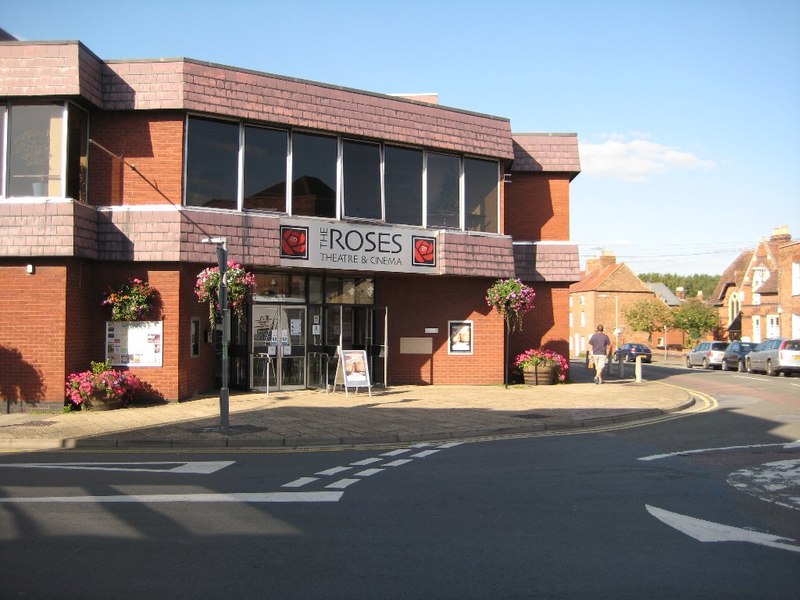 Not career suicide from too many Burger Pies but a lifetime of performance-related stress, they say, despite it always appearing effortlessly easy for him.

There are no performance reviews left to worry about, just a final, 250-mile drive north in the rusty-but-trusty Ford™ Focus™ via the M5, M42, M1 and A1(M) so plenty of service stations to snack at.