You'd best had get here early and the size of their car park is a clue. It's nearly as big as Bourton itself so yes, that means it might be busy, very busy, because here is one of the Cotswolds'[1] big hitters. 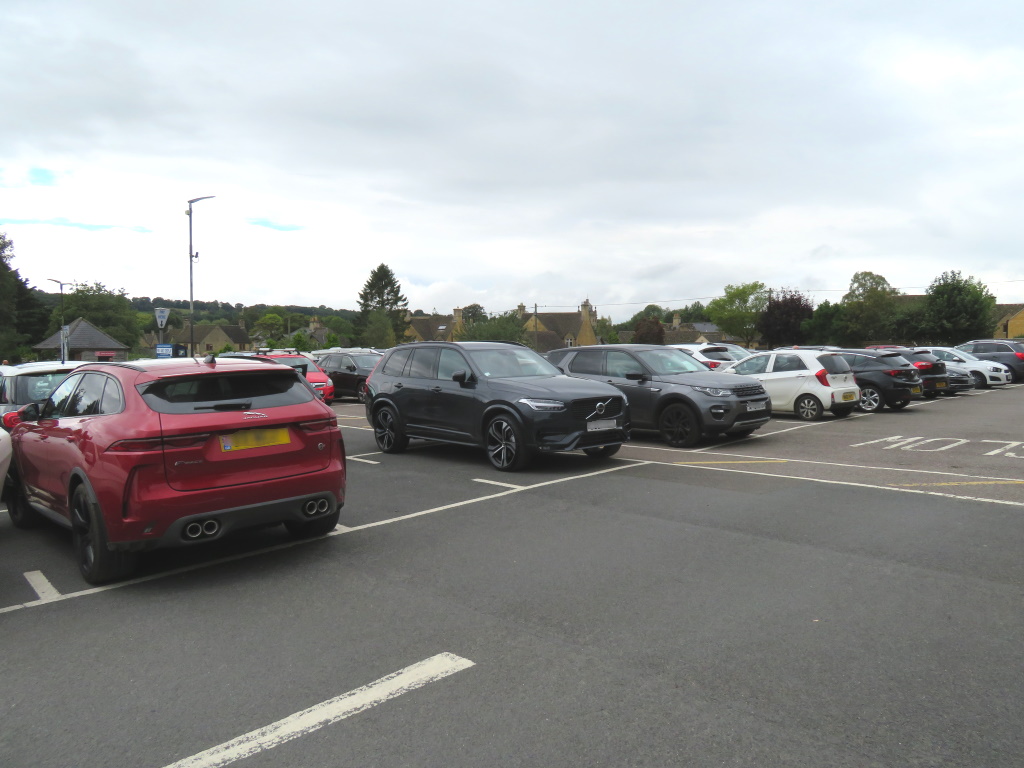 Inverted snobs who sneer at mass popularity will advise to avoid at all costs while others will wallow in the period backdrop. No strangers to the Yorkshire Dales on a Bank Holiday or to Ambleside at, well, anytime, SlyBob are, quite simply, simply curious.

[1] Everybody knows the name but nobody really knows where it is. Besides, people only ever visit here, Stow-on-the-Wold, Moreton-in-Marsh or Burford where all of the above equally applies and nobody ever goes anywhere else, anyways. 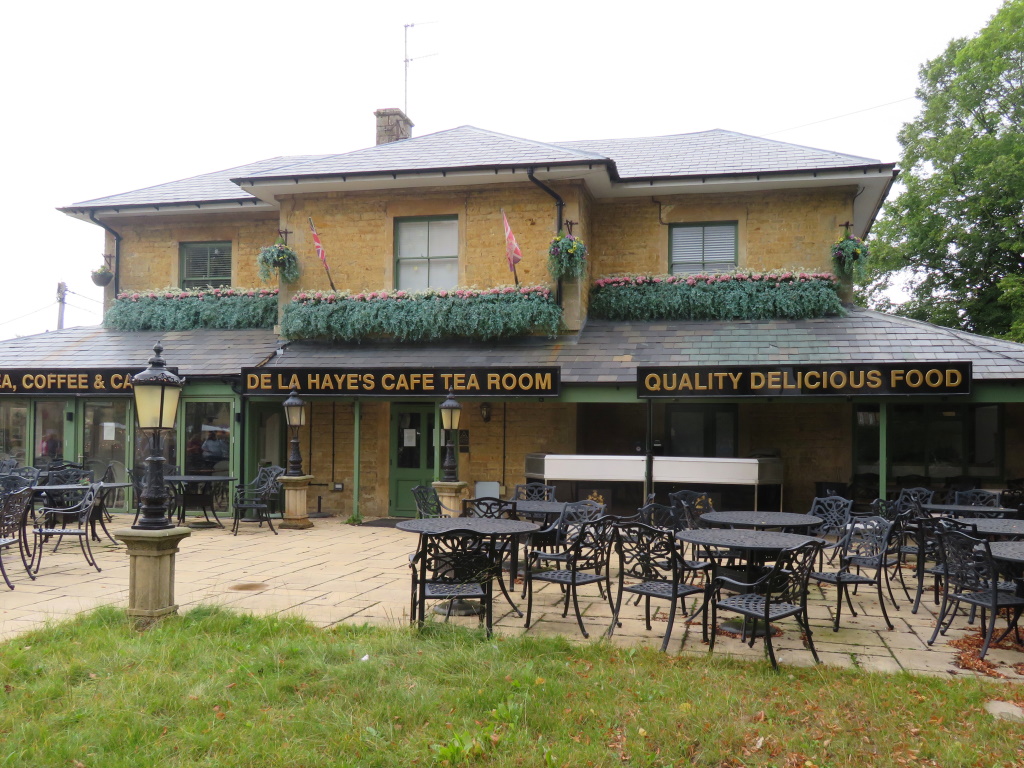 This cafe-cum-tearoom-cum-bakery-cum-pizzeria-cum-fish and chips provider caters to all tastes but that will now require a time machine. The operation closed mid-2020, reportedly a victim of you-know-what, and there's an opportunistic opportunity if you've a spare £2.8m in spare change.

£2.8m! SlyBob were initially interested until the bakery bit. That'll involve a 5 AM start, probably, so thanks very much but we're oot.

£2.8m! That's the real reason for mentioning a defunct operation but it's another hint as to the kind of place Bourton is.

There's a far less risky return on investment at the outdoor tables of the Bakery on the Water where the water has a wheel and where the water is the River Windrush but more on that in a minute. 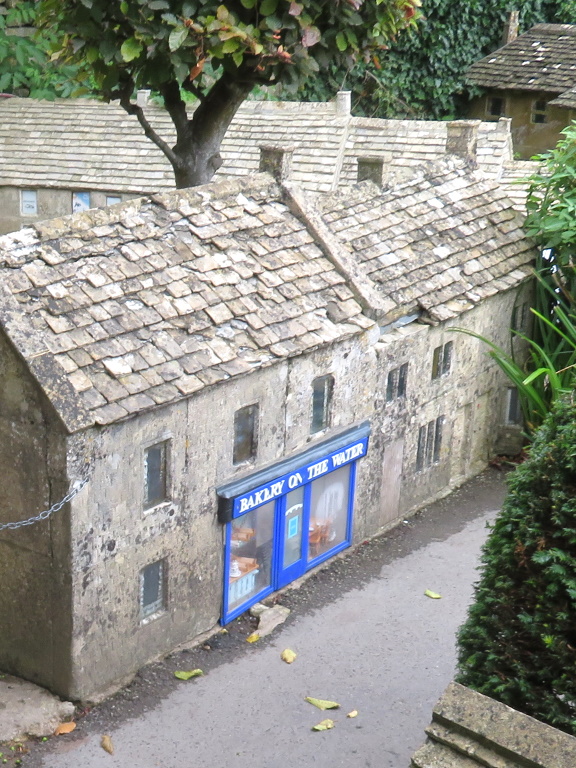 Here also provides a view over to the queue for, and the entrance to, the Cotswold Motoring Museum & Toy Collection where a succession of wives and girlfriends suddenly realise why they're in Bourton today[1]. 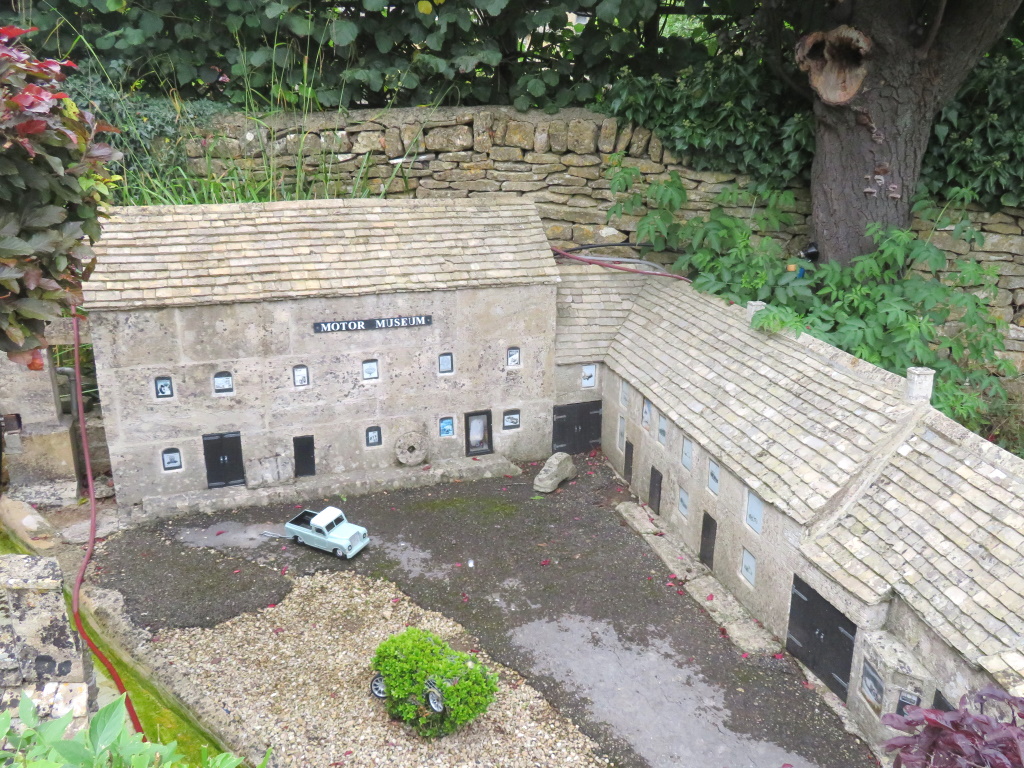 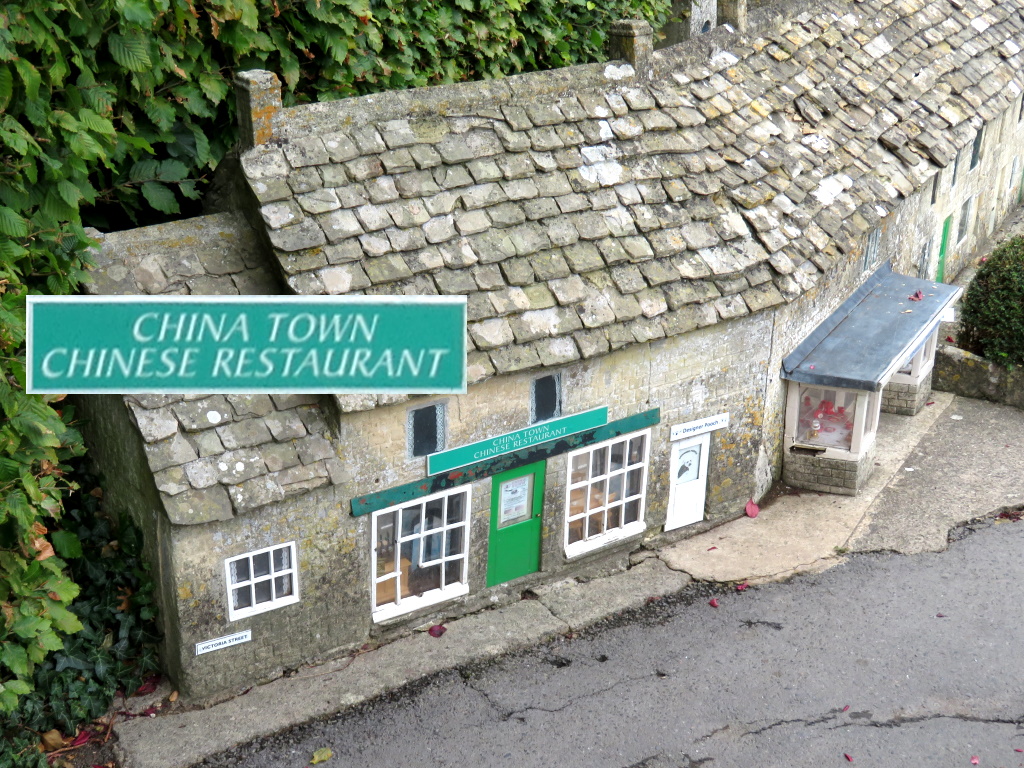 One of the reasons for De La Haye's' demise was the downturn in visitors from the Far East, which really means there weren't any for quite a while, so they're now catered for in downtown Bourton's Chinatown.

[1] Don't, however, expect to see Jezza 'Clarkers' Clarkson in here, most days. He might live in these parts but he's too busy running a farm, these days.

Remember the River Windrush? Well, here it is here running through the village with its wide, grassy bank and low, stone bridges all prettily and pretty much responsible for Bourton's popularity, probably. 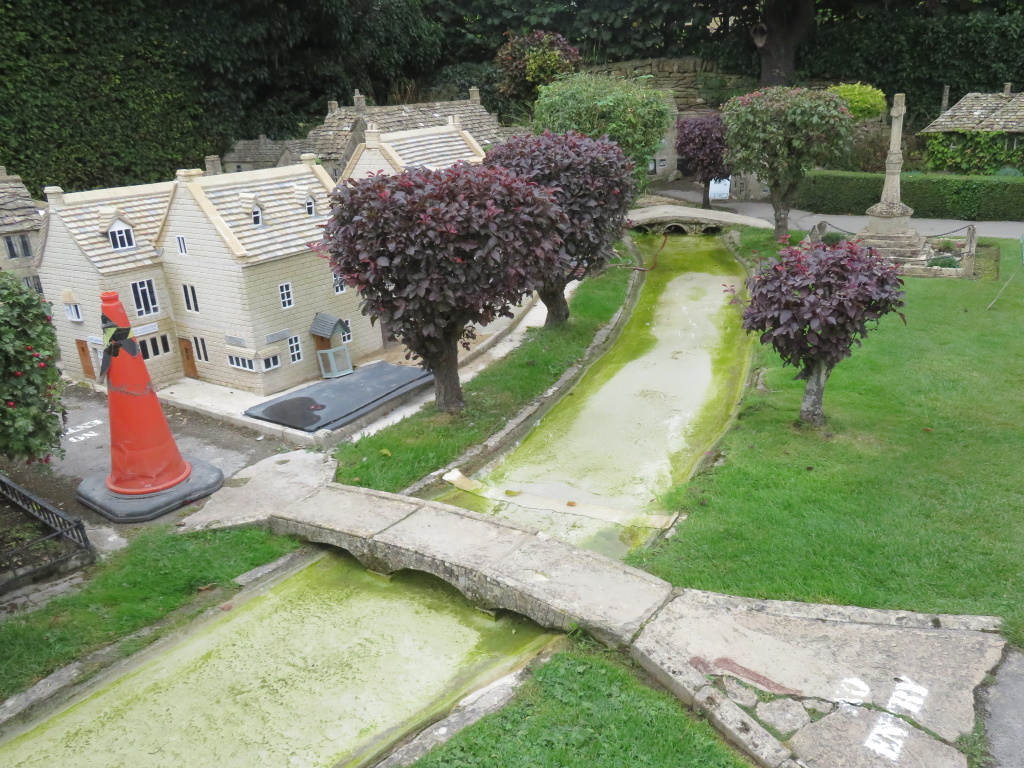 It keeps the high street at a distance from the backstreets where there's not a great deal of difference due to every available space being utilised as either an emporium or a fleshpot. 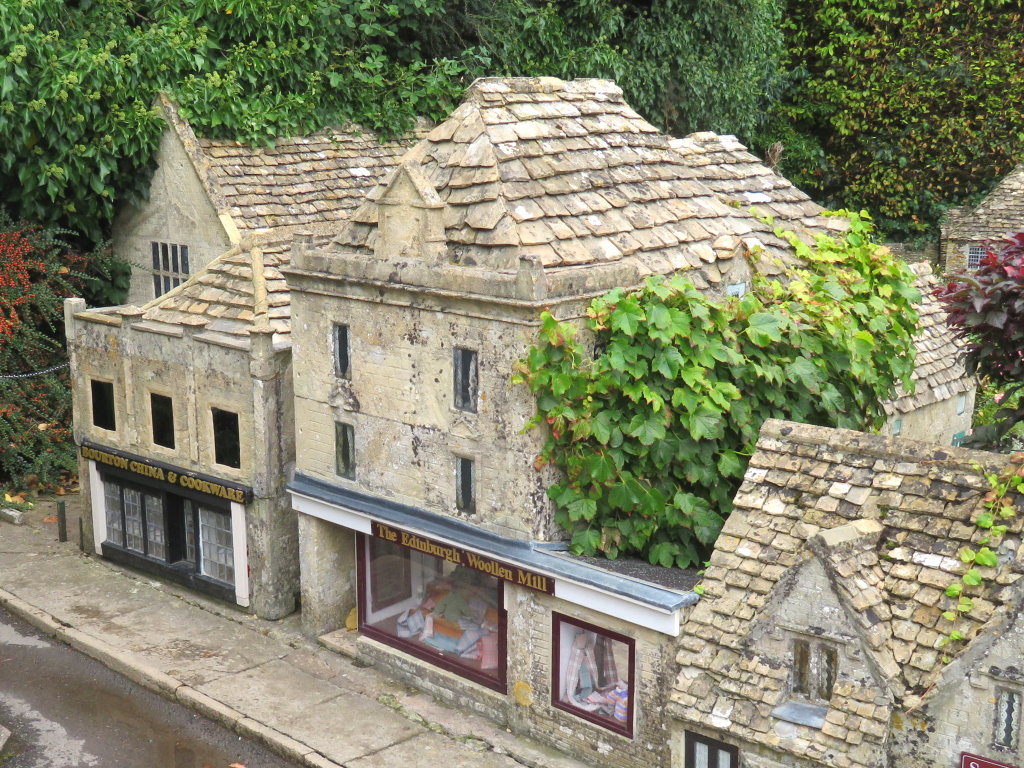 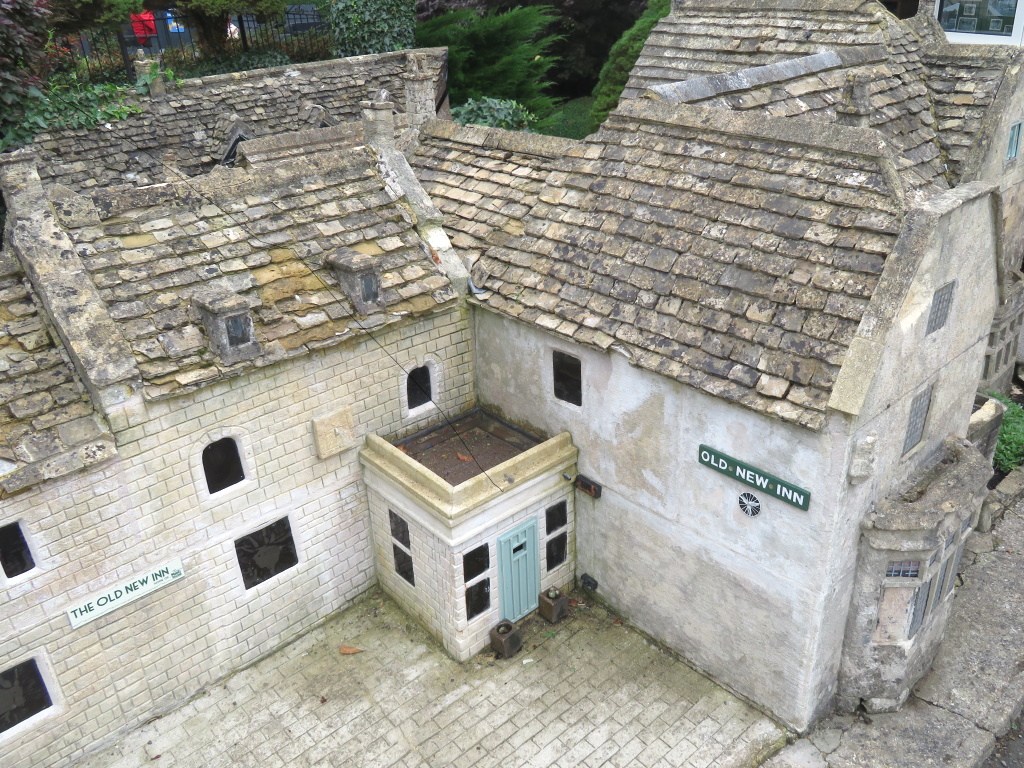 It's all of this that sees an estimated 300,000 annual visitors to the ' Venice of the Cotswolds' and while they might not all be here today, it looks like they were the last time Google™ was in town.

Regular readers, yeah right, and eagle-eyed observers may have noticed something amiss with these pics. Despite the big big-up to Bourton, the Windrush runs dry and things look a little ramshackle not to mention what's with the 50-foot-high traffic cones?

Bourton has a model village, of course, something that's right up SlyBob's street despite inexplicably overlooking the one at Corfe Castle. Not much has changed since the '30s, which is why the more modern De La Haye's' is missing, and it's built at 1:9th of the scale all with the same Cotswold stone. 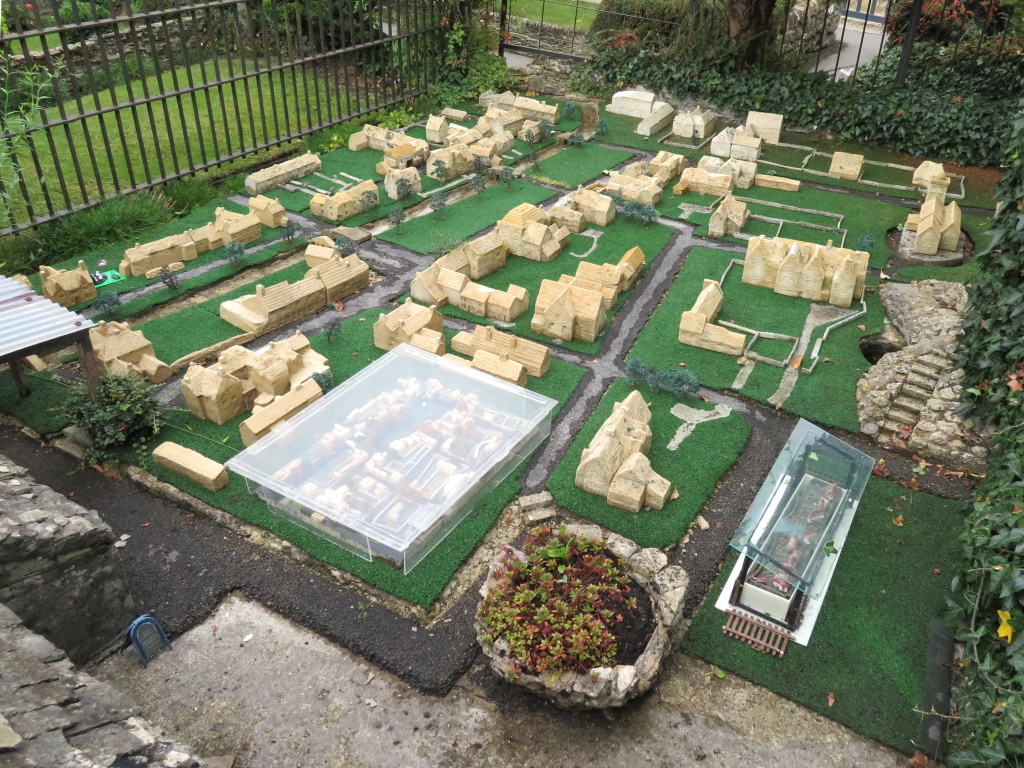 Not wishing to mislead, Bourton and the real River Windrush really look like this. 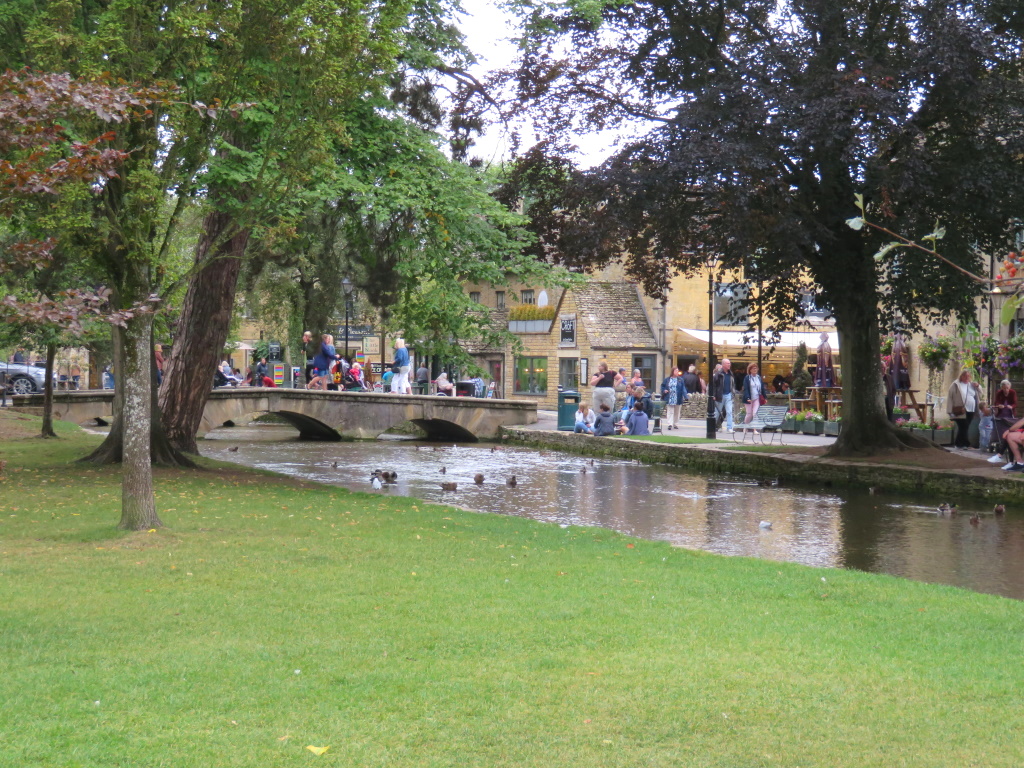 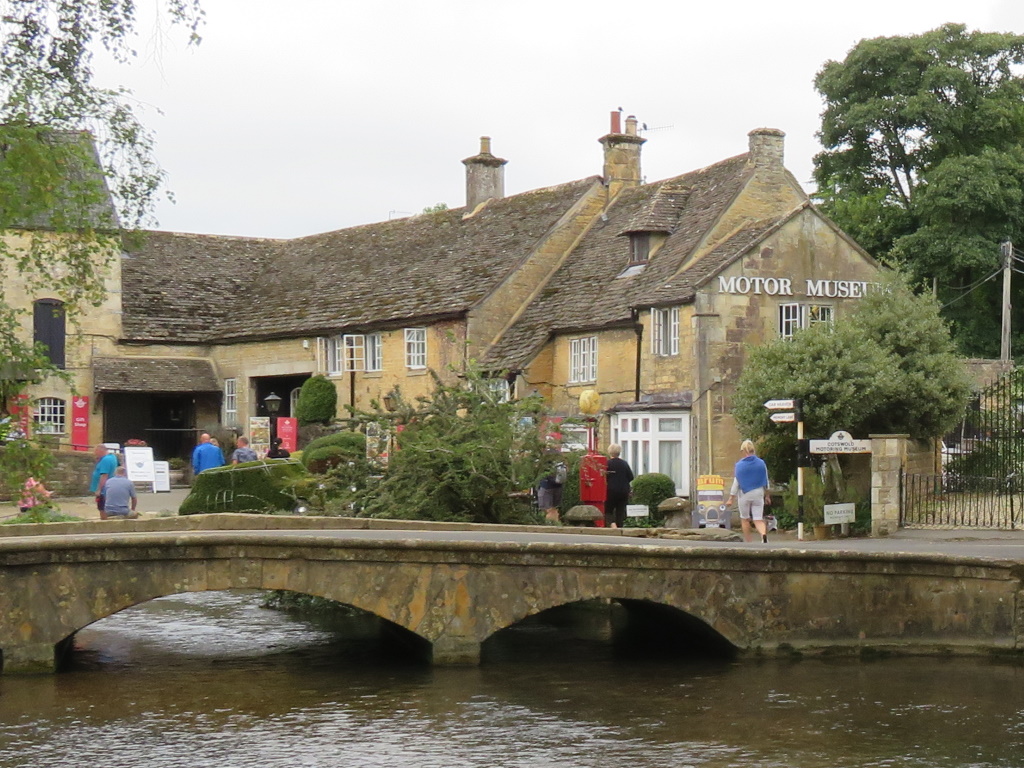 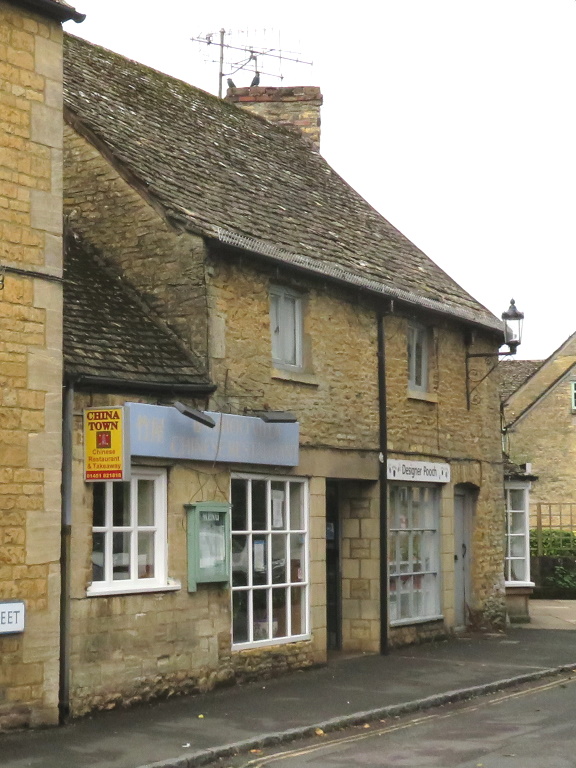 And the real emporiums. 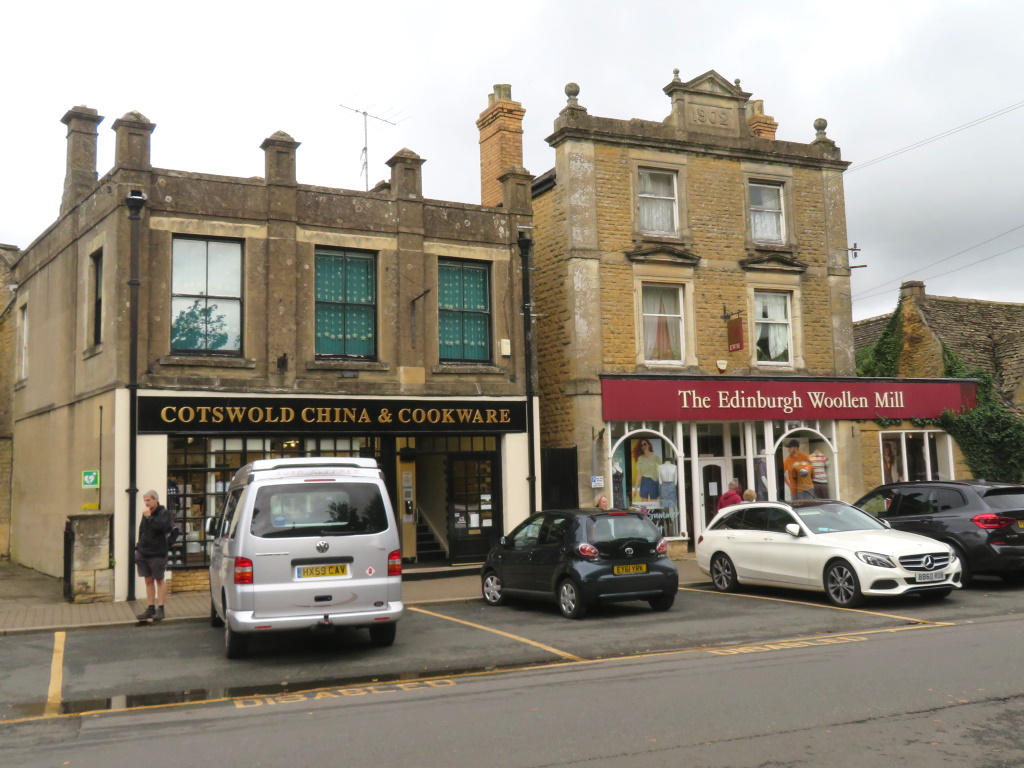 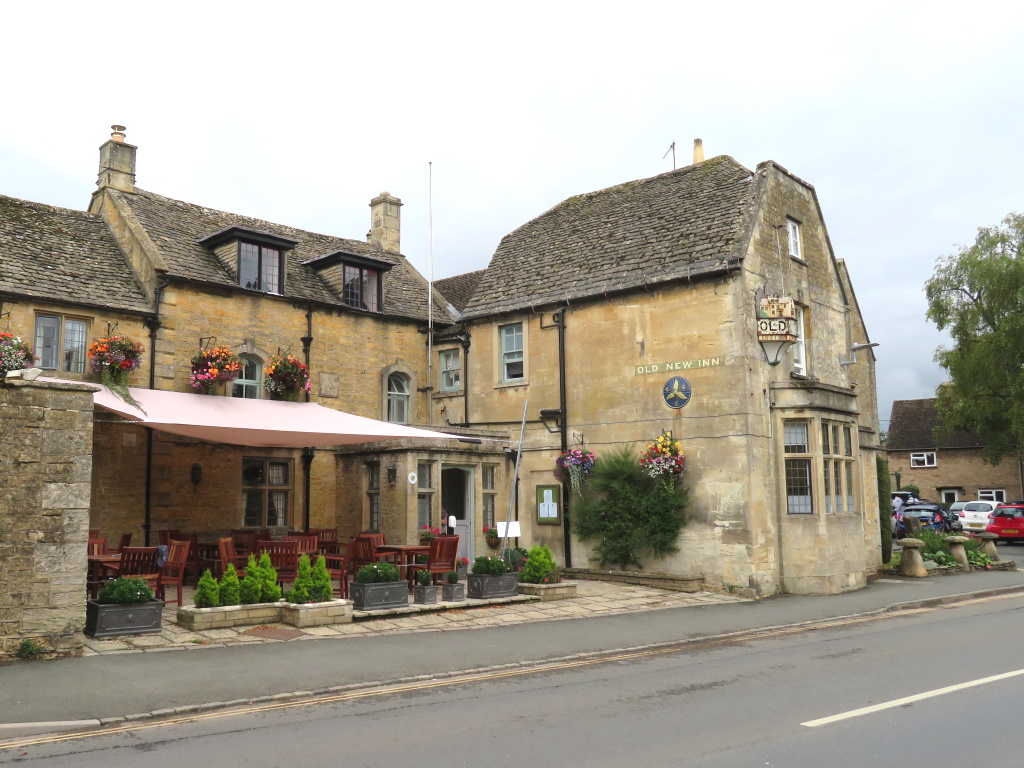 And the real fleshpots.

Not all of the retail is given over to the frivolous and unnecessary with the occasional outlet selling things that people might actually need. That includes everybody's favourite, a good ol'-fashioned hardware store that's family run, hopefully. 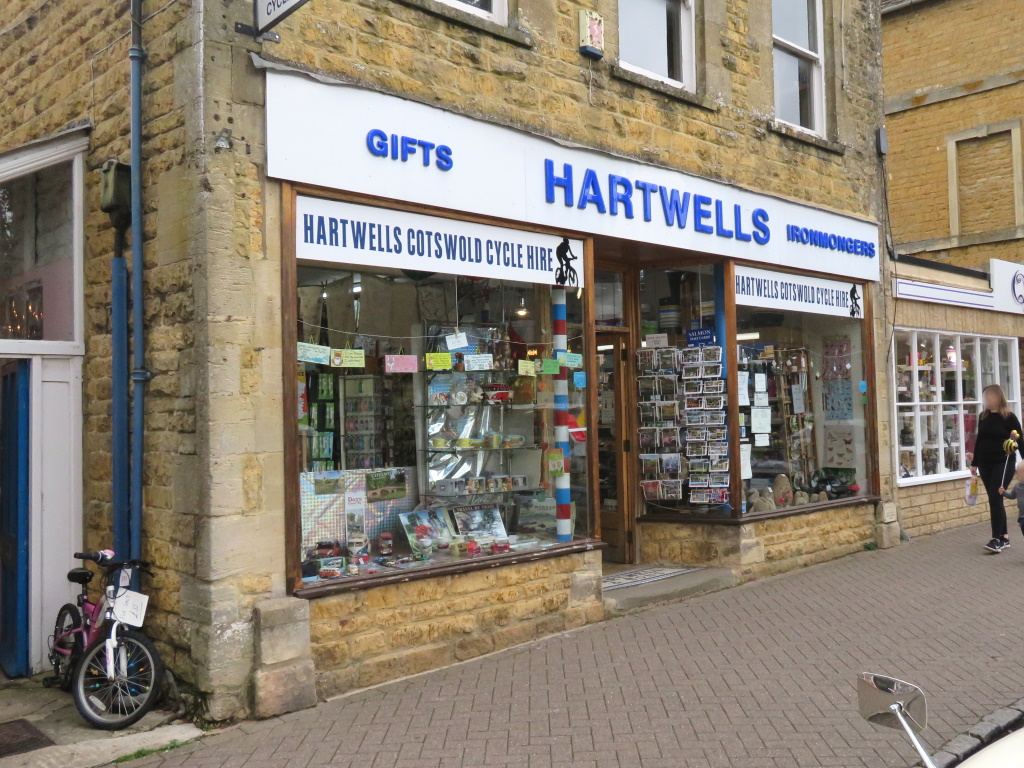 Bob loves these places, it's thought to be the smell, which is that of grandad's shed, and could easily spend an hour inside although there's often an obligation to buy a small bag of screws or some shoelaces. Today it was some duct tape to fasten that flappy front mud flap although a full roll wasn't really necessary.

Land is at a premium in these parts, you see, and to include an accurate, scaled representation of their giant car park, they'd have to find another half-a-football pitch from somewhere for that!