"Hey Jezza, what time's the tattoo parlour open?" shouts David Beckham from the wound-down window of his Rolls Royce™.
"How would I know?" replies Jezza 'Jeremy' Clarkson smugly and cleverly answering the question with a question.
"I've got Clarkson's Farm™ to run but I can see from your resting arm that the tats are looking a tad tired and tatty, these days."

Other notable members of the Chipping Norton 'set' include former PM David 'Call Me Dave' Cameron and ex-News International™ CEO Rebekah 'Not Rebecca' Brooks, now the CEO of News UK™, which is the same thing, really.

They've not got quite as much to say for themselves, roaming the streets haunted with the guilt of unseemly involvements in Brexit™ referendums and phone-hacking scandals, respectively, a shoeless Rebekah wailing at passers-by about a lost laptop, or something.

This is all nonsense, of course, there is no tattoo parlour in 'Chippy', you'll have to head to Banbury for that, and that, perhaps, says something about the town and the media, political and show-business cabal who invaded in the noughties, eh?

Here is part of the Cotwolds, just, an area of England that everybody knows the name of but nobody really knows where it is. It's a first for SlyBob and the eastern edge has been breached en-route to somewhere else but they didn't mention how hilly it is.

Not in a rolling-hills-out-of-the-window kind of way but the rollercoaster ride of the roads and the inevitable towns at the top. That's the case with Chipping Norton, anyway, and you can park up for free halfway up and off the A44. 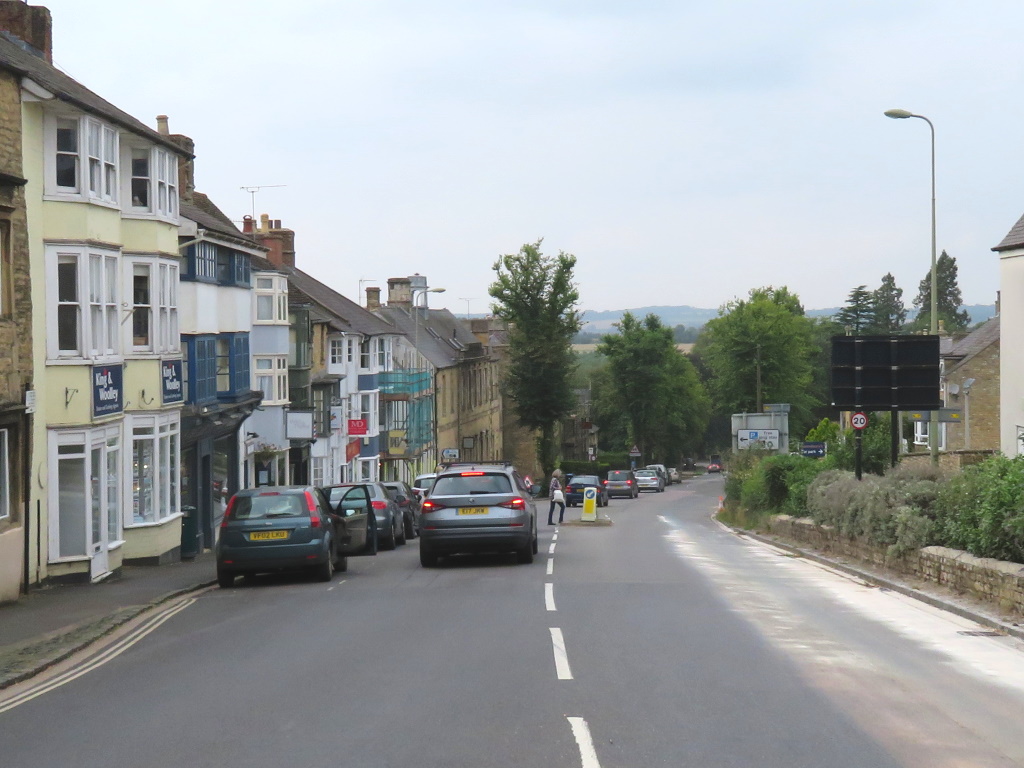 Hang on a minute! Up the A44? That means you must have come in from the west and you're already in the Cotswolds? This is starting to stink more than Alex James' cart!

It's a fair cop and apologies for the misdirection. This pair of mugs tried to pull into Moreton-in-Marsh earlier, you see, but their vast car park couldn't accommodate.

See also Stow-on-the-Wold, Bourton-on-the-Water and Burford, the only places in the Cotswolds anyone ever visits and either beloved by those of a period backdrop or sneered at by inverted snobs who snub mass popularity.

Despite its reputation, Norton's high street is surprisingly functional selling things that people might actually need. Sure, a handful of your trendier independents jostle with Boot™s and WHSmith™s for business, all occupying the bottom floors of the former Georgian townhouses. 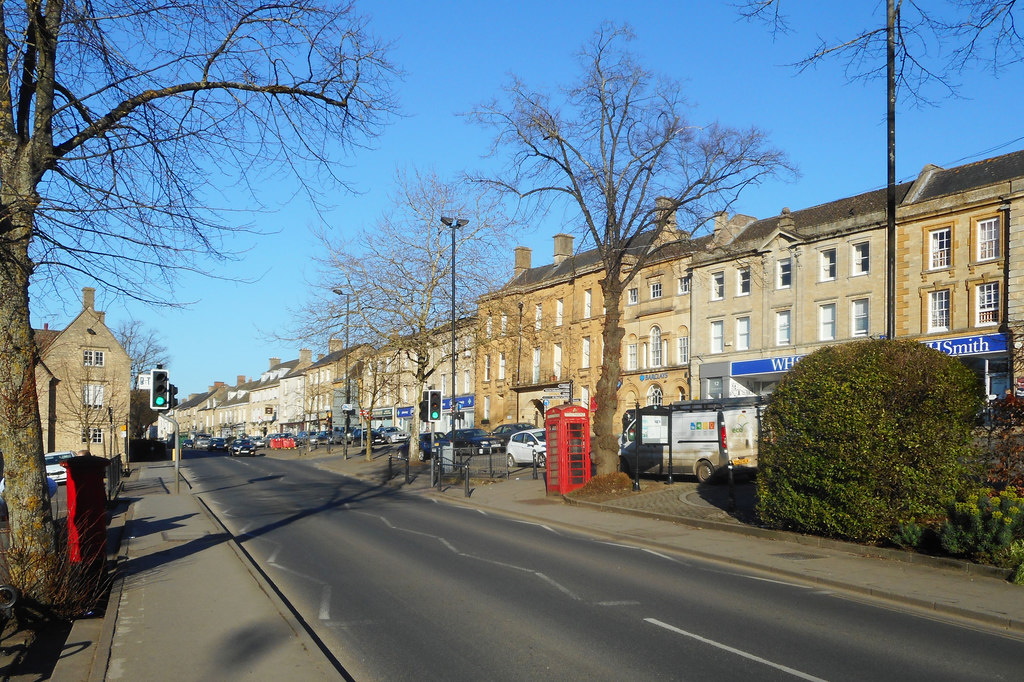 It's a bit of a surprise, then, to find that none of this is really screaming exclusive and it's just the The Chipping Norton Tea-Set who look to be playing to the crowd.

Not, as first thought, a swanky tearoom, however, rather a swanky, catering operation, to be fair.

Somewhere else where they're playing to the crowd is inside the town hall, which houses a theatre stage but is also available for weddings and bar mitzvahs. 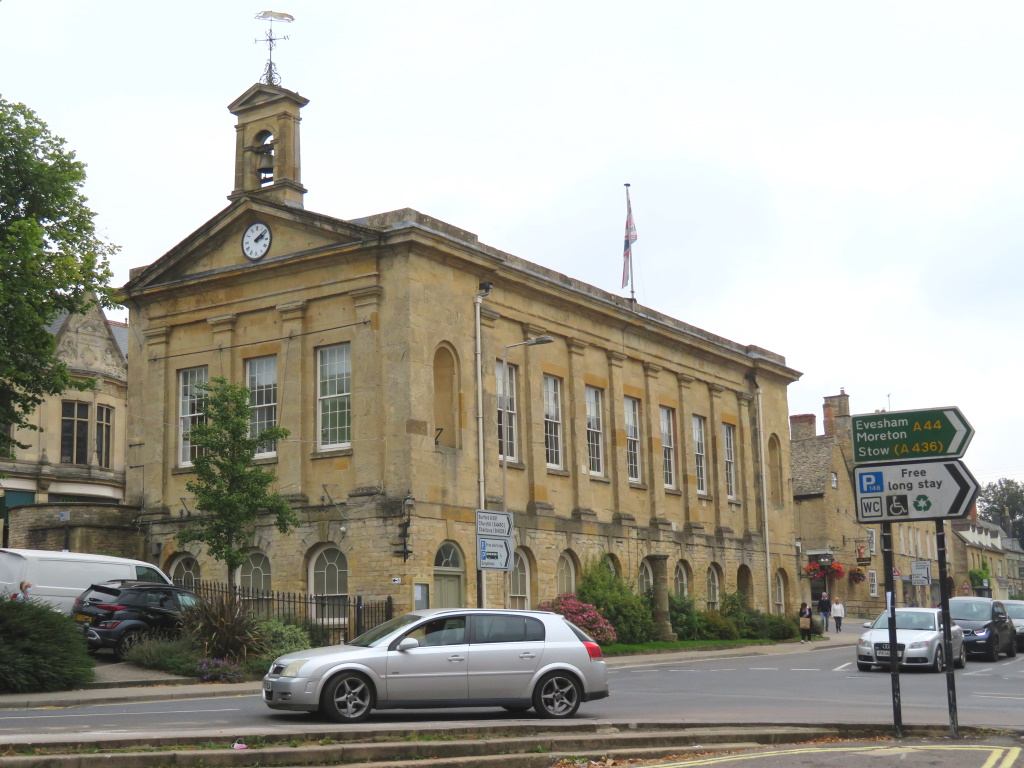 Twelve Angry Men? More like 56 based on the number of letters of objection to Clarkson expanding Clarkson's Farm™ but more on that in a minute.

There's slightly more of a village feel just down on Middle Row and then behind on Market Street. 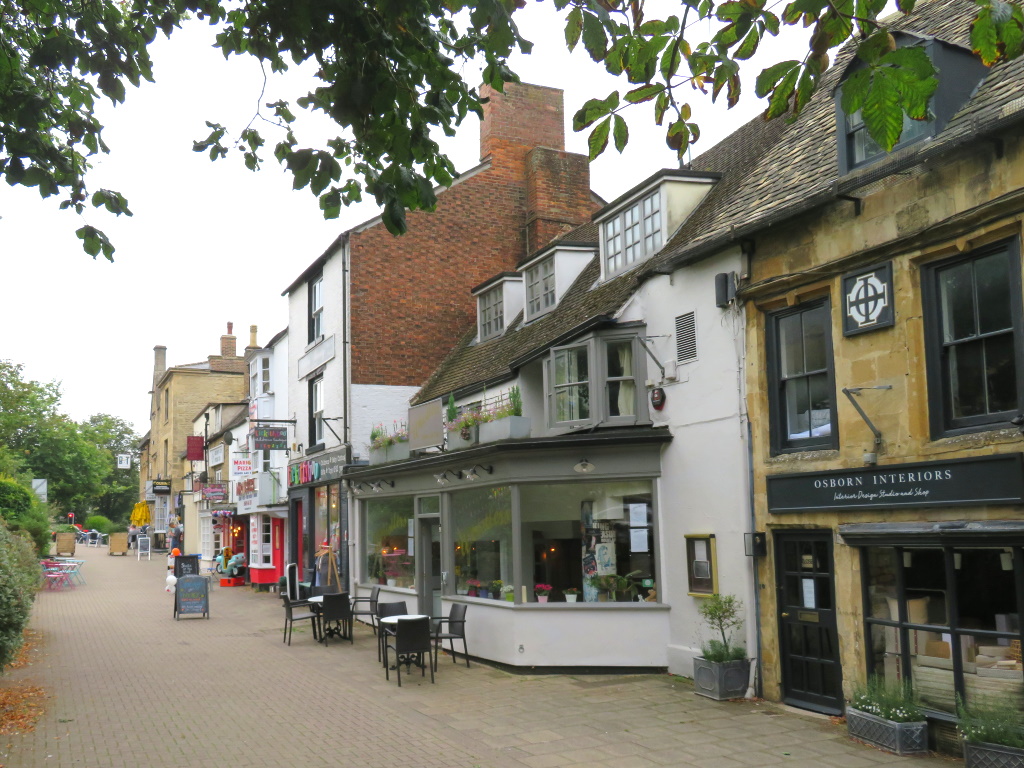 Chipping from the Olde English cēping meaning market, of course, although it's hard to imagine where they squeezed the stalls in here since there's much more room outside of WHSmith™s.

It's in and around here that you'll also find Chippers' real theatre, a cosy yet popular venue that's also no stranger to the celluloid. Look Back in Anger? Apparently so as Clarkson left the district council meeting after the refusal of permission to extend Clarkson's Farm™ but more on that in a minute.

Having run out of shortened forms, it's back to calling it Chipping Norton but things in Chipping Norton also seem to have run out. Away from the high street, it's mostly residential, you see, albeit with a random lido[1] bang in a bit of it if you've brought your Speedo™s.

Wonder if it's worth checking out Clarkson's Farm™?

[1] Is it lee-doh or lie-doh? Never quite sure but, either way, just call it an outdoor pool man!

It might sound like SlyBob are huge fans of Clarkson but that's genuinely not the case even if Lucca was once went to on the back of one of his motoring stunts. No, it's only today that the technology indicates that Clarkson's Farm™ is only a few miles south of here and not too far out of the way on the way to somewhere else.

The residents of Chadlington, however, are, quite frankly, furious. Traffic through the formerly quiet village is said to be 'chaotic' with visitors queuing for hours for a knick-knack that, get this, might not have local provenance. Unless Clarkson has managed to cultivate a genuine mug tree or is growing his own cotton for hand-loomed t-shirts then obviously not and scented candle bushes aren't thought to be growing in his orchard, neither.

It's a complete coincidence, then, that by the time this cobblers is being compiled, West Oxfordshire District Council have just refused Clarkson permission to convert one of his lambing sheds into a restaurant.

In complete contrast to his petrolhead persona, the countryside-loving Clarkson argues on behalf of struggling, local farmers while objectors scream 'Landscape', 'Horse', 'Blot' and 'Trojan' in his contrite direction.

With you-know-what no longer top of the news each day, this 'story' is deemed worthy of reporting and the outcome will no doubt be appealing. That's this pair's interpretation of events but what's that you ask? The name of the farm? It's called Diddly Squat.

Yeah, that's about the same number of people who are reading this nonsense, these days.