Things are initially confusing on the high street because, just north of the Cairngorms National Park, there's a fast food takeaway here advertising property for sale... in Germany! 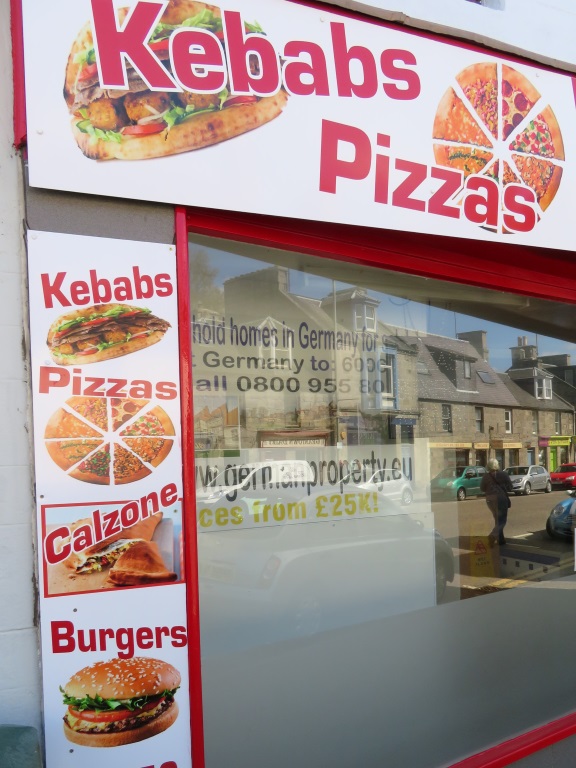 An unusual sideline, yes, but their Hamburgers are good, it's said, and contented locals can be seen Mönchengladbach again for more tomorrow.

They're also a sports daft bunch and here is where the Scottish 2018 Commonwealth Games team trained for some of the outdoor events, honestly. 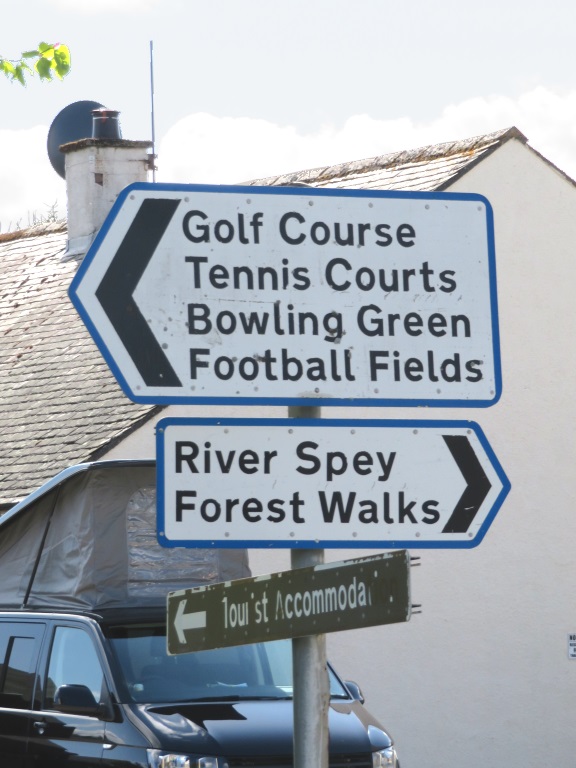 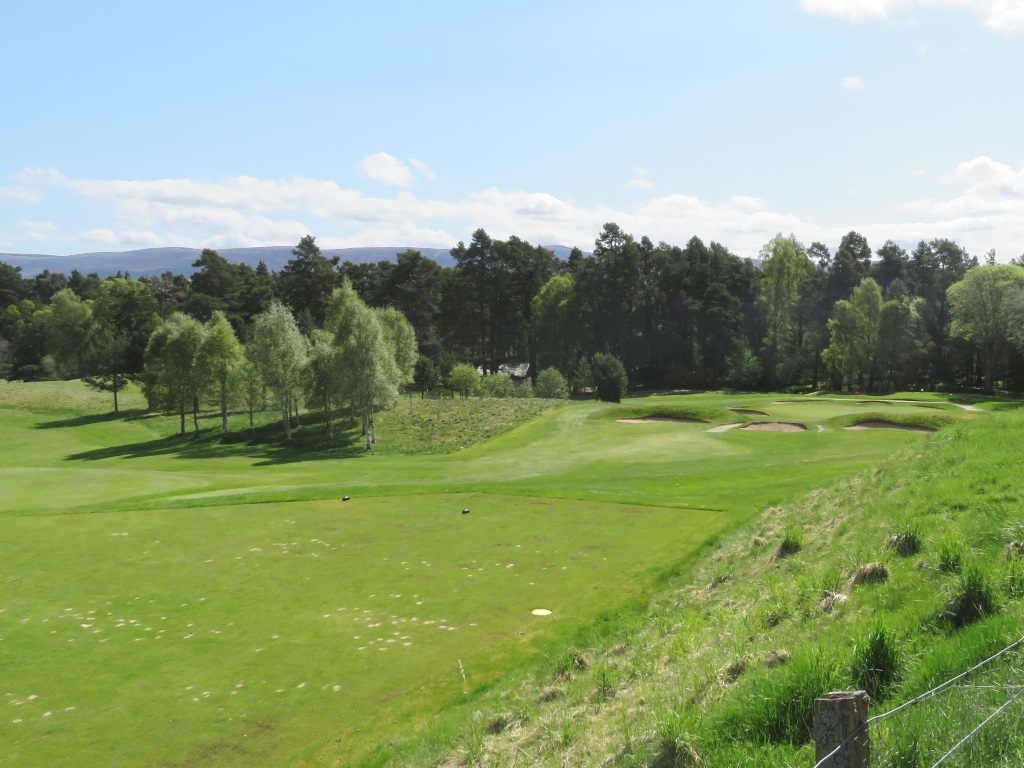 Despite there being no golf, it all paid off with Alex Marshall winning a record, fifth gold medal in the lawn Berlin.

[1] Where the pudding's not black but strictly fruity.

Meanwhile, back in reality, the Essence of the town is that of a carefully planned development with a, now all too familiar, grid layout. 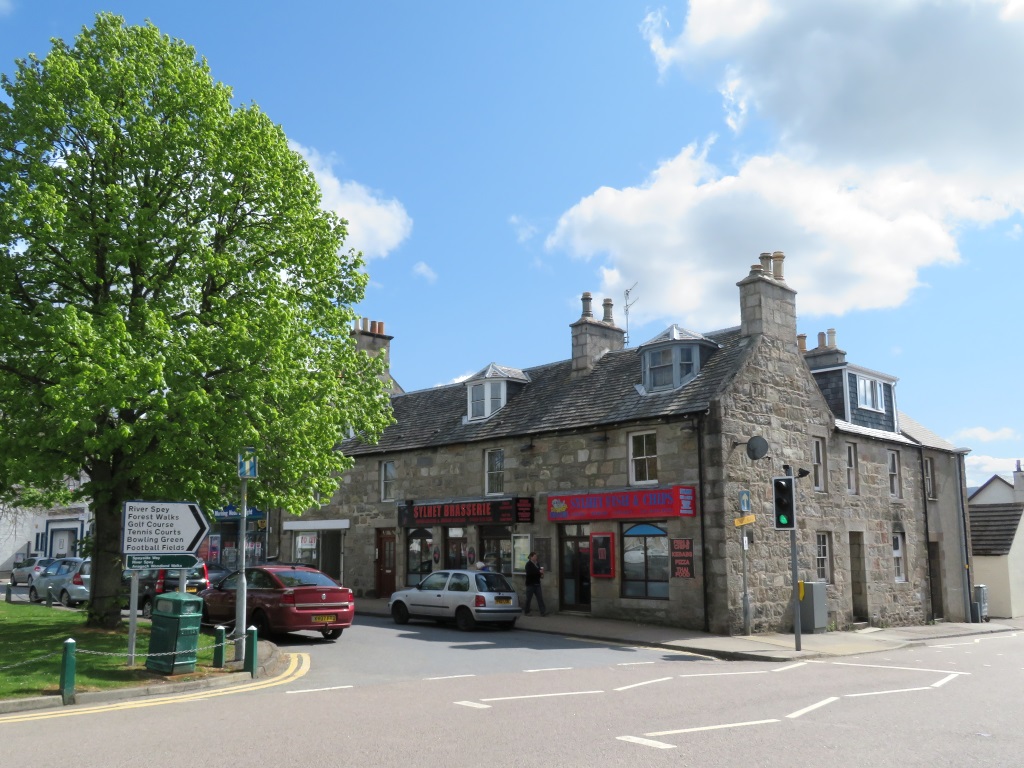 Sir James Grant, 8th Baronet of Colquhoun, no less, was part of the line that named that toon and he laid out the lines in 1765. He also went by the byname of the good Sir James so not quite the Münster those landowning aristocrats often were.

Second properties in Stuttgart aside, it's fairly standard fayre until some greenery adds elegance and width to the Mainz street through. 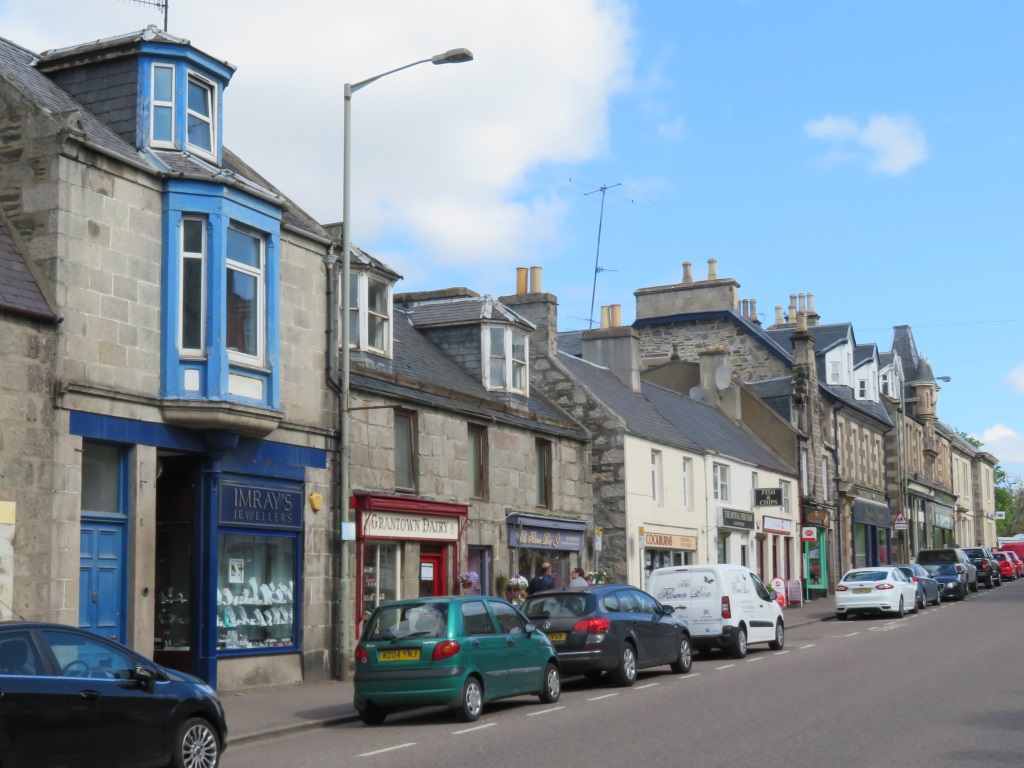 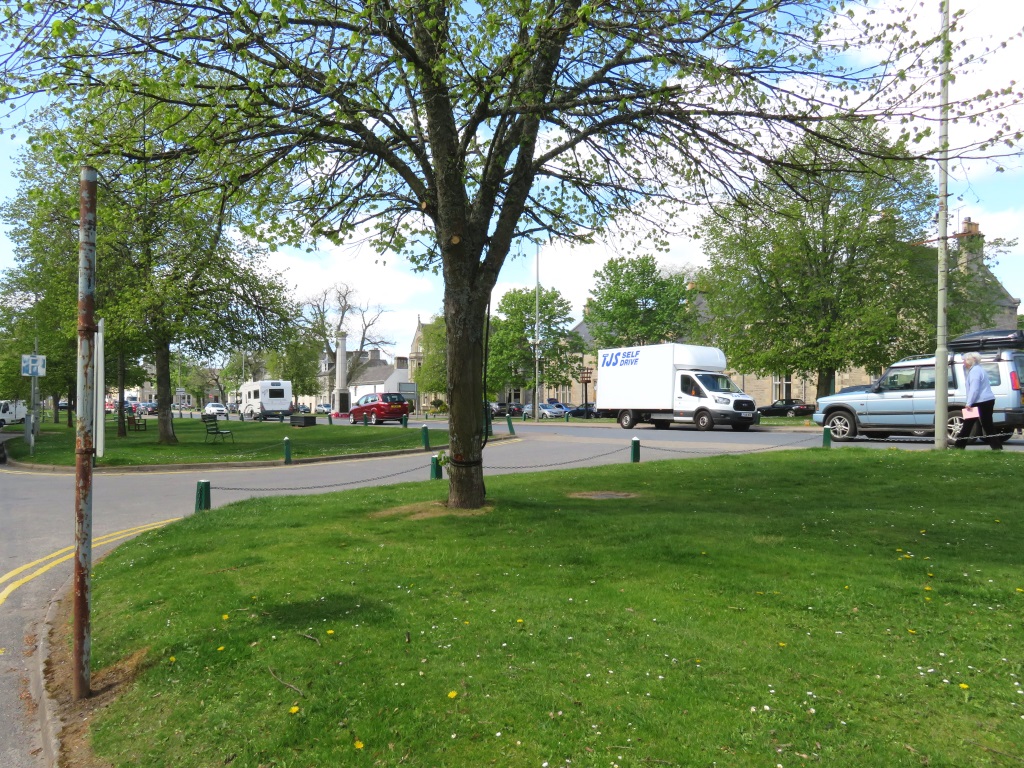 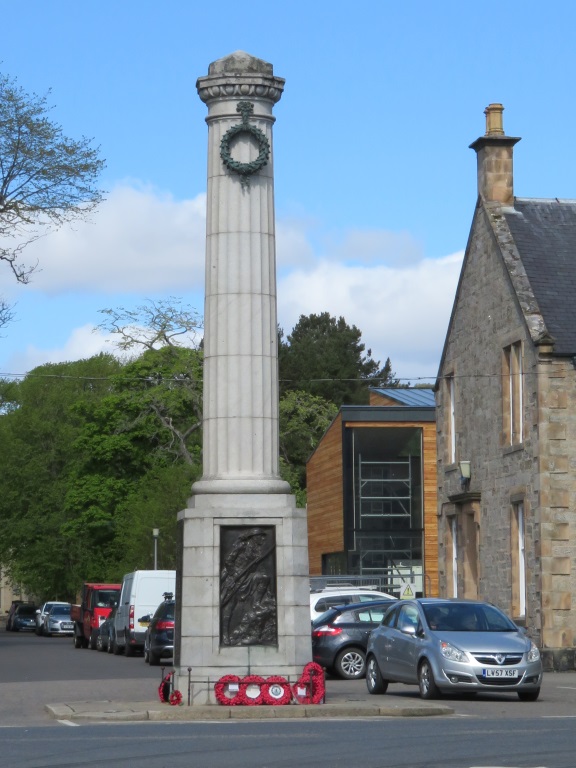 The war memorial is impressive with this Wuppertal enough to respectfully honour those highlanders lost during both world wars.

Slightly older is the Regality Cross and that'll be 1694 older. William I and his missus, Mary, granted Castletown of Freuchie a Royal Charter, no less, and the Town and Burgh of Grant was born. 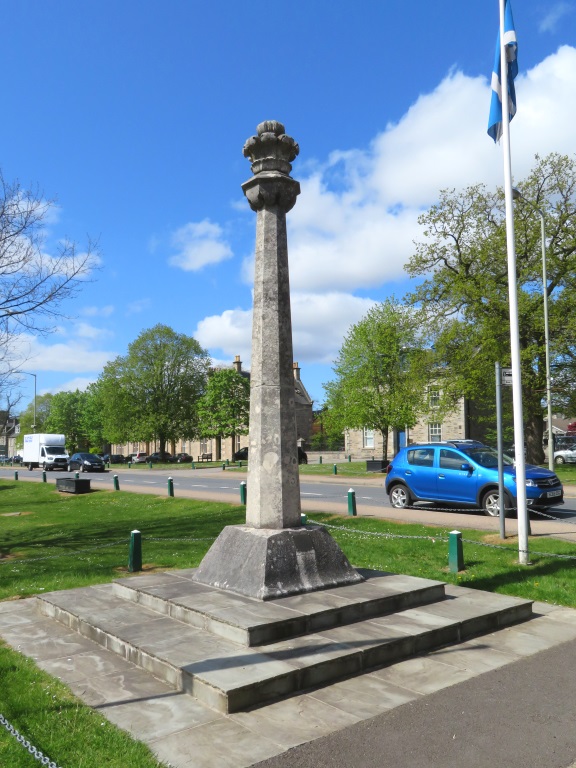 That all happened a mile north and when Grantown shifted south, the cross came with it. At least they think it did, the original went missing and nobody seems to know how, when, where, who or why.

The replacement didn't appear until 2015 although that nearly wasn't much to see, neither. The Chinese were charging too much, apparently, and a local builder went bust but it reappeared just in time to celebrate Grantown's 250th birthday.

There's history to be had at the visitor centre and small museum. A small admission is required to fill you in but it's probably just full of old Potsdam pans and stuff[1]? 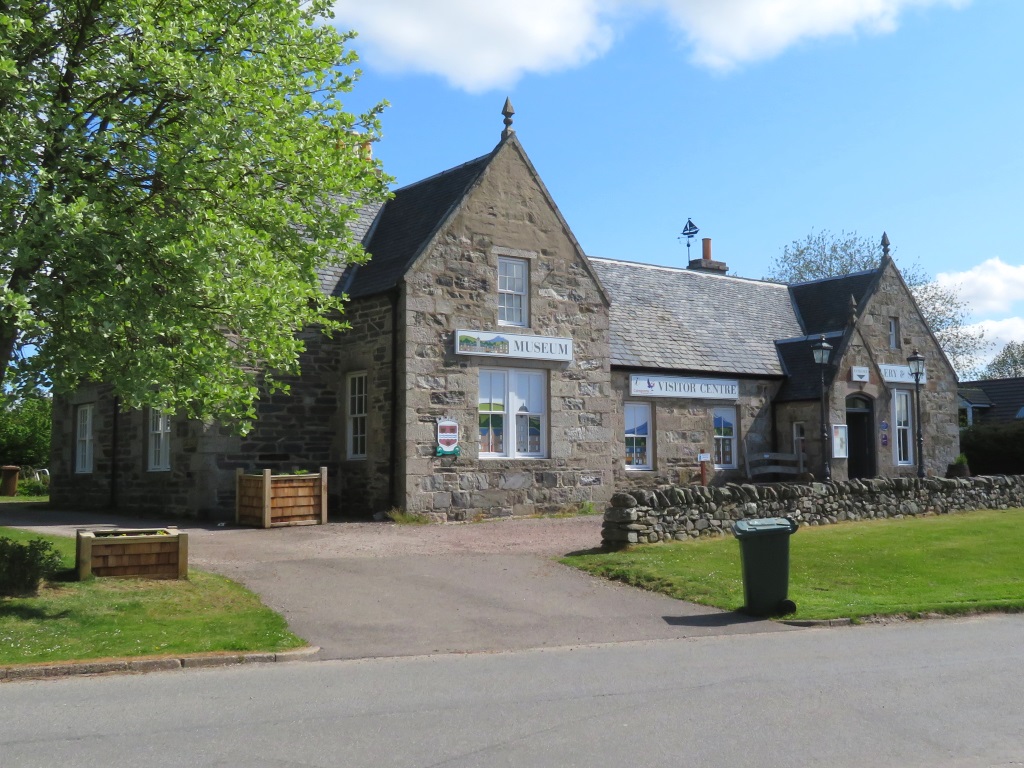 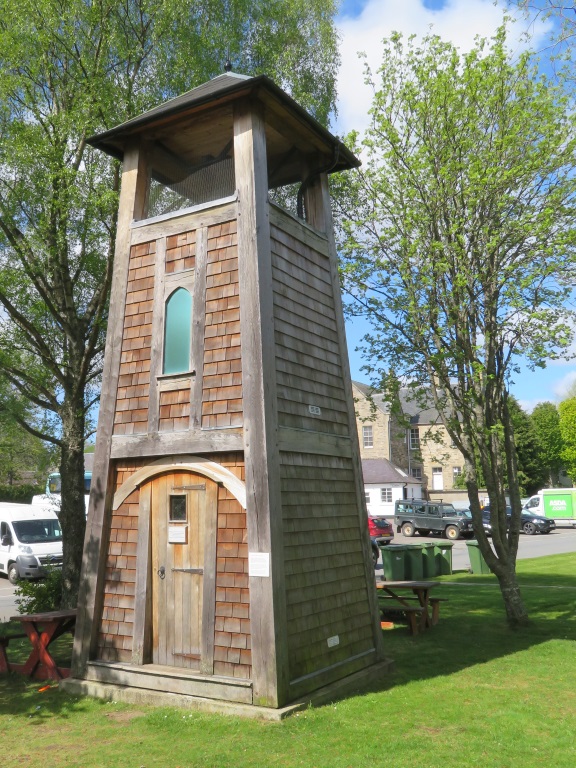 The wooden tower next to it was recently built to house the old town bell but, just like Big Ben at the time of writing, no longer goes Bonn!

[1] Further investigation shows this not to be the case and it's now known to have been inexplicably overlooked.

This place simply went by the name of Grantown and 'on-Spey' wouldn't be added for over another 100 years. It was tagged on to lure in the late Victorians, probably, who were starting to make the Erfurt to visit although the name's more than a little misleading.

There's an invitation for a walk in the woods and the River Spey is about a mile away. 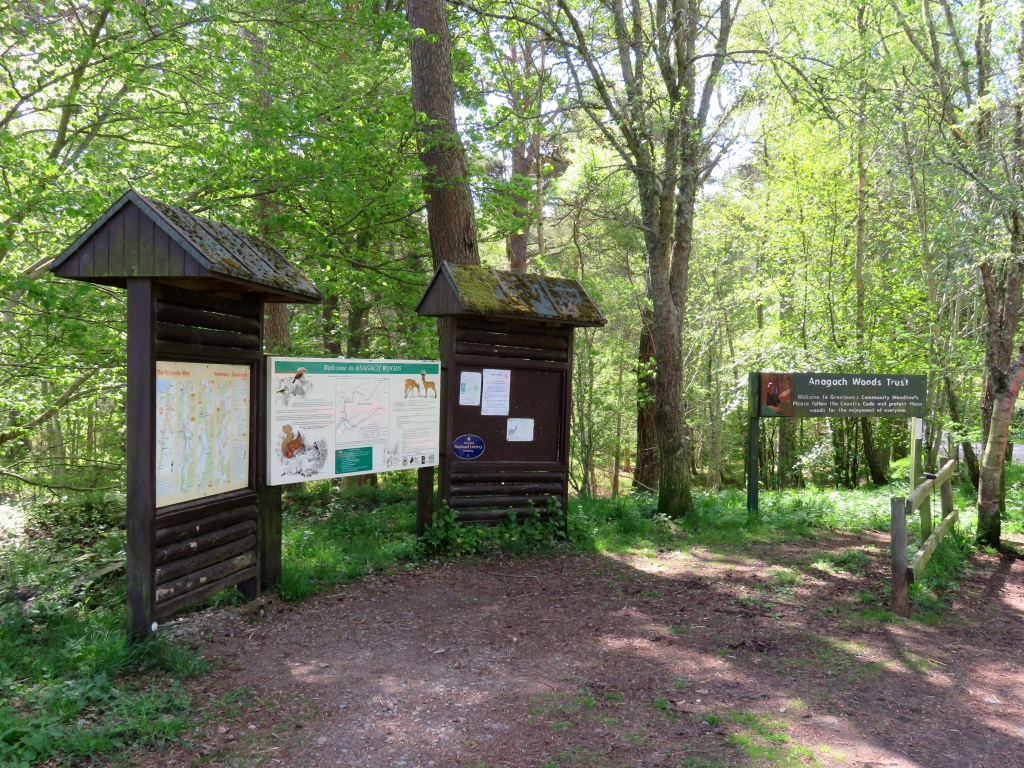 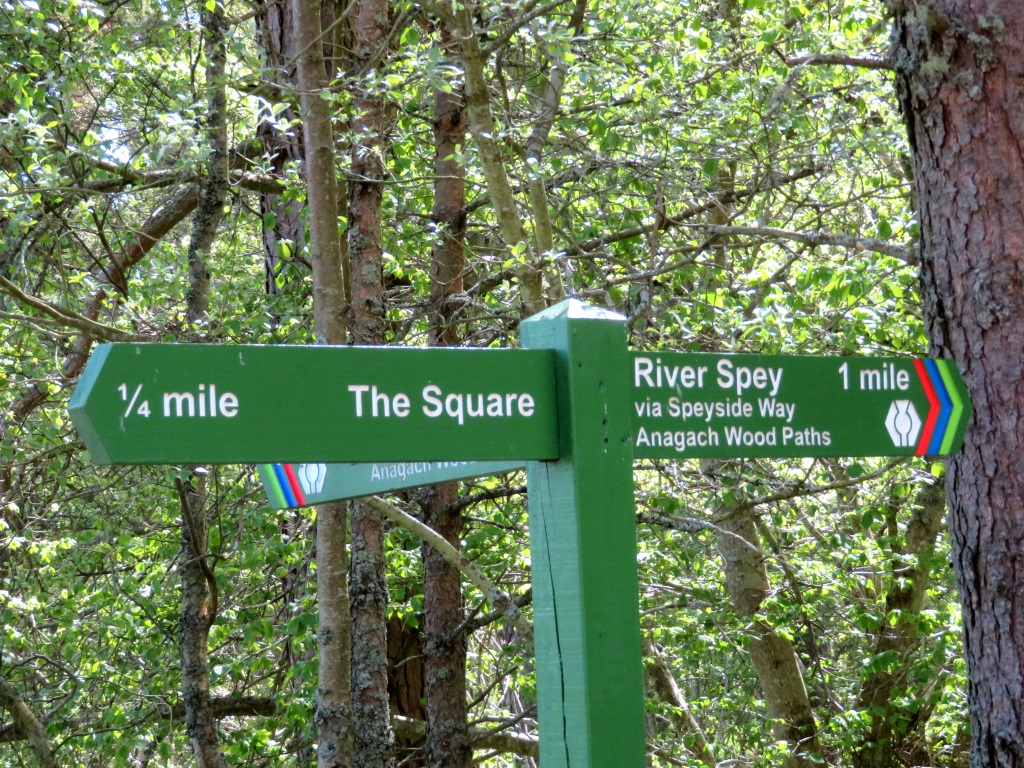 This, however, is just about still in Speyside, the best known of the whisky-making regions if a glass Bremen with uisge beatha tipples your fancy.

There's a strange-looking symbol been instilled on the brown road signs around these parts and, what's now known not to be a yurt, marks the Malt Whisky Trail

There are nine locations in all, most of them working distilleries, and doesn't that make a great day out for the designated driver?

The ramble to the river and back extends the stay by a leisurely hour-or-so before it's back to a car that doesn't appear to need unlocking. 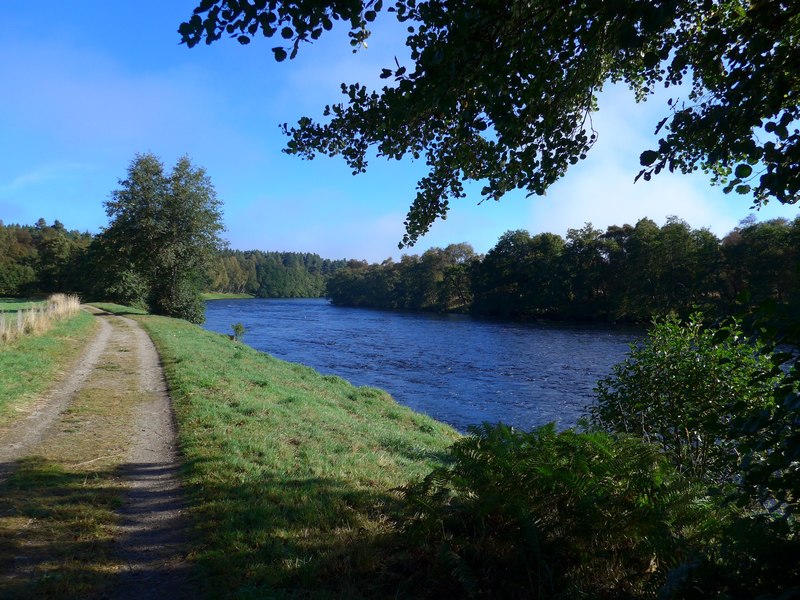 A quick mention to the good burghers of Grantown who didn't take advantage of a car with a wide open off-side rear door. Sly protests her innocence but, either way, the lifting of the laptop would have have put paid to all of this nonsense, which might not have been a bad thing, eh?

It's a good job the motor is still here, the train station's long gone and Stagecoach™ Highlands don't seem to run that much more frequently.

It could have ended up having to sleep under a hedge, on a braw bricht Munich  nicht, possibly.

Remember the Cairngorms? Well, they're not so far south and the rollercoaster ride on the A939 is one of only two ways through.

Despite being the highest public road in Britain, the site of a ski centre is something of a surprise. Aviemore's the other way, you see, and, being out of season, this boarded-up building is a sunnier, opposite version of the  Shining.

It's hoped the Lecht Ski School has security since, while they're stood empty waiting for the next whiteout, they might get vandalised or even Würzburg-led! 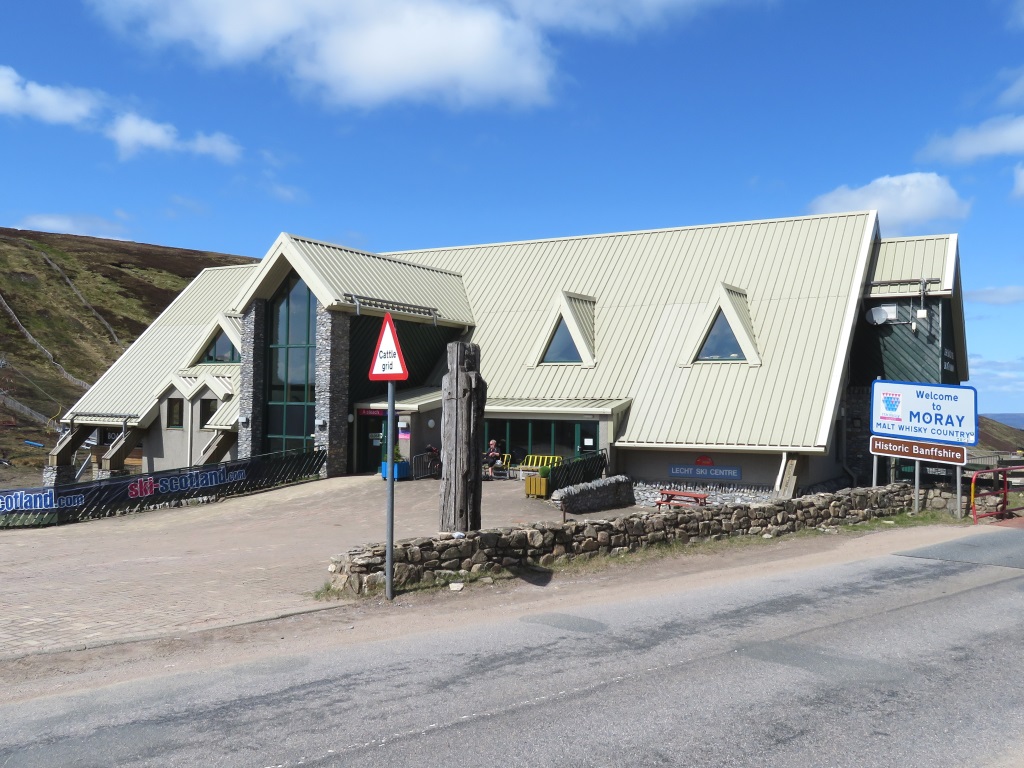 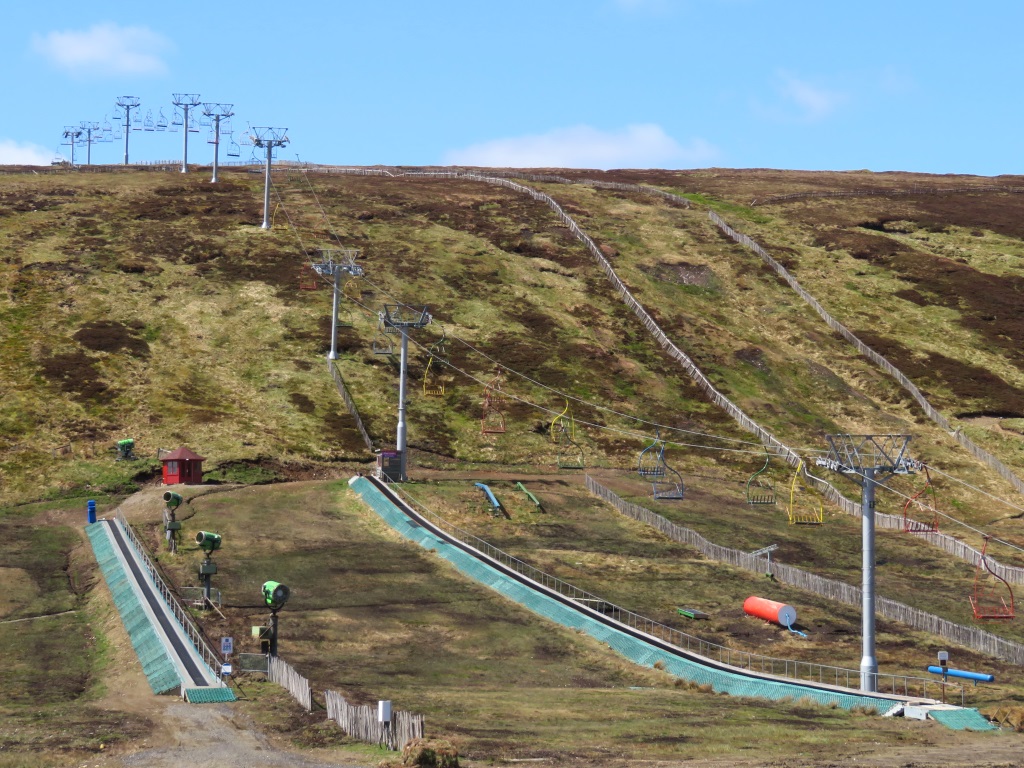 This is one pursuit SlyBob have never been seduced by and have no inclination to be mechanically helped up a hill. The chairlift looks quite high, though, and what with this vertigo...

Mannheim getting the wobblies just looking at that!