National Trust™-run hamlet including Bridge Cottage, Flatford Mill, The Granary, Valley Farm as well as the Lock and the Dry Dock.

There's never a policeman around when you want one is there? Well, get yourself to Flatford, there's dozens of them, Constables that is! Of course, this is in he of the Hay Wain's country and here it is, before and after. 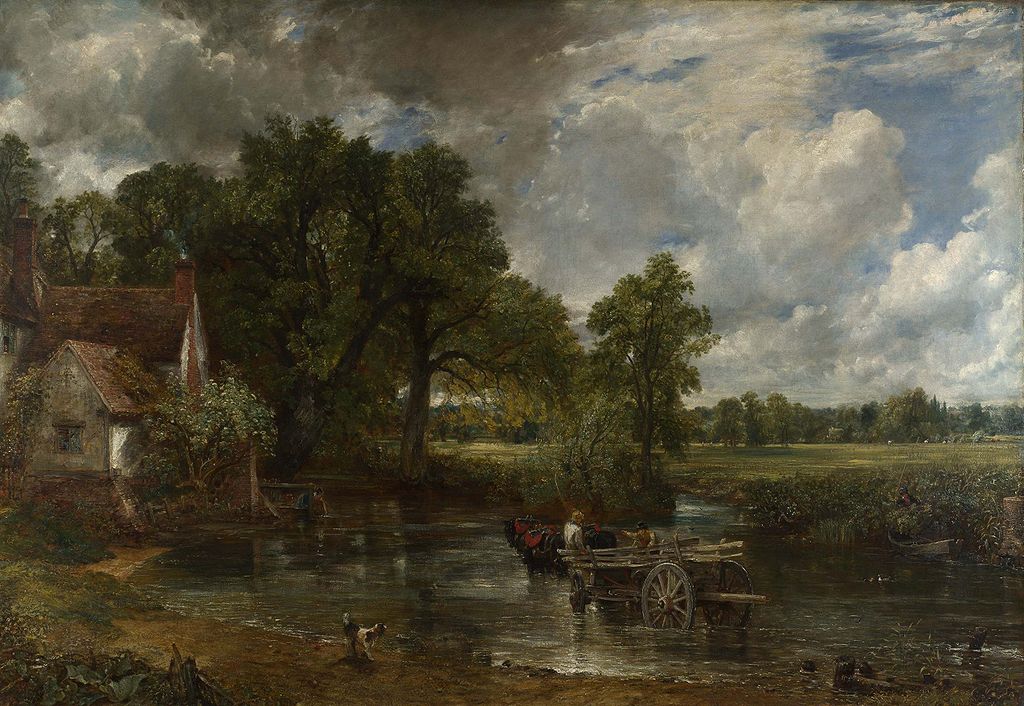 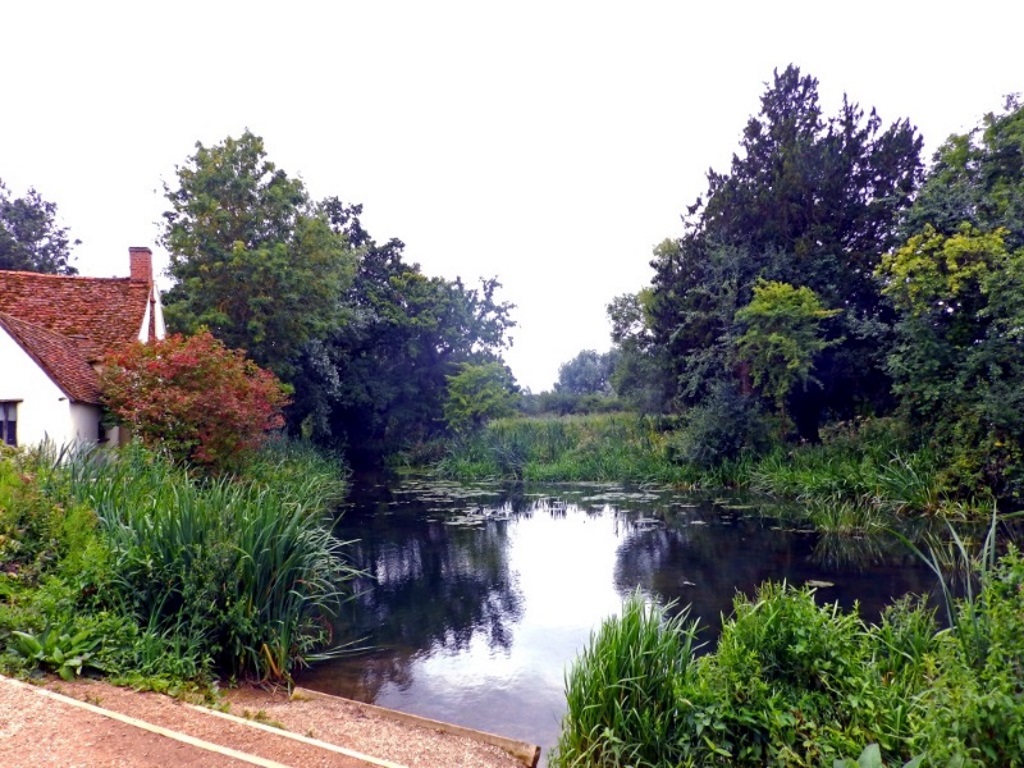 Willy Lot's cottage is still there on the left but the trees have since sprouted and there's nothing now where once there was a wain[1]. Where there would've been a wain, rising river levels mean any wain would now be washed awain, sorry, away.

[1] There were a couple of 'wains' in the café, running around making a right racket. This will mean nothing to you if you're not from Northern Ireland.

The whole place is National Trust™ run so you'll have to pay for the parking. If you've the front, you can try and convince that your party of eight came in a single saloon car, they honestly did.

There's a small, RSPB™-run wildlife garden, not shown, next the car park that's worth 20 minutes of your time and an approving nod. Despite there being several historic outbuildings, you're not allowed in most of them apart from the café and the small 'museum'. 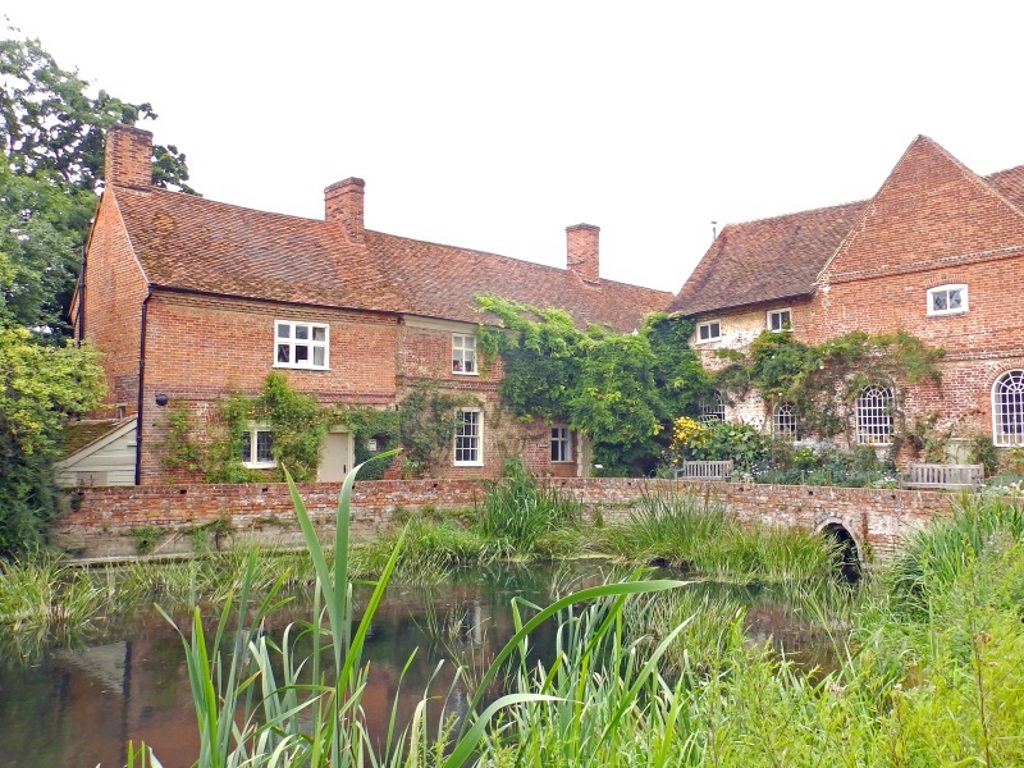 That includes Flatford Mill, the primary selling point of the place, and no, SlyBob can't believe the cheek of it, neither.

A National Trust™ grudge isn't exactly being harboured since Dunwich Heath but you could park up for free in nearby Dedham and walk here along the River Stour. 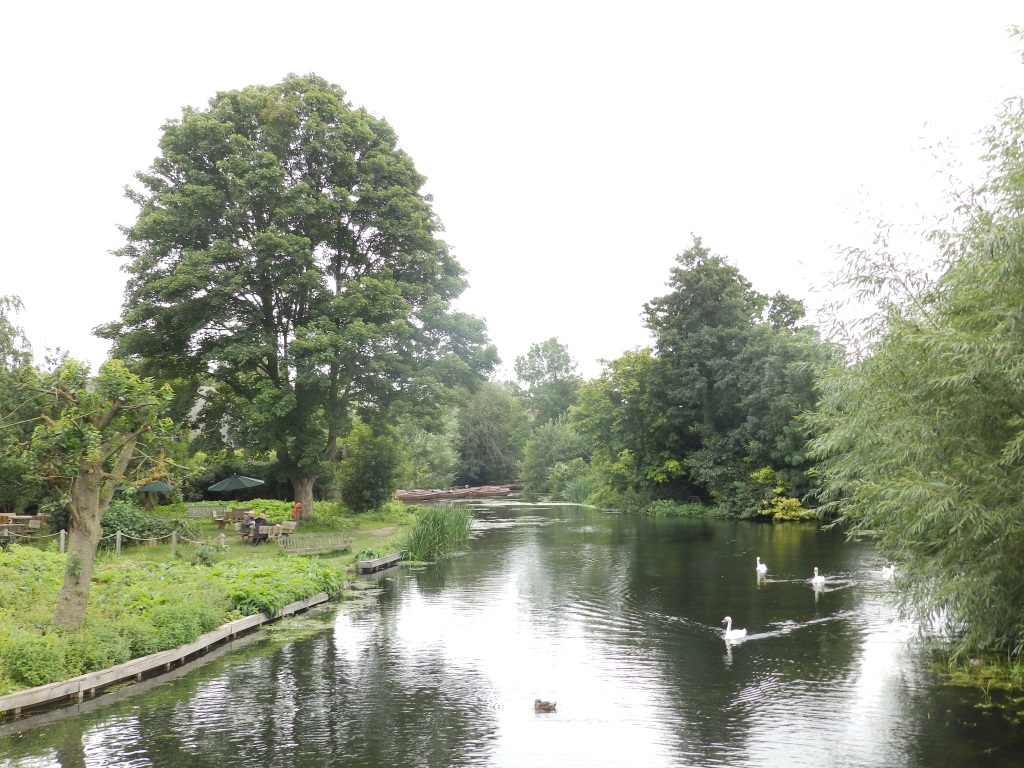 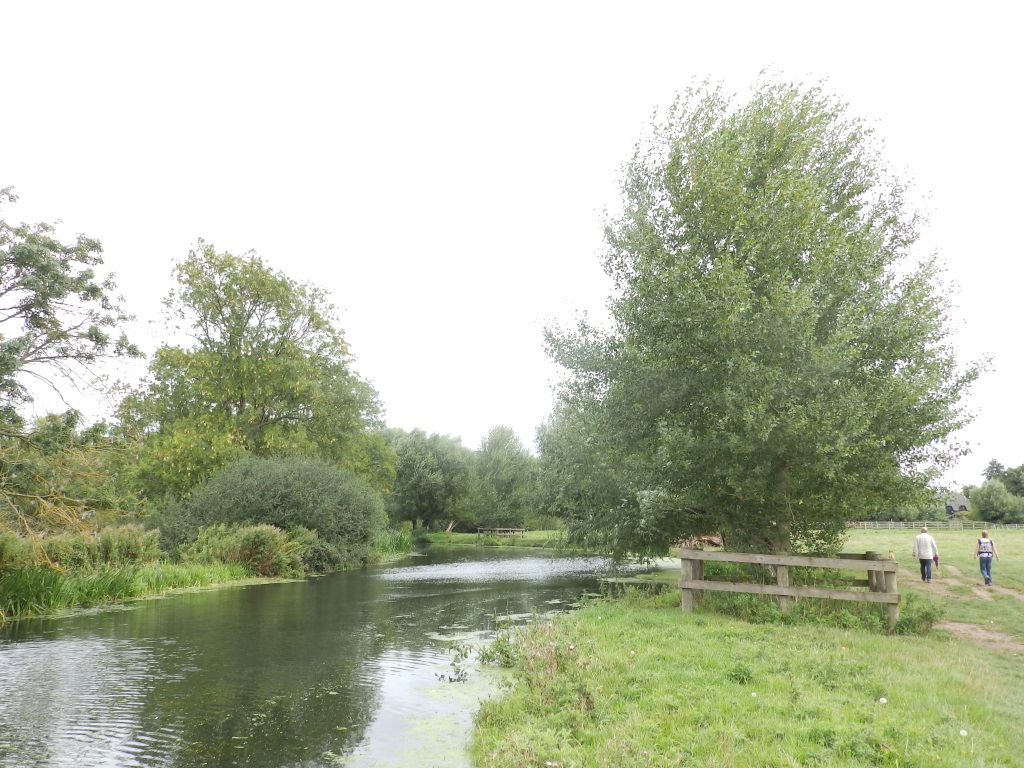 This stretch is sold as one of the most scenic in Suffolk and Essex is just down the way where a big old estuary awaits. If scenic watersides are your thing, however, Barton Mills takes some topping.

Just next to the bridge is a fact-filled Constable 'museum' but after that, that's pretty much Flatford finished.

Seasonal boat trips operate on the eight-mile stretch between Stratford St Mary and Brantham or you could just settle for a 'rower'.

Watermills, as a rule, tend to need some turbulence to fuel the spinning. To make the river navigable, navvies dug a ditch in the early 1700s and while this isn't the original lock, it's thanks to this that Stour River Trips now operate.

Constable was born in nearby East Bergholt not far from this church and its unusual, sundial clock, probably. 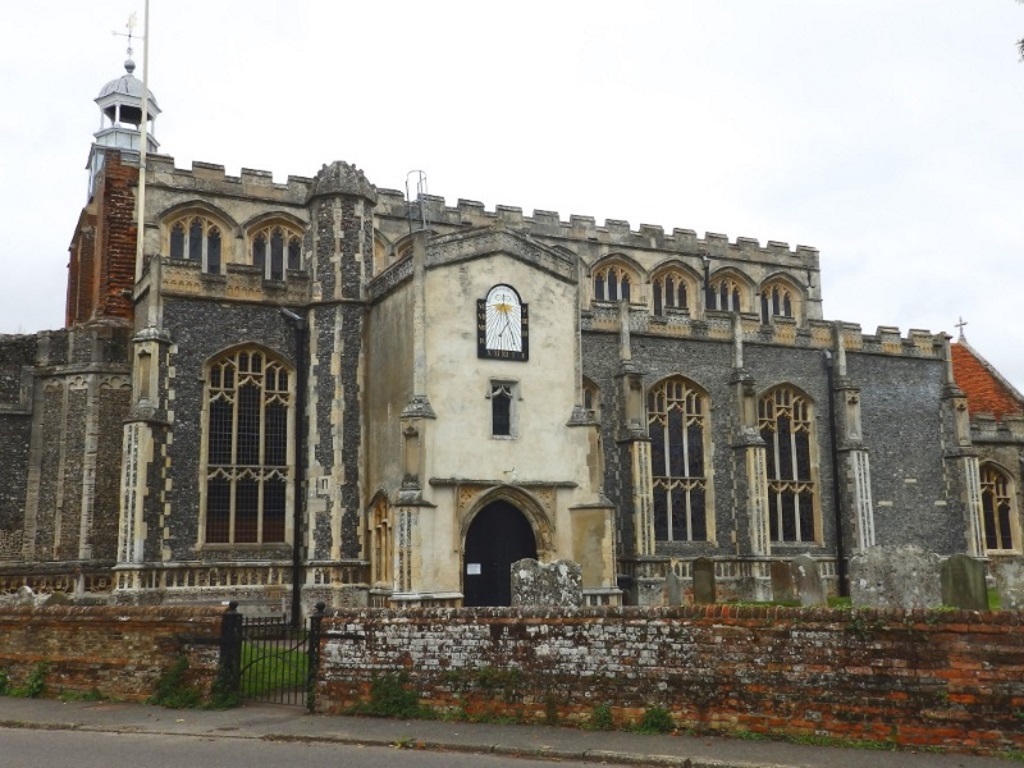 He's not buried here, however, so don't be expecting a grave, happen that'll be in Hampstead instead.

Pa Constable owned Flatford Mill of the Hay Wain fame, you see, so around here is where Constable Jr did his oily doodlings before finishing them off back in London.

Constable's trailblazing contemporary J.M.W. Turner, no less, was just one of his many critics, Constable's 'safe' subject matter deemed a little bit dull for the day.

Just like Saturday-teatime TV in the '70s, impressionism was very much in and if a weak food analogy were to be made, think Constable's Delia to Turner's Heston. Unlike Roast Beef and Yorkshire Puddings, however, Constable was loved in France and his paintings shot off the shelves and into the châteaus.

Constable died in 1837, aged 60, just eight years after eventual recognition and acceptance by the Royal Academy. His work endures over in Essex, however, in the family tradition of the naming of a first born son...